You are the owner of this article.
Edit Article Add New Article
You have permission to edit this article.
Edit
News
Sports
A&E
Business
Opinion
Obituaries
Multimedia
Announcements
e-Edition
Classifieds
Business Directory
Share This
1 of 4 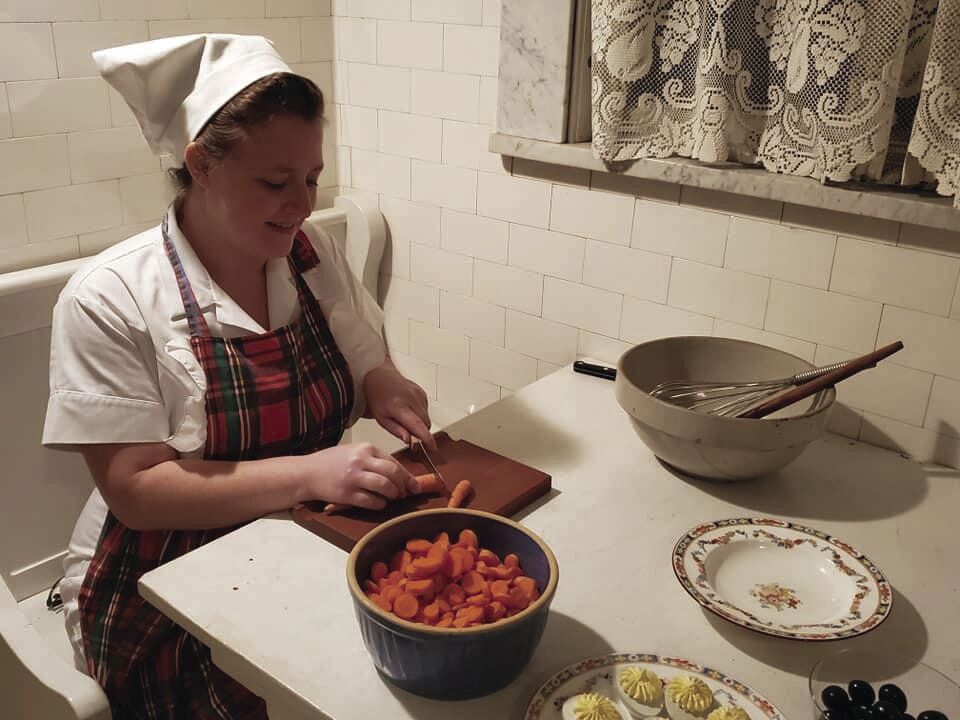 Courtesy Photo| Trail End State Historical Site Abby Nicodemus prepares a holiday feast during the 2019 Christmas with the Kendricks. The annual Christmas tours will return this year with social-distancing measures in place. 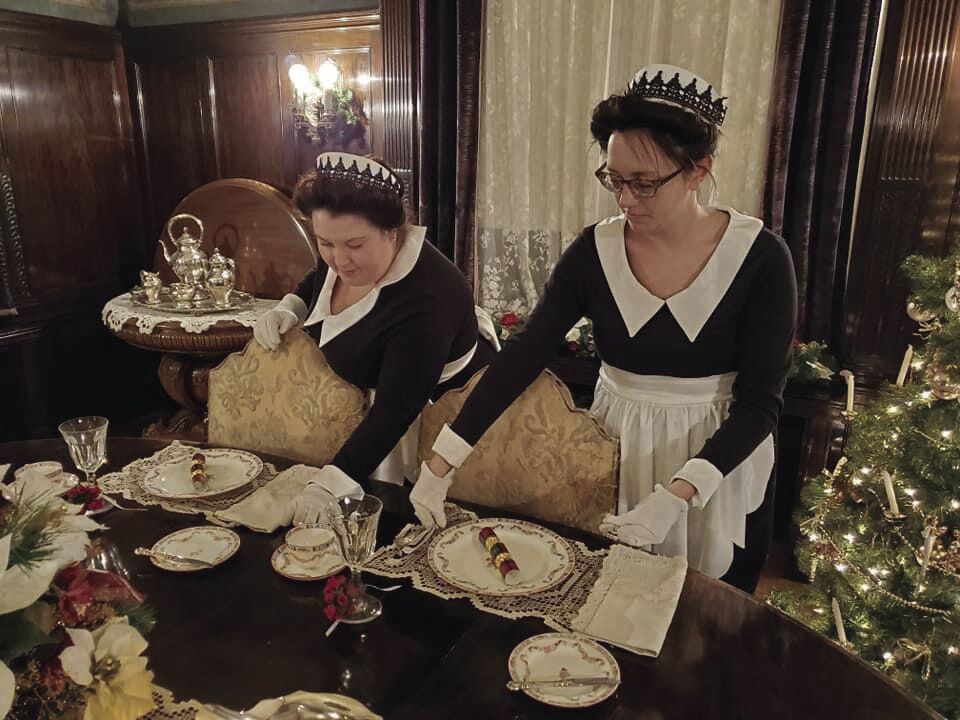 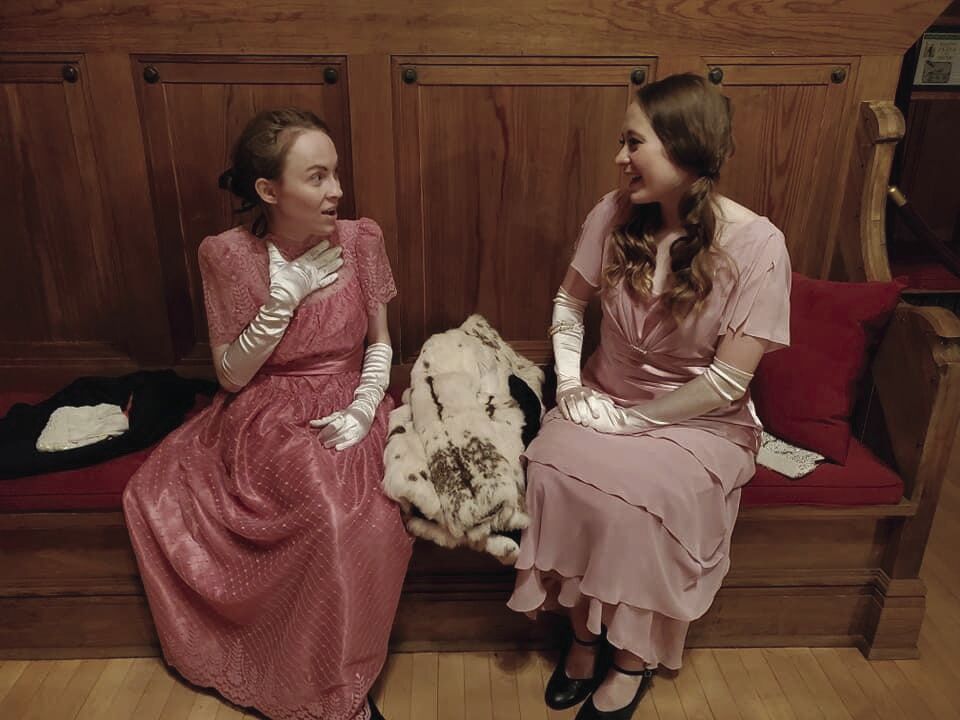 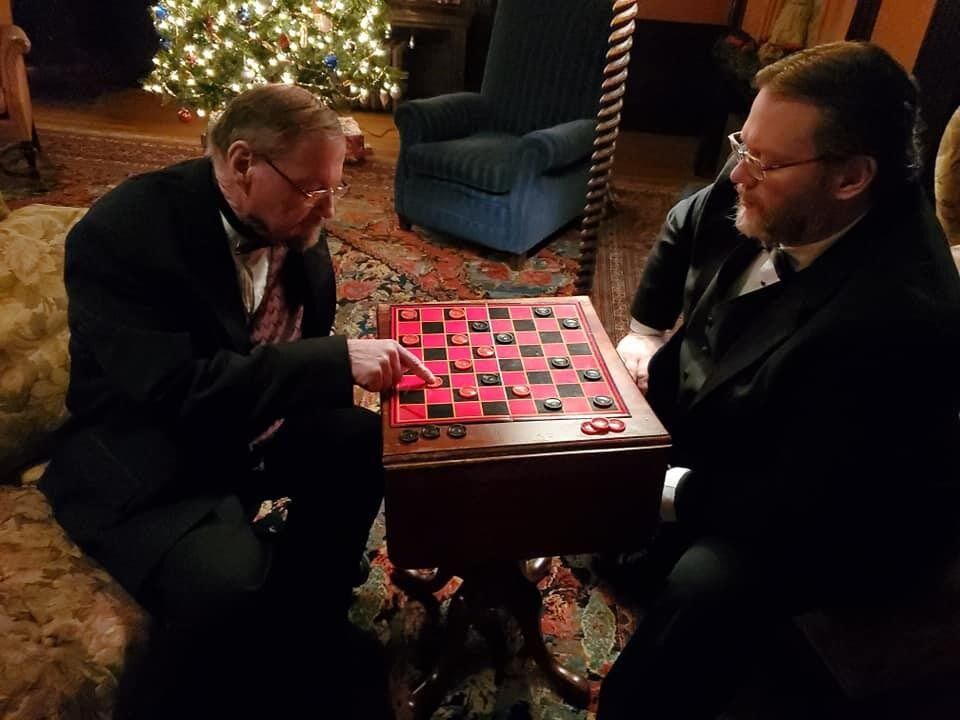 Courtesy Photo| Trail End State Historical Site Abby Nicodemus prepares a holiday feast during the 2019 Christmas with the Kendricks. The annual Christmas tours will return this year with social-distancing measures in place.

“The woods of Piney were searched for a perfect Christmas tree, one large and fine enough for the occasion,” The Sheridan Post wrote Dec. 19, 1920. “Such a tree was found and felled.”

The tree was grand enough to “furnish Yuletide to childish hearts,” according to the Post, and after a journey through the mountains conducted partially on bobsled, it did just that.

One hundred years later, the city of Sheridan is once again in need of a little Yuletide cheer, according to Sharie Shada, superintendent at the Trail End State Historical Site. That’s why the historical site is decking the halls of the old Kendrick mansion and turning back the calendars to December 1920 with its second annual Christmas with the Kendricks holiday tour.

“It’s a really nostalgic glimpse into the past,” said Trail End Guilds member Steve Baskin, who is playing John Kendrick for the second time. “It’s a great opportunity to see the house with all its Christmas decorations and a nice chance to see a glimpse of what Christmas might have looked like in that house and in that family.”

Shada wrote the script of this year’s Christmas with the Kendricks event by pulling from years of historical documents, including Kendrick’s writings and articles from local newspapers. From there, she speculated what the Kendricks may have talked about at a Christmas Eve celebration in their mansion — including a certain municipal Christmas tree.

Kendrick is one of Sheridan’s most famous figures — serving first in the Wyoming State Senate before being elected governor and eventually U.S. Senator, according to Baskin.

“He also became a self-made millionaire,” Baskin said. “And he did all that on a high-school education. He’s a pretty interesting guy.”

In 1920, Kendrick would have been serving his first term as U.S. Senator, Shada said, and the odds are that he would have spent his holiday season in Washington, D.C.

“That’s the one place where we’re taking a bit of liberty with the historical record,” Shada said. “This house was likely empty during Christmas 1920, but we’re imagining that they just came home off their train to celebrate a Wyoming Christmas with some friends from the East.”

Tour guests are walked through six scenes in the mansion imagining what the Kendricks, friends and staff may have been up to during the holiday season — from the cook preparing a sumptuous Christmas dinner to Rosa-Maye Kendrick discussing being presented as a debutante to society.

Guilds member Jayme Ackerman serves as one of the event’s tour guides.

“It brings the past to life in a new, fun way,” Ackerman said. “You can go into the mansion and actually see all the wondrous things that happened there. It’s cool to picture them in their home during the holidays and see what they would be doing during that time. You also get to hear stories that you wouldn’t necessarily know just by touring the mansion. I know I’ve learned a lot as I’ve served as a tour guide.”

Shada said she spent months poring over the historical record while writing the script for this year’s show. For his part, Baskin looked at old photos and read old letters from Kendrick to make sure his portrayal was just right.

And while it might be a bit intimidating to play such a major figure from Sheridan’s past, Baskin said he took comfort knowing his job was to draw attention to the real star of the show.

The tour serves as a fundraiser for the Trail End Guilds — the friends group for the historical site, according to Shada. The Guilds uses the dollars raised at the event for improvements to the mansion — from carpets and china to wallpaper and windows and doors.

“One thing we’re really proud of is that 95% of the items in the house were originally owned by the Kendricks,” Baskin said. “We just purchased some of their original fine china. That doesn’t come cheap, but it adds a real authenticity to the mansion that can’t be found anywhere else.”

Whether you’re a frequent visitor to the mansion or a first-timer, the holiday tours provide a great opportunity to see a beloved historical treasure in a fresh light, according to Baskin.

“Most people in the community know the Kendrick house, but some have never been,” Baskin said. “This is just a great opportunity to see the house with all its Christmas decorations and imagine what Christmas might have been like in 1920.”

Due to COVID-19 concerns, Trail End is limiting tours to six people at a time  to allow for social distancing, according to Shada. Masks are required. The one-hour tours will be staggered throughout the day Dec. 18, 19 and 20. Tickets are $10 and can be purchased at www.trailend.org.