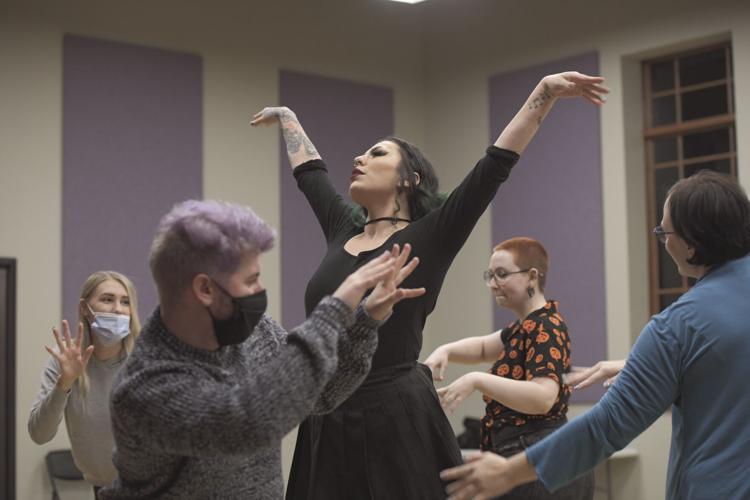 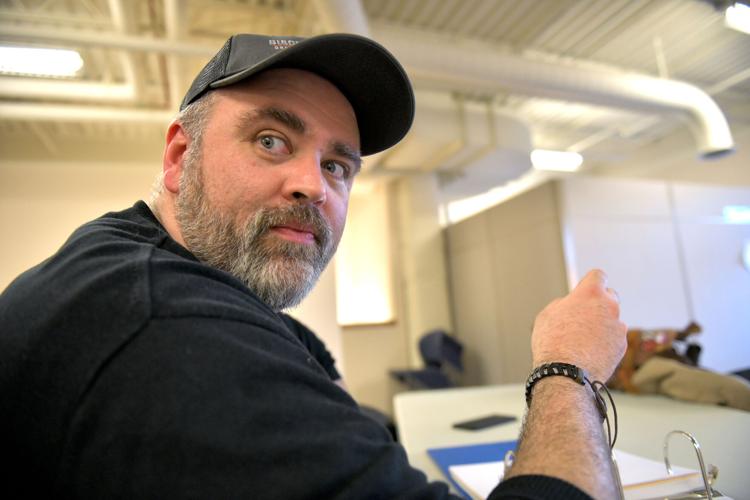 In the middle of a rehearsal on a Sunday evening, my mother texted me to update me about the Kansas City Chiefs game she was watching, and how exciting it was. I texted her once I was done with rehearsal to let her know I was done, and that I didn't respond right away because I was in rehearsal. She responded, "... that's a bit of a shift, huh?"

She was referring to the fact that I just got out of a rehearsal for this year's production of "The Rocky Horror Picture Show," but for the previous two nights, Trident Theatre led the storytelling tours at Fort Phil Kearny for their Full Moon Fort event. Quite the shift indeed.

While this year's Full Moon Fort tours told the story of the Fetterman Battle with intense description of life in the post-Civil War frontier and frozen and mutilated bodies, the tours were nonetheless intended for a more general audience (although families were warned that only the first tours of the evening would be scaled down for kids to enjoy). So jumping from a detailed theatrical retelling of history to a niche cult classic with strong sexual themes told in a hilarious campy format ... perhaps my mother was surprised I didn't get whiplash.

At the time she said it, I guess I didn't think much of it, other than counting my lucky stars that I was able to land two great theater gigs in one season. But, once she said it, my introspective gears started turning. On one hand, being the head of a theater production company allows for the sovereignty to choose projects that would be interesting to pursue. On the other hand, it's hard to turn down a job.

But, upon reflection, I think it's an absolutely wise thing for artists to be able to have a breadth of diversity to their product. For the photographer, it must have been quite the shock to switch from film to digital, to not actually need a darkroom anymore, and just how that change made photographers view the world. And still, there are photographers who still prefer film over digital, but again, I think it's fascinating to have such versatility within a single art form.

I also realize that not every show can please every audience. Try to name a play that meets all needs. I'll debate anyone on any play, even my favorites. I know I've been guilty of thinking, "How can anyone like THAT?" But yet they do, which I believe speaks to the diversity of tastes that are out there. There is something for everyone.

But all in all, I do appreciate the fact that since its inception, Trident has evolved into something that can offer a variety of not only types of plays and productions, but also delivery methods by which it entertains its audiences.

For those of you who attended Full Moon Fort, I sincerely appreciate your patronage. And, if you think it might be for you, I encourage you to give "The Rocky Horror Picture Show" a shot. I've got a lot of high-minded reasons about why the experience is still a valuable part of collective culture. But, you could just come and let your inhibitions loose for a night and have a crazy fun time. It plays one night only, Oct. 29, at 7 p.m. at the WYO Performing Arts and Education Center.

Oh, and by the way, the Chiefs eventually won that game. I personally am not all that entertained by football, but I'm glad mom has that to rely on each week.

I'll see you at intermission!