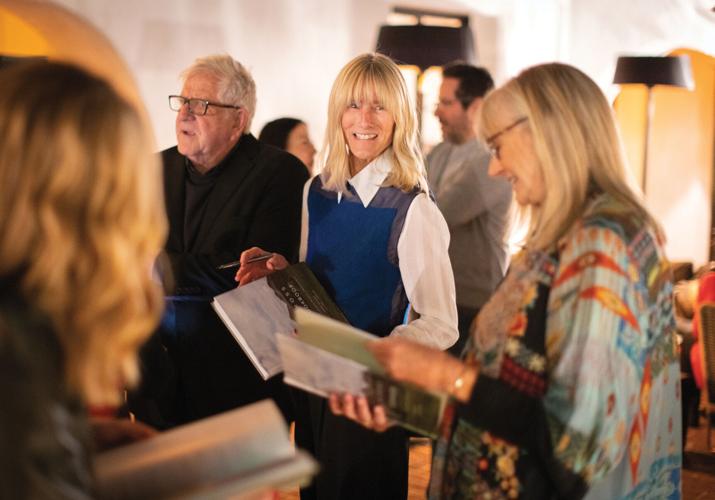 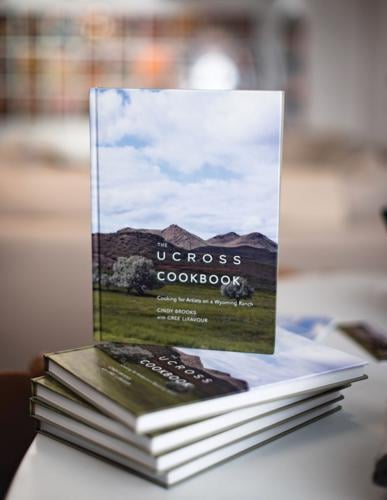 “The Ucross Cookbook” oversees a holiday reception to celebrate the book’s publication on Dec. 13, 2021. 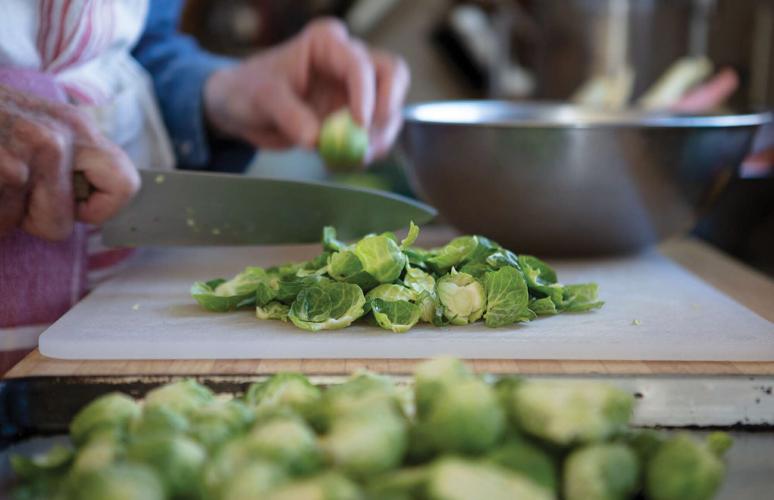 A cook chops Brussels sprouts to prepare a dish from "The Ucross Cookbook."

“The Ucross Cookbook” oversees a holiday reception to celebrate the book’s publication on Dec. 13, 2021.

A cook chops Brussels sprouts to prepare a dish from "The Ucross Cookbook."

SHERIDAN — Cindy Brooks, chef at the Ucross Foundation, has shared her recipes here and there among fellow Wyoming residents and those she has met traveling.

With a sudden increase of free time amid the pandemic, however, she took it upon herself to compile her recipes in a cookbook reflecting the culture of Ucross and its residents.

The resident-centered cookbook features an array of Brooks’ recipes, most by popular demand, as well as creative essays and landscape photographs from 10 Ucross alumni artists. The essays detail the former residents’ experiences at Ucross and its cuisine, Brooks said.

Experimenting with cooking for more than 30 years, Brooks’ has a vast cooking repertoire, including work as a private chef, caterer, restaurant chef and restaurant owner. For the past 12 years, she has debuted her recipes to the residents of Ucross.

Her cooking is greatly influenced by her travels.

“The recipes reflect the experiences I’ve had as a chef and traveling over the years developing different recipes and bringing them here and developing what I’ve seen here,” Brooks said.

Because many of the Ucross residents only stay a month, Brooks said she liked to pack the menu with various international dishes.

“I try to keep it interesting for the residents as well as me,” she said.

Cree LeFavour, former Ucross resident, co-authored the cookbook and greatly aided its writing outside of the recipes themselves. LaFavour and Brooks corresponded over numerous Zoom meetings.

“[LeFavour] has a similar sensibility about food that I do so it was a good match,” Brooks said.

The cookbook was funded by a Kickstarter crowdfunding campaign.

The fundraised money covered payment of contributing artists, photographers, editors and other key people who helped the cookbook come to fruition.

Launch events were held at the WYO Performing Arts and Education Center, the Century Club in New York City and the home of a supporting couple in Beverly Hills.

“This way, we could thank and celebrate with our home community and our alumni artists in New York and LA,” Addlesperger said.