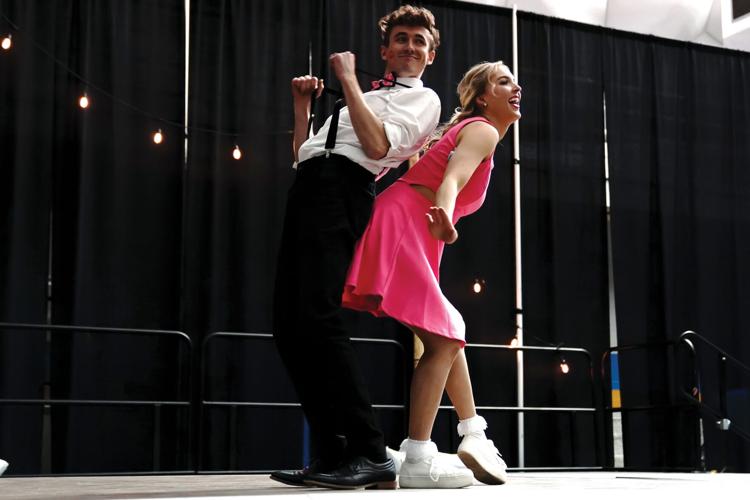 Titus and Cheyenne Brown shake and shimmy during Gravity Performing Arts Center's So Sheridan Thinks They Can Dance fundraising event Thursday, May 19, 2022. 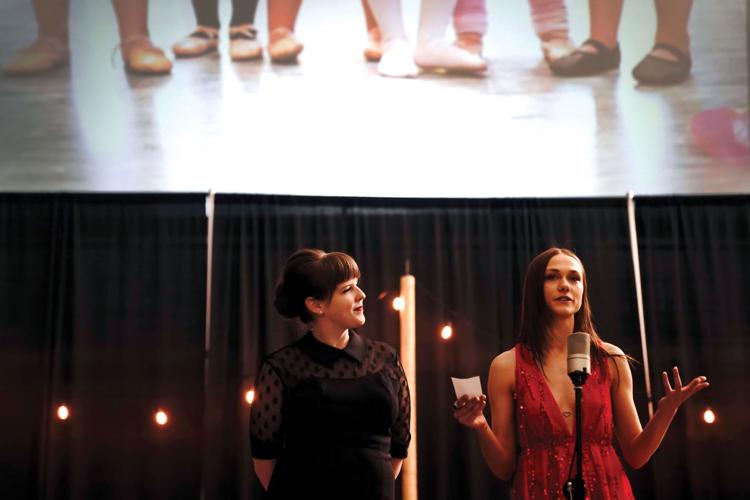 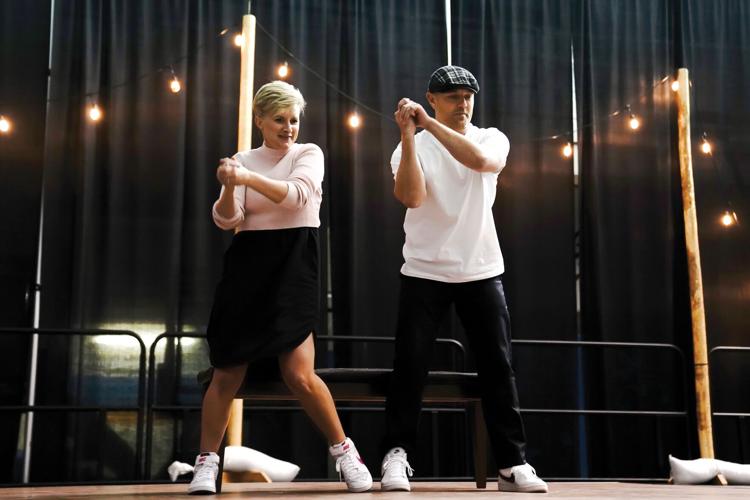 Ashley and Tim Cooper channel their inner B-boys during the dance competition at Gravity Performing Arts Center's So Sheridan Thinks They Can Dance fundraiser Thursday, May 19, 2022.

Titus and Cheyenne Brown shake and shimmy during Gravity Performing Arts Center's So Sheridan Thinks They Can Dance fundraising event Thursday, May 19, 2022.

Ashley and Tim Cooper channel their inner B-boys during the dance competition at Gravity Performing Arts Center's So Sheridan Thinks They Can Dance fundraiser Thursday, May 19, 2022.

SHERIDAN — Presented by Gravity Performing Arts May 19, six couples competed in the “So Sheridan Thinks They Can Dance” competition and fundraiser at the Bruce Hoffman Golden Dome on the Sheridan College campus, each putting in numerous hours practicing their designated routines.

Each pair is fairly recognizable in the community, ranging from small business owners to teachers.

“Just like on the T.V. show, they drew dance styles out of a hat, and so our dancing teachers have been teaching them these cool routines,” Gravity Executive Director Kathryn Rochelle said ahead of the competition.

One couple in particular, Cheyenne and Titus Brown, put in a lot of work to perfect their jazz routine, going in for three months to do so. Along with practices at the studio, they worked on the dance at home.

The couple first became involved in the competition through connections within the community.

“We definitely wanted to win,” Cheyenne Brown said. “Our dance was really fun and humorous, being really upbeat. We just had fun and were goofy with it.”

Another couple, Tim and Ashley Cooper, went in every week to practice a hip hop routine for eight weeks with LeAnn Wamsher.

“We have watched a lot of hip hop videos to prepare,” Ashley Cooper said. “We have also listened to some throwback hip hop.”

The pair said they enjoyed stepping out of their comfort zone and having fun. With dance couples coming into the competition with little experience in dancing, the main focus was having a great time rather than perfecting a dance move.

Gravity Performing Arts is fairly new to the community, hosting its grand opening in November 2021 based on Ashlee Quarterman’s vision. Quarterman grew up dancing in Sheridan, then attended the University of Wyoming for dance.

“She really wanted to create a place with tons of opportunities for young performers in Sheridan,” Rochelle said. “Ashlee really saw a need for a place where people can get really high-level training.”

In addition to Gravity’s staff teachers, the organization brings in master teachers and guest artists from around the country, allowing people to connect from Sheridan to the United States and beyond.

While the company is centered around dance, it also integrates musical theater, improvisation, guitar lessons and potentially art classes.

In the end, Frank and Kirstin Maestri won both the People’s Choice and Judge’s Choice awards.

“The community support has been absolutely amazing,” said Cooper, who teaches art at Sheridan High School. “I cannot stress that enough.”