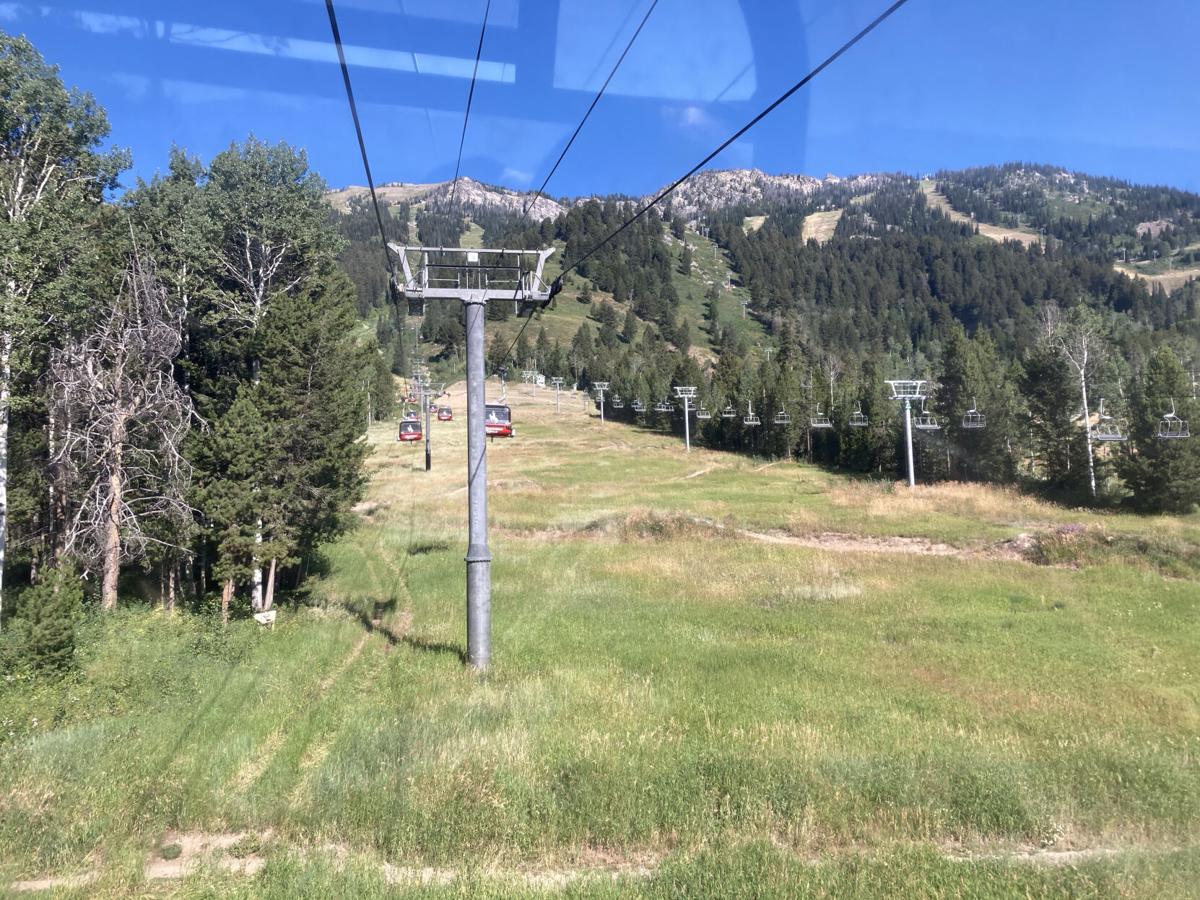 We are all born at hip level. Some of us feel the need to climb to the top where the going gets rough and the falling is far.

When my son Ian reached the golden age of 10, I took him out with his two brothers to play on the porch of the Best Western on Main Street. He made a $10 tip and a life-changing decision that day: he would spend the rest of his life working as a musician. Over the next few years, I tried talking some sense into him. Our conversations went something like this:

“So, any more thoughts about what you might want to major in next year?”

I’d blink my eyes and rebound. “Dude, you’re gonna have to pay your dues and keep climbing one hard step at a time. What would you even major in?”

“Either songwriting or performance.”

“Man, music is just not the best way to make a living.”

With that closing statement, he rested his case.

The summer just before he took off to start making his own way in the world, a friend of mine called me about a gig in the Jackson Hole area. He needed a fiddle player and a bass player, and I told him I knew just the two guys for the job.

“What kind of a gig is it Dad?” Ian asked, suspicion lurking in his voice. He’d been in on one too many of dear old Dad’s “it’ll build character” jobs.

“Oh, it’ll be a good one for you man. Pretty country, cash money, nice road trip with me.” I took his silence as enthusiastic acceptance.

When the day rolled around, we made our pilgrimage to the Tetons and met our friend Derrik at the ski area where we learned the wicked truth about what awaited us.

“OK, the only way I see that we can make this work is by me hopping the gondola and you guys shuttling the equipment to me at a high lope. The guy running the lift isn’t too wild about stopping it so we’ve gotta work fast.” Derrik announced his plan with a false tone of confidence. Ian turned to me and whispered, accenting his first and last words by pointing to his chest and then to the sky.

“Ready? No time for chit chat!” Derrik yelled out from above us. We turned around and saw that he had already commandeered a gondola car and was coasting in our direction.

In too much of a rush to continue our conversation, we managed to run and pass off a PA mixer, two speakers, speaker stands, two amplifiers, three mic stands, two cases of cords, a case of lights, a bass, an electric guitar and a fiddle. Ian and I jumped in at the last second and, just like that, we were all airborne with a band’s worth of equipment, flying high into the clouds above the valley below.

“That was fantastic, boys!” Derrik was enthused. “Now all we need to do is repeat the process at the top.”

I caught Ian’s eye. It was hard to read his emotions but really easy to see he was not elated.

It seemed like seconds later we were jumping off without our parachutes, landing on our feet and starting to unload the moving car. The three of us packed our gear up a large set of stone stairs and into the lodge. From there we shuttled it into an elevator and out to the upper level at which point we, once again, did our dance to the music of a clanging elevator door.

We got set up, tuned up, played, then tore down, packed up, loaded out and loaded up into the moving midnight gondola. At the bottom we unloaded, reloaded and drove over the pass to Derrik’s house. After sleeping for six hours, we loaded up again and hit the open road for our last run toward home. It seemed like a good time for some fatherly advice.

“Son, you’re gonna be playing all kinds of gigs. Some will be awesome; some will be terrible. No matter what happens, though, you’ve got one thing now that you can always brag about.”

We both waited until he had to ask. “What’s that?”

“You took your music all the way up to the top.”

Dave Munsick is a local musician and storyteller in Sheridan County.