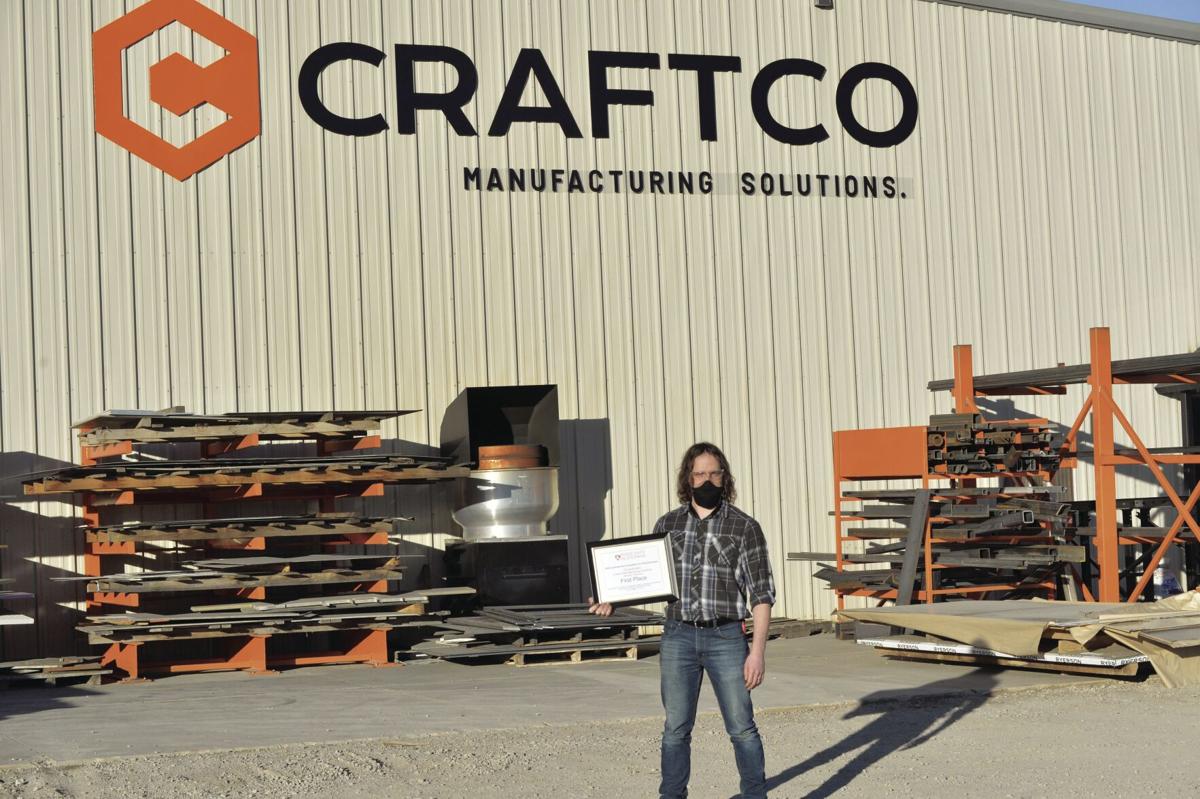 Craftco’s cyber leader Brad Orr poses in front of the building with the company’s first palce cybersecurity award. Craftco was one of two local businesses to emerge victorious in a statewide contest. 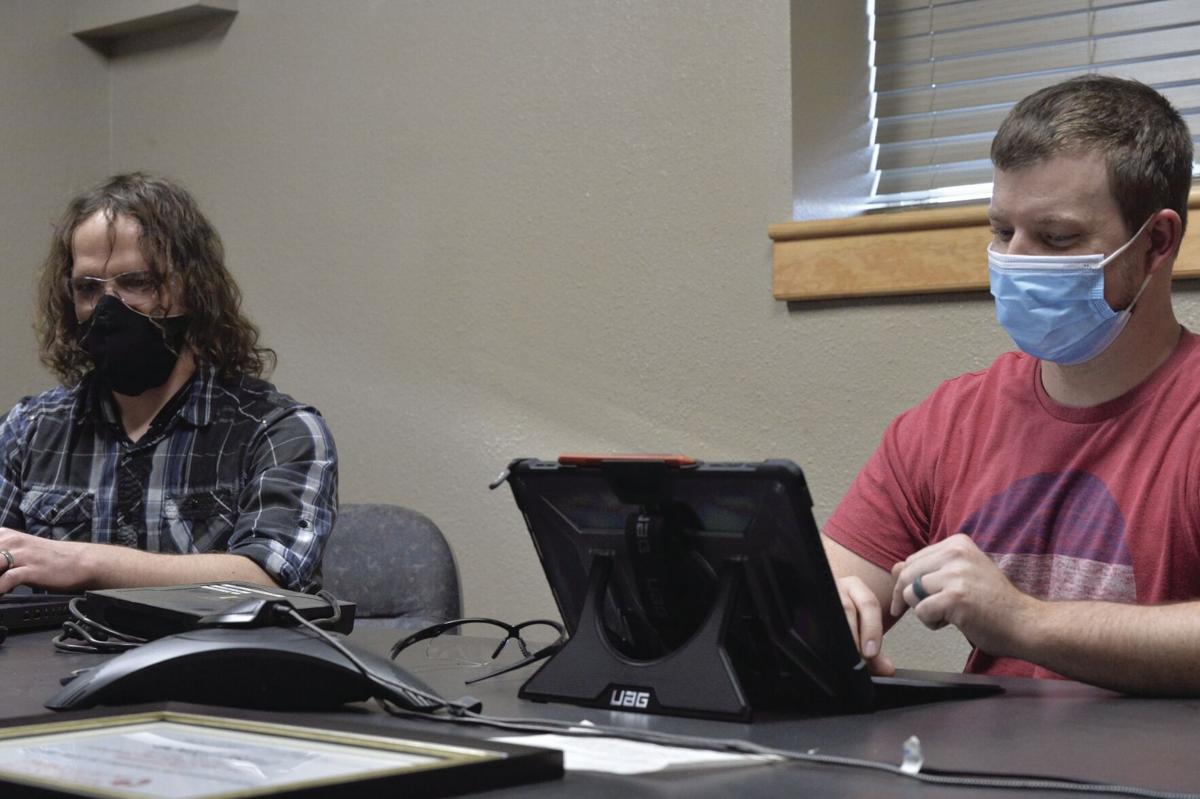 Brad Orr and Brandan Levee of Craftco work at their computers. Craftco emerged victorious in a statewide cybersecurity contest recently. 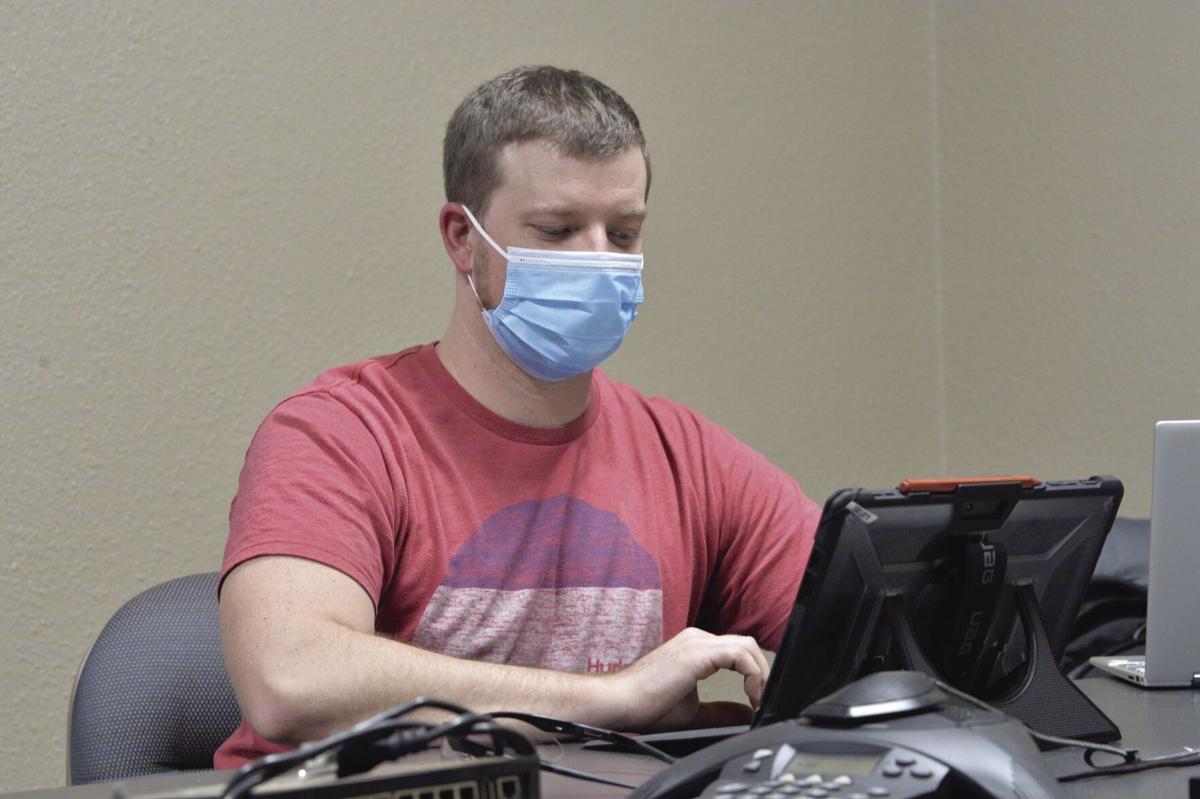 Craftco’s cyber leader Brad Orr poses in front of the building with the company’s first palce cybersecurity award. Craftco was one of two local businesses to emerge victorious in a statewide contest.

Brad Orr and Brandan Levee of Craftco work at their computers. Craftco emerged victorious in a statewide cybersecurity contest recently.

SHERIDAN — Success in cybersecurity starts on the employee level, according to the local winners of this year’s Wyoming Cybersecurity Competition for Small Businesses.

“Nobody wants to memorize a longer password or lock down their computer more than they have to,” said Brad Orr, cyber leader for first-place winner Craftco. “But those little things make all the difference in cybersecurity. If you develop an overall attitude of being safe when you’re working, that is a good first step toward success.”

CyberWyoming — a nonprofit organization seeking to encourage best practices in cybersecurity and advance the security of Wyoming through information sharing — launched its free cybersecurity competition in 2018 to provide a service to Wyoming businesses and raise awareness about potential cybersecurity threats.

During the competition, Executive Director Laura Baker works hand-in-hand with a company-appointed “cyber leader” at each business to develop and implement a cybersecurity plan. Companies have from February through August to complete the project, and they are judged on a variety of factors including presentation, thoroughness, technical expertise, progress toward goals and planning.

“You can do everything right from a technology perspective, but it doesn’t work if people aren’t complying with it,” said Kelly Hahn, cyber leader for second-place winner Wyoming Roofing. “A shift to cybersecurity is just as much cultural as it is technological.”

Those cultural and technological shifts at Craftco and Wyoming Roofing helped the Sheridan-based companies rise to the top of the list during the third annual statewide cybersecurity competition.

This year’s Sheridan success stories are emblematic of a culture of cybersecurity growing in the city, according to Baker, organizer of the yearly competition. During the event’s first three years, Sheridan businesses accounted for one-third of the total winners and Sheridan has had the most wins of any community — beating out much-larger cities like Cheyenne and Laramie. In addition to Craftco and Wyoming Roofing’s 2020 wins, First Federal Bank and Trust of Sheridan took first place in the inaugural competition in 2018.

“Sheridan’s becoming a little microcosm of cybersecurity awareness,” Baker said. “I think it has a lot to be proud of.”

Craftco emerged victorious this year after competing previously in 2019. Baker said the company has come a long way in a relatively short amount of time, developing an entire cybersecurity system from scratch in less than two years.

“With Craftco, I think the really inspiring thing is that they stuck with it for two years and basically started from scratch,” Baker said. “They kept working at it. I was also really impressed that it slowly became a part of the organization’s culture. It became a standard topic at staff meetings, and the whole culture shifted to talking about cybersecurity and making a real effort to improve it.”

Orr said Craftco’s participation in the competition led to a dramatic rethinking of cybersecurity at the company.

“Before now, there has never really been a direct focus on making sure that our equipment was secure,” Orr said. “But if the system was taken down, that would be catastrophic. We knew we needed to protect our servers so we could keep serving our customers.”

With Baker’s help, the company made a variety of changes big and small, from upgrading equipment to installing antivirus software to implementing password policies and staff education.

“Laura’s advice alone was a huge benefit,” Orr said. “We wouldn’t have gotten nearly as far as we did without her. I think we’re all a lot more confident in our system’s security than we were two years ago.”

According to Hahn, Wyoming Roofing’s participation in the competition this year was an extension of the company’s commitment to safety and service.

“We take safety very seriously,” Hahn said. “It’s part of our organization’s culture as roofers. We just felt like we had some work to do in order to keep our customer and employee data safe and secure.”

Throughout the process, Hahn thought creatively and imaginatively about how to promote cybersecurity, Baker said.

“One of the things the judges look at is how creative the solutions were,” Baker said. “I was consistently impressed with Kelly’s creativity. She knew she wouldn’t be able to train staff in the new policies during the summer busy season, so she created a training plan that started in December. In the training, she tried to incorporate games and competitions to make it more involving. There is even a scavenger hunt where employees look for devices that are not cyber-secure.”

As she improved her company’s cybersecurity, Hahn grew a bit as well.

“In going through the competition and working with CyberWyoming, I was originally so intimidated because I am not a technology-savvy person typically,” Hahn said. “I knew cybersecurity was important, but I was content to let other people worry about it. I’ve learned that I can take on more than I thought. Inactivity is not going to solve any problems. Somebody has to step up.”

Both Orr and Hahn encouraged local businesses to participate in the fourth annual competition, which will launch in February.

“I would encourage any local business to participate in the CyberWyoming competition,” Hahn said. “I think it will make a world of difference for anybody.”

“We are reaping the benefits of our improved cybersecurity,” Orr said. “If you participate in the competition, I don’t think you’ll regret it.”

For more information about the 2021 Wyoming Cybersecurity Competition for Small Businesses, see cyberwyoming.org/competition.