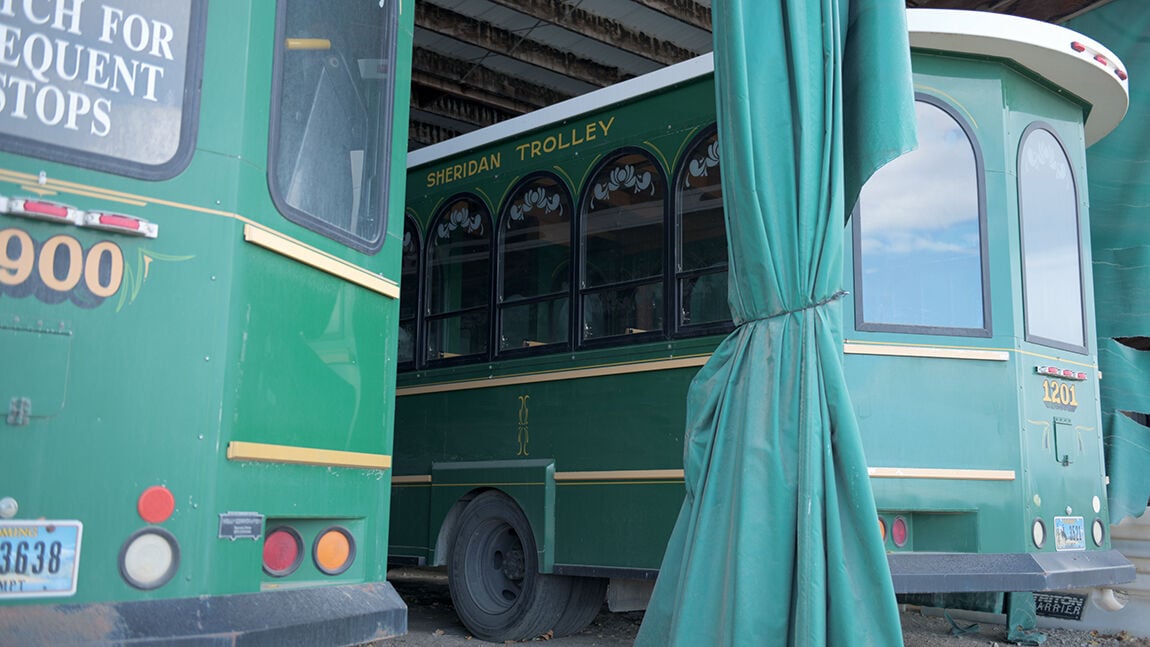 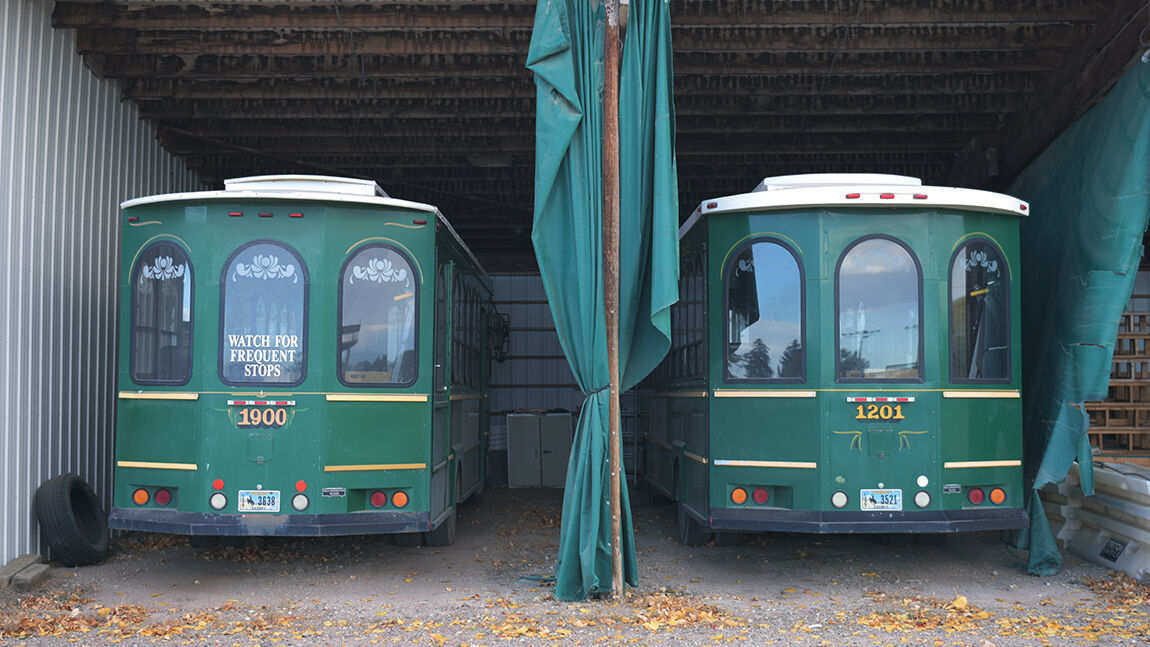 The Sheridan Trolleys are currently housed at the Sheridan County Fairgrounds Monday, Oct. 12, 2020. They are not currently rentable due to the COVID-19 pandemic.

The Sheridan Trolleys are currently housed at the Sheridan County Fairgrounds Monday, Oct. 12, 2020. They are not currently rentable due to the COVID-19 pandemic.

SHERIDAN — The future of the Sheridan Trolleys, most well known for weddings and use for shuttling people during Rodeo Week, is in question after the Sheridan County Chamber of Commerce Foundation decided they no longer want to be in charge of operating them.

Sheridan Public Works Director Lane Thompson said the trolleys were originally purchased in 2000 with a combination of $76,500 in private donations and $51,504 in what is now known as the Wyoming Department of Transportation Transportation Alternatives Program grant. This grant is money for community-based projects that expand travel choices while improving cultural, historic or environmental parts of transportation infrastructure.

“Back in 2000, the city entered into an agreement with the Chamber Foundation to run the trolleys,” he said. “They have not cost the city anything but a little bit of time.”

The agreement stipulated the trolleys are owned by the city but are operated by the nonprofit arm of the Sheridan County Chamber of Commerce.

Chamber CEO Dixie Johnson said the Chamber Foundation has been the organization operating the trolleys for the last 20 years, since the beginning of that partnership.

“The first few years, they were just so beloved and used for the tourists and we had such support and that was really wonderful,” she said. “Over the last 10 years or so, we’ve started seeing kind of a change in the operations. With the onset of COVID, we made the decision, of course, to suspend running the trolleys.”

While the Chamber Foundation signaled they were no longer interested in operating the trolleys, they did show interest in obtaining ownership of them for one year in an effort to find another business or organization who would keep them local.

Because of this, Thompson presented city council with a plan Monday to transfer ownership of the two trolleys to the Chamber Foundation for one year while they attempt find a new, local owner for the trolleys. If that did not occur within the year, the trolleys would be returned to city ownership.

Johnson said the Chamber and city felt they needed to make this move because they have had conversations with other local organizations, like Sheridan County Travel and Tourism and the Sheridan WYO Rodeo Board, to see if anyone else was interested in entering into an operating agreement with the city, but couldn’t find anyone to take over.

“We want to see and explore an option locally,” she said. “We think there might be a business right now that they are just now learning about it and say ‘Hey, I’d love to expand my business and take on the trolleys.’”

Thompson said he felt this plan was the best option because it would get the trolleys off the city books while also giving them a chance to stay local.

However, that plan failed by a vote of 5-2 at a September city council meeting, with several councilors and the mayor expressing more interest in keeping them in city hands and attempting to move them to a local entity themselves.

Mayor Roger Miller even proposed an initial plan of putting out a request for proposal for anyone in the community who may be interested in taking over operation, and if no one is, putting the trolleys up for auction and using them to help city projects or community organizations.

As of October 13, no future plans have been made by the city on how to move forward, so the future of the trolleys and the ability to keep them local remains in question.