Sign Up
Log In
Purchase a Subscription
You have permission to edit this article.
Edit
News
Sports
A&E
Business
Opinion
Obituaries
Multimedia
Announcements
e-Edition
Classifieds
Business Directory
Share This
1 of 4 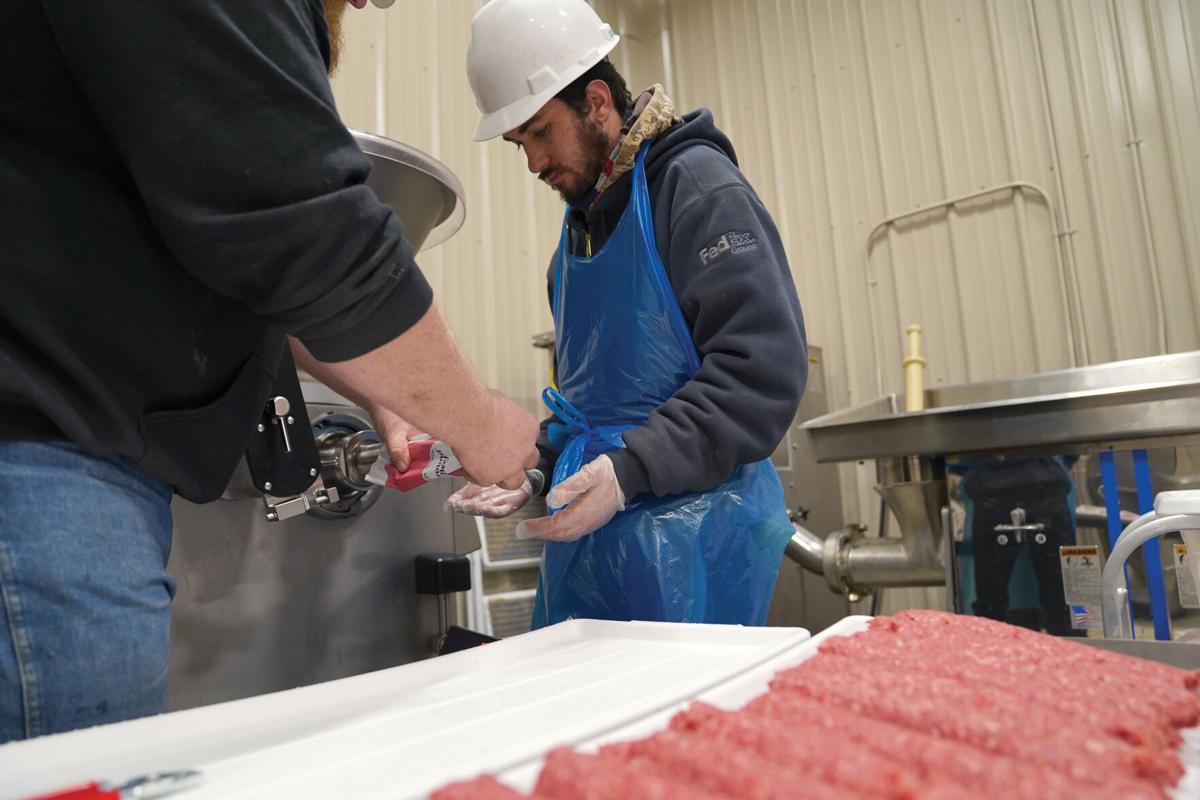 Brian McGuire, left, trains Alex Abel on how to use the Lucky-Linker at Western Heritage Meat Company Thursday, Jan. 28, 2021. The Lucky-Linker can be used for packaging ground beef, making sausage and a variety of other applications. 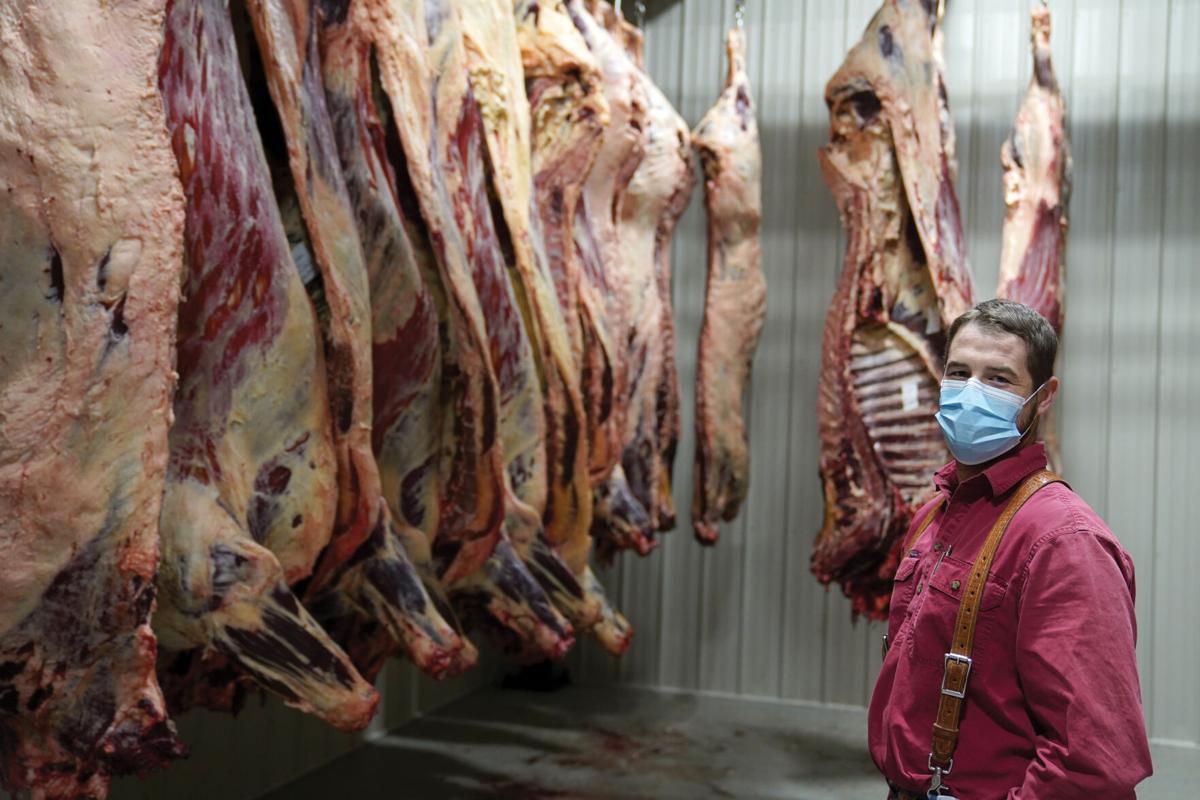 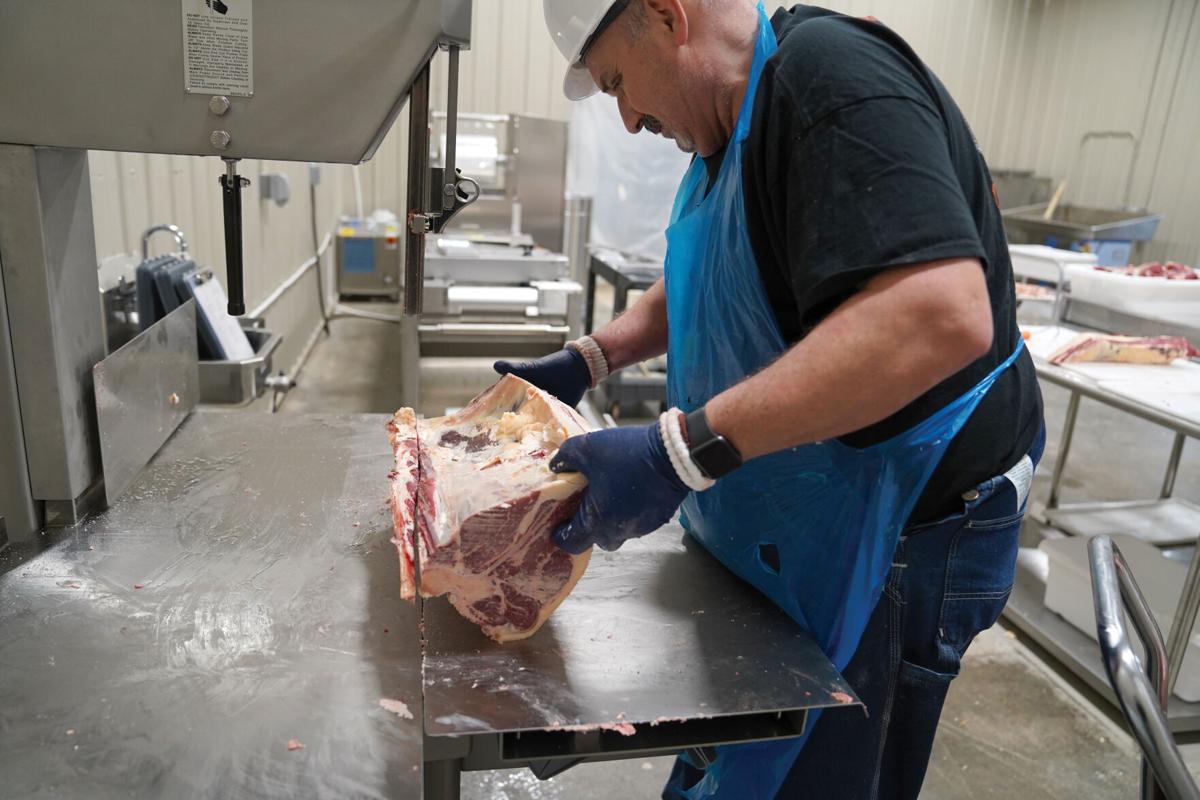 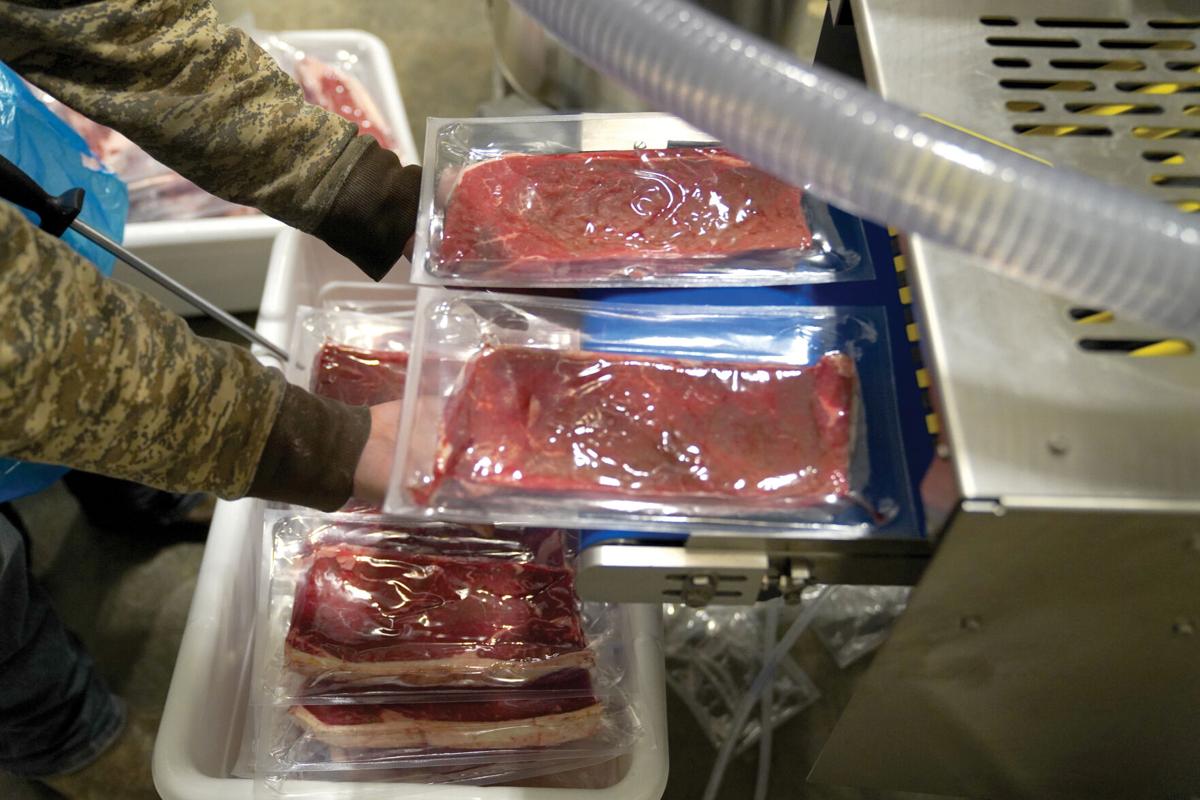 Brian McGuire, left, trains Alex Abel on how to use the Lucky-Linker at Western Heritage Meat Company Thursday, Jan. 28, 2021. The Lucky-Linker can be used for packaging ground beef, making sausage and a variety of other applications.

SHERIDAN — Western Heritage Meat Company, which opened December 2020, is the third U.S. Department of Agriculture-certified facility approved to process meat in Wyoming despite the estimated 1.3 million cattle in the state. In addition to filling a need in the region, the company is also focusing on paying forward kindness to groups around the area.

Western Heritage Meat Company is owned and operated by Taylor Kerns, Cathryn Kerns and Brian McGuire. The Kerns’ started with their own farm-to-table beef operation — Truly \ Beef, LLC — that started to outgrow its infrastructure, following a nationwide trend toward locally-sourced meat. A 2016 study published by National Agriculture Statistics Service, Agriculture Statistics board and the USDA showed only 837 USDA-approved processing plants in that year, which is a decline of 36% since 1990.

“The Sheridan area needed something like this,” Taylor Kerns said. “The closest USDA processing is three hours away.”

The group started looking at properties for the business around a year ago but had the idea earlier than that. After they closed on the property, they added about 400-square feet to the building in about 70 days. With the quick growth came long nights and growing pains at the beginning but, “it’s nice to see everything we’ve worked for come to fruition,” McGuire said.

Not only will the USDA-approved processing plant help Truly \ Beef, LLC, it will help other local operations cut processing costs. Taylor Kerns said the facility gives farm-to-table operations the chance to increase their profit margins and sell their meat to a larger amount of consumers. For example, if someone wanted to sell their beef from Sheridan to someone in New York, it would have to be USDA approved for it to be a legal purchase. A processing plant closer to the Sheridan area will cut costs of hauling animals three hours or more to process meat.

A focus of the operation is giving back to the community, having already donated two animals to The Food Group in Sheridan and another to a food group in Billings, Montana.

“The community has rallied behind us, and it’s second nature to give back,” McGuire said. “I also think we’re driven by our beliefs, we’re called to help one another and that’s very important to us.”

Cathryn Kerns said she hopes the service to community remains a pillar of business moving forward.

Western Heritage Meat Company serves as the go-between for donated livestock and the final product. Western’s first donation was about 600 pounds of beef donated from Fortune Triangle S Ranch in South Dakota. The beef was processed into hamburger grind and given to The Food Group. Executive Director Keri McMeans said protein prices are up right now, so the donation provides quality and local beef to families that need it the most.

“We really do have kids and families that are struggling,” McMeans said, mentioning Western’s dedication to giving back to local families.

While the USDA-approved facility will likely increase profit margins of local ranchers, Taylor Kerns said, the business owners hope to use its influence to give back to the community, as well.