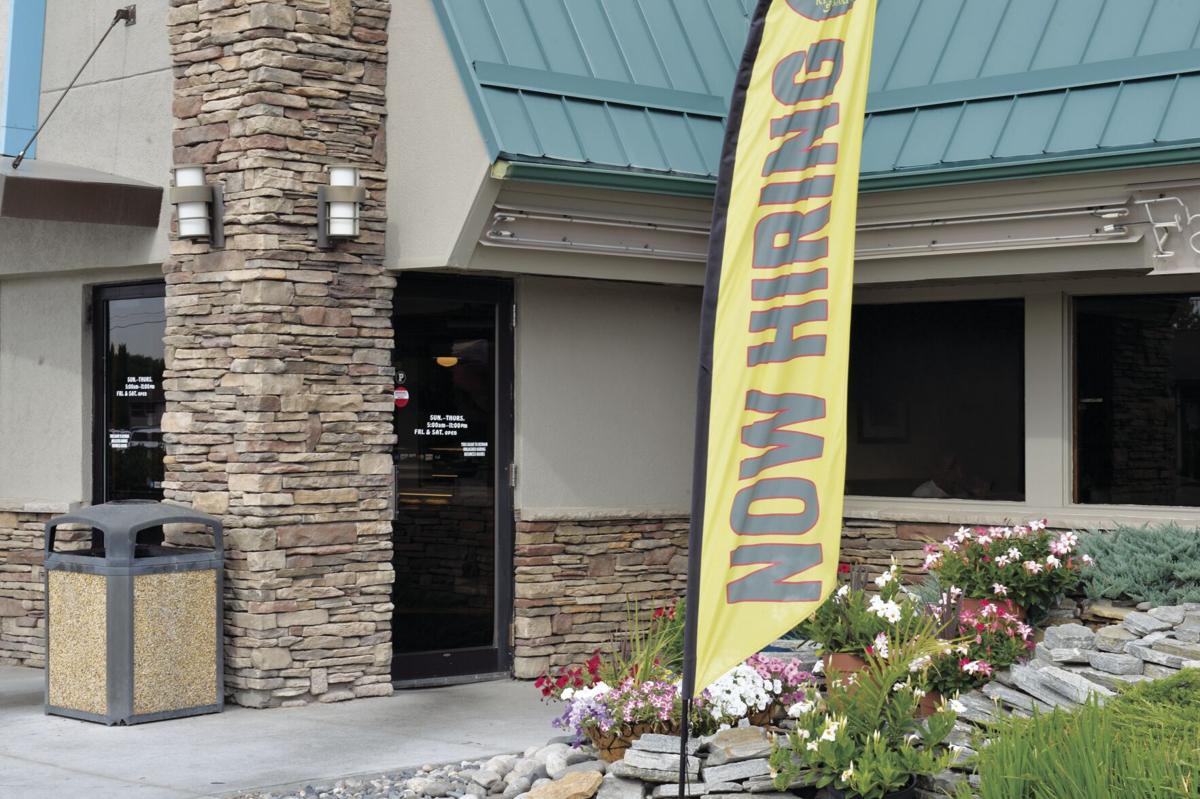 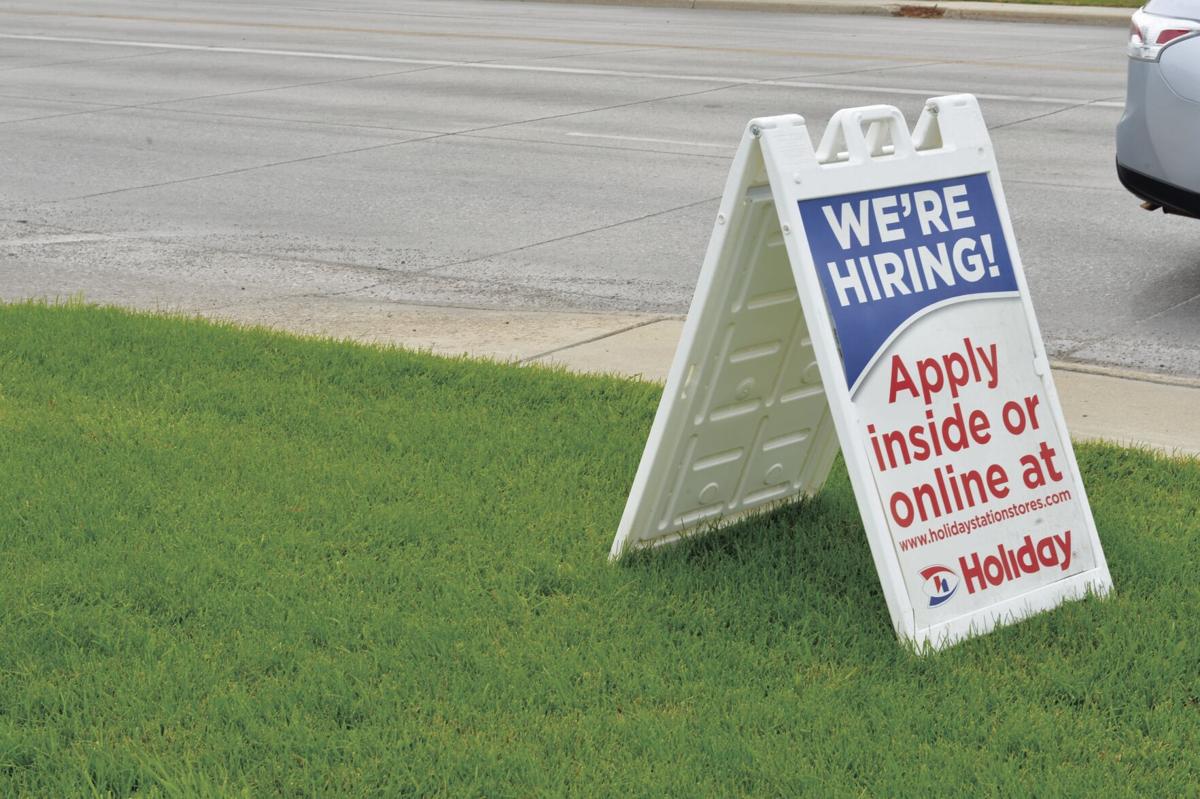 SHERIDAN — After a promising decline in the state’s unemployment rate in June, signs advertising available positions at businesses around Sheridan may signify a positive economic trend for the area. But the true impact of COVID-19 on state businesses and their rebound timeline is still unclear, according to Wyoming Business Council Strategic Partnerships Director Ron Gullberg.

Wyoming’s total unemployment rate fell to 7.6% in June, according to the U.S. Bureau of Labor Statistics.

A substantial amount of anecdotal information has floated through WBC offices but a concrete statistical representation has yet to be developed, which is why the organization is working with a market research center to compile a “deep dive” study into the pandemic’s effects and relief funding, Gullberg said.

With so many intangible components such as county- and business-specific health orders, the indirect effects of pandemic response are difficult to isolate. Some businesses were ordered to close by name, while others remained open due to limited contact with the public — nuances that influenced overall economic health.

One way to interpret hiring opportunities in Sheridan in today’s environment is strength in the county’s diversified economy, which provides a buffer for a volatile commodity market but may have also defended against COVID-19 complications, Gullberg said.

“We don’t know all the answers yet,” he said.

State-driven relief programs aimed to help businesses withstand the worst of business loss and keep employees working, though none made businesses rich. Hopefully, a study will show that relief, mitigation and interruption funds are contributing to renewed economic strength, Gullberg said.

Sheridan Qdoba Mexican Eats Owner Patrick Akers seeks new employees as a result of both seasonal traffic and lost staff, including a group of high school students who left for college.

March and April were “brutally slow” he said, and the increase in business has yet to balance out. Still, May brought more customers, both locals and visitors.

Akers is confident he is “digging out” of the financial slump brought by initial pandemic closures, with Sheridan remaining a fairly safe place to visit and go out in public compared to other areas with higher COVID-19 community spread.

The Paycheck Protection Program allowed Qdoba employees to remain on the payroll up to full hours and the business is no longer relying on aid or loans to stay open.

Overall, demand is driving Akers’ ability to recruit more staff and he expects the positive trend to continue.

Sheridan Chamber of Commerce CEO Dixie Johnson said hiring is a positive sign for the local economy — businesses are hiring even as the tourist season comes to a close.

Many students are returning to school or leaving for college, leaving open positions. But Johnson anticipates the businesses that bore severe slowdowns in March and April are now benefitting from a busy tourist season.

Business is likely performing better than many expected by this time of the year, which may contribute to why businesses are hiring as well, she said.

Earlier in the summer, Chamber members expressed uncertainty about how each would survive the summer into slower fall and winter months without major tourist-attracting events, Johnson said.

Johnson said she heard from several small business owners that the Chamber’s buy local campaign was a positive revenue injection after home-bound consumers turned to online stores for purchases during lockdown.

Rather than a pandemic-driven firing-rehiring scenario, a push for recruitment at Holiday Stationstores came as a result of necessity after operating with low staff numbers all year, Sheridan General Manager Jim Bauder said. Of 50 applications in the system, only one person seemed qualified for a position.

Holiday Stationstores responded to the pandemic by increasing pay $2 per hour at all stores, Bauder said. Two new employees were hired this week alone, but he seeks more.

While Bauder expects some new applicants are looking for any job to pay the bills after losing other employment per the pandemic, he has not seen an increase in overly-qualified candidates applying for his open positions.

Perkins Restaurant and Bakery Manager Michelle Smith said the restaurant has been short-staffed since reopening the storefront and several positions remain open. Business and staff numbers typically double in the summertime due to tourism and travel but recruitment has been a challenge this year, she said, but declined to specify the reason.

Perkins received aid from the Paycheck Protection Program, which allowed employees to continue drawing a paycheck even when the business was restricted to curbside service only. None were furloughed.

Though some Sheridan businesses are standing on their own as a result of tourism and support for buy-local campaigns, statewide demand for mitigation and relief funding has not cooled.

Sheridan is listed in the top 10 for interruption fund distribution by county, with 246 applications and $5.3 million in distributed funds, according to WBC.

On Aug. 10, Gov. Mark Gordon reallocated $10 million from the state’s mitigation fund into a relief fund to accommodate demand from businesses over financial loss; bringing the relief fund up to $185 million.

Both funds are breakdowns of $325 million in federally-allocated Coronavirus Aid, Relief, and Economic Security Act. The relief fund covers pandemic-related revenue losses and expenses up to $300,000 for businesses with fewer than 100 employees.

The mitigation fund offers reimbursement for nonprofits and businesses facing health and safety expenses for staff and customers as a direct result of the pandemic, up to $500,000 each for a business of any size.

The Wyoming Business council received nearly 2,000 applications for relief funds, requesting nearly all of the initial $175 million, while just 398 applicants requested less than half of the mitigation fund.

After being thrust into a crisis necessitating quick and widespread response, state agencies like the WBC now seek to shed light on the state’s resiliency, fragility and long-term economic impact.