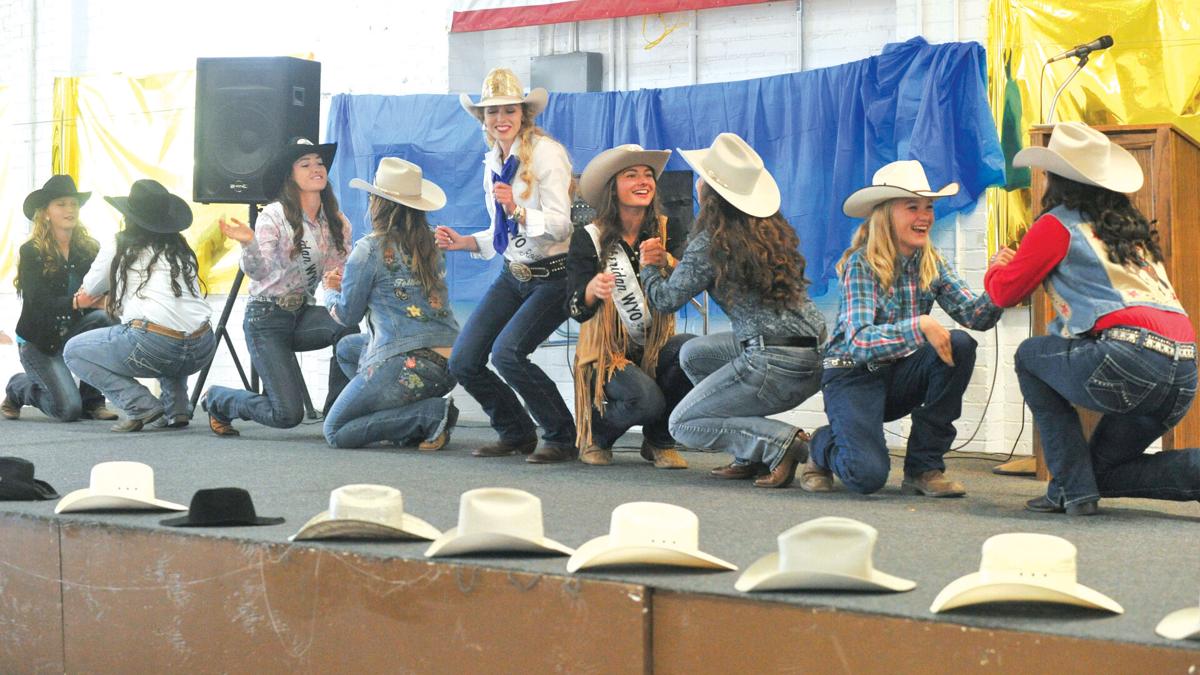 Sheridan WYO Rodeo Royalty current reigners and competitors perform a dance routine to “You Can Count on Me” Monday, July 9, 2018. The tradition of rodeo royalty started in 1936 and continues today. 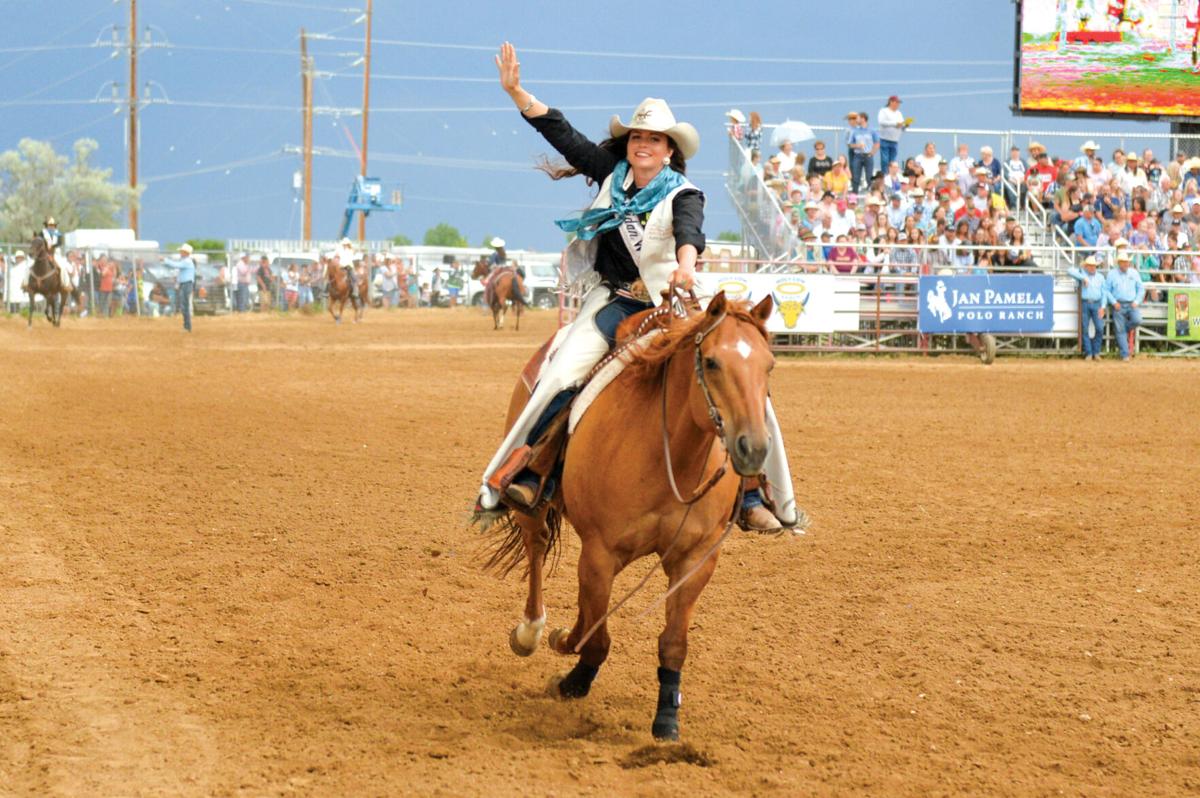 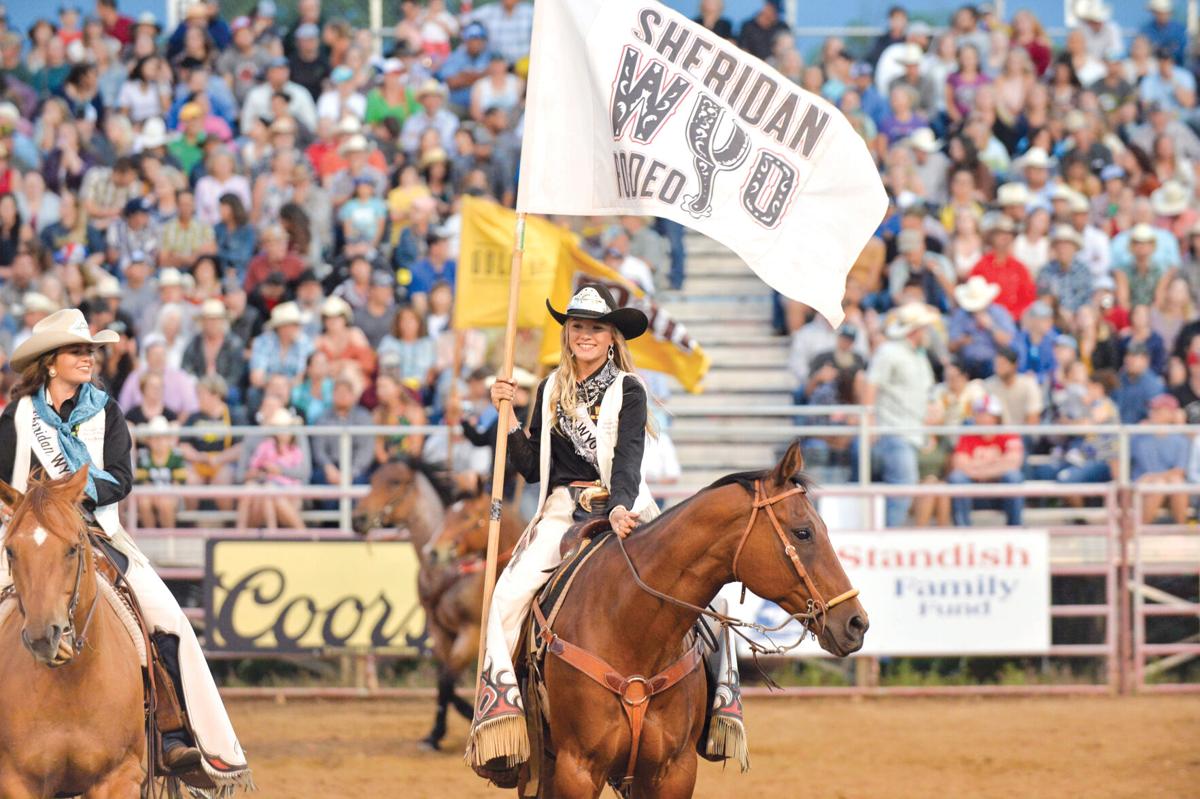 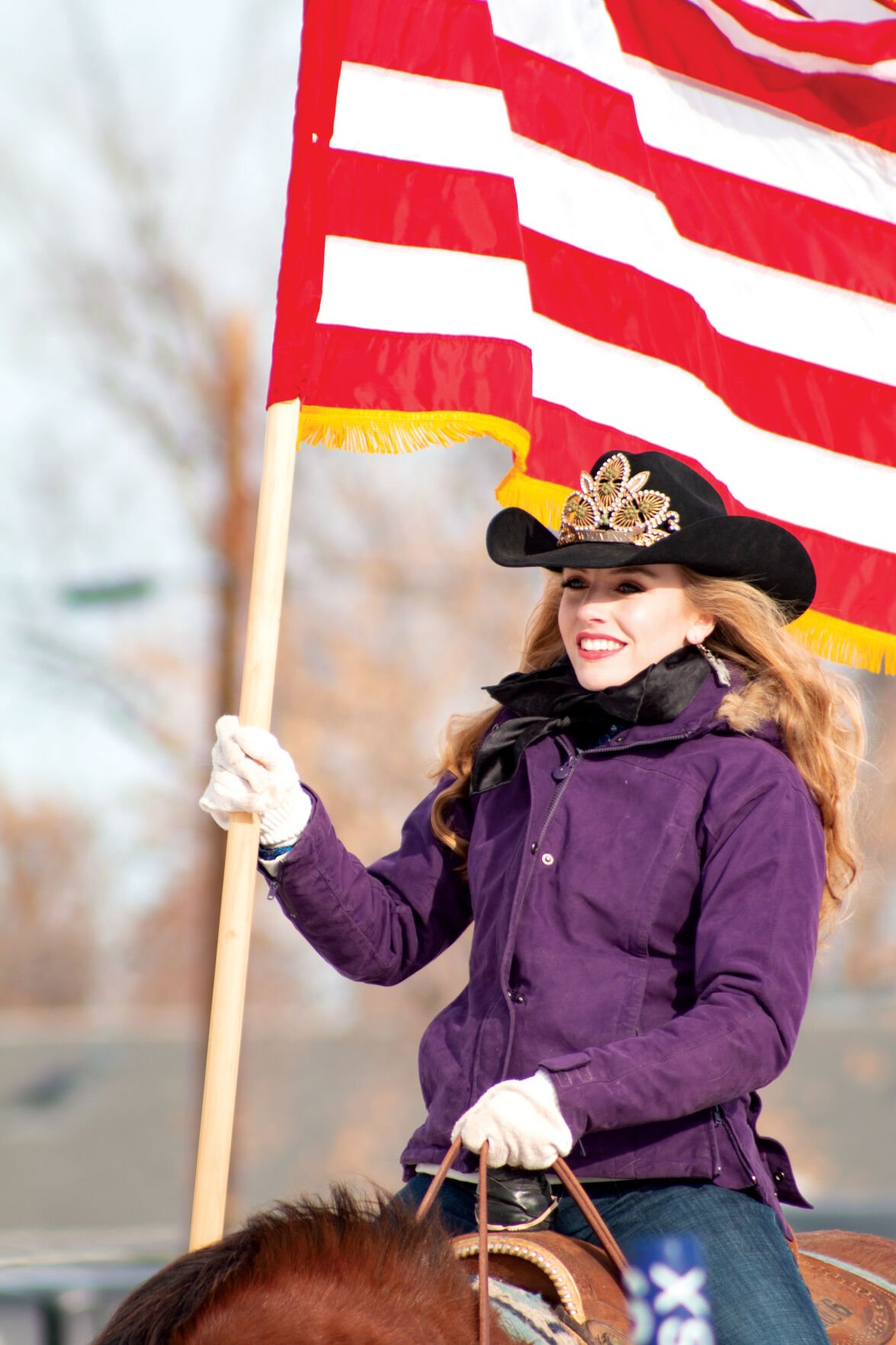 WYO Rodeo Queen Hannah Ostheimer rides down the skijoring course with the “Stars and Bars” at the Sheridan WYO Winter Rodeo Saturday, Feb. 23, 2019.

Sheridan WYO Rodeo Royalty current reigners and competitors perform a dance routine to “You Can Count on Me” Monday, July 9, 2018. The tradition of rodeo royalty started in 1936 and continues today.

Despite a history dating back to 1936, the path for the Sheridan County Rodeo Queen program was not always a certain one as the program seemed to ride into the sunset in 1980.

Nearly 20 years later, the program was revived. After another two decades, the Sheridan WYO Rodeo Queen program is back in the saddle and headed for a brighter future.

Kerri Parr took over the Sheridan County Rodeo Queen board in 2001 — and she took the reins without the board having any funds. Awards for its winners were purchased out-of-pocket by Elaine Hilman, another board member.

“The rodeo royalty board has come a long way from that first year,” Parr said in looking back.

The awards and saddle are made possible by a sponsorship provided by the Sheridan WYO Rodeo board, now an established partner bringing state and even nationwide fame to the hometown show, as well as to the pageant.

Still, Parr said she remembers a time when they were hard pressed to raise enough money to provide awards to contestants and sponsorships for the queens competing in Miss Rodeo Wyoming.

With the Sheridan WYO Rodeo attaching its name, it allowed the program to gain more sponsorships. Sponsorships increase the budget, allowing royalty to afford travel — giving the WYO more of a presence throughout the state — and opportunities to attend clinics and other expenses that come with the crown.

“The rodeo royalty board holds a fundraiser every fall for the newly crowned royalty,” Parr said. “This is where they receive many of their funds for royalty expenses.”

According to Parr, the fundraiser usually consists of a dinner, as well as silent and live auctions.

According to rodeo board President Billy Craft, it saw the renewal of a royalty program as a way to add another dimension to the celebration.

The collaboration has been welcomed, considering the original program ended in 1979 when the workload became too much for the then rodeo board to take on themselves. A separate board ran the competition for one year, then disbanded.

Since returning in 2001 and later joining forces with the Sheridan WYO Rodeo, the pageant board has grown to as many as seven members, quite a difference compared to previous years when the board dipped to as few as just two board members, according to Parr.

Not only has the pageant board grown and worked to expand the program in recent years, Parr added the sponsorship from the Sheridan WYO Rodeo Board has allowed the pageant to grow and create ambassadors for Sheridan, the WYO Rodeo and the state of Wyoming.

Craft said he agrees the royalty program takes a lot of effort and dedication by board members.

Not only do they run the program, but also face the added pressures from outside influences, such as parents or political agendas that make the job as a royalty board member difficult, as well as watching other rodeos facing cuts.

With all of those challenges, the pageant board has worked to build a quality program that has produced four Miss Rodeo Wyoming winners since 2008 and candidates for Miss Rodeo America Pageant in Las Vegas, Nevada.

Allie Bass Sowerwine served as Miss Sheridan County Rodeo 2007 and became Miss Sheridan WYO Rodeo in 2008, the first in more than 20 years. The winner of the pageant had to step down and Sowerwine stepped into the role based on her qualifications and her past title. She went on to earn the title Miss Rodeo Wyoming 2009.

The transition to being a part of the Sheridan WYO Rodeo immediately increased the standards to become queen, Sowerwine said. Royalty was no longer just helping out local cowboys. Now, royalty aided professional athletes and assisted in PRCA events, a tradition still held today.

No matter what rodeo they were at, interacting with the public remains a priority.

“For some reason, as soon as you put on that crown and sash that says ‘Miss Sheridan WYO Rodeo’ suddenly the public is a lot more comfortable to approach you,” Sowerwine said. “You have a lot of kids and adults approach you. … Yes, you get to ride the arena, but you are also answering questions all the time about performances, cowboys and what rodeo is.”

Those questions can range from simple rodeo inquiries to current events and the western lifestyle. The general public expects royalty to know about the rules of rodeo and general information surrounding the event.

While preparing for the Miss Rodeo Wyoming pageant, former WYO Rodeo Queen Hannah Ostheimer spent time learning about rodeo rules, event standings, history of rodeo and current events. Members of the rodeo board and royalty board assisted her in preparing for the competition. Ostheimer was crowned Miss Sheridan WYO Rodeo 2018 and Miss Rodeo Wyoming 2019.

As Sheridan-based Miss Rodeo Wyoming crown holders have conversations with strangers, Wyoming is brought up and the queens can talk about what makes their home state so great. The love of their hometown rodeo is a topic that easily surfaces. Every time someone found out Ostheimer was from Wyoming, she worked the Sheridan WYO Rodeo into her conversation.

Even when competing in the Miss Rodeo America pageant, the Sheridan WYO Rodeo name was attached to the queens who became Miss Rodeo Wyoming. Other queens in the competition found out where each other were from in their state and it was the hometown rodeo that always got promoted the most.