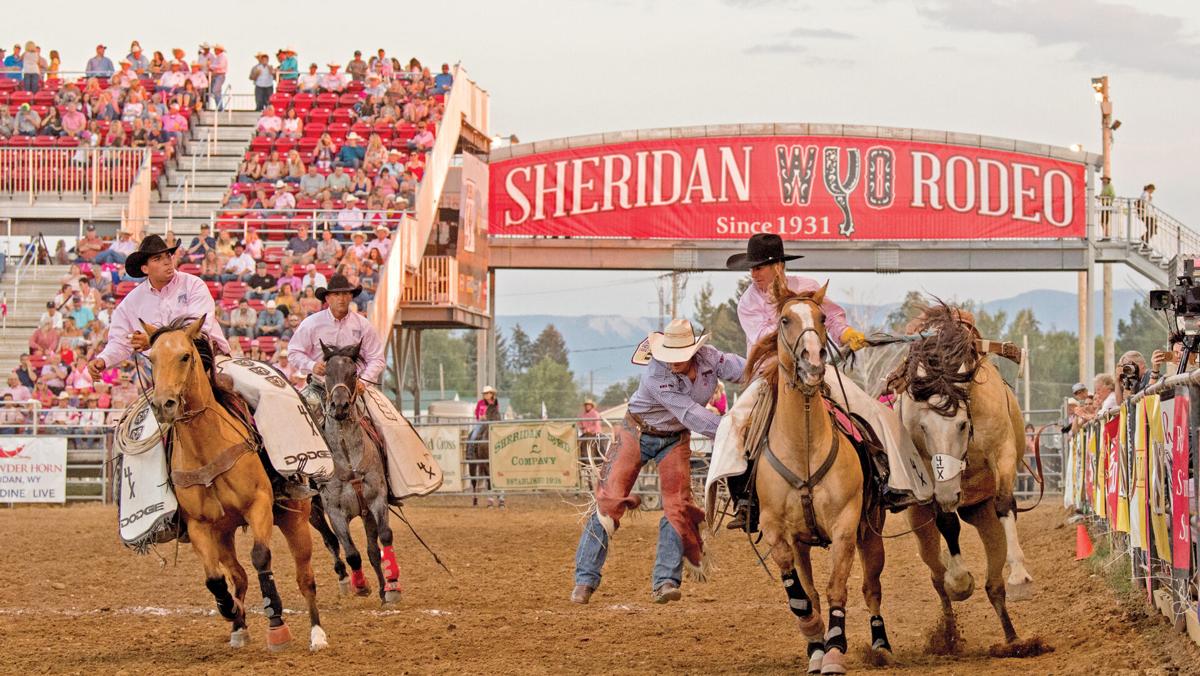 After completing his saddle bronc ride, local cowboy Chet Johnson receives help off the horse from the pick-up men during the 2017 Sheridan WYO Rodeo. 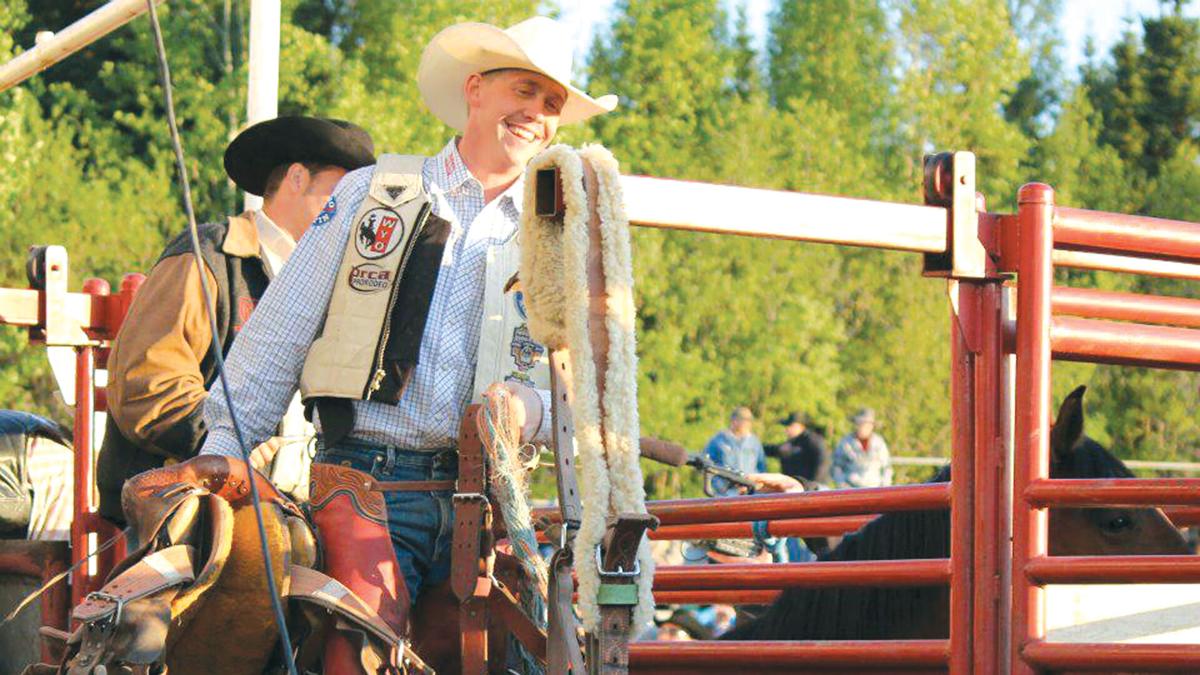 Saddle bronc rider Chet Johnson prepares for competition. He calls rodeo "pretty addictive," saying, "It gets in your blood."

After completing his saddle bronc ride, local cowboy Chet Johnson receives help off the horse from the pick-up men during the 2017 Sheridan WYO Rodeo.

Saddle bronc rider Chet Johnson prepares for competition. He calls rodeo "pretty addictive," saying, "It gets in your blood."

Sheridan-based bronc rider Chet Johnson was pulled into the rodeo world by a passion for riding bucking horses. He followed the path through high school and college rodeo in Wyoming in the mid-1990s — he won the state high school finals as a senior — on his way to the pros.

Traveling the region was an exciting way for a young competitor from Wyoming to see the country. He made the transition from amateur to pro in 2003, two years after he began competing in pro rodeos.

Permit holders who have won at least $1,000 at PRCA-sanctioned rodeos become eligible for full membership with their circuit and take “card holder” status, which opens up an athlete’s opportunities to compete. First-year card holders are eligible to win Rookie of the Year.

“Many of the top rodeos today place qualification requirements based on money won during the current year and/or money won in the previous year to attract the top rodeo athletes; much like professional golf does for major events,” Gould said. “The WYO Rodeo has qualifying rules of its own, of course, as it has tour status as one of the top 50 rodeos in North America.”

In his 12 years as rodeo coach, Sheridan College’s Marc Gilkerson said he attempts to recruit young competitors with the talent and potential to move on to the pro ranks — using high school and college rodeo as stepping stones.

College rodeos in the region are judged by PRCA judges, so they are well-acquainted with youth competitors by the time they reach the pros, Gilkerson said. College finals offer a place for judges to see competitors on better stock at a higher level.

Some youth have the talent but decide not to pursue professional rodeo, though Sheridan College assistant rodeo coach Kelsey Ferguson said at least 15 college cowgirls and cowboys have become professionals in the past three years.

Work ethic is typically apparent by the time competitors make it to college but the physical and mental skill necessary for professional rodeo doesn’t always appear right after high school without some extra work, Gilkerson said.

Johnson described the transition as gradual – winning more leads to larger rodeos and the more he won, the harder he worked. His peers provided additional motivation, as well.

“The better your travel partners are, the better you get,” he said. “You are competing with them in a way, so they drive you to be better.”

As one of the older bronc riders in the circuit, he has outlasted many travel partners in the sport. Still, he hasn’t lost the drive to get on a bucking horse.

Johnson said he still has some goals to achieve before he is ready to retire, like returning to the National Finals Rodeo and the Canadian Finals.

The constant travel and hard work required to reach those goals is what gets more challenging as years go by as a professional, Johnson said.

The number of larger rodeos he attended increased significantly — he went from traveling 30,000-40,000 miles per year to around 90,000 to compete.

In his rodeo days, Gilkerson just looked for a place to get on bucking horses — amateur or pro, it didn’t matter. But amateur rodeos weren’t paying out enough to keep going without adding pro rodeo to the mix.

A neck injury ended his competitive career but now as a coach, Gilkerson hopes to give his team the tools to be successful outside the arena.

“Hopefully they’ll learn how to take the good with the bad,” Gilkerson said. “Rodeo is a rollercoaster at times. … One of the values they take away is being able to look at the positive and keep going — not give up when things get tough.”

Circuit rodeo winnings in 2003 sent Johnson to the Dodge National Finals, but that initial transition to professional rodeos can be financially challenging for some. Winning a national championship gained Johnson the notoriety and money that allowed him to attend professional rodeos.

His best advice for new professional competitors: “Keep your chin up. You’re going to get knocked down a few times and it gets hard. You do pay your dues in rodeo …Once you get over that hump and get your name out there a little bit, it makes it quite a bit easier.”

In 2017, Johnson suffered an injury to his left knee. The following year, he tore his right knee in a near identical injury.

For a few months, the devastation from constant injury was enough to push him to nearly quit. When the pain dissipated and both knees healed, Johnson said he was ready to return with renewed drive, unwilling to forget the work he had put in to become a professional.

“You put this much effort into it and you pour, basically, your life into it,” Johnson said. “I’ve been doing it over half my life. Rodeo gets pretty addictive. It gets in your blood.”