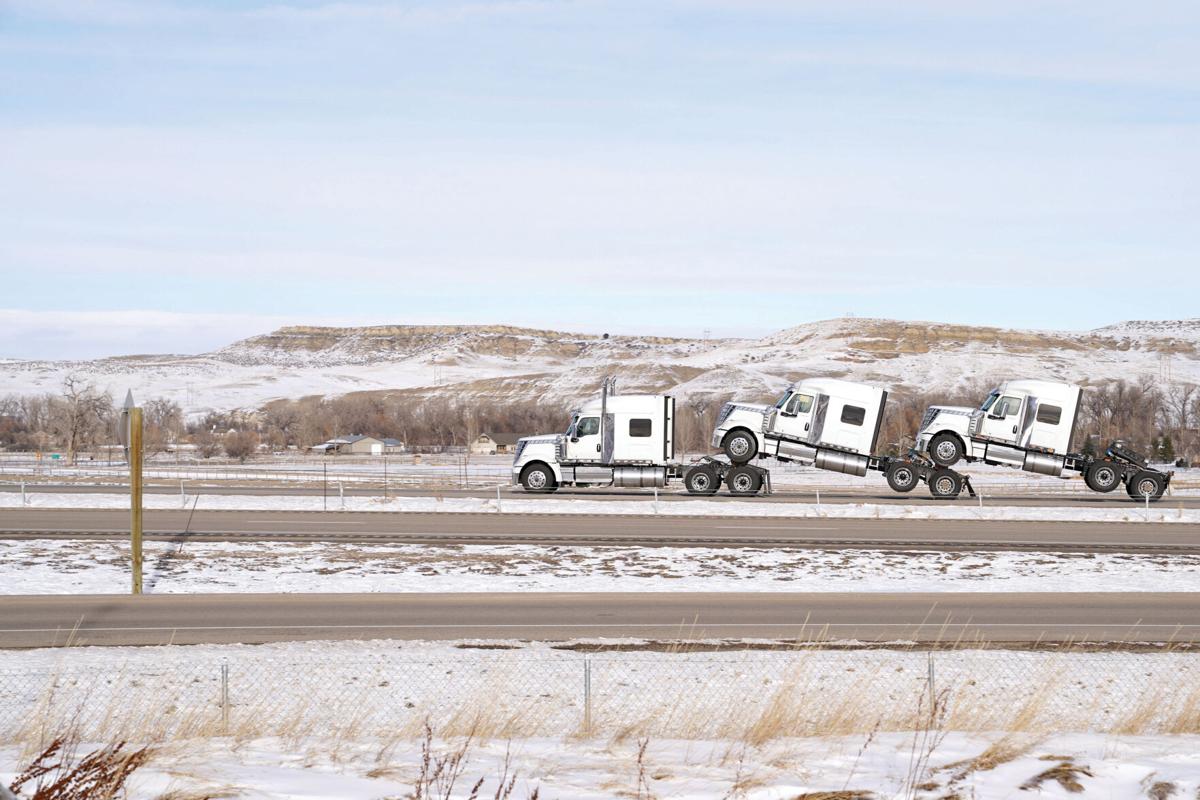 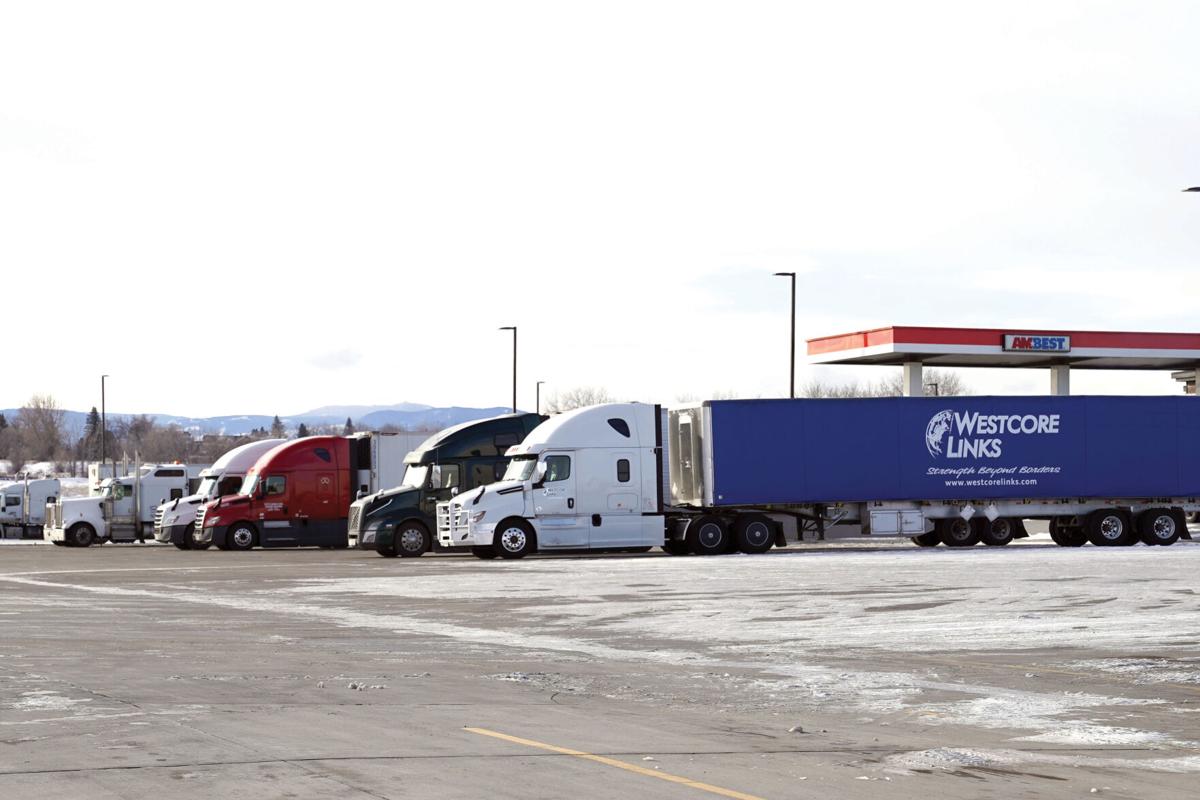 Semi's line up in the parking lot at Common Cents to take a break from driving Tuesday, Dec. 28, 2021. 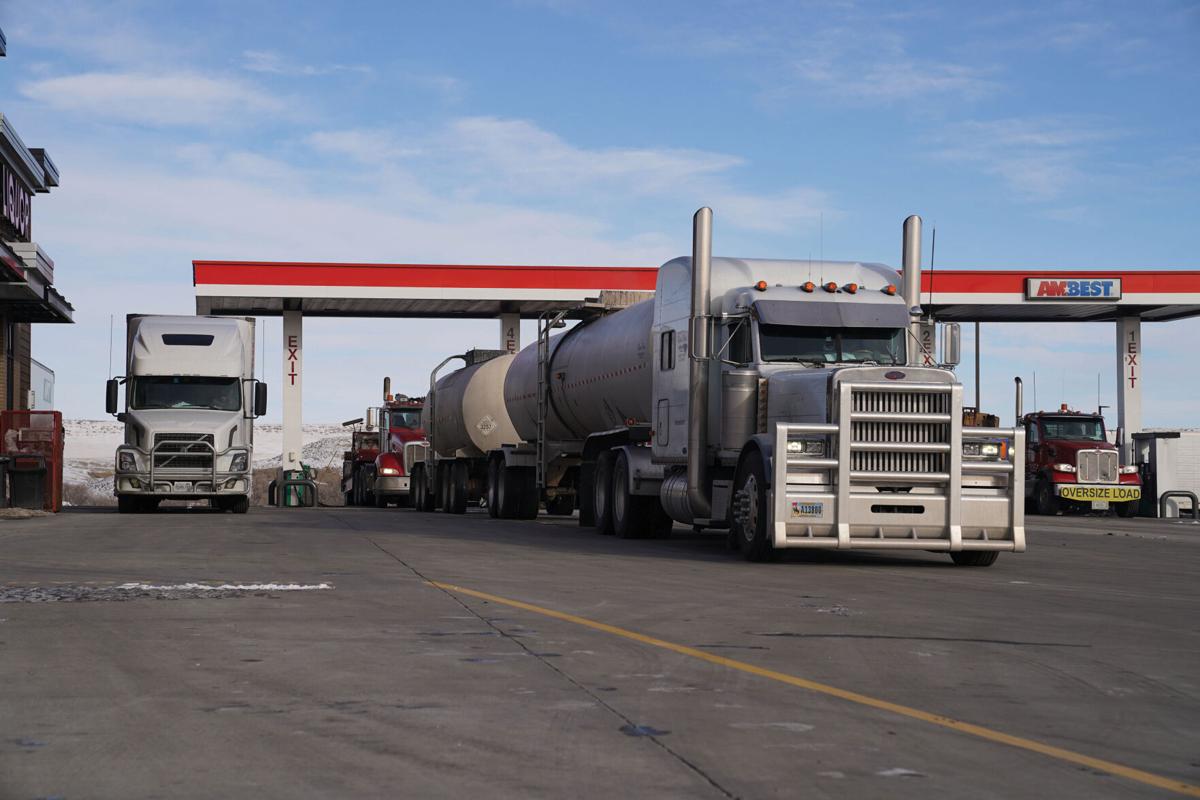 Semi's line up in the parking lot at Common Cents to take a break from driving Tuesday, Dec. 28, 2021.

SHERIDAN — Those seeking a commercial driver's license after Feb. 7 will have new requirements before earning permits to get behind the wheel.

Next month, the Federal Motor Carrier Safety Administration will implement rules originally passed as part of the Moving Ahead for Progress in the 21st Century Act, a federal law first signed in 2012 and updated in 2016. Prospective drivers wishing to obtain a CDL will be required to complete Entry-Level Driver Training. Additionally, those who currently have a CDL but want to upgrade to a new class, like Class A, or add specific endorsements ­— such as school bus, passenger or hazardous materials — will be required to take the training.

According to the Wyoming Department of Transportation, training must be completed with a provider listed on the federal training provider registry.

WYDOT officials said prospective license holders will receive training in driving theory, like hours-of-service requirements, as well as behind the wheel. While there are no requirements for minimum length the training can take, officials said drivers can expect it to take about six weeks.

Currently, to obtain a CDL in Wyoming, applicants must complete a series of written knowledge tests and a vision screening. They must also pass a skills test, but no formal training class is required.

Laramie County Community College launched its CDL program in March 2021, and according to Michael Geissler, CDL coordinator for the school, the program has been well-received.

While initially LCCC had just one truck with which to train, it now has two and occasionally has access to a third.

The school has also expanded its classes from daytime offerings to evening and weekend classes.

The new rules provide oversight from the federal government on what training drivers must receive as they earn a CDL. LCCC uses the rules as a baseline, but also expands on the training to offer instruction in professionalism, harassment in the workplace, trafficking and more.

“Safety is the driving force behind the new requirements,” Geissler said. “Until the new rule goes into effect, the federal government has no oversight over training of CDL drivers. The new rules will set a standard for all training providers which will have to meet certain requirements in order to be listed on the training provider register.

“This will standardize how the training is conducted, by whom it is conducted and ensure that minimum levels of training are taught by all training providers,” Geissler continued.

In addition, industry focus groups LCCC worked with reported CDL students prior to the start of the school’s program could drive the truck forward, but not much more than that.

“Therefore we focus extensively on additional training that is traditionally not taught by other schools,” Geissler said.

Despite the new rules going into effect within a month, WYDOT officials said they have not seen an increase in the number of CDL applicants.

Due in part to the decline in CDL holders, Geissler said those who pursue a career in truck driving will have the chance to pick the type of trucking career they wish to pursue.

“The trucking industry can be a tough industry that can pay very well,” Geissler said.

He advised those considering a trucking career to identify the niche they wish to be part of, learn as much as possible and identify the carrier for which they’d like to work.

“Make sure your family is on board with a truck driver spending many hours, including weekends, holidays, birthdays and anniversaries on the road,” Geissler said, adding that truckers often find themselves living on a tight budget until they get the required experience to step into more lucrative trucking jobs.

The Training Provider Registry lists 50 providers, with only three listed for Sheridan County. But those three — Sheridan County School Districts 1 and 2 along with the city of Sheridan — may not train the general public.

SCSD1 Business Manager Jeremy Smith said at this point, the district is only training the district’s bus drivers but would help fellow school districts or towns if employees need the required training and testing.

The next closest training providers are in Gillette and Casper, with costs averaging around $5,000 for the training.

While the training requirements are becoming more demanding, the need for truck drivers has also increased. In October 2021, Chris Spear, president and CEO of the American Trucking Associations, told CNN the industry is short 80,000 drivers.

Spear noted truck drivers move 71% or the U.S. economy goods and if more drivers don’t join the industry, the country could be short 160,000 drivers by 2030.