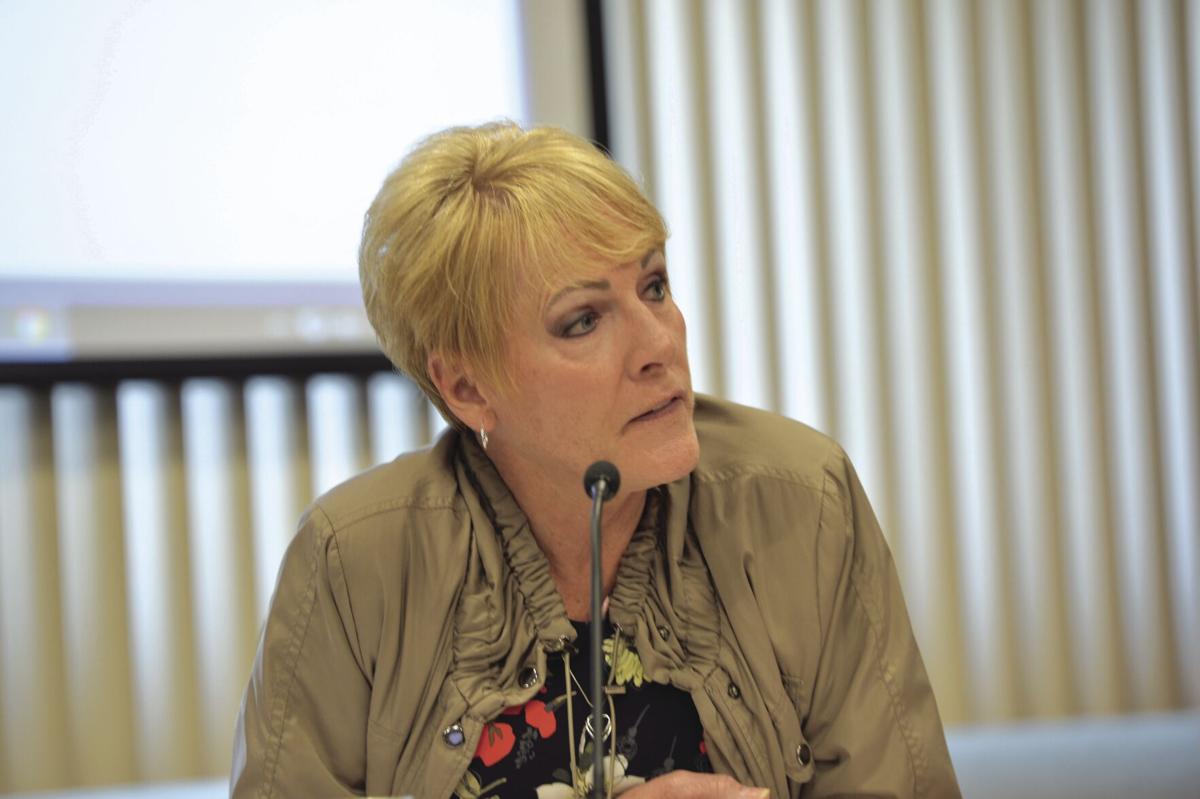 Sheridan County Administrative Director Renee Obermueller speaks to the county commissioners Tuesday, Sept. 7, 2021. Obermueller said the county is taking its cues from the state when deciding how to proceed with a federal vaccine mandate. 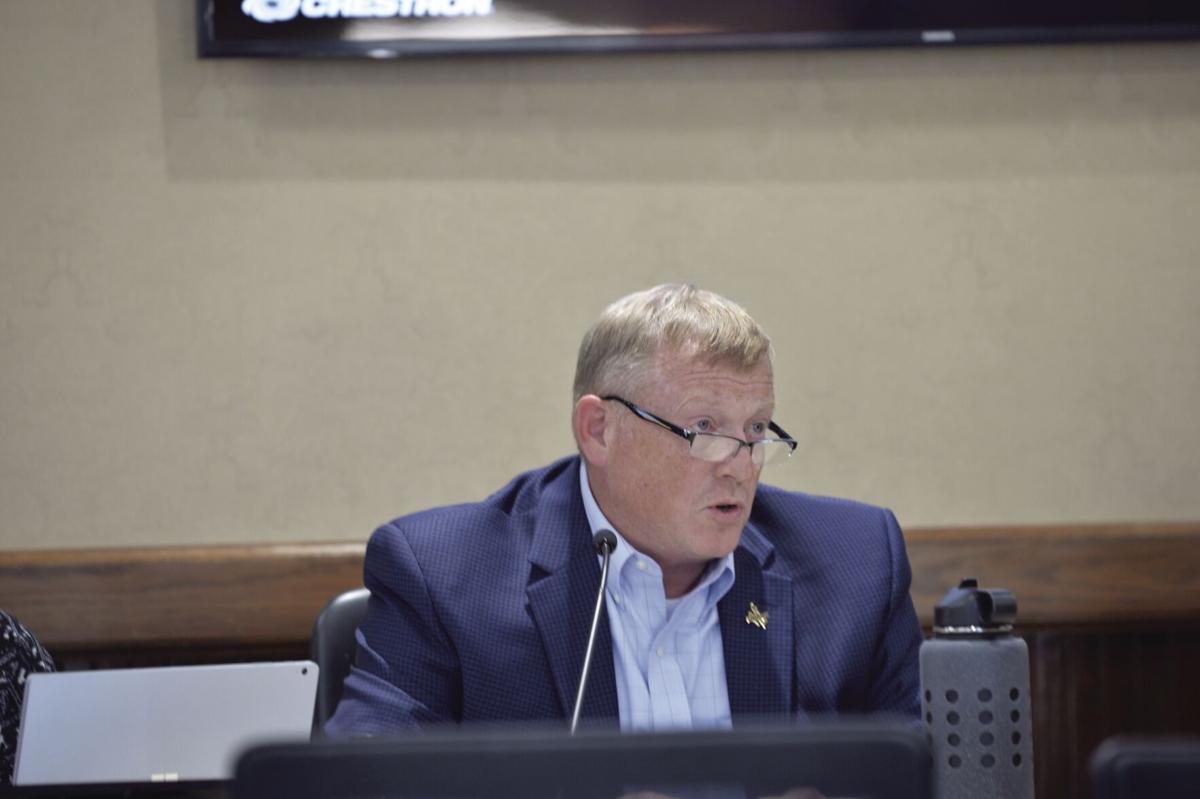 Sheridan City Administrator Stuart McRae speaks to the city council on Monday, Sept. 27, 2021. McRae said the city is taking its cues from the state when deciding how to proceed with a federal vaccine mandate.

Sheridan County Administrative Director Renee Obermueller speaks to the county commissioners Tuesday, Sept. 7, 2021. Obermueller said the county is taking its cues from the state when deciding how to proceed with a federal vaccine mandate.

Sheridan City Administrator Stuart McRae speaks to the city council on Monday, Sept. 27, 2021. McRae said the city is taking its cues from the state when deciding how to proceed with a federal vaccine mandate.

SHERIDAN — The city of Sheridan and Sheridan County will be impacted by President Joseph Biden’s recent vaccine mandate, but city and county officials are biding their time before taking action.

With both Gov. Mark Gordon and the Wyoming Legislature supporting potential litigation related to the mandate, Sheridan City Administrator Stuart McRae said the city would “take our cues from the state” in deciding when, or if, the order should be implemented among city staff.

“As a county, we have taken the position of waiting to see what happens at the state level since the state is pushing back through the governor’s office, and there are so many lawsuits flying around,” Sheridan County Administrative Director Renee Obermueller said. “We would like to hold tight until we know for certain how it’s going to shake out. No formal decisions have been made at this time.”

According to the expansive rules mandate, announced last month, all employers with more than 100 workers are required to have those workers be vaccinated or test for the virus weekly, affecting about 80 million Americans, according to Biden. And the roughly 17 million workers at health facilities that receive federal Medicare or Medicaid also will have to be fully vaccinated.

The question of whether the mandate applies to local governments is a multifaceted one, according to the National Association of Counties, and the answer isn’t the same for every state.

The Department of Labor and OSHA generally do not have regulatory authority over local governments and municipalities. However, the impending vaccination and testing regulation for employers with 100 or more employees is expected to impact counties, cities and school districts in the 26 states that participate in OSHA-approved workplace safety and health programs and submit “state plans” to the agency.

Wyoming is one of the states that has submitted a state plan, according to the OSHA website. Thus, local cities, counties and school districts with more than 100 employees are expected to be included in the mandate.

“While this requirement has been widely publicized around its impact on workers in the private sector, it is probable that public sector employees…will be included in the 26 states and two territories that have OSHA-approved state plans,” The Wyoming Department of Education wrote in aSept. 13 memo. “Wyoming is one of the states with an OSHA-approved plan.”

While the city and county expect to be included in the vaccine requirements, nothing is set in stone yet, especially as state politicians have challenged the legitimacy of Biden’s order, McRae said.

In a statement released shortly after Biden’s announcement, Gov. Mark Gordon described the mandate as “an egregious example of big government overreach.”

“I have asked the attorney general to stand prepared to take all actions to oppose this administration’s unconstitutional overreach of executive power,” Gordon said. “It has no place in America. Not now and not ever.”

“We believe the Biden Administration’s federal vaccine requirement is arbitrary and likely unconstitutional,” the leadership said. “The governor and the attorney general are provided the tools through Wyoming Statute 9-14-102 to take legal action to prevent the enforcement of overreaching Federal Occupational Safety and Health Administration regulations such as the proposed vaccine mandate. We are confident they will use that authority to good effect to protect the rights of Wyoming citizens.”

The federal mandate comes as more than half of the nation’s population — 56.6% — is vaccinated. Wyoming is tied with Idaho as the state with the second-lowest population of vaccinated people at 42.4%, according to the Mayo Clinic. West Virginia has the lowest vaccinated population with 40.7%.

At least one Wyoming entity that will be impacted by the new vaccine mandates — Campbell County Health in Gillette — has chafed against the mandates and drafted a letter to Biden in protest. McRae and Obermueller said the local governments had not discussed drafting a similar letter, and both the city and county will enforce the vaccine mandate if it is ultimately required.

“I don’t think any of us are excited about the possibility of a vaccine mandate,” McRae said. “Everybody I’ve talked to and every entity I’ve talked to has a number of employees who will fall on their sword over this issue. They will quit over this issue, and none of us want that because we’re here to put out services. But if we’re told we have to do it, we absolutely will.”

“There’s a lot of people who talk about (quitting), but the question is whether they will actually do it,” McRae said. “I think some definitely would, but some that say they would might not. I don’t think it would cut off our services either way. We’ve got enough people that have already been vaccinated that we have the ability to continue our services. The long and the short of it is I think our services will still be secure, no matter how this shakes out over the coming months.”