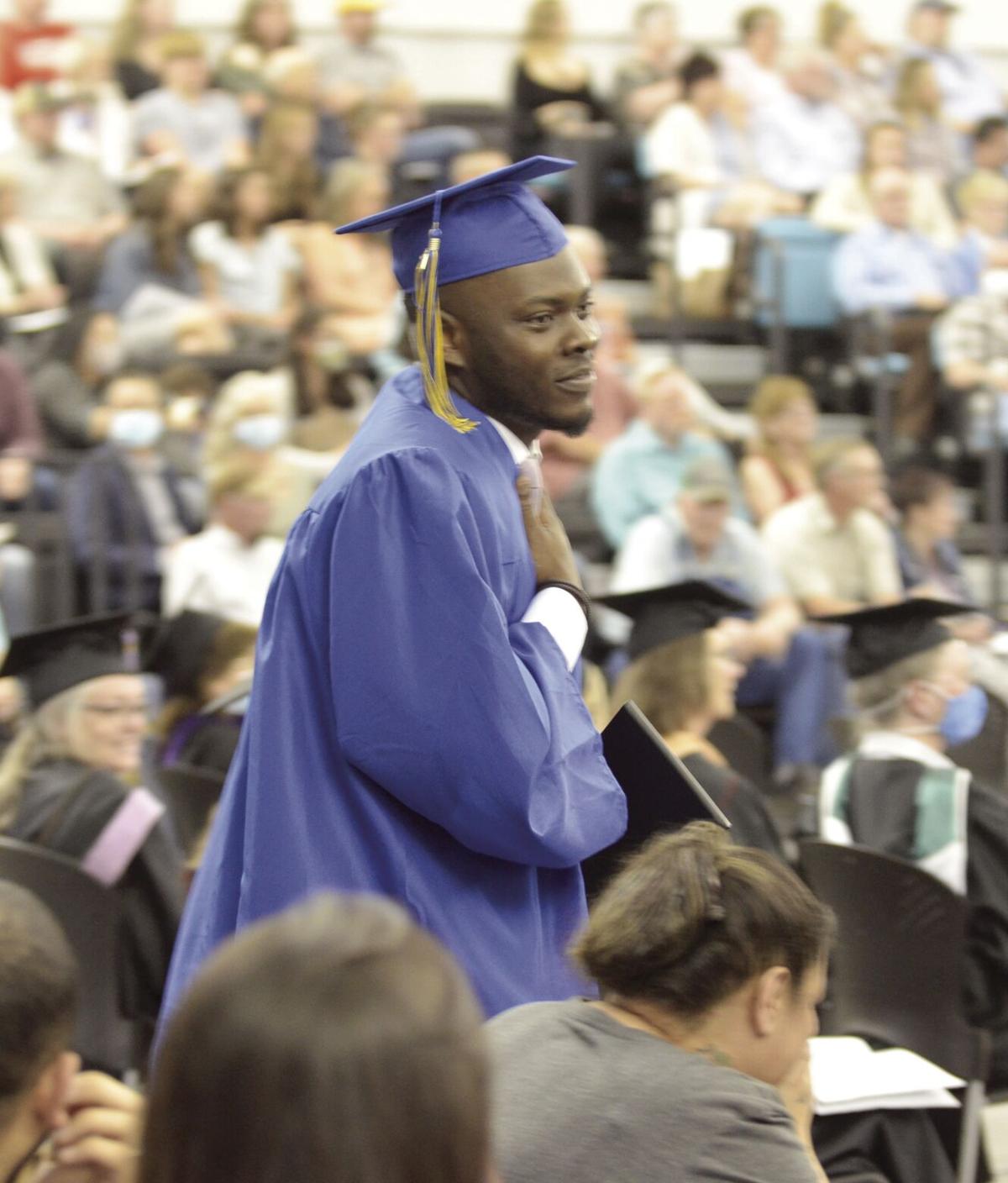 Eric Amadasun of Nigeria shows his heartfelt appreciation after receiving the President’s Award, presented by Northern Wyoming Community College President Walter Tribley, at commencement ceremonies for the Sheridan College class of 2021 Saturday, May 1, 2021, at the Bruce Hoffman Golden Dome. The award is presented annually to a graduating sophomore based on cumulative GPA and their participation and leadership within both the college and the community. 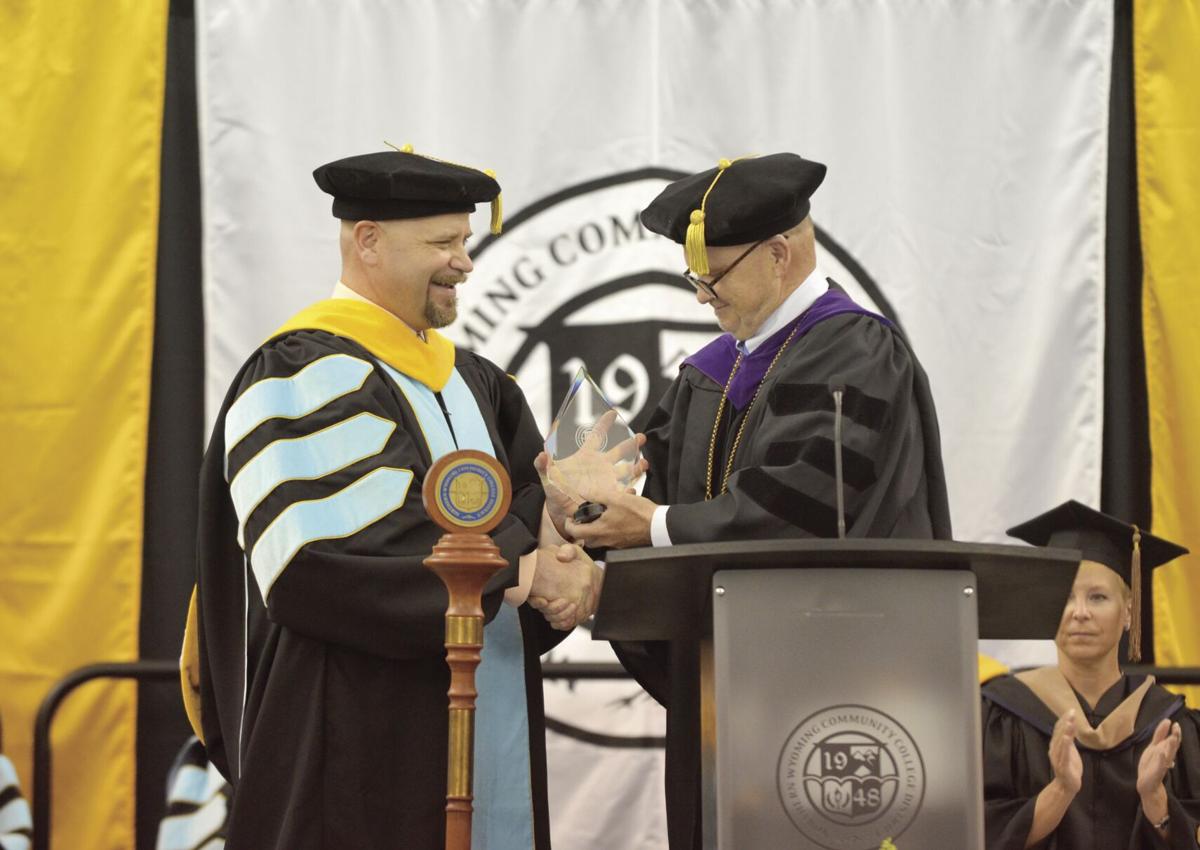 Northern Wyoming Community College District President Walter Tribley (right) presents Sheridan County Sheriff Allen Thompson with a memento recognizing him as the Sheridan College Distinguished Alumni during commencement ceremonies Saturday, May 1, 2021, at the Bruce Hoffman Golden Dome. A member of the Criminal Justice Club and Phi Betta Kappa at Sheridan College, all while serving in the Wyoming National Guard and earning National Soldier of the Year, Thompson graduated from the college in 1996.

SHERIDAN — Eric Amadasun’s journey up to the stage at the Bruce Hoffman Golden Dome to receive his associate’s in fine arts degree from Sheridan College has been a long one.

After all, it started in Africa.

His efforts once he arrived earned him the President’s Award, presented by Tribley during commencement exercises for the college’s class of 2021 Saturday in Sheridan. The award is presented each year to a graduating sophomore based on cumulative GPA and participation and leadership Sheridan College and the broader community.

“You have to plan,” Amadasun said in a short speech. “And, as much as you plan, you have to work hard to succeed.”

Ceremonies Saturday included recognition of the 2021 Distinguished Alumni, which was presented to Sheridan County Sheriff Allen Thompson, a 1996 graduate of Sheridan College.

Thompson, a veteran of the U.S. Army, was a member of the Criminal Justice Club and Phi Beta Kappa at Sheridan College, all while serving in the Wyoming National Guard and earning National Soldier of the Year.

After being named undersheriff in 2016, Thompson was appointed sheriff a year later by the Sheridan County Board of Commissioners when the acting sheriff retired. He then successfully ran for the office in 2018.

Prior to the commencement ceremonies, Sheridan College’s nursing and dental hygiene programs held pinning ceremonies at the Kinnison Concert Hall in the Whitney Center for the Arts.

SC vice president inspires graduates with her own survival story

Jen Crouse, the vice president of student affairs and executive director of the Sheridan College Foundation, wanted to give a gift from the heart to graduates at the 2021 Sheridan College Commencement at the Bruce Hoffman Golden Dome Saturday. It was a simple, yet inspiring gift. It was her own survival story.