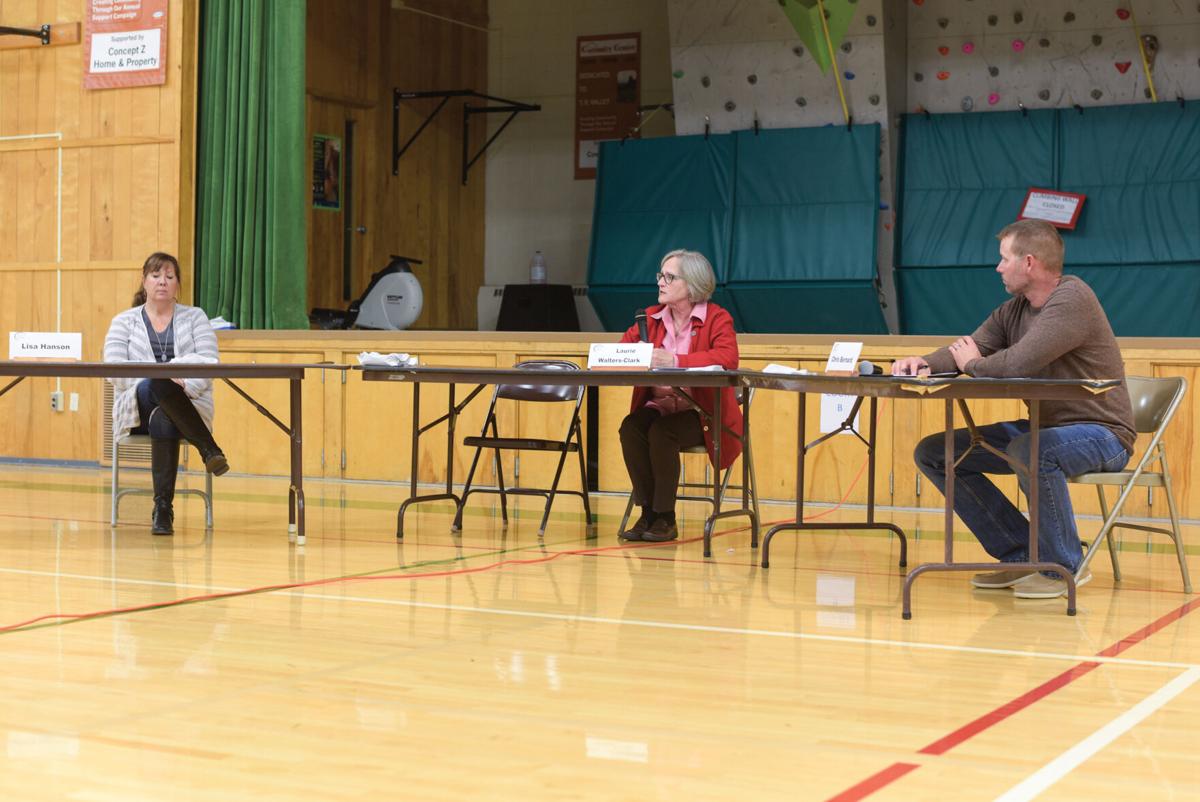 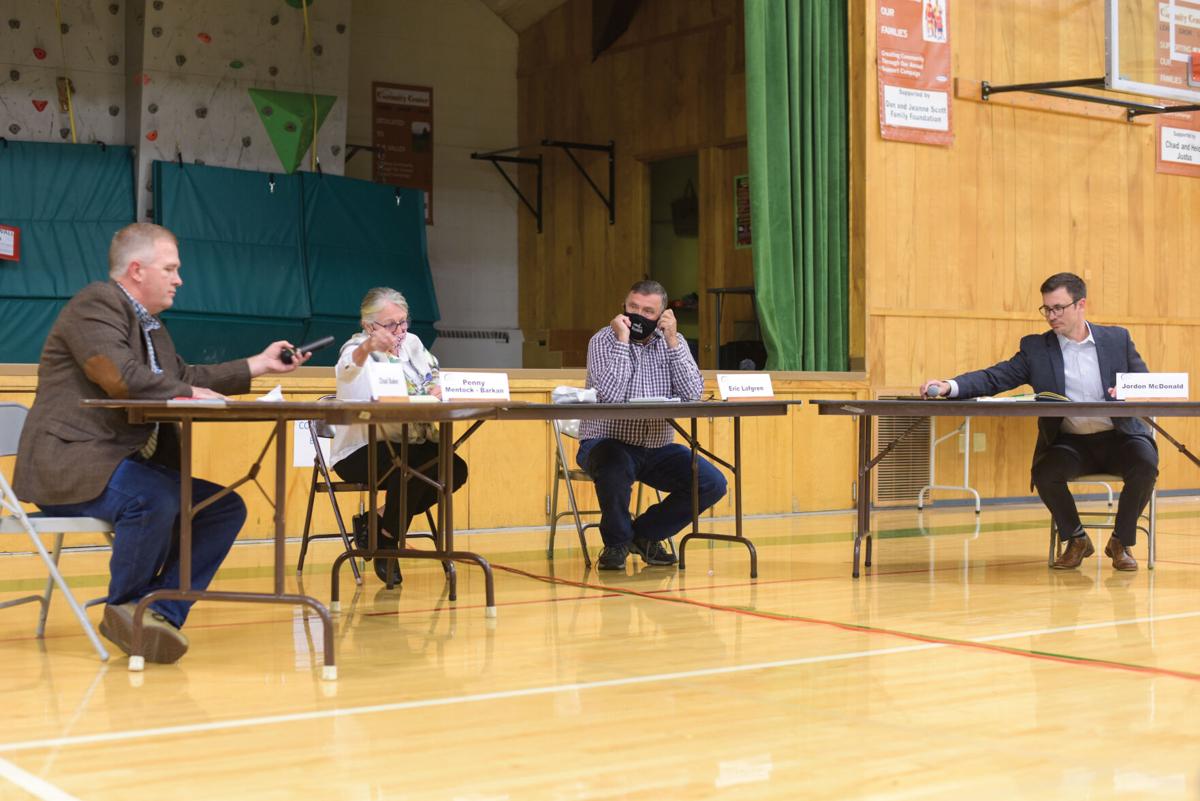 SCSD1 Board of Trustee candidates shared thoughts about ongoing budget cuts and their vision for students in the district.

Chad Baker, running against Penny Mentock-Barkan for one, four-year Big Horn Trustee seat, said his vision for students includes teaching critical learning skills for success in the workforce. As a banker, he said he understands budgeting and must look at every area mindfully, with nothing off the table.

“I think there’s always more opportunities to become more efficient,” Baker said. “Always think that new ideas, technology, a new way of doing things can be helpful in that.”

Mentock-Barkan, who currently serves on the school board and is a former teacher with SCSD1, hopes to enable students to be strong, confident and creative learners. With that, she emphasized funding education before all else, mentioning the decision to not fund a second school resource officer because of budgeting restraints this year.

Eric Lofgren, lifelong citizen of Dayton running against Jordon McDonald for one, four-year Ranchester Trustee seat on the school board, said he recognizes the importance of alternative learning methods and adapting to new ways of teaching and learning. He believes nothing is off the chopping block for budget cuts but doesn’t want those cuts to affect the teaching or learning abilities.

McDonald, who has children currently enrolled in the district, said a student’s vested interest in learning means they will someday bolster the local economy. He believes teachers are an untouchable resource when considering budget cuts.

“They’re No. 1 on the list in my book,” McDonald said. “We need to make sure teachers are here, they’re paid, and ultimately they’re the ones that are driving our kids to the success that they deserve.”

The lone candidate running for one, four-year Ranchester Trustee seat, Mercedes Biteman, was unable to attend but sent a letter in her absence. Biteman, as a parent of two Tongue River Elementary School students, wants to continue SCSD1’s academic success.

“There’s no doubt that we will be seeing some changes in the next few years in the way we educate our children,” Biteman wrote in the letter. “I want to see to it that our children are as best equipped as possible to achieve success, whether that be continuing on to college, the military or the workforce.”

Lisa Hanson, who served for eight years on Dayton Town Council previously, said a stable employee base and cohesive office is the first problem she’d solve if she were elected.

“We have really tough decisions to make, and we have to work together as a team, so I would like to encourage that teamwork,” Hanson said.

“I have worked very hard, as well as the rest of council, to put procedures in place to help the current problem as well as prevent those problems from occurring in the future,” Walters-Clark said. “Our employees are one of our greatest resources.”

Chris Bernard, who has worked closely with Dayton Town Council and planning commission on general contracting projects with his business and previously served on Ranchester Town Council, agreed that communication between city officials and community members could improve.

“I think communication and cohesiveness of the council, mayor and town staff is probably the biggest issue right now,” Bernard said. “I’d like to work together to solve that.”

Hanson and Walters-Clark are running for two, four-year council seats, along with incumbent Cliff Reed and Roberta Billingsley, who were not present.

Bernard is running for one, two-year unexpired term vacated June 8 alongside Deidre Wilson, who was not present.

Absentee voting began in September and runs until Nov. 2.

The general election is Nov. 3 from 7 a.m. to 7 p.m. at your designated polling location or via the absentee ballot drop box located behind Sheridan County Public Health.