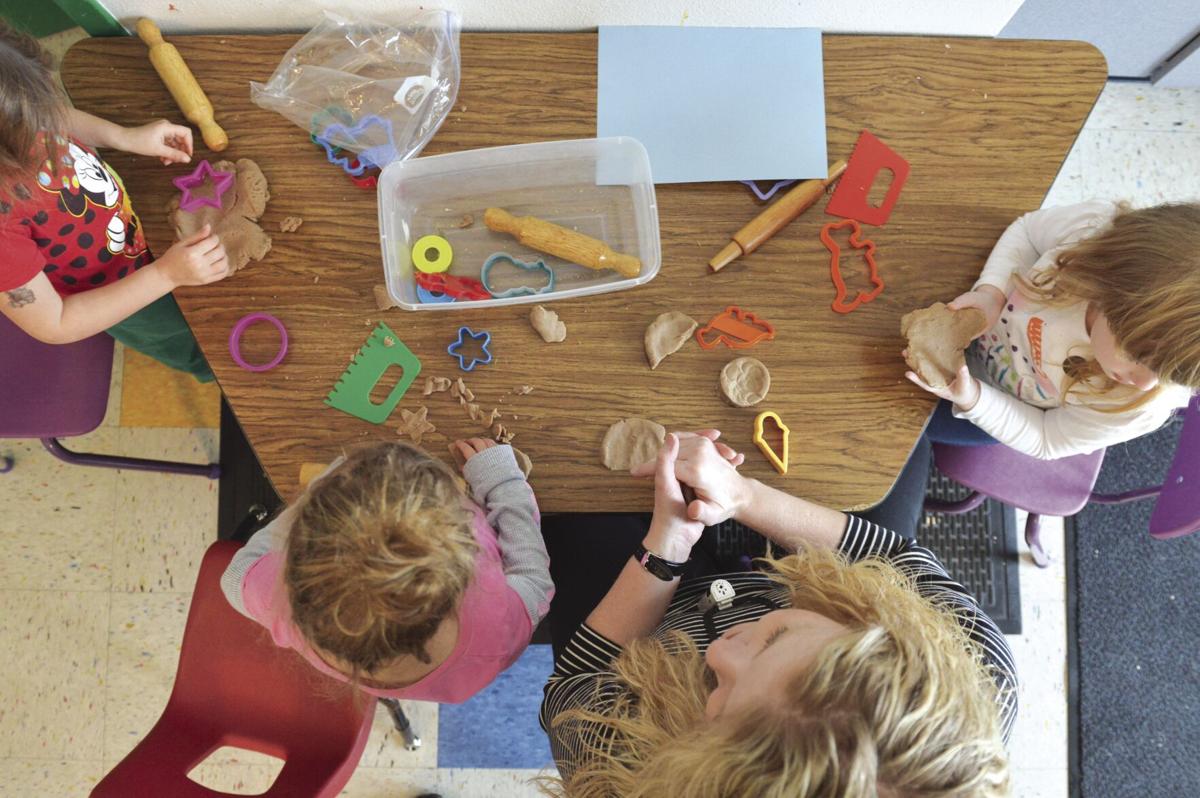 Children play with scented play dough at the sensory table Friday at the Child Development Center on South Sheridan Avenue in December 2016. 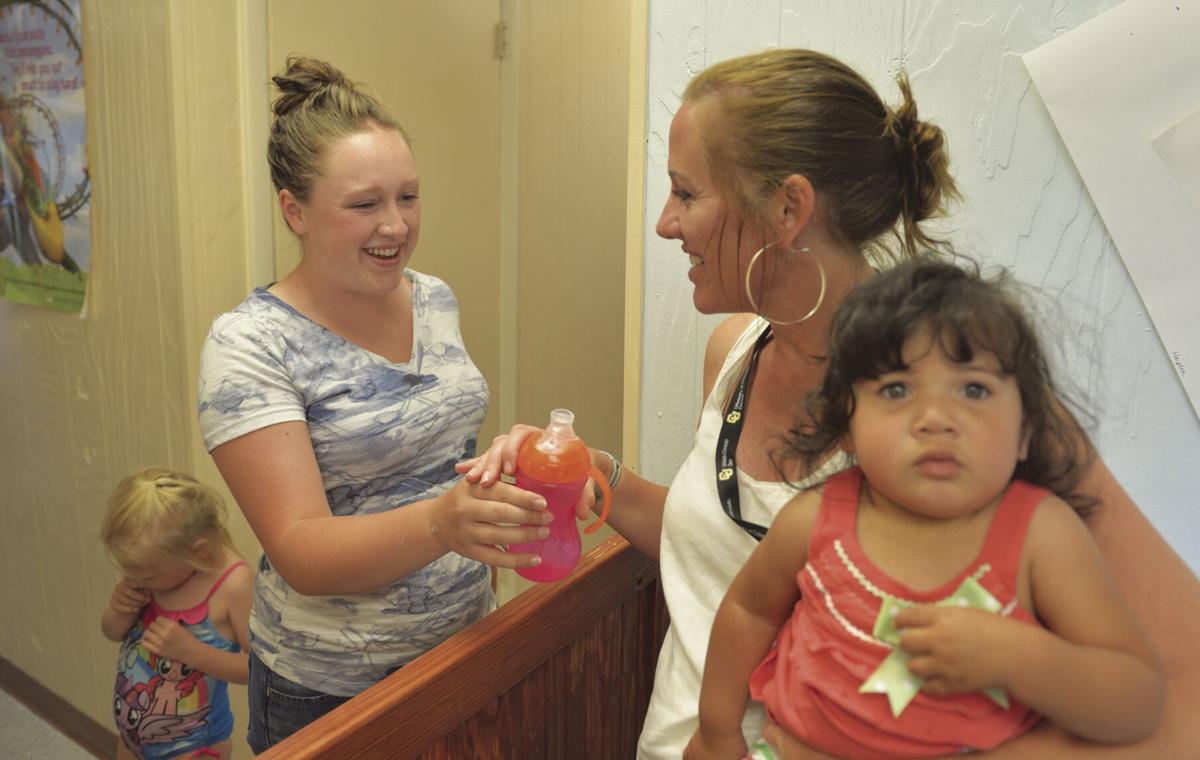 Alli Natzel, left, hands a bottle of water to Child’s Place employee Shari Mortensen as she holds Kira McCrary during a 4Kids training day in 2016 at the Tongue River Child's Place in Ranchester. Over the years, 4Kids has trained more than 500 child care providers. 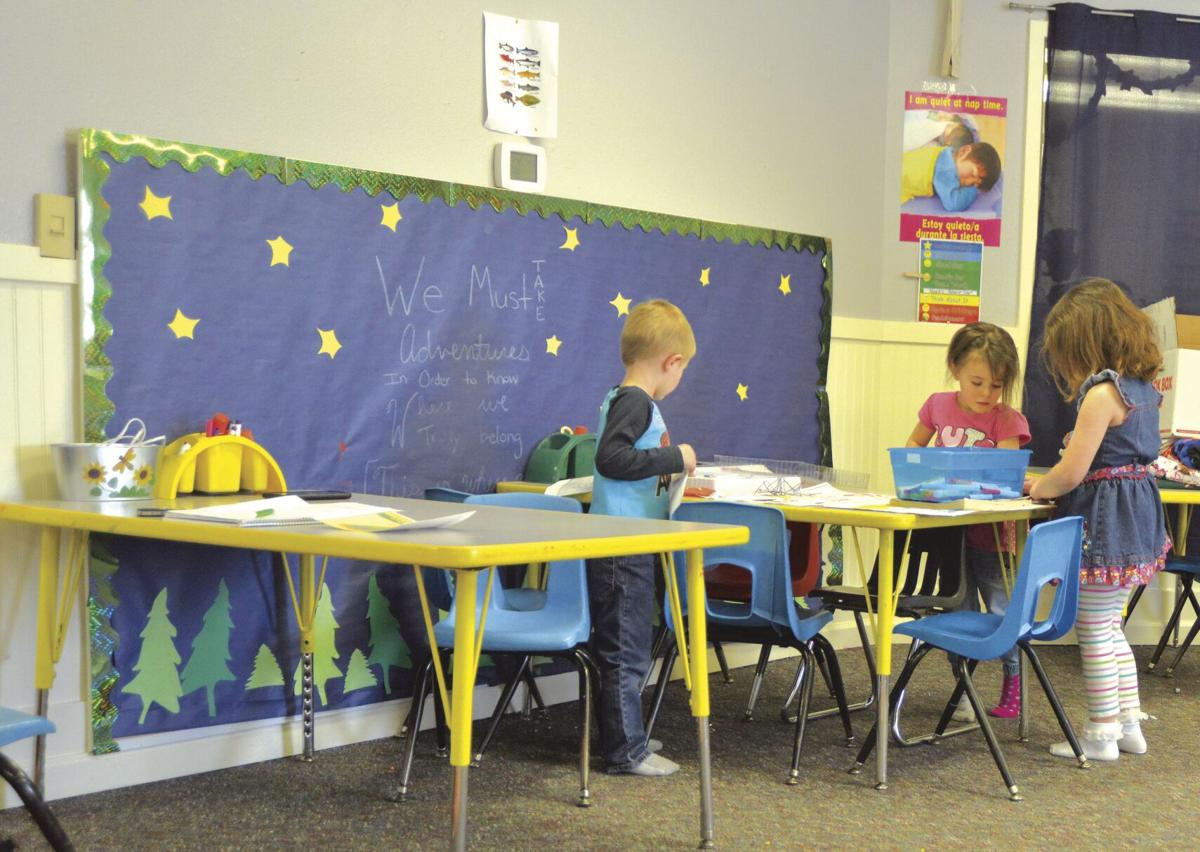 Children play with scented play dough at the sensory table Friday at the Child Development Center on South Sheridan Avenue in December 2016.

Alli Natzel, left, hands a bottle of water to Child’s Place employee Shari Mortensen as she holds Kira McCrary during a 4Kids training day in 2016 at the Tongue River Child's Place in Ranchester. Over the years, 4Kids has trained more than 500 child care providers.

SHERIDAN — Wyoming legislators and agencies moved forward in the process to change the governance of the state’s early childhood education programs in an attempt to realize better services for children as well as more consistent standards and management across the state.

The Wyoming Legislature’s Joint Education Committee voted Tuesday to move forward with the consolidation of the state’s early childhood programs under two departments, rather than the four currently involved.

The legislation, which was approved by the committee with an 11-2 vote, mirrors the recommendations developed by the Wyoming Early Childhood Governance Task Force and will still need to be considered by the Legislature as a whole. In its Dec. 14, 2020, report regarding its findings and recommendations, the task force reached a broad consensus that the state’s programs should be consolidated into the Department of Education and Department of Family Services.

“The Task Force’s goal is not just to move programs from one agency to another — it is to see the programs function in a new way, with higher-level leadership setting a coherent direction for the field,” the report states. “These new responsibilities should build on the agencies’ current responsibilities in early childhood, and they should work together to develop clear policies and communicate more effectively with the field — and families.”

The coordination and collaboration aspects of the recommendation remained at the center of the education committee’s discussions Tuesday. Its members heard testimony from a variety of stakeholders who expressed pride in their work and dismay that the quality of work was being questioned.

Lachelle Brant, representing the office of Gov. Mark Gordon, shared data with legislators that showed more than 1,700 children in the last three years across the state were first identified as having disabilities in kindergarten.

“So while we know that in some communities children are being served early on and very well, there are places in the state where unfortunately that isn’t happening,” Brant said. “So we need to do better.”

The recommendations outlined by the task force seek to do just that, and Superintendent of Public Instruction Jillian Balow said it could be done without any additional fiscal appropriation.

The effort will, however, require cooperation and a transition period. Currently, the legislation puts the changes into place July 1, 2022, providing more than a year for the logistical shifts to happen. Legislators acknowledged, though, that the transition would likely continue beyond a year.

Sen. Affie Ellis, R-Cheyenne, offered an amendment that would require annual reports regarding compliance with standards and policy, how many children enter kindergarten and are identified as having disabilities but haven’t received prior services and which services are being provided to students.

According to a 2018 national report from the Bipartisan Policy Center about the efficiency of early childhood governance system, Wyoming was ranked 49th.

“I’ve gone back and forth on whether this is necessary,” Ellis said after the meeting regarding the need for consolidation of services under fewer agencies. “By moving this forward we’ll hopefully be able to not only streamline and be more efficient, but have more accountability and make sure the kids needing assistance most are getting it.”

Legislators acknowledged that the changes would require a great deal of work and collaboration, but expressed hope that the agencies and individuals involved in providing the services would get behind the changes.

“I hope you all would keep an open mind,” Rep. Jamie Flitner, R-Greybull, said, acknowledging the importance of the child development centers and their reticence to the proposed changes. “We hear you, but I hope that you will in time get on board with this because I think with regard to the legislation, it does represent, I would think, a help to the work you do there and ultimately the K-12 system as well.”

4Kids closes with end of year

Those behind the effort noted that other early childhood education efforts have popped up around the state and will continue the work of providing quality child care and early education to providers around the state.