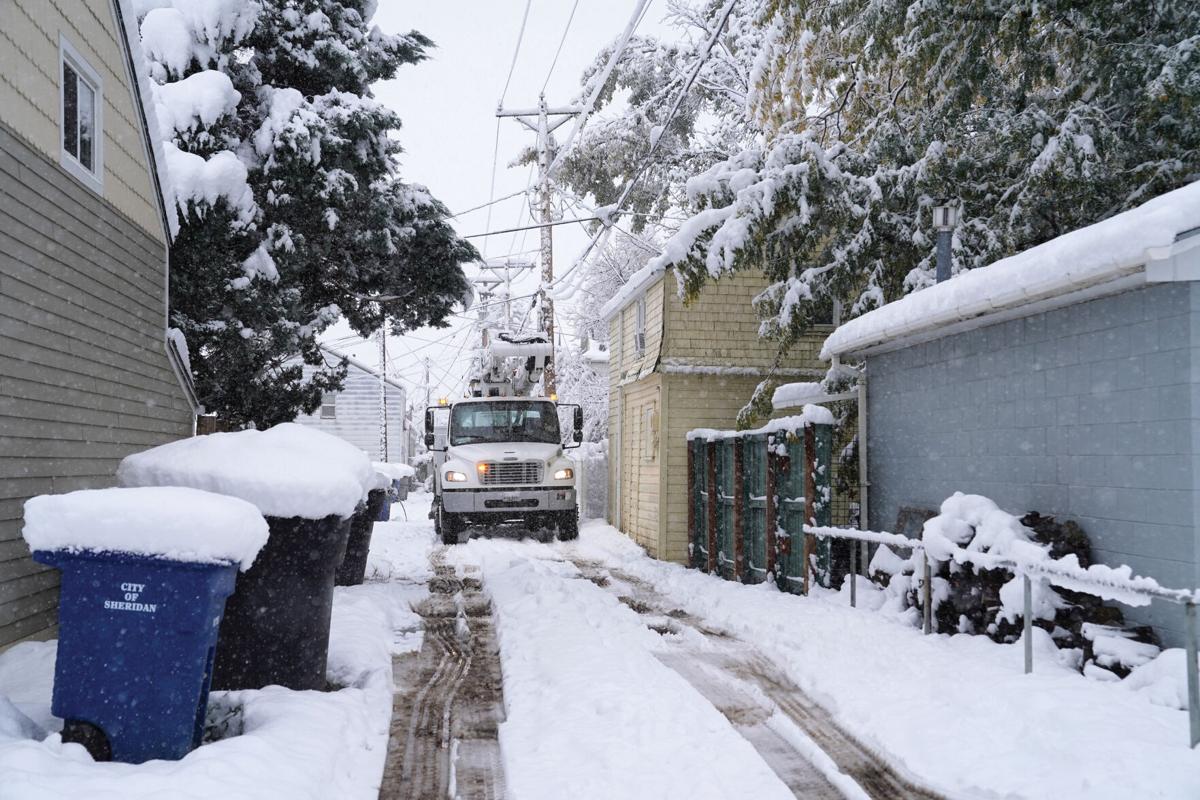 Montana Dakota Utilities trucks can be seen all over Sheridan dealing with power outages due to fallen tree limbs and heavy snow Tuesday, Oct. 12, 2021. 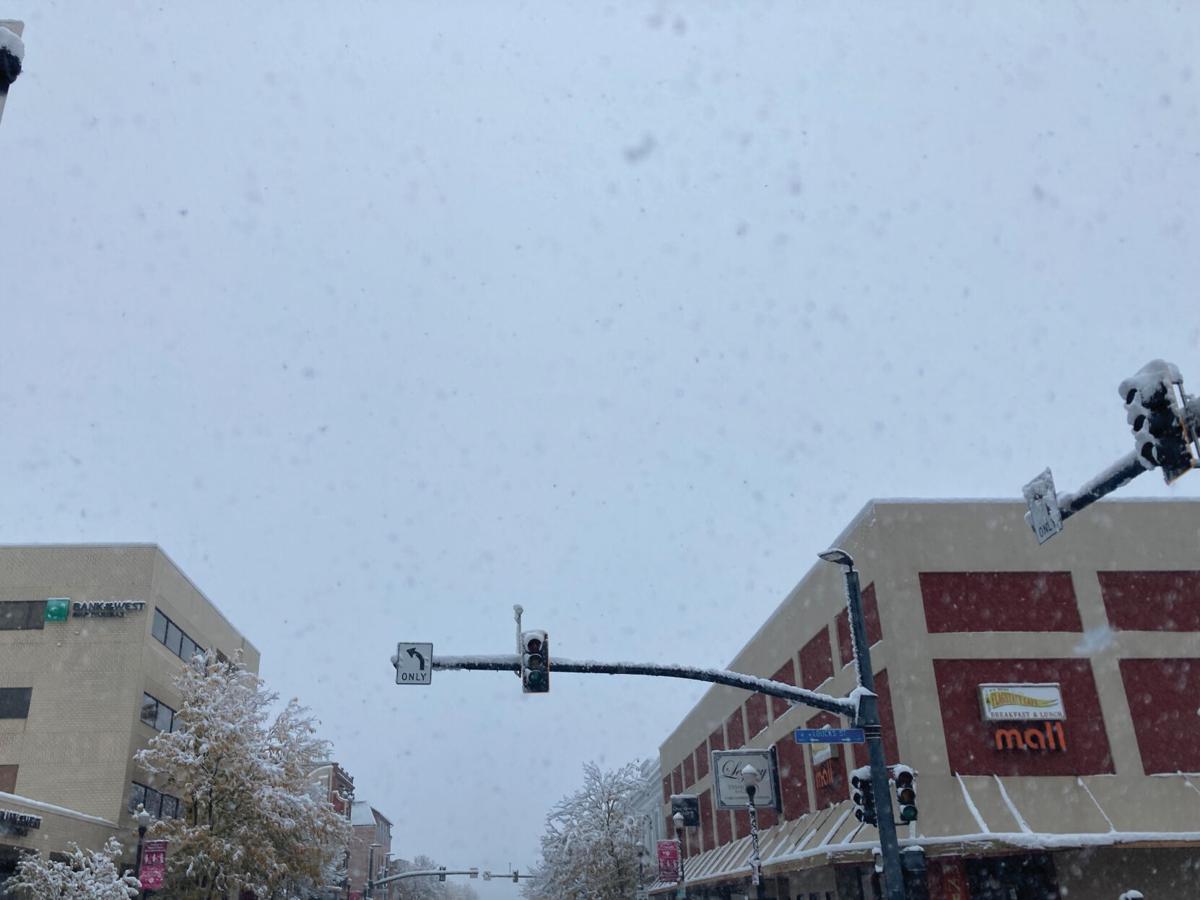 Montana Dakota Utilities trucks can be seen all over Sheridan dealing with power outages due to fallen tree limbs and heavy snow Tuesday, Oct. 12, 2021.

SHERIDAN — The first snow of the fall 2021 season hit Sheridan and the surrounding areas Monday evening, with Tuesday's forecast showing additional heavy, wet snow accumulation throughout the day and into Wednesday morning.

Power outages spanned Sheridan County, with some service returning around 8:30 a.m. But power outages continued on and off in the area with no clear time of when it would be restored, according to Montana-Dakota Utilities. First responders spent much of the morning responding to reports of down power lines.

Sheridan County School District 2 said school was on as normal, with power to the schools not proving an issue Tuesday morning.

Sheridan College, though, canceled classes for the day due to power outages and SCSD3 announced it would release students by 1 p.m.

Holy Name Catholic School also called school off for prekindergarten and kindergarten through fifth grade. Teachers will be calling parents for them to pick up their children.

In addition to schools, businesses and other organizations experiencing power outages and closures, the city of Sheridan closed Kendrick Park on Tuesday due to extensive tree damage. City crews are working to clean up downed branches following the snow storm.

According to the National Weather Service, Sheridan will experience temperature highs near 36 with a northwest wind nine to 14 mph. Total daytime snow accumulation is estimated to reach 1-3 inches, while night accumulations may total an additional 1-3 inches.

Wednesday may feature blowing snow until around noon, followed by partly sunny conditions and a potential high of 39 degrees.

As predicted, morning commutes and travel have been affected, with Wyoming Department of Transportation issuing no unnecessary travel on Interstate 90 between Buffalo and Sheridan around 7 p.m. last night and continuing into the morning.