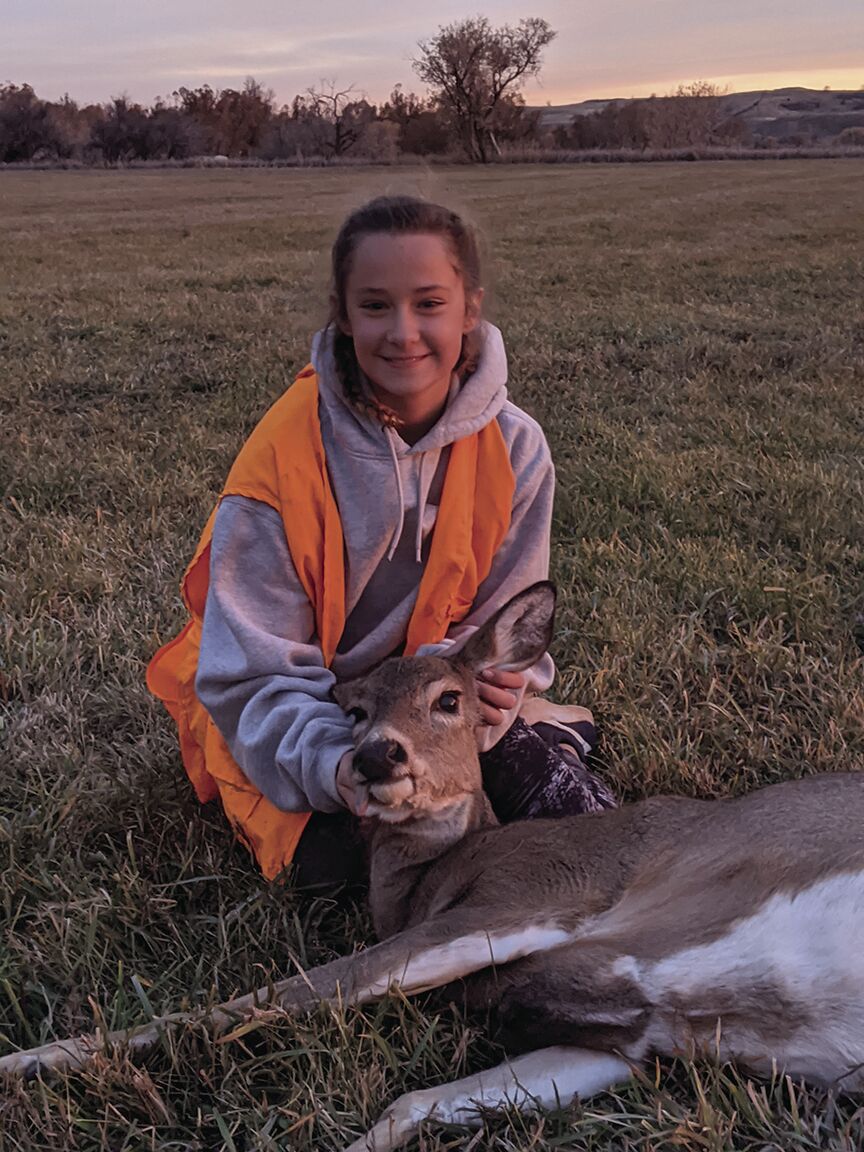 Avery Nikirk went hunting with her dad and brought down her first white tail deer. 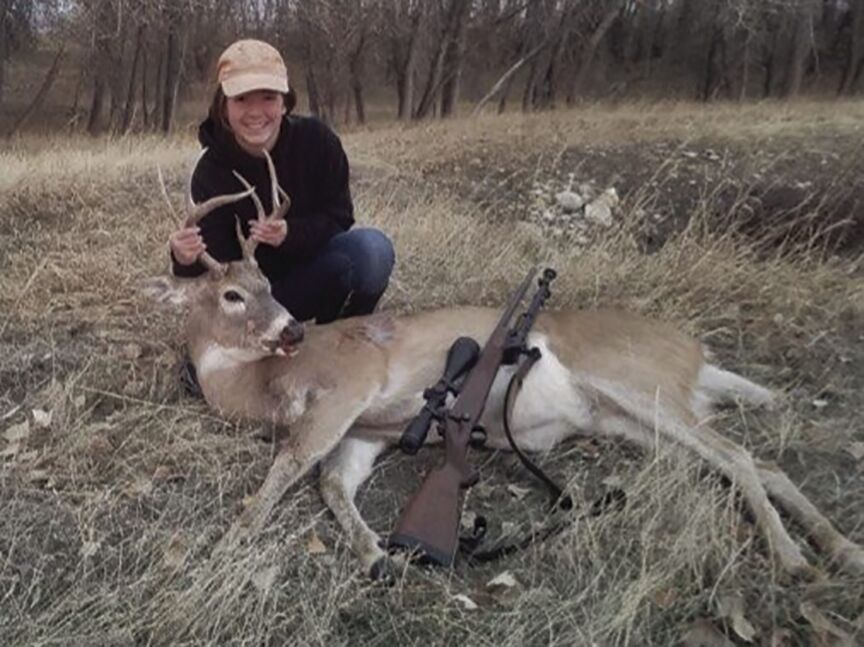 Emma Meyer, 12, went hunting with this year for her first white-tail, and while she wasn’t sure she could do it, her dad knew she could. 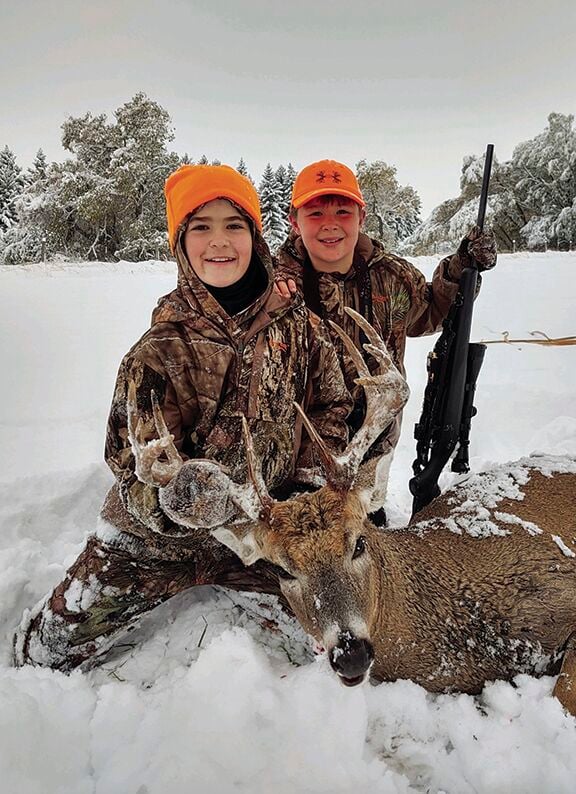 From left, Creighton Beach, 12, took a 227-yard shot to harvest his first white-tailed deer while his brother Dawson celebrates alongside. 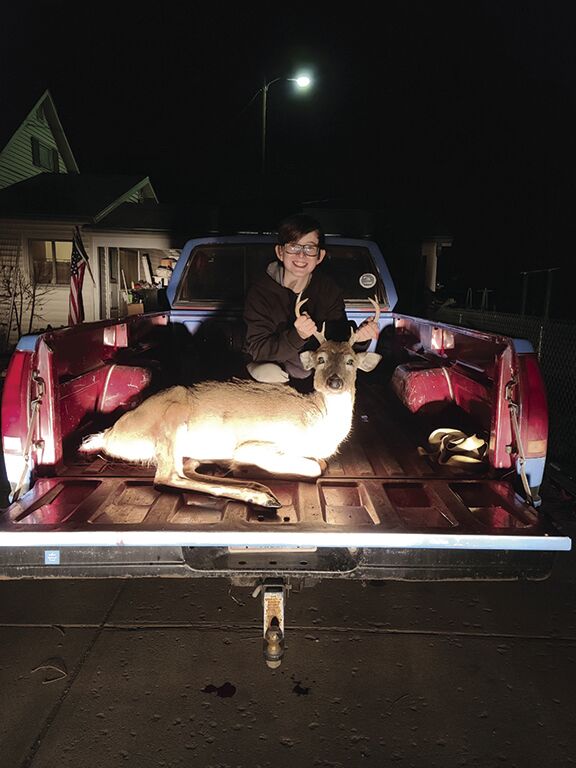 Avery Nikirk went hunting with her dad and brought down her first white tail deer.

Emma Meyer, 12, went hunting with this year for her first white-tail, and while she wasn’t sure she could do it, her dad knew she could.

From left, Creighton Beach, 12, took a 227-yard shot to harvest his first white-tailed deer while his brother Dawson celebrates alongside.

Two bills in the Wyoming Legislature this session look to amend Wyoming State Statute 23-2-102, which currently prevents any hunter younger than age 12 from hunting big game.

“I think both merit discussion,” said Rep. Cyrus Western, R-Sheridan, who is sponsoring one of the bills. “As long as kids have an adult with them, and they’ve gone through hunter safety protocols, that’s what is important.”

“I haven’t gotten a feel yet for whether it might go through or not go through,” Paxton said of his bill. “But I certainly think it merits a conversation.”

Western’s bill — House Bill 84 or the Naomi Hunting Age Exception Act — was inspired by the titular Naomi, a Make-A-Wish child with terminal cancer who wanted to hunt big game in Wyoming. But Naomi’s wish went ungranted because she was younger than the minimum age.

“I think she was 10 or 11,” Western said. “Unfortunately, the age of 12 is clearly defined in state statute, and there was no work around. My bill just gives the (Wyoming) Game and Fish Commission the ability to grant exceptions.”

Western’s bill states the minimum hunting age may be waived if a person younger than the age requirement demonstrates they are suffering from progressive, degenerative or malignant medical conditions that endanger their ability to hunt big game in the immediate future.

A separate bill, proposed by Paxton, also provides an exception to the hunting age requirements. House Bill 115 allows children age 11 to hunt big game, as long as they will turn 12 within the calendar year.

“The purpose of it is, if you have a December birthday like I do, you automatically miss out on a year of hunting as opposed to someone who is born in January,” Paxton said. “This just evens the playing field so kids with late birthdays can have the same opportunities as those with birthdays earlier in the year.”

Under current statute, hunters 12 and older may be eligible to hunt upland birds and small game, but they are not eligible to hunt big game, including antelope; elk; bison; moose; mule and white-tailed deer; bighorn sheep; and Rocky Mountain goats.

When hunting big game, young hunters are required to have a license application signed by a parent or guardian and be accompanied at all times by someone older than 18. All hunters younger than 55 must complete a hunter education certification, unless they have acquired a Hunter Mentor Program authorization and plan to hunt with a mentor.

All of the above requirements would apply to any youth who become eligible to hunt following the passage of Western and Paxton’s bills.