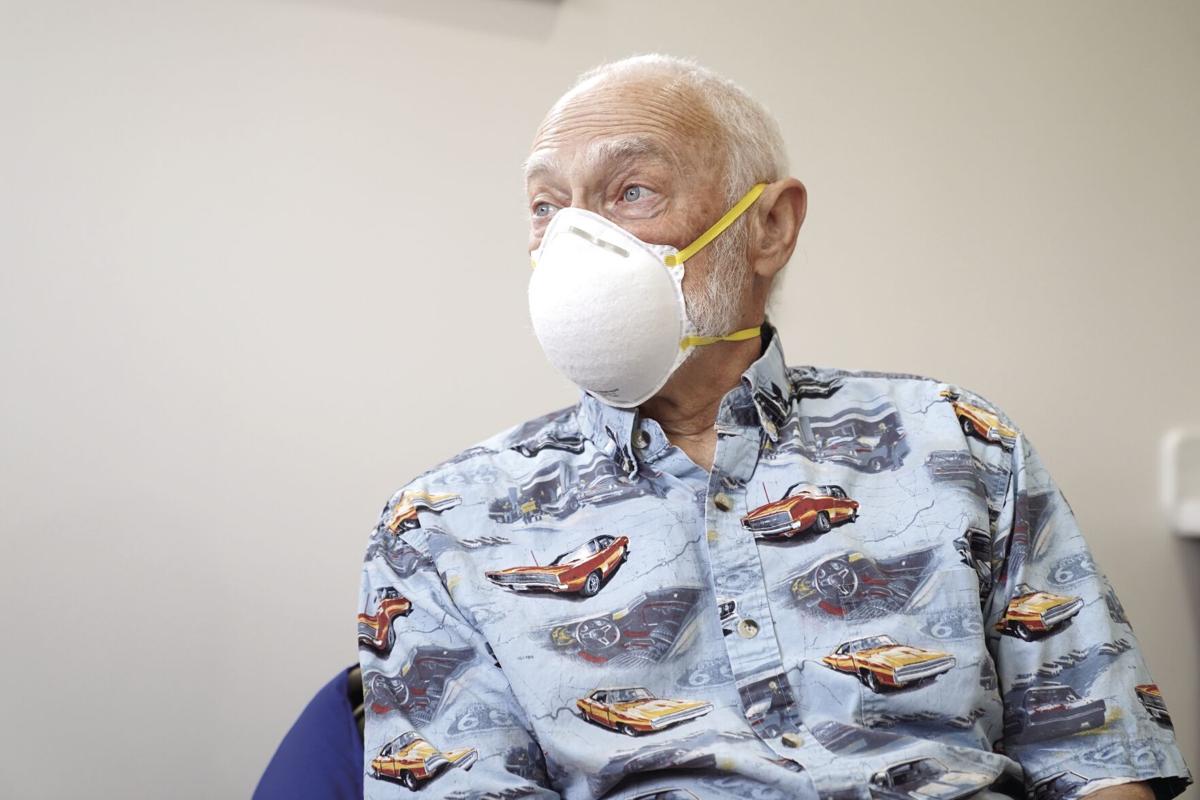 Dr. Barry Wohl discusses his 43-year career as a pediatrician in Sheridan Wednesday, April 28, 2021. Wohl recently retired from his practice. 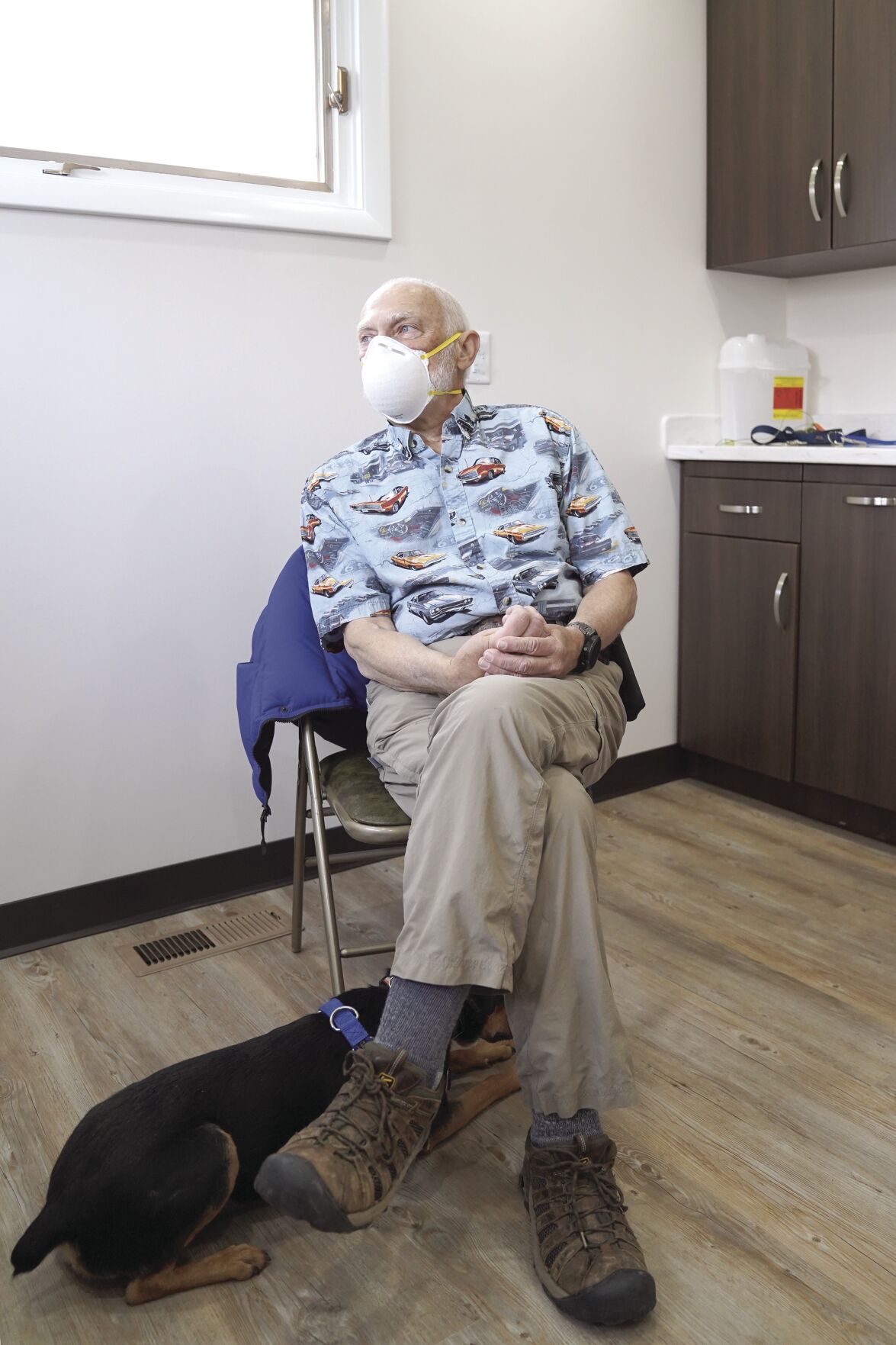 Dr. Barry Wohl looks forward to fly fishing, going on backpacking trips in the Bighorns and driving cross country with his dog Enzo to visit his grandkids to kick off his retirement. 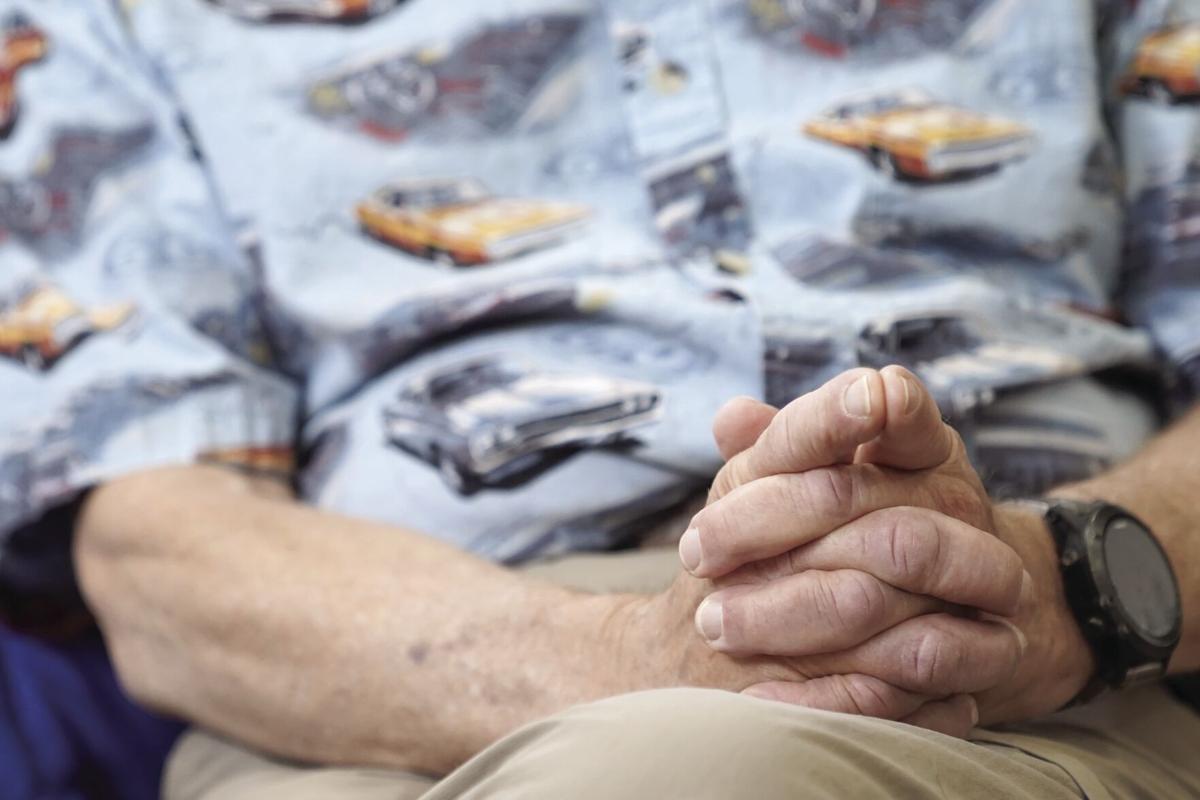 Dr. Barry Wohl talks about how pediatric medicine has changed over the course of his 43-year career and why he will miss it Wednesday, April 28, 2021.

Dr. Barry Wohl discusses his 43-year career as a pediatrician in Sheridan Wednesday, April 28, 2021. Wohl recently retired from his practice.

Dr. Barry Wohl looks forward to fly fishing, going on backpacking trips in the Bighorns and driving cross country with his dog Enzo to visit his grandkids to kick off his retirement.

Dr. Barry Wohl talks about how pediatric medicine has changed over the course of his 43-year career and why he will miss it Wednesday, April 28, 2021.

SHERIDAN — From 1990 to 1992, Dr. Barry Wohl was the only pediatrician in Sheridan and Johnson counties.

Wohl still remembers those two years of his career when he was “on call all day and all night for two years running.” Those years were exhausting but also fulfilling, Wohl said, and served as a reminder of just how important his services were in the community.

“Anytime I got discouraged, I reminded myself that it was my choice,” Wohl said. “It was something I wanted to do. And it was a very important trust the community gave me. They were trusting me to keep pediatrics alive and well in Sheridan, and that was a trust I didn’t want to break.”

“We are going to miss a lot about him,” Dunn said. “His care and his dedication to his practice and the community and his patients in general. We’ll miss his smiles and his stories. He really brought so much to this office.”

Although Wohl is inextricably tied to the Wyoming community he calls home, his story begins on the East Coast. A Philadelphia, Pennsylvania, native, Wohl spent his summers as a teenager working at summer camps in Vermont. The camp doctor was Jack Paradise, a famous pediatrician from Pittsburgh, Pennsylvania.

“I appreciated his kindness and his gentleness, and also how much he knew,” Wohl said.  “We were plagued one summer with a severe bacterial infection where every mosquito bite turned into a boil. His ability to diagnose and treat it made a big difference for the success of the summer.”

Wohl comes from a family of medical practitioners — both of his parents were doctors, as was his grandfather — but initially, he planned to go a different direction and become a psychologist.

After graduating Swarthmore College in 1969, Wohl and his wife spent the summer traveling across the country to Santa Barbara, California, where he would study psychology in the fall.  He got his first taste of Wyoming on this trip.

“Steven Piker (professor of anthropology at Swarthmore) told me ‘While you’re driving across the country, you have to stop in Wyoming,’” Wohl said. “So we did. We backpacked into Seneca Lake (near Pinedale). I fell in love with Wyoming on that trip.”

Nearly a decade later, Wohl returned to Wyoming. After several years studying psychology in Santa Barbara, he realized he had a passion for medicine. Remembering his time with Paradise at his teenage summer camps, he decided to go into pediatrics. He earned his medical degree at the University of Pennsylvania and completed his pediatric training at the Children's Hospital of Philadelphia.

In 1977, Wohl took another cross-country summer trip in search of a place to start his practice. On that journey, he stopped in Sheridan where he met Dr. John Knepper, a Buffalo native. A year later, Wohl joined Pediatric Associates, the practice Knepper had started by himself in 1974.

Wohl said he was thrilled to move to Wyoming, even though he had to keep a map in his back pocket to explain his plans to his colleagues in Pennsylvania.

Early in Wohl’s career, Knepper taught him three “secrets to success” that guided his career. These were Knepper’s three A’s: ability, affability and availability.

Wohl sums them up in his own way: “The science of medicine, the kindness of medicine and the access to medicine.”

“The thing about ability is that patients aren’t always able to tell if you have it or not,” Wohl said. “But it is absolutely the key to everything.”

Affability, or the kindness of medicine, wasn’t always a part of the medical trade, Wohl said. He recalls a story of his grandfather, who upon being interrupted by a patient multiple times, would say “I’m the doctor here. I’ll be asking the questions.”

“That is wrong,” Wohl said. “That is absolutely wrong. You need to greet everybody with a smile. You can’t shame or diss people. You need to be open to concerns. Kindness is so simple but so important.”

Dunn said Wohl has taught the importance of kindness to all the staff at Pediatrics Associates.

“I think Dr. Wohl has taught us a lot about customer service,” Dunn said. “He taught us that something as simple as a smile goes a long way.”

Wohl admits he had to learn a bit about the kindness of medicine himself.

“In the early years of my career, I would settle into anger when I learned a scientific fact I thought could help a child  — whether that was a new antibiotic or a new way to do surgery — and the family didn’t make use of that.” Wohl said. “I now realize that, when new science comes along, I need to respect the patients’ and their parents’ concerns about that. Even though it seems obvious to me that it’s a good thing, it’s not obvious. I realized that I couldn’t help anybody if I was angry.”

It also means Wohl often didn’t sleep through the night. Even when he wasn’t on call, he would often respond to emergencies in the middle of the night, he said.

When asked if he was enjoying his retirement, Wohl said ‘yes’; it’s the best sleep he’s had in four decades.

Before last December, Wohl was almost always in his office. He rarely took sick days. He only took one day off from work after fracturing his elbow in 2000 and was only out for three days after a disc surgery.

But on Dec. 21 of last year, he went into the hospital with what he thought was a simple back problem. He actually had an infected heart valve. He was in the hospital for more than a month and had several surgeries and multiple rounds of antibiotics.

Wohl said he had been planning retirement for some time and had originally planned to leave this summer. His sudden illness, and prolonged recovery, accelerated the schedule.

Wohl said he is slowly but steadily recovering, and he has been enjoying his retirement so far. He recently adopted a dog named Enzo, and the duo plan to travel the country to visit Wohl’s daughter and grandchildren.

Wohl also plans to enjoy the mountains around Sheridan where he will do some backpacking, hiking and fly-fishing; Enzo will hone his mouse-chasing abilities.

“I like sleeping in a simple tent, having simple meals, studying wildlife and taking pictures,” Wohl said. “It sounds like a pretty good way to spend my retirement.”

As of his retirement, Wohl was treating the children and grandchildren of some of his first patients. He said he was grateful to the community for its trust spanning nearly four decades.

“Forty years ago, I thought I was moving here to be closer to the mountains,” Wohl said. “What I wasn’t expecting is that I would fall in love with this community. But I was very lucky to find a community like Sheridan.”