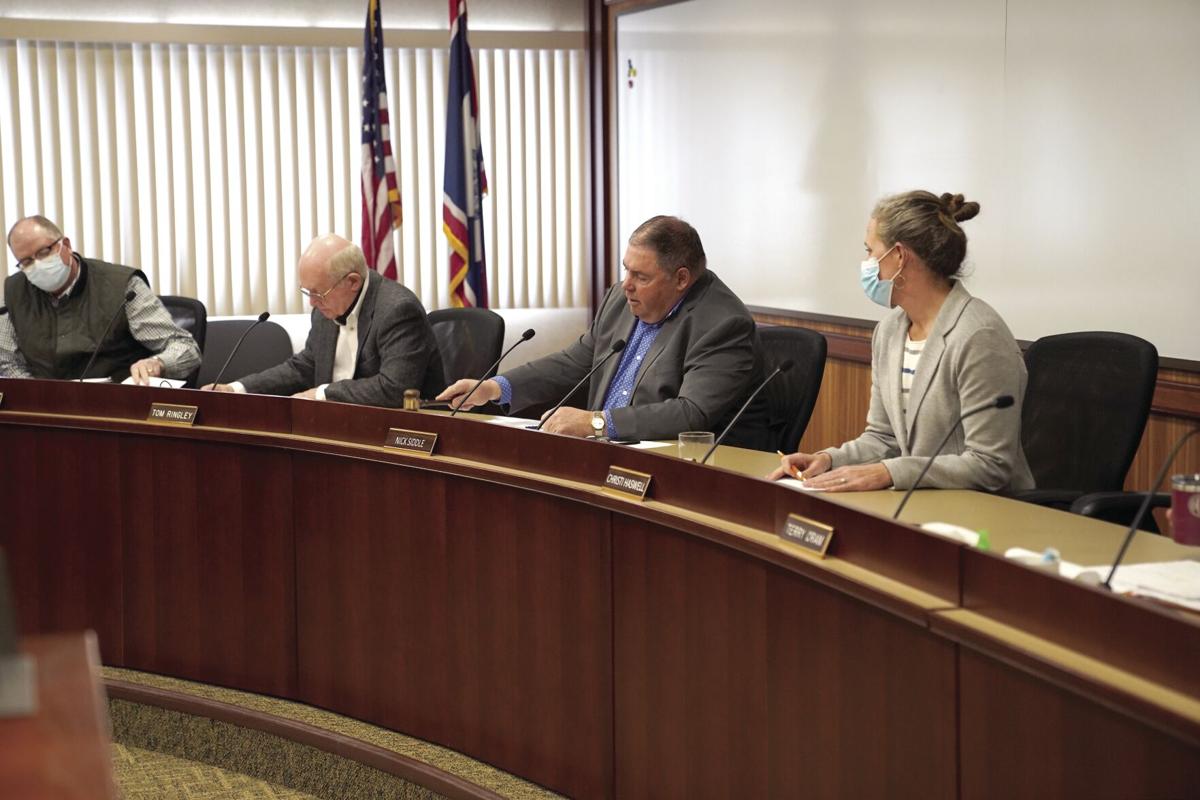 Sheridan County Commission Chair Nick Siddle brings down the gavel after the county commissioners vote unanimously against the proposed solar project Tuesday, Feb. 16, 2021. Most of the commissioners stated the application was not thorough enough in addressing all of the community’s concerns. 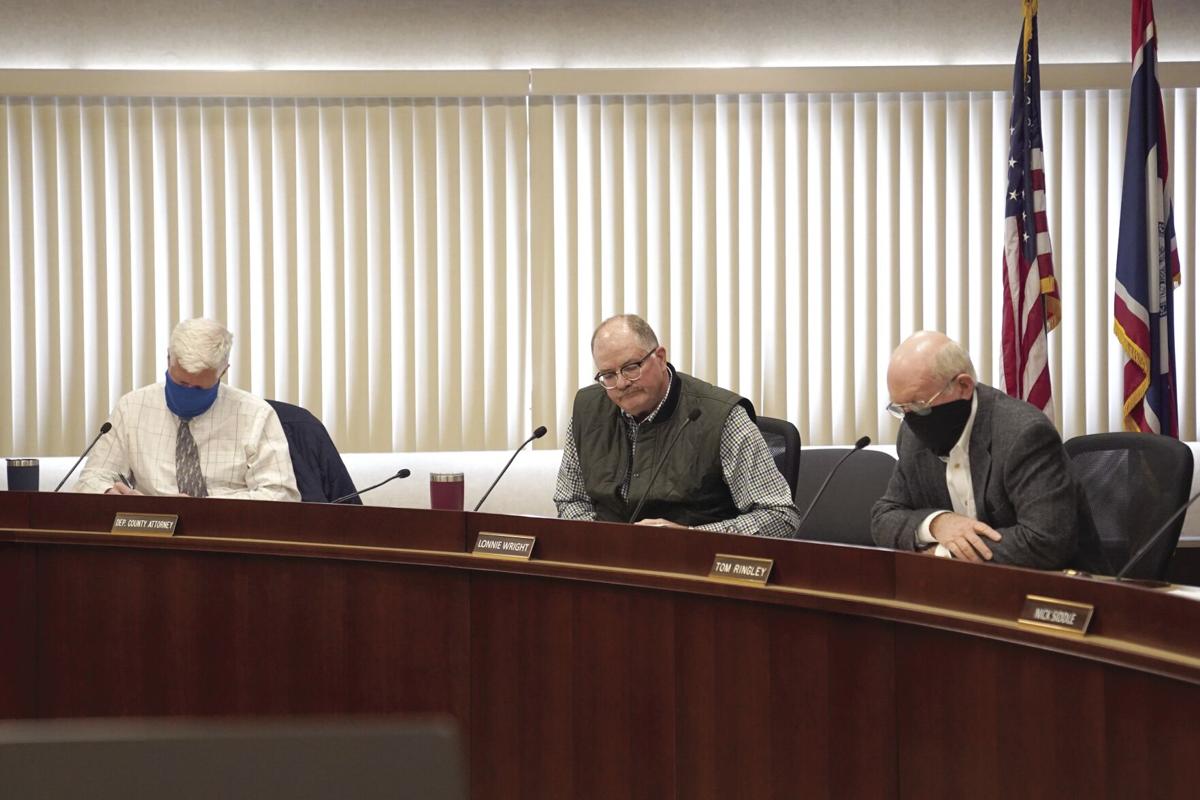 Sheridan County Commissioner Lonnie Wright, center, comments on his concerns about the proposed solar project before the vote Tuesday, Feb. 16, 2021. 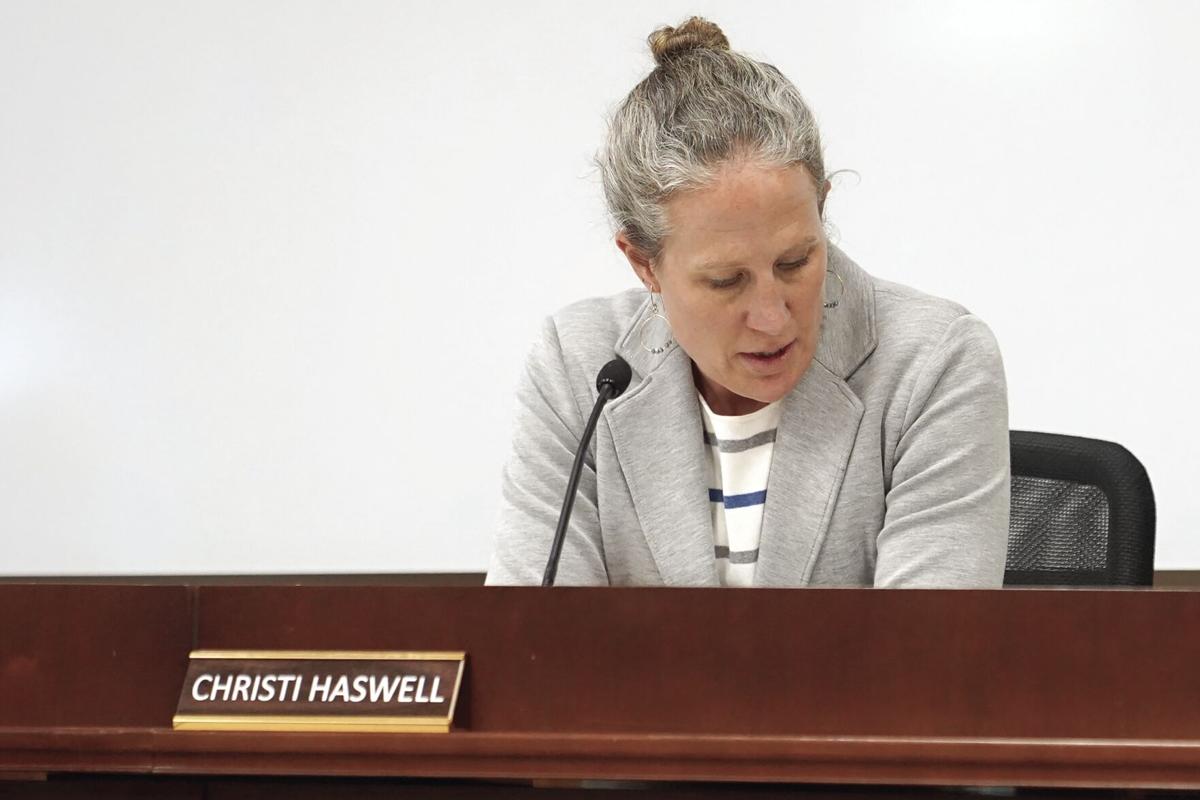 Sheridan County Commission Chair Nick Siddle brings down the gavel after the county commissioners vote unanimously against the proposed solar project Tuesday, Feb. 16, 2021. Most of the commissioners stated the application was not thorough enough in addressing all of the community’s concerns.

Sheridan County Commissioner Lonnie Wright, center, comments on his concerns about the proposed solar project before the vote Tuesday, Feb. 16, 2021.

“This is the first solar application we’ve ever had, and it’s probably not going to be the last,” Commissioner Tom Ringley said. “So I think it’s really important that we set a high bar for future applications. The process has got to be rigorous and stringent, and anybody that wants to apply for a solar permit in the future may go back and look at this one, and I want them to know that if they’re going to get it by Sheridan County, they better have it technically correct. I don’t think that this application necessarily sets that high a bar… I don’t think the permit (application) we have right now is ready for prime time.”

Prior to voting 0-5 to approve the application, commissioners mentioned a variety of concerns with the project.

First and foremost, according to Commissioner Lonnie Wright, was the testimony of Sheridan Solar owner Ros “Rocco” Vrba who contradicted much of the information in the application when speaking to the commission about the project last month.

“We’ve been told, at the meeting, that the lights wouldn’t be turned on, except for particular occasions when they want to work on the facility,” Cram said. “That’s fine. Maybe it’s true. But it’s not in the application. And it’s not binding just to say it to me. It has to be in the application.”

Commissioners also expressed concern about vacating a portion of Little Goose-Beaver Creek Road that crosses the facility site. The road was first platted in 1902 and, although the road was never built, Commission Chair Nick Siddle had reservations about giving up the property.

“None of us know what’s going to happen 100 years from now, and none of us are going to care,” Siddle said. “But our children and grandchildren might care if the possibility to build that road goes away.”

Other issues raised by the commissioners included the project’s impact on the nearby Colorado Colony Ditch; on the viewshed and contribution to light pollution; and public safety concerns related to battery storage.

The company had proposed an approximate 20-megawatt commercial utility-scale solar energy facility on a 163-acre parcel of land at the west end of Swaim Road.

The facility itself would have been 96 acres — roughly the size of 96 football fields — and could have powered nearly 3,000 homes through the plant’s operational life of 25 to 30 years. The facility would have been located on property locally owned by SunSource, LLC, currently used for cattle grazing.

Sheridan Solar’s application was first considered during a Jan. 7 Sheridan County Planning and Zoning Commission meeting where the commission voted 2-1 to forward the proposal with a recommendation to the county commission.

Sheridan County Commission held a public hearing on the issue during its Jan. 19 meeting. Of the 12 public commenters, only two — Vrba and owner of the property on which the proposed project would reside, Cam Forbes — spoke in favor of the project. The other 10 — all individuals who live along Swaim Road — spoke against the project.

Commenters during both the planning and zoning commission meeting and public hearing expressed a variety of concerns ranging from access to the section of vacated road to the eventual reclamation of the project area.

Since the application has been denied, Sheridan Solar has two options, according to Commissioner Christi Haswell. They can either choose to appeal the county’s ruling in district court or resubmit an altered application.

Siddle said he hoped the company would clean up their application and resubmit. He expressed a desire to support solar development in the county but also noted the importance of getting it right.