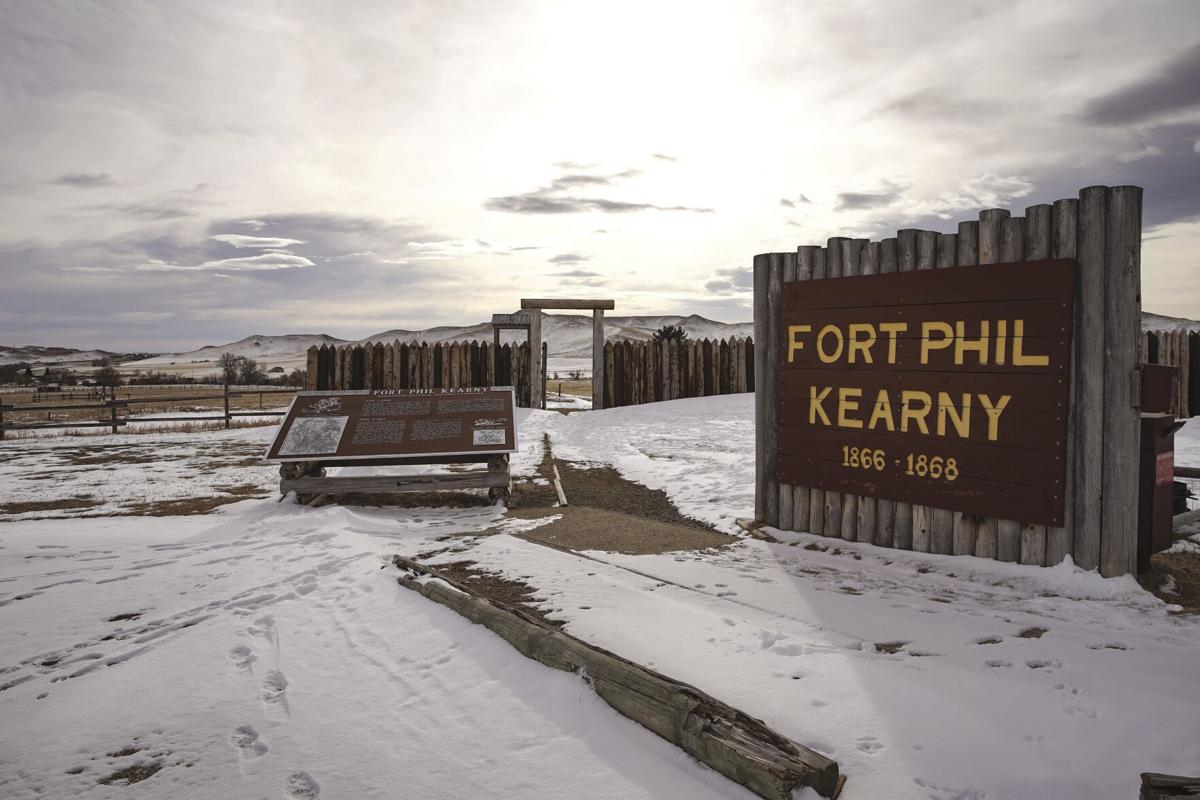 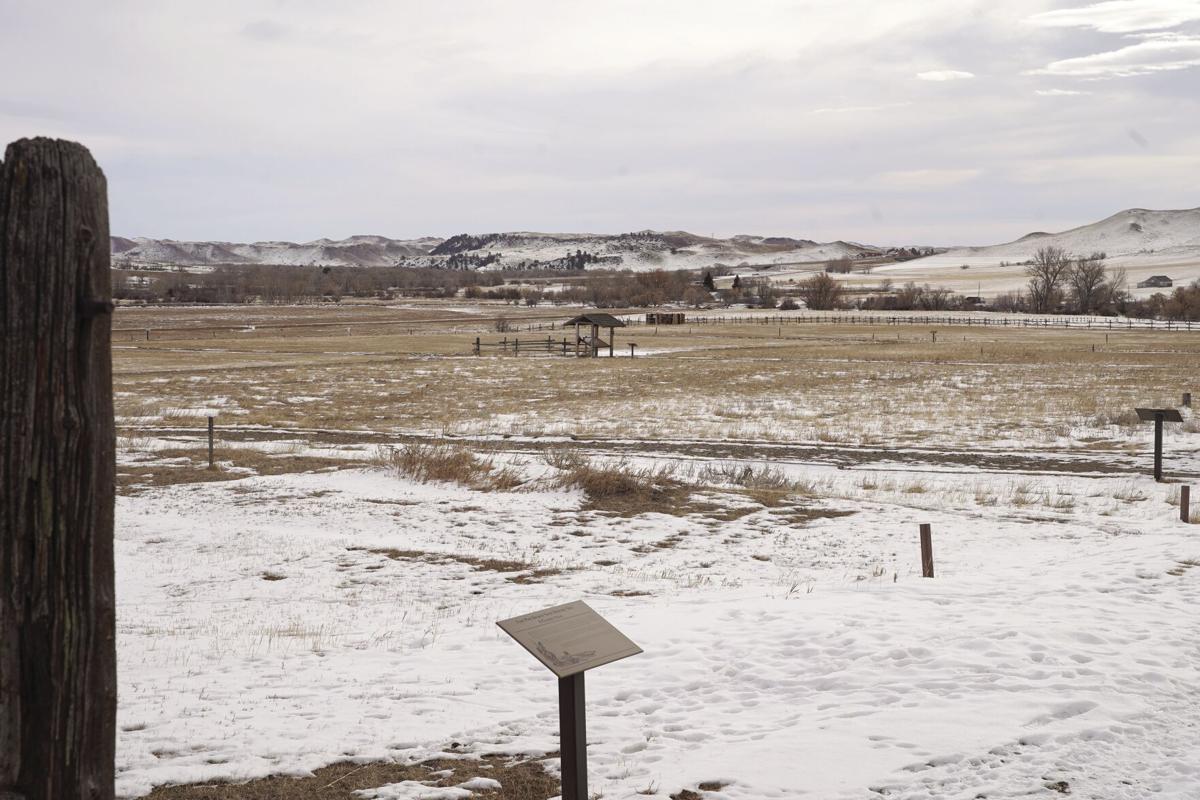 Established in 1886, Fort Phil Kearny was largest of three forts built along the Bozeman Trail. Wyoming and Montana residents are pursuing a national historic designation for Bozeman Trail. 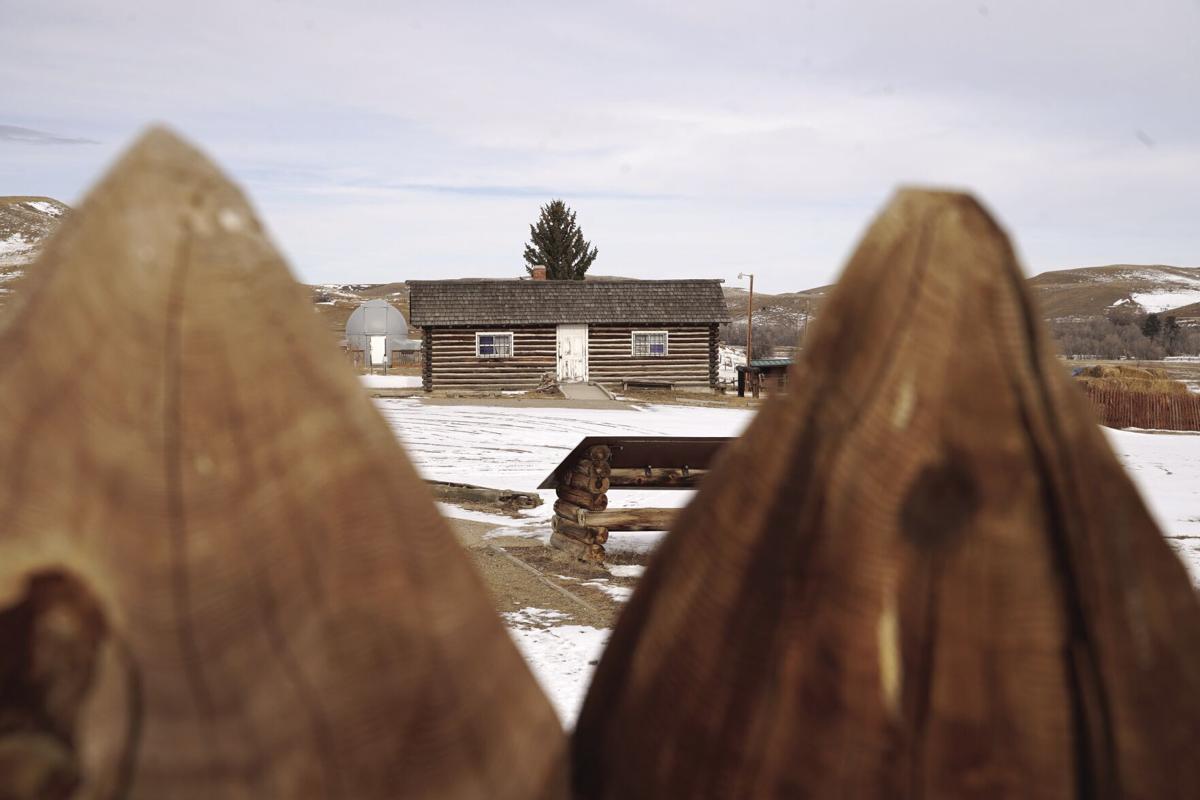 The Skylab is viewed at Fort Phil Kearny Historic Site from the stockade wall Tuesday, Jan. 12, 2021.

Established in 1886, Fort Phil Kearny was largest of three forts built along the Bozeman Trail. Wyoming and Montana residents are pursuing a national historic designation for Bozeman Trail.

The Skylab is viewed at Fort Phil Kearny Historic Site from the stockade wall Tuesday, Jan. 12, 2021.

SHERIDAN — You’ve passed over it on the interstate, driven the county roads that follow it and maybe even walked some portions. You might even have a piece in your own backyard.

The Bozeman Trail can be easy to overlook, according to Sheridan resident Dave McKee.

But the trail’s 535 non-contiguous miles, shared by private landowners and state and federal governments, may be one of the most significant trails in human history, according to Mike Penfold of Billings, Montana.

With centuries of human history woven into the trail’s fabric, a group of Montana and Wyoming residents, including McKee, Puckett and Penfold, are working to give the Bozeman Trail the recognition it deserves by pursuing a National Historic Trail designation.

“We believe some of the Bozeman Trail was used as a very early migration route, and we know early humans followed the Rocky Mountain front as the glaciers opened up,” Penfold said. “This is a route that has been used by ancient people, dinosaurs, Indians, gold miners and military. Now, people can follow it on county roads and interstates. It is quite the piece of human history.”

“Historians think Native Americans have been using this route for 30,000 years,” said JoAnne Puckett of Buffalo. “It is an old, old trail traveled by millions of people. When you’re on this trail, it takes you back. It gives you a different perspective.”

“It says that the people that traveled that trail and the events that occurred along it deserve to be remembered.”

The Bozeman Trail was established in 1863 as a 535-mile “shortcut” from the Oregon Trail near Casper to the gold fields around Virginia City, Montana. The trail likely follows ancient trade and travel routes used by indigenous cultures for centuries, Puckett said.

The trail passed through the heart of hunting lands claimed by the Lakota, Northern Cheyenne, Northern Arapaho and Crow tribes.

In Wyoming, the trail became the center of a campaign by the tribes against the settlers who intruded on their land. Conflict escalated, resulting in what is commonly called “Red Cloud’s War” with numerous skirmishes and three major battles including the Fetterman battle in 1866 and the Wagon Box and Hay Field fights in 1867.

“It was the last gold rush trail in the United States,” Penfold said. “It contributed to the immigration into Montana. In Wyoming, the trail went right through the heart of Indian country, and we can’t talk about the history of this trail without talking about the clash of cultures we had in the United States.”

Designation of the Bozeman Trail as a National Historic Trail will provide clear and lasting documentation of the historical significance of the trail and the events that occurred along it, McKee said.

“For those of us who really think history is important, we believe it is appropriate and respectful to have the trail recognized in this way,” McKee said.

National Historic Trail status would also increase interest in visitation, which would, in turn, have a direct impact on local economies, McKee said.

“If we can increase interest in the trail and the history of our area, that is a direct benefit to our local economies,” McKee said. “It encourages visitors to stay longer, which means more spent on motels, supplies, gas —  you name it.”

The efforts to obtain a National Historic Trail designation is being spearheaded by two nonprofits. Penfold and Our Montana, a nonprofit that advocates for tourism and preservation of public lands, is leading the charge in Montana. McKee, Puckett and the Fort Phil Kearny/Bozeman Trail Association are taking the lead in Wyoming.

The whole process could take anywhere from two to 10 years, Puckett said. Thankfully, a lot of the leg work for the project was already done two decades ago.

In 2002, the National Park Service, in cooperation with the Western History Association, published a preliminary assessment of historic trails known as “The Clash of Cultures Project.”

That assessment found the Bozeman Trail met the criteria for being listed as a National Historic Trail, and it was nationally significant for its role in Red Cloud’s War.

“The first question, if this project moves forward with a feasibility study, is ‘Will this National Historical Trail designation be feasible?’ And I think it will,” McKee said. “At least from the aspect of the military campaigns, it has already been identified as nationally significant.”

But, while the groundwork has been done, there is still a long way to go in pursuing the designation, McKee said.

The process involves requesting legislation from the U.S. Congress on two separate occasions. The first piece of legislation will direct the Secretary of the Interior to complete a National Trails System Feasibility and Suitability Study to evaluate whether the trail deserves the National Historic Trail designation. If the study comes back with a positive recommendation, as McKee expects it to, Congress will need to pass another piece of legislation listing the trail as a National Historic Trail.

The first step in the process is public outreach, McKee said. The Fort Phil Kearny/Bozeman Trail Association and Our Montana are reaching out to dozens of stakeholders along the trail including federal agencies, state and local governments, Native American tribes, private landowners and other interested parties.

“The first thing we wanted to accomplish is to just inform people of our intentions,” McKee said. “We want to make sure we take plenty of time to get our word out and have conversations with people and garner understanding about what we’re trying to do and why we’re trying to do it.”

For more information on the project and how you can get involved, or if you have a story to share about how your family’s history is connected to the Bozeman Trail, McKee and Puckett encourage emails sent to Bozemanht@gmail.com.