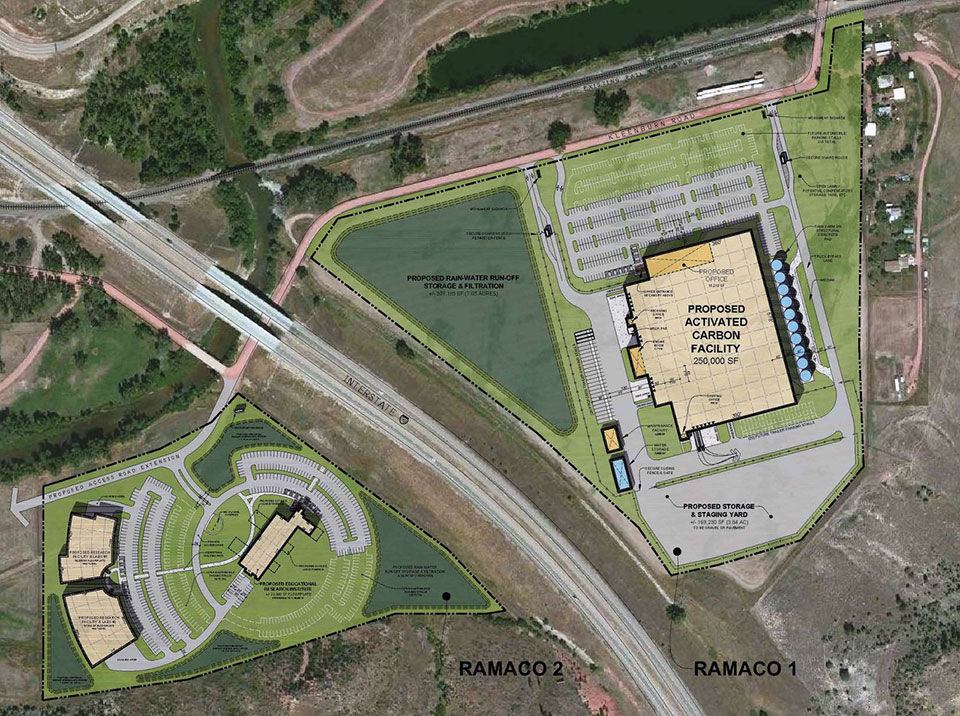 The above graphic shows the location of the Ramaco Carbon coal research and manufacturing facilities. 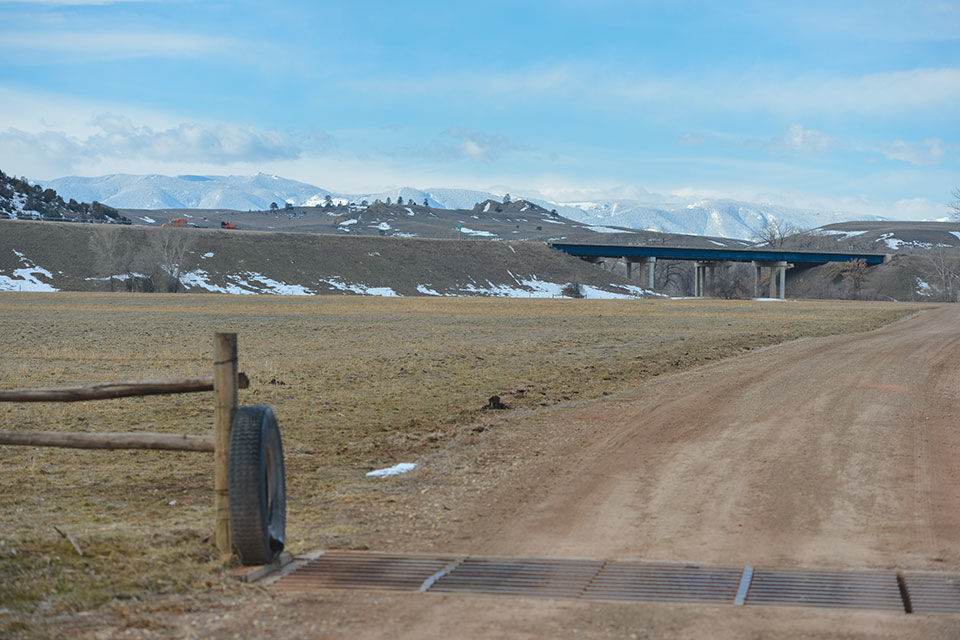 This Feb. 25, 2017, photo shows the approximate location near Acme and the Kleenburn Recreation Area that is the future site of a proposed Ramaco coal mine, research facility and manufacturing facility.

The above graphic shows the location of the Ramaco Carbon coal research and manufacturing facilities.

This Feb. 25, 2017, photo shows the approximate location near Acme and the Kleenburn Recreation Area that is the future site of a proposed Ramaco coal mine, research facility and manufacturing facility.

SHERIDAN — When plans for the Brook Mine north of Sheridan became public, many questioned the viability of a new coal mine when other companies were declaring bankruptcy.

Initially, the plan for the Brook Mine included selling thermal coal to utility companies for power generation. But Ramaco Carbon LLC officials recently announced plans to build research and manufacturing facilities in Sheridan County that will turn the coal into products like carbon fiber for the automobile industry and create thousands of jobs.

“Really, the coal mine will be the least interesting thing we’ll be doing out there,” Ramaco CEO Randall Atkins said.

The Brook Mine, located on 14,500 acres of private and state-owned land between Sheridan and Ranchester, will serve as the nucleus of a “coal to products” technology company and manufacturer of high-value industrial products.

“The idea went back three or so years ago,” said Charles Atkins, director of development for the new project. “I was talking to Randy about what the prospects were for the property in Sheridan and I was conveying to him some skepticism with the traditional business model of digging up coal and shipping it for sale to utilities for power generation.”

Atkins added that coal has historically been used for a number of products, from mascara to carbon fiber for space shuttles. But, he said, there hasn’t been an integrated facility in the U.S. to create those products at scale.

Thus the ideas for the Wyoming iPark and the Carbon Advanced Materials Center, or iCAM, came to be.

Initially, spearheaded in collaboration with Wyoming-based nonprofit Western Research Institute, the partners will focus work to accelerate the development of coal-derived carbon fiber for lightweight cars and automobile parts. That work will take place in the iCAM facility, which Randall Atkins said the company hopes to break ground on this summer.

The goal of the research team will be to produce the carbon fiber precursor material at a cost of less then $5 per pound. Atkins said the cost is currently around $12 per pound.

The team hopes to receive some funding help from the Department of Energy. The idea has successfully passed the concept review stage for the 2017 Vehicles Technologies Program. Ramaco and the other partners hope to receive $5-6 million to help fund the project.

Once the carbon fiber precursor materials have been developed, Charles Atkins said, they’ll be used in a facility across Interstate 90 in manufacturing. Atkins added that the goal is a net zero emissions park.

“We intend to use or reuse every molecule produced,” Atkins said, adding that those working at the facilities will filter out the various elements in coal and use them to make a variety of products. “We believe there is value in every molecule and we intend to extract it.”

Both Randall and Charlie Atkins, brothers, said the process will be considered light manufacturing. Neighbors, they said, will not face the prospect of smoke stacks in their backyards. Donald Collins, CEO of the Western Research Institute, noted that initially the facility would look more like Sheridan College or the University of Wyoming than a coal mine.

Still, neighbors have expressed concerns regarding the mine itself, and the environmental impacts it may have. A state council that hears contested environmental cases dismissed a request for an informal conference with state regulators last week. Locals intended to request stronger environmental assurances and additional studies on the mine’s impact. In addition, Big Horn Coal has fought Ramaco over permit boundaries and mineral rights.

Despite those issues, Randall Atkins expressed confidence in the project, citing a timeline of just a few years to get it all up and running.

The iCAM research facility, initially expected to employ 10-12 individuals, could grow quickly. When both the research and manufacturing facilities are at full-scale production, Ramaco officials said it could create more than 3,000 jobs in Wyoming, from engineers and scientists to manufacturers, construction workers and miners.

Thermal coal like that found in the Powder River Basin, Randall Atkins said, has typically had one customer in the form of utility companies. A project like the iPark and iCAM facilities, though, has the potential to create many avenues to keep the coal industry in business while easing concerns over emissions and environmental hazards.

“This is a long-range game changer,” Randall Atkins said.