Sign Up
Log In
Purchase a Subscription
You have permission to edit this article.
Edit
News
Sports
A&E
Business
Opinion
Obituaries
Multimedia
Announcements
e-Edition
Classifieds
Business Directory
Share This
1 of 5 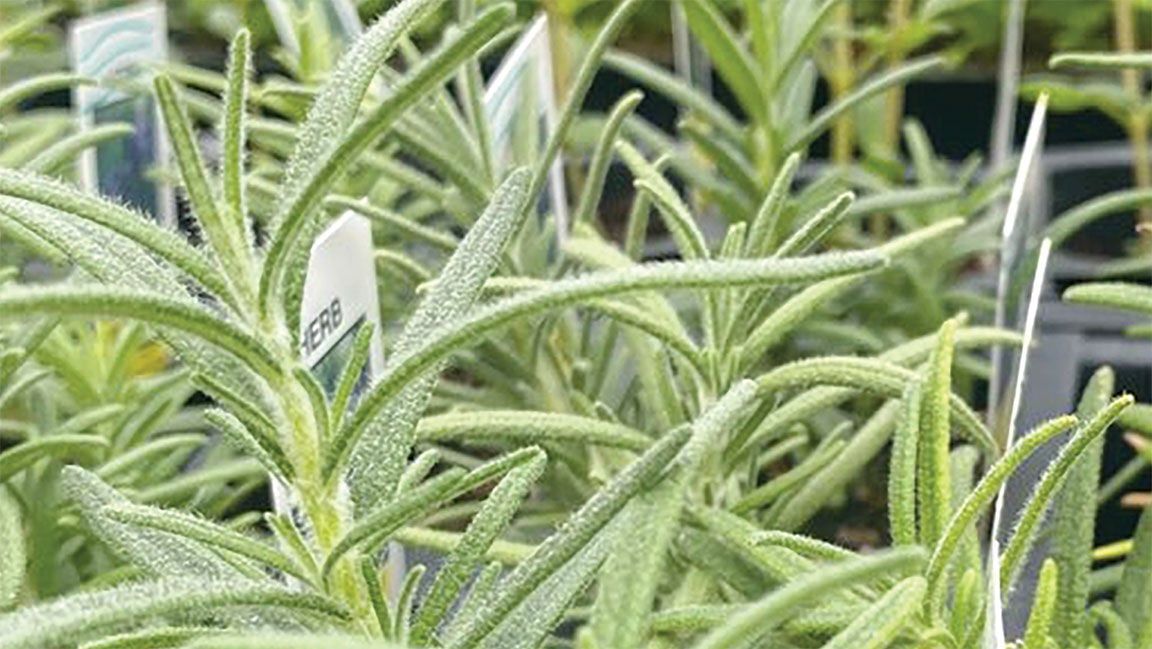 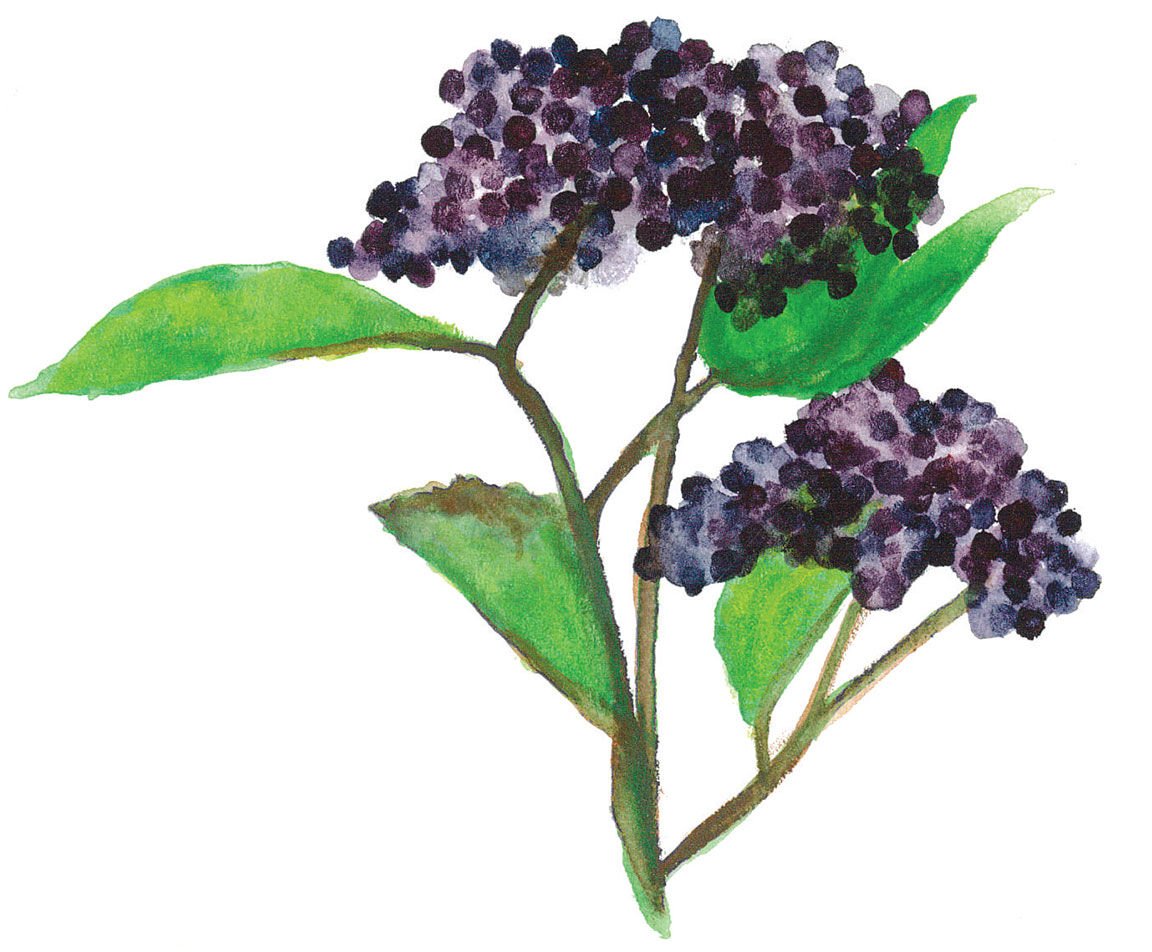 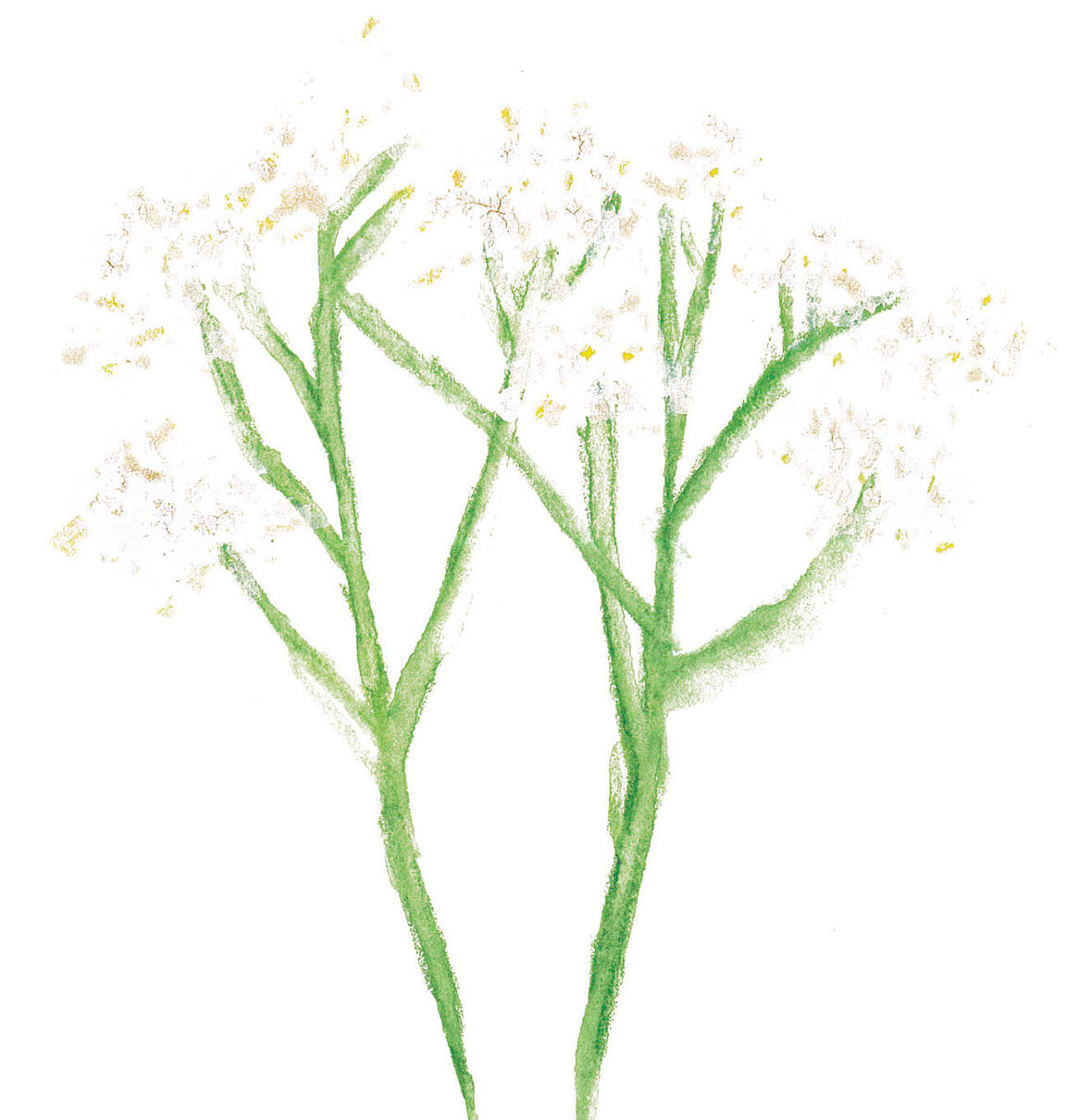 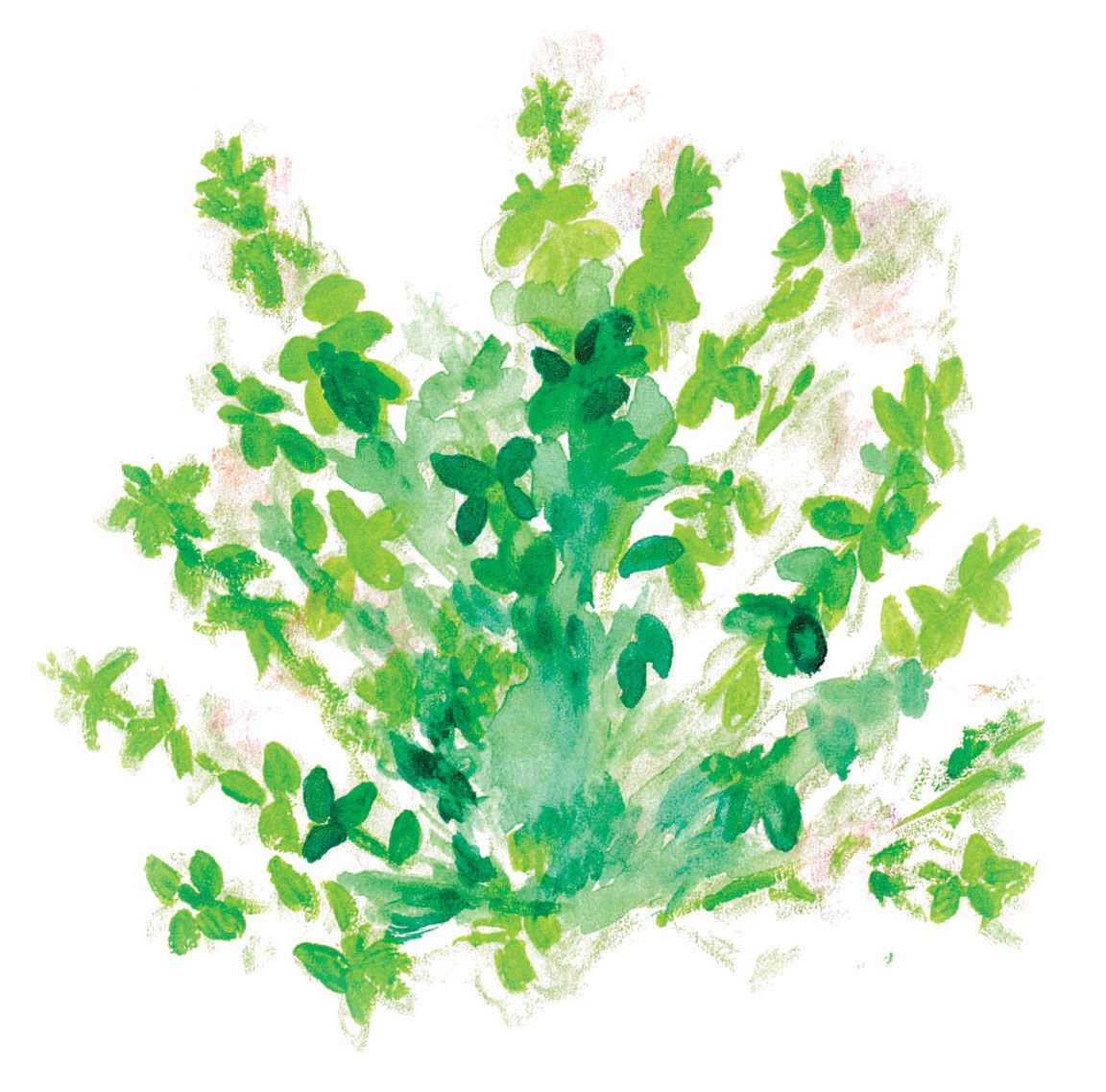 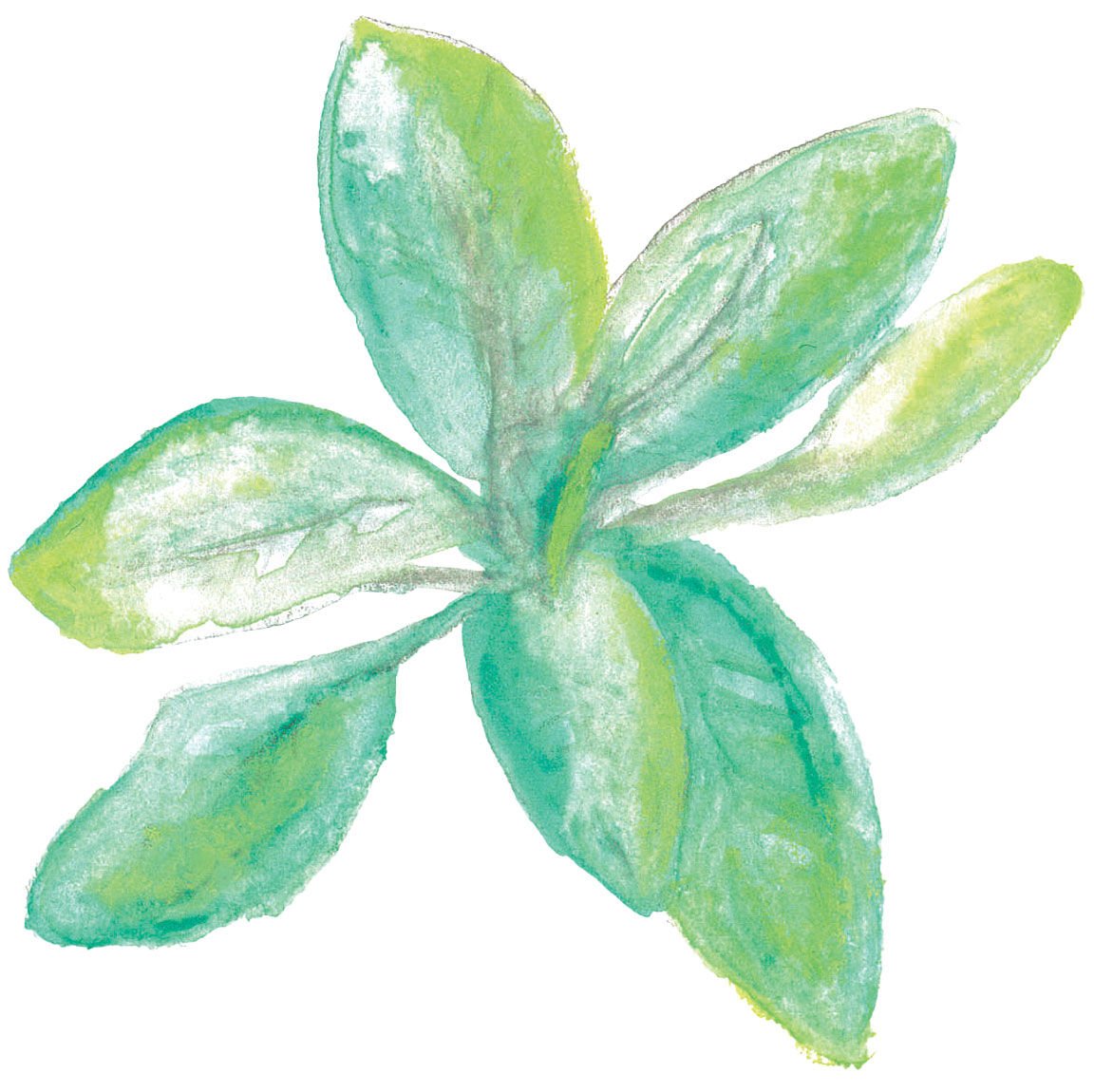 Just a few miles from the Western Washington University campus, Coast Salish peoples like the Lummi Nation have lived along the Puget Sound into British Columbia as fishermen and marine  hunters for generations and developed a rich connection with their environment.

More than 1,000 miles away, the HF Bar Ranch calls students and visitors to 7,500 acres of valley land along the Bighorn National Forest, encouraging those eager to learn about the cultural roots of plant life to experience a unique, Wyoming landscape, where native peoples developed their own distinct connection to their surroundings.

Senior instructor Wendy Walker at WWU’s Huxley College of the Environment — Bliss’ former instructor — worked with Bliss a few years after graduation to plan a transition for HF Bar from a strictly historic guest ranch to an environmentally-focused operation. Soon, they developed a plan to bring WWU students out to the ranch for a summer travel course option.

Fifteen students from a variety of majors joined the first trip in 2015 — first creating a 40-page transition plan for the ranch and then returning annually to perform research and work on projects. One project included a small museum now featured on the ranch, filled with environmental history and ethnobotanical knowledge.

In the existing two exhibits, students dry-pressed plants and used photographs to show how plants have been used over time by Crow Nation women for medicinal, nutritional and ceremonial purposes.

Even with WWU’s proximity to Coast Salish tribal communities, cultivating diversity of perspective and geography helps students return to their home environment with a greater appreciation for its nuances, Walker said. Students benefit from understanding how different Native American groups interact with their environment.

“If you travel to a new place very different from your own, walk through it, smell and touch what’s there, you learn on a more guttural, intense level that can leave lasting impressions,” Rieder said.

Receiving an invitation to learn and experience an environment is of critical importance, Walker added. For the first few days, students learn about the place. They observe plants, note how they grow at different elevations and learn from experienced field guides.

Incorporating ethnobotany encourages students to challenge the Western policy perspective in which science is entrenched and reminds them of the human connection to plants, Walker said. Rather than studying the plant as an object, students learn to recognize the plant as another being with which they have a relationship.

Walker describes the relationship as a collaboration — a search for the balance where plant and human life cycles can live most fully.

Walker said she seeks to show her students their research is not intended to focus only on what is “dead and gone,” but how plants influence ongoing cultural traditions.

Rieder noted Sheridan has become more variable as a result of climate change, adding to an already challenging environment for warm season crops.

“Many gardeners bemoan the green, unripened tomatoes that proliferate on their vines and never have the chance to ripen before the first frost in the fall,” she said.

Still, the landscape has produced some plants and herbs that have found their way into HF Bar’s museum as remnants of rich cultural practices.

One of the medicinal herbs native to Sheridan’s landscape is yarrow, an easy-growing plant that often spreads beyond the desired area, Rieder said. Yet, the herb is known in some circles as nature’s Band-Aid.

Oregano is often called upon for sinus congestion and infection. Fringed sage and Sagewort are naturally occurring in the foothills and rangelands, with a long history of ceremonial use by native people.

A novice ethnobotanist herself, Rieder said engaging tales — like those of youngsters who used the hollow stems of elderberry like pea shooters without succumbing to its poison — have drawn her into the discipline. The native-growing elderberry fruit is well-regarded as an immune system booster.

In teaching students about the birds, plants and historic events of HF Bar’s landscape, Rieder said she hopes students depart as better observers of patterns and features of all landscapes.

“I come at this from an ecologist’s perspective and then overlay the little I know of ethnobotany,” she said. “Unlike Bellingham, Washington, our landscape is driven by water, or lack thereof, and that tells the vegetation story, at least in a coarse way. In turn, that tells us about the birds we’ll likely find in each of these vegetation communities, and so on.”

More than three-quarters of creatures in the Rocky Mountain region rely on a tiny slice — just 5% — of the landscape where water exists. Still, the two landscapes share some plant species.

Students learning on a Wyoming ranch can take the same observational skills and deeper understanding of human interaction with a landscape back to Bellingham and read that landscape more intimately, Rieder said.

For a scientist like Rieder, tracing even 100 years of history and space on the HF Bar Ranch, from indigenous practices to dude ranches, plays an invaluable role in the gaining of knowledge.

The land tells a story of major events and human impact — one that is important to understand to fully appreciate how vegetation serves Earth’s living things, in ceremony, modern medicine and more, Rieder said.

“To me, ethnobotany is the intersection of culture, history and biology/ecology,” she said. “It brings plants to life in a way that labeling them with a scientific name does not.”

This white, spicy herb is found in Greek myths and North American tribal history, with evidence of its use as a healing wound compress and treatment for fever, diarrhea and dysentery, or as an insect repellent, hair wash and smoking ingredient. Yarrow has been proven to lower blood pressure, encourage blood clotting, reduce fever and inflammation and promote digestion.

Apart from its applications in food and wine and as a dye, elderberry is often used as a treatment for cold and flu symptoms. The antioxidants, vitamins and minerals found in the elderberry fruit’s rich bluish-purple color help the body defend against disease. Elderberry is documented as having been used to repel evil spirits. A folk medicine-inspired Appalachian recipe for treating a cold includes elder flower, yarrow, lemon balm, peppermint, slippery elm and propolis — a resin produced by honey bees.

This peppery culinary herb is also known to be useful for soothing digestion and respiratory ailments and easing menstruation. Oregano can be used to treat colds, flu and upset stomach. Oregano teas are useful as a sleep aid, though the herb is not safe in medicinal quantities for pregnant women. Externally, it treats asthma, arthritis and muscle ache. A few drops of oregano essential oil on a cotton ball in the hollow of a tooth can relieve toothache.

Source: Plants For A Future

One of the longest standing medicinal herbs, sage has been used as a wound compress and to clean ulcers and sores. Some cultures valued the aromatic silver-green plant as a treatment for liver, kidney, lung and joint troubles. Herbalists recommend sage juice in warm water for a cough, sore throat, headache, upset stomach or menopausal symptoms. Externally, it can be used to treat sprains and swelling. Research is investigating sage derivatives as a treatment for Alzheimer’s disease. Sage is often burned for smudging as a cleansing and purifying scent.