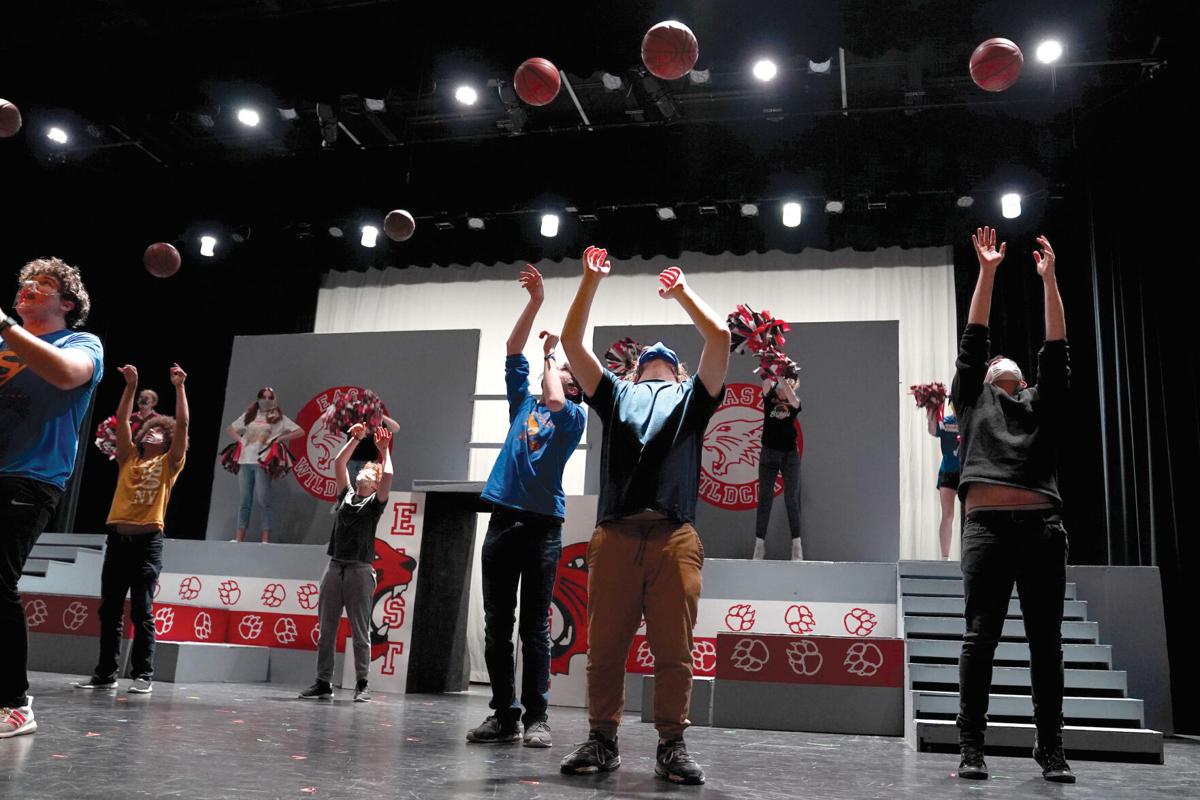 Sheridan High School students rehearse the song “Get’cha Head in the Game,” in preparation for their production of “High School Musical” Thursday, Feb. 18, 2021. 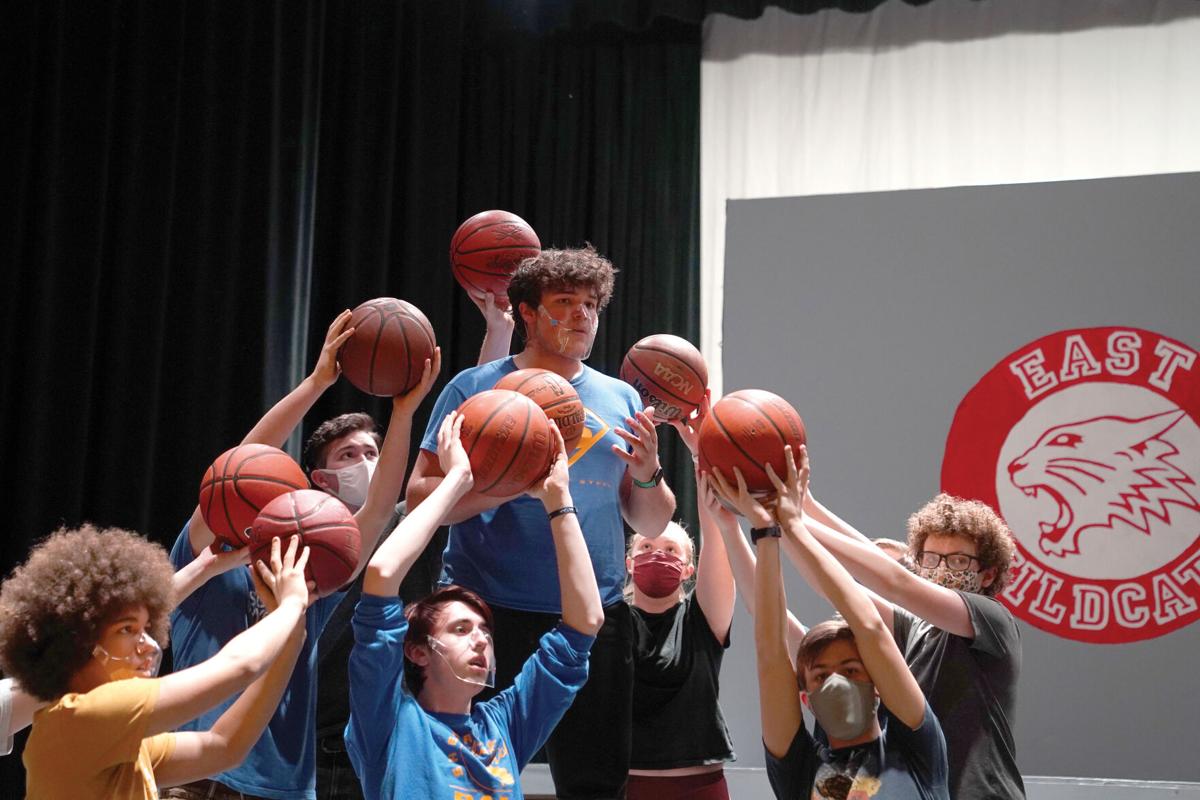 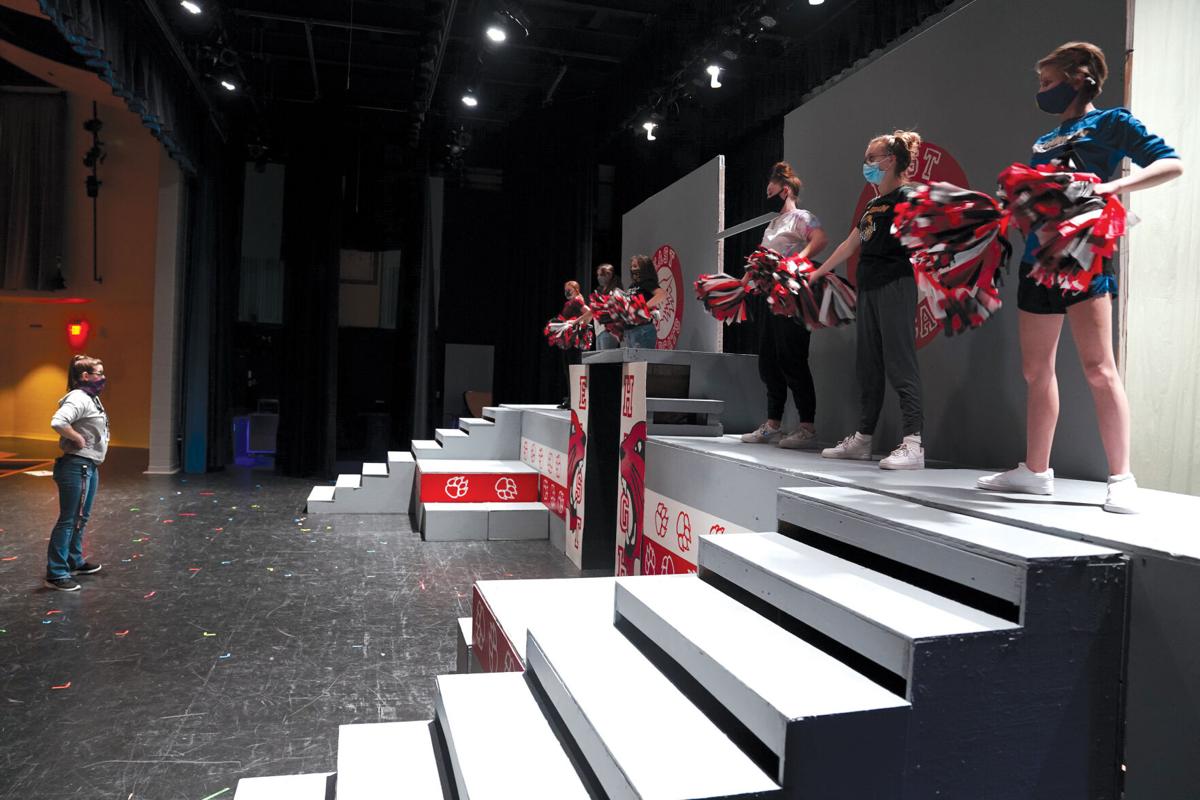 Sheridan High School students rehearse the song “Get’cha Head in the Game,” in preparation for their production of “High School Musical” Thursday, Feb. 18, 2021.

SHERIDAN — Rep. Cyrus Western, R-Big Horn, wants the Wyoming Legislature to examine how it allocates funding for education, and has proposed a bill that would force schools to change how they spend money from the state.

House Bill 129 would repeal all funding for activities such as athletics, FFA and speech and debate in the school foundation program and repeal reimbursement of transportation expenses for student activities. The bill doesn’t eliminate extracurricular activities, but it does force districts to find funding for those programs elsewhere.

“At the end of the day it’s about the core mission,” Western said in an interview with The Sheridan Press Thursday. “Kids need to know how to read, write and do math. These activities aren’t necessarily part of that.”

Western’s proposal comes as the state faces big challenges in funding its K-12 education system, with deficits in the hundreds of millions expected to grow in the coming years.

Legislators have put forward a number of proposals to address the funding issue. Among them, the Select Committee on School Finance Recalibration has proposed a $100 million funding cut to the system.

Western’s bill doesn’t cut funding from school’s as a whole, but limits where that money can be used.

“This doesn’t cut those activities,” Western said. “It just says they cannot use Cheyenne dollars.”

Local school district officials don’t think Western’s proposed legislation will get far in the in-person legislative session that begins March 1, and indicated if it did pass, it would drastically change schools in Wyoming.

Sheridan County School District 1 Superintendent Pete Kilbride said to fund all activities without support from the state would be impossible. He said his district would have to charge every K-12 student approximately $900 per year to support the activities offered in SCSD1.

“That is not a reasonable solution,” Kilbride said.

Western has suggested school districts could tap into funding through booster clubs, fundraisers and local recreation districts, but Kilbride said those options are also unreasonable. The SCSD1 recreation district generates roughly $120,000 per year, which is not enough to fund school activities, let alone the other programs that rely on that tax for assistance. SCSD1 spends approximately $915,000 on all activities.

In addition, Kilbride said, the amount raised via mill levies across the state varies so widely equity would become a major concern.

SCSD2 administrators agreed, indicating the importance of activities to education is difficult to overemphasize.

“Whether it is in the performing arts, athletics, clubs like We the People and Model United Nations, FFA, Speech and Debate, technical skill groups, FBLA, the spring musical, etc., we strive to provide opportunities for all our students and their various interests,” SCSD2 administrators said in an email to The Press Thursday. “It is well researched that students who participate in extracurricular activities do better in school and are more broadly prepared for the future. Activities are the only reason some students show up to school each day, and they provide an avenue for kids to pursue their passions.”

Those officials also pointed out that families came to Wyoming throughout the pandemic to provide their children with opportunities to not only attend class in person, but also to participate in activities. If those options are eliminated, many families would leave Wyoming, they said.

SCSD2 officials said in a budget meeting earlier this week that it spends approximately 3% of its overall budget on activities, a number relatively consistent across the state.

“In general, due to the high visibility of activities in Wyoming communities, many people think districts spend huge amounts of money on them,” SCSD2 administrators said in an email Thursday. “The reality is that we could cut all activities in public high schools in Wyoming and it would be a drop in the bucket on what is actually spent on education. We need to demonstrate to our legislators and the public the bang for the buck we are getting out of activities, along with their deep and significant impact on students.”

SCSD3 Superintendent Charles Auzqui said smaller communities like Clearmont, where his district is located, would struggle to find funding for activities without state support. The recreation district in the area barely generates $16,000 to $18,000 each year and overall, Auzqui said, activities account for just 2% of the school district’s overall budget.

Auzqui also said that if schools were forced to adopt a pay-to-play structure, most kids in his district wouldn’t be able to afford participation.

“Activities play a key role in education,” Auzqui said. “It’s not the main role but it helps keep kids engaged and gives something in the community to rally around.”

The SCSD3 superintendent has been slowly making adjustments to his district’s offerings over the last few years already. Auzqui said SCSD3 has also already looked at paring down activities by hiring fewer coaches, relying more on volunteers, eliminating overnight trips and eliminating district-sponsored meals on the first day of travel.

Western understands the impacts his bill could have if it passes in the Legislature, but he hopes at the very least it prompts a discussion about the state’s education priorities and gives Wyoming taxpayers a “gut check.”

“A lot of people just don’t realize how serious this is,” Western said of the state’s budget woes. “This doesn’t address the fundamental weakness in our funding model, but it does force people to check their priorities and answer the question, ‘What am I willing to pay for?’”

The Wyoming Legislature will convene for its in-person session March 1 in Cheyenne.