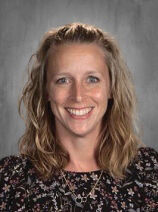 According to Scott Stults, SCSD2 assistant superintendent of instruction and human resources, the local school district is set to welcome Michael Carnes and Christy Spielman as the new principals for Sheridan High School and Sheridan Junior High School, respectively.

The hirings are part of the domino effect of pending retirement of Superintendent Craig Dougherty. Stults will step up and take the reins as the district’s top administrator, with Rebecca Adsit, who currently serves as the junior high principal, filling Stults’ shoes as assistant superintendent.

Many people will recognize Adsit’s successor. Spielman, currently the principal at Meadowlark Elementary School, has worked in SCSD2 for a total of nine years as a teacher, instructional coach and principal.

The 43-year-old Spielman, a mother of three, has earned bachelor’s and master’s degrees in education from the University of Portland, as well as her principal endorsement from Lamar University.

"I really love kids of all ages,” Spielman said of the chance to step up to the junior high position. "For me, it was a chance for a new challenge and professional growth.”

Students might know her from more than just her time in the classroom or administrative office. The former NCAA Division 1 varsity volleyball player has also previously coached youth sports and is currently the assistant girls basketball coach at SHS.

“Christy Spielman is a true education practitioner,” Stults said. “And, along with her vast training and knowledge, she has outstanding people and leadership skills. Christy has proven over the years that she is a visionary, hard-working leader. She will be a great fit in her transition to SJHS.”

Like Spielman, the 46-year-old Carnes, also a parent of three children, has been recognized for his efforts in and out of the classroom. He is currently the principal at Middletown Area High School in Middletown, Pennsylvania, a post he’s held since 2013.

According to SCSD2 officials, the accomplishments while at Middletown, a campus of 650 students and about 100 staff members, include working with administrators to improve curricular offerings in Middletown, such as increasing the number of AP and accelerated courses and tailoring staff development based on individual teacher needs.

“We are more than excited to bring Mike Carnes on board,” Stults said. “He is a wealth of knowledge, with a strong background in counseling and student support. Our interview team was truly impressed by his presence and his expertise as a school leader.”

Carnes said it was a former SHS student who informed him about the open position with SCSD2.

“I knew it was an impressive school district,” Carnes said, adding he and his family were also attracted to the idea of moving West.

And, after doing his own research on SCSD2, he decided to apply for the open position.

“I found out that this is something I wanted to be part of,” Carnes added. "I believe Sheridan is focused on the right things.”

The hirings of both Spielman and Carnes, who succeeds Interim Principal Brian Lawson, were approved by unanimous votes of the SCSD2 Board of Trustees, with the board confirming Carnes at its meeting in March and Spielman on Monday. Lawson said he will be pursuing other opportunities but did not elaborate.

With Spielman set to move up from Meadowlark to SJHS, the district now has another vacancy yet to fill. District officials have posted the principal position at Meadowlark and are currently taking applications.