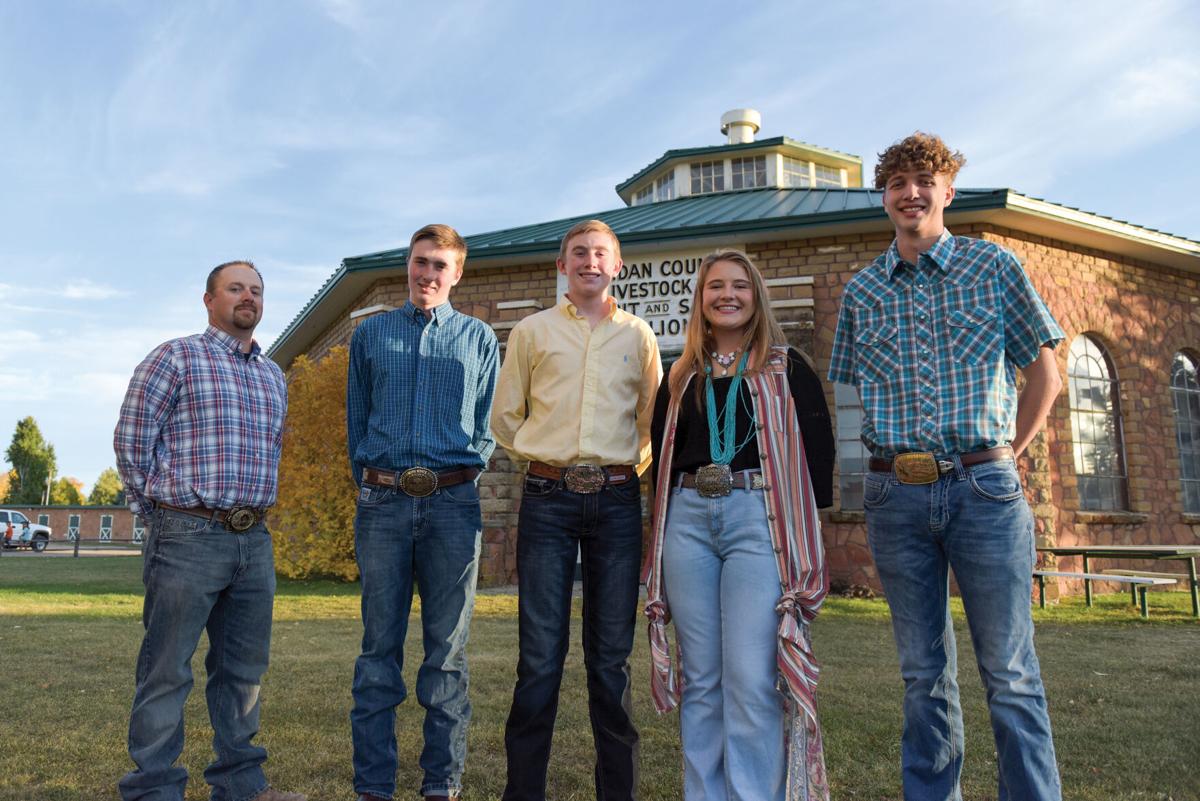 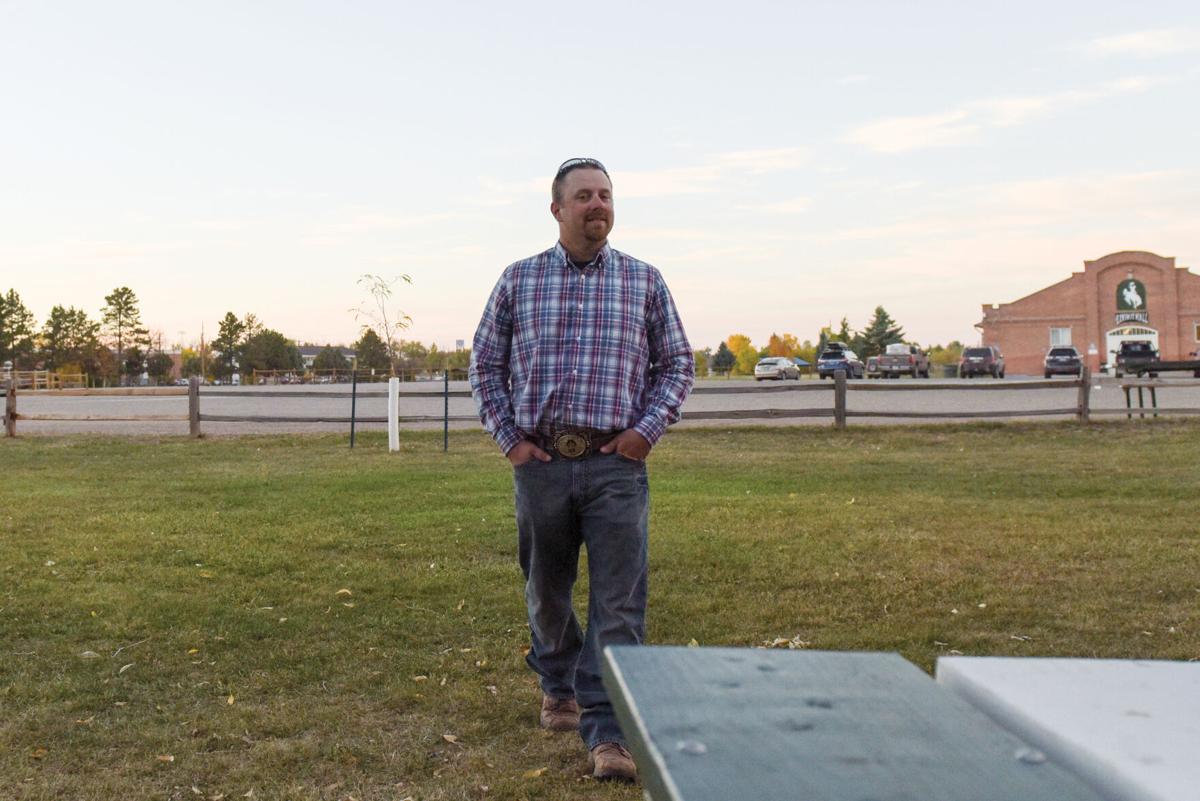 SHERIDAN — Sitting at a picnic table side-by-side, one would believe the three seniors and one freshman making up the Sheridan County 4-H livestock judging team were all siblings. Two of them are, but all four work and speak cohesively enough that kinship has formed beyond any shared DNA.

Sheridan seniors Braden West, Maggie McStay and Colter Sharp, and freshman Jhett West talk and laugh over each other when excitedly describing the process, benefits and nerves that come with livestock judging as a team. The four young adults led Wyoming as the first-place finishers at the state competition with a combined score of 1,943, beating out Albany County’s 1,911 and Natrona County’s 1,872.

Following state at the Wyoming State Fair in Douglas Aug. 11-15, the team as first-place finishers chose which national competition to attend this fall. Competing in Louisville, Kentucky’s national livestock judging competition disqualifies competitors from competing the following year, so the team decided collectively to avoid it this year and attend American Royal in Kansas City, Kansas, which allows the team to come together post-high school graduation for one last chance to compete as a team.

Traveling in pods with a few chaperones at their sides, the team ventured east Thursday and Friday, and the event runs Sunday and Monday. The West brothers will also show champion livestock from the state competition at nationals this weekend.

The bond formed among the four allow them to share freely of each other’s successes, faults, weaknesses and memories of nerves getting the best of them.

“You create a family, almost,” Sharp said. “I feel all three of these guys are my family, and you get to meet a lot of people through the state, and it just opens up so many connections for you. It’s crazy how much it can do for you.”

Each competition includes four different livestock animals — sheep, goats, cattle and pigs — and includes 10 classes including breeding and market animals. Competitors place each animal in one-to-four placings for each class and breed, then provide a set of reasons why they chose each animal, sharing advantages and disadvantages of each with a panel of judges.

“Then you’re done and you nervously wait for awards,” McStay laughed.

While the Wests, McStay and Sharp all remain composed and well-spoken during an interview and competition, they admitted that before competition, nerves sometimes bring out the worst in the team.

Jhett West mentioned vomiting before one competition. Braden West and Sharp come together to calm each other down, and McStay maintains a fierce competitive nature until after she presents her last reason to the judges.

“It’s fierce during game day, I would say, but after that, after you give your last set of reasons, it’s like you just pool together and you talk to them about it,” McStay said. “You make some really good connections throughout the state.”

Those connections may translate to a solid connection of like-minded, agriculturally focused young adults with hope for a similar future. All four want to continue livestock judging in college — and all four have scholarships in hand to fulfill that goal at the college of their choosing — and make careers out of judging or something else agriculture-related in the future.

“I don’t think they fully grasp the reality of what’s coming to them in the years to come,” Sheridan County 4-H livestock judging coach Travis Adam said. “These are just stepping stones. The doors are going to open so wide in the coming years for them.

“That’s what the program’s all about,” he continued. “You can sit here and you can talk with them. They have the ability to speak in public, they have the ability to articulate their thoughts to anybody, really. It’s really nice because it’s agriculture related. Sometimes it gets pushed to the wayside by all the cool technologies and sports programs out there that we kind of forget ag’s pretty important. I think these kids taking the time and putting in the time, though it’s not easy, it takes a pretty big devotion...and they’ve done that. They’ve done all the hard work and now it’s fun.”

Adam took a similar path, livestock judging professionally for years before settling on a ranch in Otter, Montana. He travels the hour and a half once a week to help prepare the Sheridan County team for competition, knowing the role this preparation and competition plays in providing them with a successful future.

While Adam reiterated to the team the potential lack of understanding in how truly impactful their participation is, the youth and their support teams had a fairly good grasp on the implications competing had on their futures. The last team who competed nationally 20 years ago donated $400 toward the trip and Sheridan County 4-H Educator Emily Swinyer mentioned an outpouring of support from community members, financially or otherwise.

Coupled with a wiser-than-their-years mindset, the team expects to compete and win this weekend.

“At the end of the day, it doesn’t really matter how well you do, as long as you just learn and you have fun with it, that’s all that matters,” Braden West said.

“But the experiences and the connections through judging is really what makes judging worthwhile,” Braden West concluded.

When they return, winners or not, the community surrounding their success will continue supporting them.

“They’re just an amazing specimen of youth leadership,” Swinyer said. “This is what we try to get. This is it.”