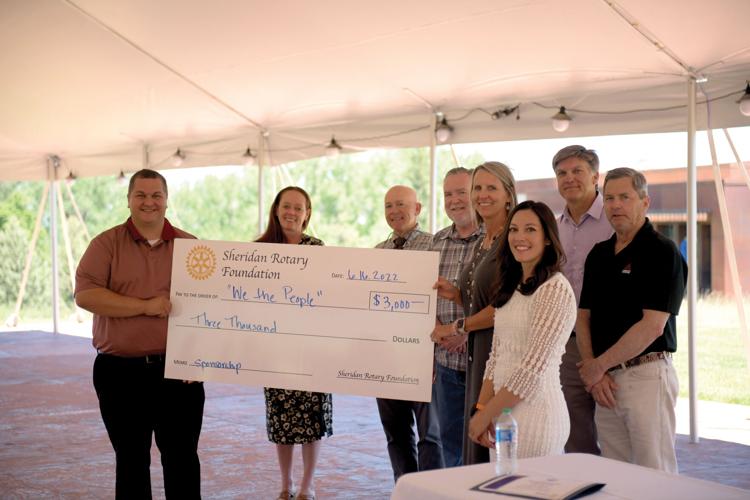 Sheridan High School government teacher and We the People advisor Michael Thomas accepts a $3,000 donation from the Sheridan Rotary Club Thursday, June 16, 2022. Thomas said the Rotary's donation helped the We the People team head to nationals this year. 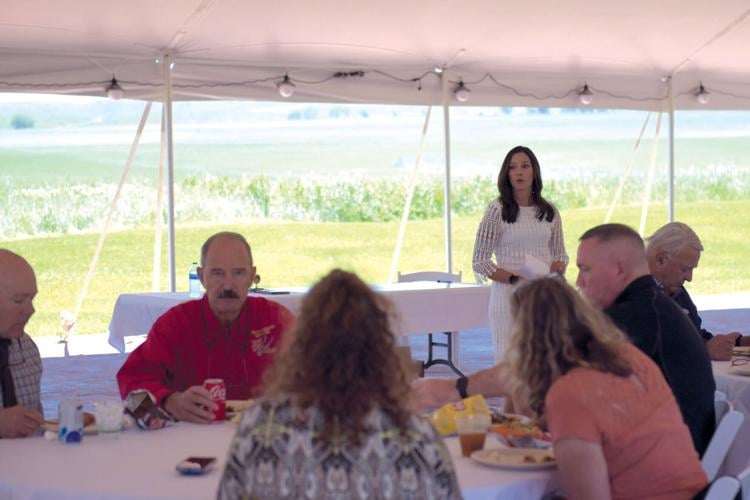 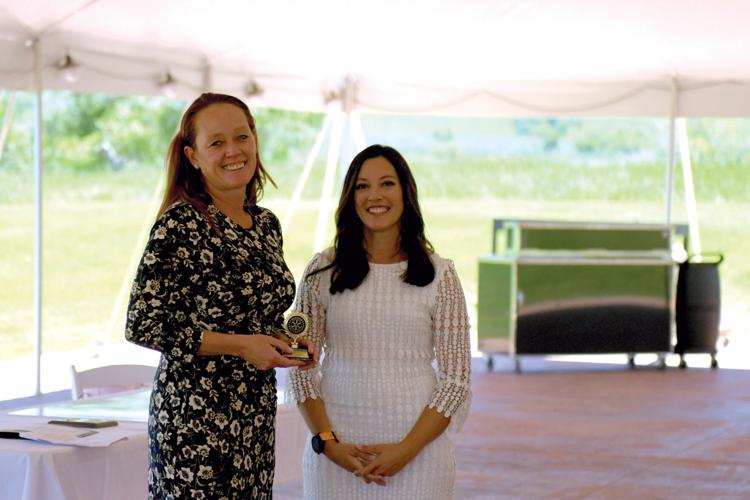 Sheridan High School government teacher and We the People advisor Michael Thomas accepts a $3,000 donation from the Sheridan Rotary Club Thursday, June 16, 2022. Thomas said the Rotary's donation helped the We the People team head to nationals this year.

“Today is a day of reflection, celebration [and] fellowship,” said Sheridan Rotary Club President Christine Dieterich, whose term as president ended at the conclusion of the meeting.

Sheridan’s rotary club now includes 94 members and has been growing over the past few years, growing closer to the club’s 100-member goal, Dieterich said. The local chapter won the Membership Growth Award at this year’s district conference, which celebrates the fastest-growing Rotary club in a district comprised of Wyoming, northern Colorado and parts of Nebraska and Idaho. Sheridan High School operates an Interact Club, and the club raises funds to send youth to Rotary Youth Leadership retreats.

Thursday’s meeting was intended to celebrate some of the contributions Rotarians and Interact-involved youth have made over the past year as well as offer funds raised during the Sheridan Rotary Club’s ice fishing derby in February to local organizations and students, Dieterich said.

Meanwhile, the Sheridan Rotary Foundation — the club’s charity arm — donated more than $10,000 to local organizations and groups, including $3,000 grants to Habitat for Humanity of the Eastern Bighorns, Big Brothers Big Sisters Sheridan and the SHS We the People team and a $1,200 grant to CHAPS Equine Assisted Services. Dieterich said the club did not have to turn any organization away from scholarship funding this year.

SHS government teacher and We the People supervisor Michael Thomas said the Rotary’s contribution was important in ensuring the team was able to meet their $90,000 fundraising goal.

“Every dollar counts when you’re trying to raise a lot of money in a short amount of time,” Thomas said.

For Thomas and the SHS We the People team, the dollars did count: The team spent five days in Washington, D.C., and won its division, marking the second time in school history it had occurred.

“We can’t do this without the community…” Thomas said. “It’s well worth it for these kids.”

“We’re so, so proud of these high-schoolers and the growth they’ve seen in their [Interact Club] membership,” Dieterich said.