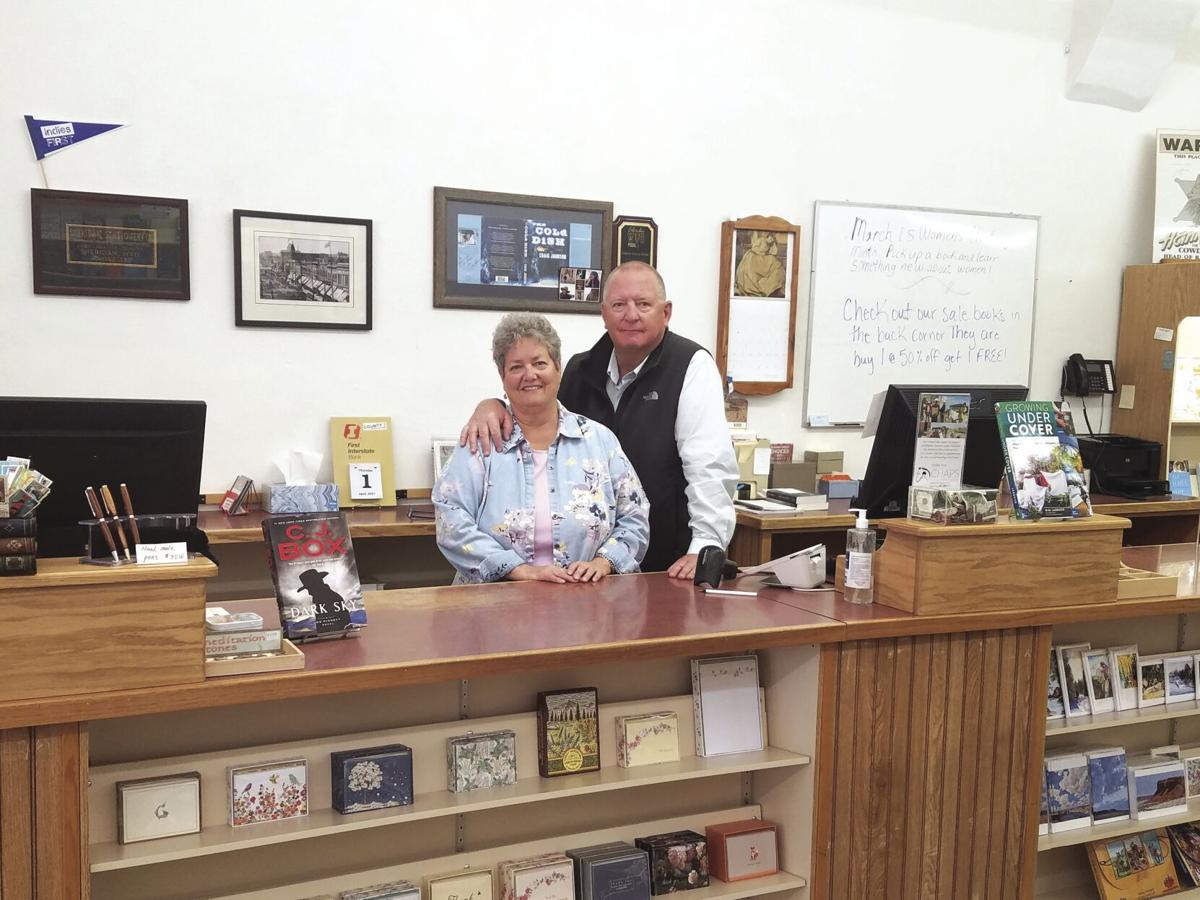 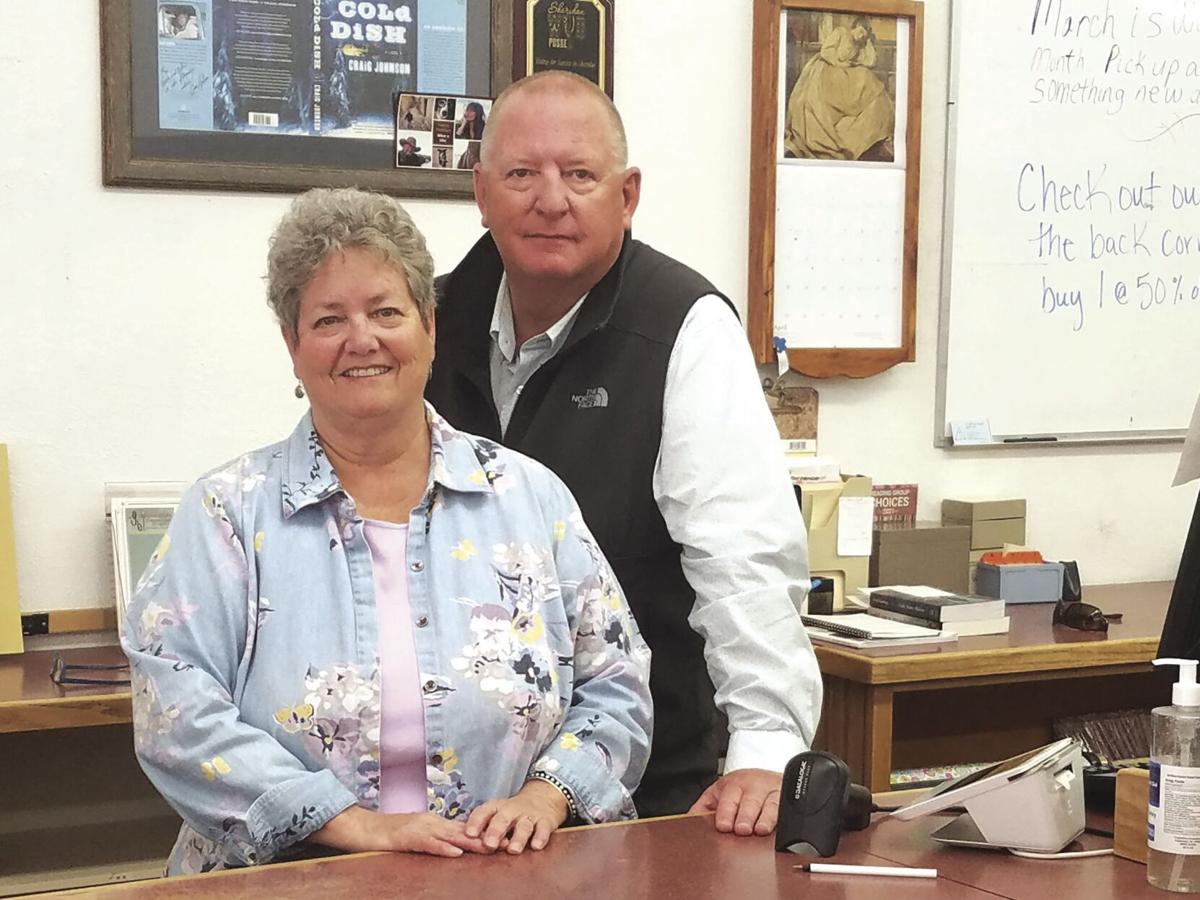 SHERIDAN — If you’ve been on the hunt for a good book over the last 28 years — for yourself, your grandson or a close friend — you’ve likely talked to Robby Smith.

Smith, who owns Sheridan Stationery Books and Gallery with her husband John, takes pride in every one of those interactions — whether the customer is from Denmark, Mississippi or down the street — and she smiles as she recalls the many customers she’s helped over nearly three decades.

“What I like about the bookstore is that people are coming in because they want to come in,” Robby Smith said. “They’re here because they want to be. They want to find a book for themselves or to give as a gift. It is always satisfying for us to help people find a good book — something they might not have read without our recommendation. There is just something about a bookstore that brings people together, and that’s a satisfying feeling.”

April 1 marked the 28th anniversary of the Smiths’ purchase of the bookstore at 206 N. Main Street. It was also the last anniversary the Smiths celebrated as the store’s owners.

The Smiths, who plan to close the store April 10, are currently in the midst of two sales: one for the building at 206 N. Main Street, and one for the Sheridan Stationery business. The building is set to be occupied by a “well-established Sheridan business,” according to John Smith, while the bookstore will move to a new location under new ownership.

“There will be some downtime between when we close and when they reopen in the new location,” Robby Smith said. “But we are excited for Sheridan Stationery to continue on.”

Sheridan Stationery has a long history in Sheridan County, starting as an office supply and stationery store in the 1930’s, according to John Smith. It has been located in its current Main Street location since 1957.

The Smiths are the store’s fifth — and second-longest — owners. They purchased the business in 1993 after John Smith ended his career as a coal miner.

“We were looking for jobs so we bought a job,” John Smith said. “And it has been more rewarding than we could have ever imagined.”

Since the beginning, the Smiths have loved the relationships they’ve built within the bookstore’s walls. They have also played host to hundreds of authors over the years — from household names like Craig Johnson, C.J. Box and romance novel king Nicholas Sparks to Sheridan residents like Buck Brannaman and Ray Holmes.

“We have had some very big names and lots of local authors,” Robby Smith said. “Some of our local book signings have been as big or bigger than the national ones. It’s been great to provide that venue for local authors.”

The Smiths have also built relationships through their work in community organizations like the Downtown Sheridan Association and the Sheridan County Chamber of Commerce.

“It is important to us personally to give back, but it’s also kind of essential when you have a business on Main Street,” Robby Smith said. “It is another way for people to get to know you and who you are.”

“If you just get in the rut of walking in the back door, and you’re not going out and seeing the world through the front door, you are missing so much,” John Smith said.

Dixie Johnson, CEO of the Chamber, said the Smiths had contributed to the Chamber in numerous ways over the years — from serving on the Christmas Stroll committee since its inception to serving on the historic business district committee. She said Robby's welcoming smile and gracious manner would be missed as Sheridan Stationery transitions to new ownership.

"It can be hard when these transitions happen, and there is a sense of grief when you're losing that staple, which has been part of the community for so long," Johnson said. "What Robby has built at Sheridan Stationery is so much a part of downtown. But we're so excited for them and this new chapter in Robby's life, especially."

After retiring, Robby Smith said she plans to visit her grandchildren and organize her house. She plans to maintain a personal membership in the Chamber and DSA and continue building relationships in the community.

“I’ll miss the social part of it — the customers and the employees — more than anything,” Robby Smith said. “People have been so supportive over the years. It’s just been wonderful.”