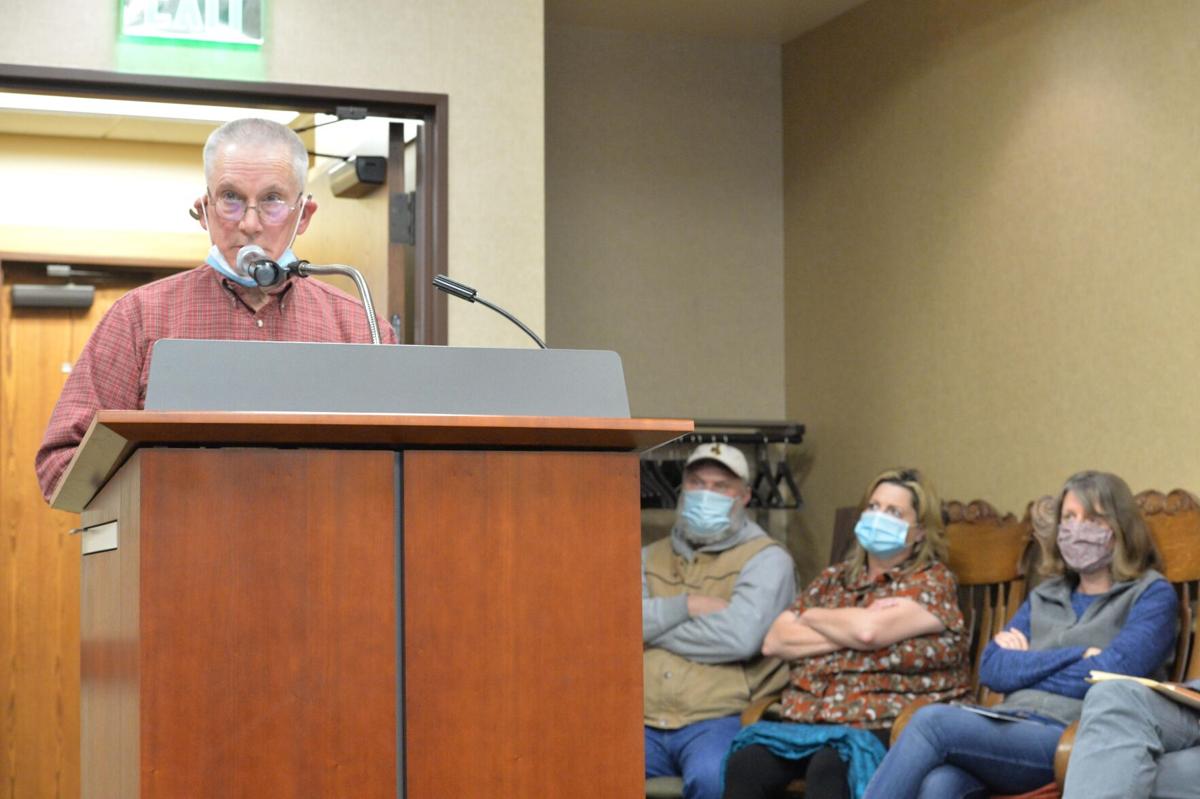 Bill Adsit was one of the county residents who spoke out against a potential commercial solar project during a Sheridan County Planning and Zoning Commission meeting on Jan. 7. 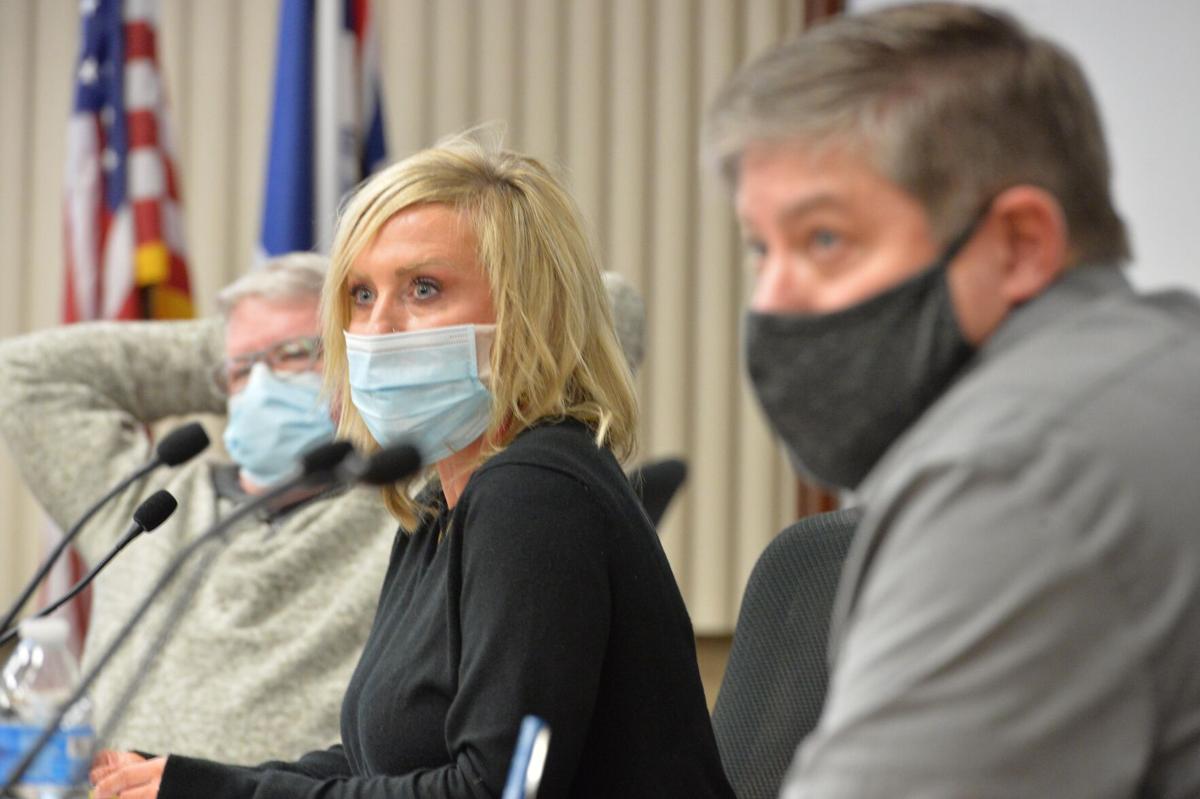 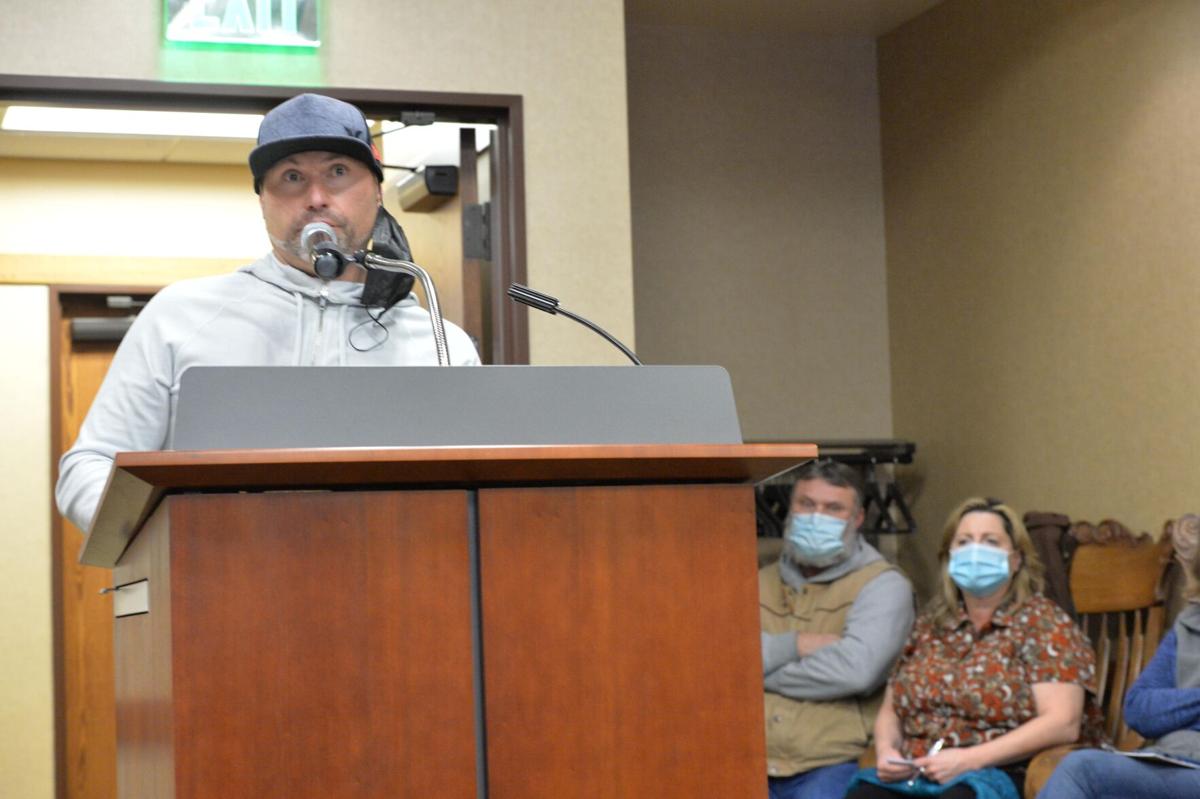 Bill Adsit was one of the county residents who spoke out against a potential commercial solar project during a Sheridan County Planning and Zoning Commission meeting on Jan. 7.

The commission’s vote came after more than an hour-and-a-half of discussion and public comment — largely comments from landowners and community members concerned about what could be the first commercial solar facility in the county.

Sheridan Solar, LLC, has proposed to construct an approximate 20-megawatt commercial utility-scale solar energy facility on a 163-acre parcel of land at the west end of Swaim Road. The facility itself will be 96 acres, according to county planner Mark Reid.

A total of 12 people gave public comment during the meeting. Concerns ranged from access to adjacent properties to the eventual reclamation of the facility to the facility’s visual appeal to out-of-state travelers.

“It’s something I have to live with in my neighborhood that is going to cause property values to go down,” said Mary Ann Bledsoe, who lives within a mile of the proposed project area. “If it’s going to be there for 15 years or 30 years or whatever, once it’s there it’s there. I think you need to look at all of these people that are here who do not want it, and I think you need to take that into consideration. They are citizens of Sheridan County. We are taxpayers here…. Take that into consideration and vote no on this.”

Good points were raised, according to Planning and Zoning Commission Chairwoman Mandy Koltiska, but the commission emerged from the discussion confident in Sheridan Solar LLC’s ability to meet all county regulations.

“Our role here is just to pass on a recommendation and the only thing we’re trying to determine here is whether this application meets the current county regulations, and… the application that was submitted indicates that they have met the requirements,” Koltiska said.

John Best and James Myers voted for the project while Dave Wills voted against. As chair, Koltiska does not vote unless there is a tie.

According to application documents, the property is locally owned by SunSource, LLC, and is leased to Sheridan Solar, LLC. It’s currently used for cattle grazing.

The project, if approved, would consist of approximately 90,000 photo-voltaic arrays using a fixed racking system. The application indicates the facility would also include underground collection systems that would eventually tie into the existing Montana-Dakota Utilities substation located east of the project on Swaim Road.

State statute defines a commercial solar energy facility as one with a rated power capacity of more than one-half megawatt of electricity. Reid said, according to data from the Solar Energy Industries Association, one megawatt will power approximately 146 homes in Wyoming, meaning the proposed project could power nearly 3,000 homes throughout the plant’s operational life, which is expected to last 25 to 30 years.

Sheridan resident Shannon Anderson, one of the few community members who spoke in favor of the project, was quick to point out the project’s many potential benefits to the community.

“This is really the future of Sheridan,” Anderson said. “I think it’s really important to think about the job growth, the opportunity, how we can expand and diversify and welcome new business…This project will provide low-cost power to all of us here in Sheridan. It will lower our power bills. That is a benefit that is very important to talk about and think about as we review this project and consider it.”

But with new opportunities come new challenges. And while all public commenters said they were supportive of the concept of solar energy, they had more difficulty embracing a facility near their homes.

Bill Adsit presented the commission with a 16-point written explanation of why the commission should deny the proposal. These included concerns about the closing of a public right-of-way used by other landowners. If the project moves forward, a section of road would be vacated by the county.

“The proposal requests closing of a public right-of-way that is needed by other landowners both now and in the future because it is difficult to sell land that has no legal access,” Adsit said. ”The county road was platted for a purpose and vacating it will cause financial harm to the other land owners if they want to sell at a later date. This public right-of-way must not be vacated.”

Other commenters, including Mike Lansing, were concerned the project, which would be visible from Interstate 90, might not give travelers an attractive first impression of the Sheridan community.

“I was born and raised here, and I’ve been up in that area a long time,” Lansing said. “I just think it would be a shame to change the viewscape, especially setting forth a pattern of this being the first one in Sheridan. There are so many other areas that can handle it.”

Niles Veal expressed concerns about what would happen when the facility was decommissioned.

“I know what they (solar panels) are made out of, and they contain heavy metals, lead, arsenic,” Veal said. “When the thing is finally decommissioned, putting those panels in a landfill is probably not going to happen. I think there’s probably going to be, if there’s not already, some restrictions on how you recycle those.”

The plan submitted to the council includes a site facility decommissioning and reclamation plan. Most of the materials used in  the solar facility are reusable or recyclable, according to the plan, and some equipment may have manufacturer take-back and recycling requirements. Any remaining materials will be removed and disposed of off-site at an appropriate facility.

Sheridan Solar expects there to be many recycling options for the solar panels when the time comes.

“Currently, some manufacturers and new companies are looking for ways to recycle and/or reuse solar modules when they have reached the end of their lifespan,” the reclamation plan states. “Due to a recent increase in the use of solar energy technology, a large number of panels from a variety of projects will be nearing the end of their lifespan in 15 - 25 years. It is anticipated there will be more recycling options available for solar modules at that time. The Owner proposes to determine the best way of disposing of the solar modules using best management practices at the time of decommissioning.”

Numerous commenters, including Kevin Fox who leases property near the project’s proposed location, noted the approval of the solar project could set a potentially dangerous precedent that could impact future generations for years to come.

“You spent so much time wondering if you could do it, you didn’t bother to ask if you should do it,” Fox said.

Commenters argued the Swain Road location was not the best location for the facility. Cam Forbes, who owns the property, begged to differ.

“The reason the project was sited here… is because it is close to the substation,” Forbes said. “As a practical matter, they need to be near a substation… You can’t just take this out and put it in a remote area if you don’t have high voltage transmission lines nearby.”

Ros “Rocco” Vrba is the owner of Energy of Utah, which is the parent company of Sheridan Solar LLC. Vrba said he was not surprised by the concerns or comments but wanted to reiterate his company would comply with state statute.

Vrba also responded to commenters’ concerns about how the project could affect the development of potential subdivisions in the area.

Vrba welcomed all attendees to read the company’s application, which runs more than 300 pages. He said his company wanted to be open and transparent with their potential new neighbors.

“I want to make sure that everyone here knows we’re not trying to slide anything behind your back,” Vrba said. “The most important thing is that we have complied with the law. We have provided everything, and it’s all available for everybody to comment… It’s certainly open. It’s not hidden. It’s done in open public forum as it should be.”