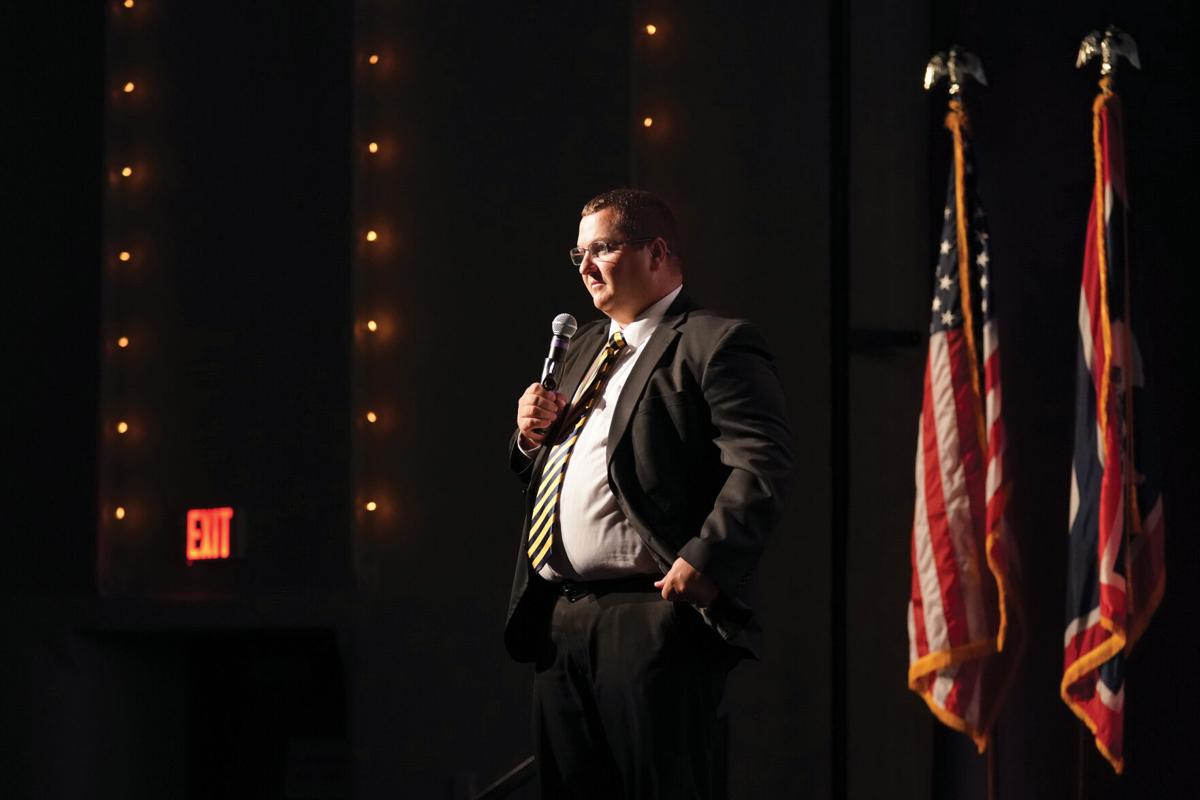 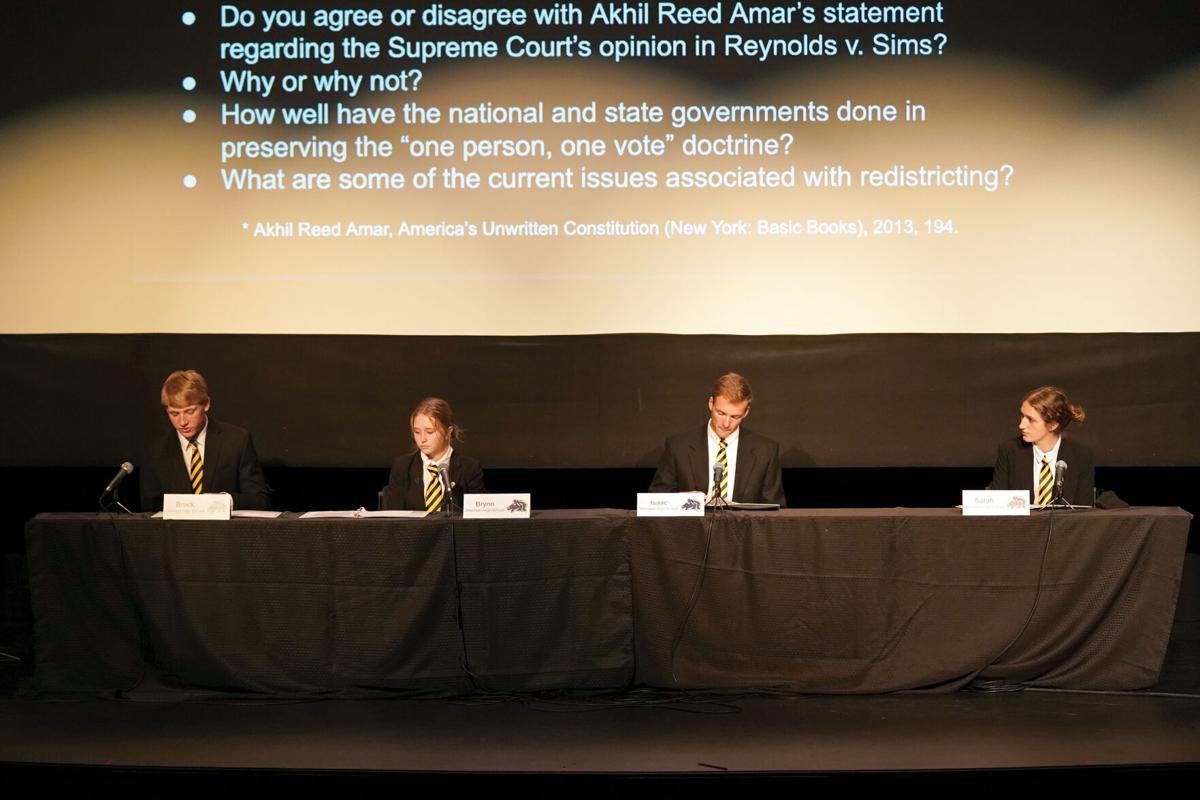 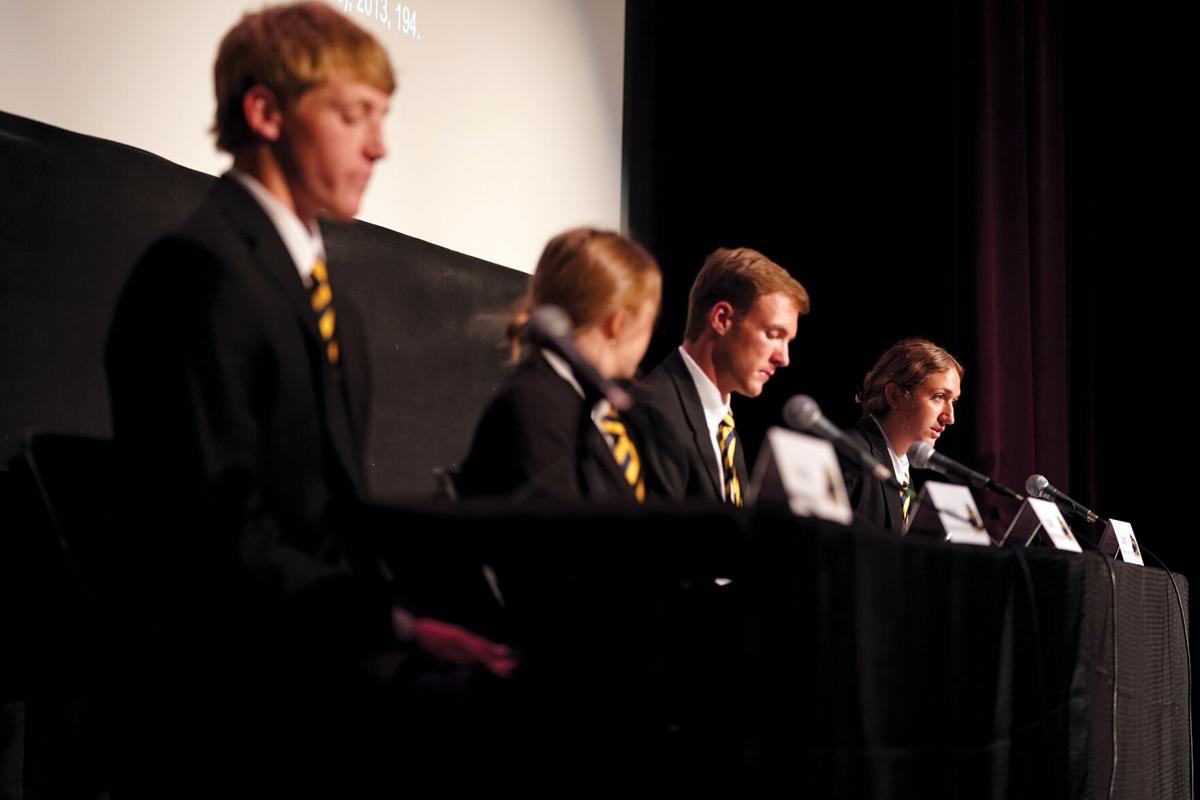 Sheridan High School senior Sarah Gonda responds to the question, "How well have the national and state governments done in preserving the 'one person, one vote' doctrine?" during a mock congressional debate Tuesday, Sept. 14, 2021. 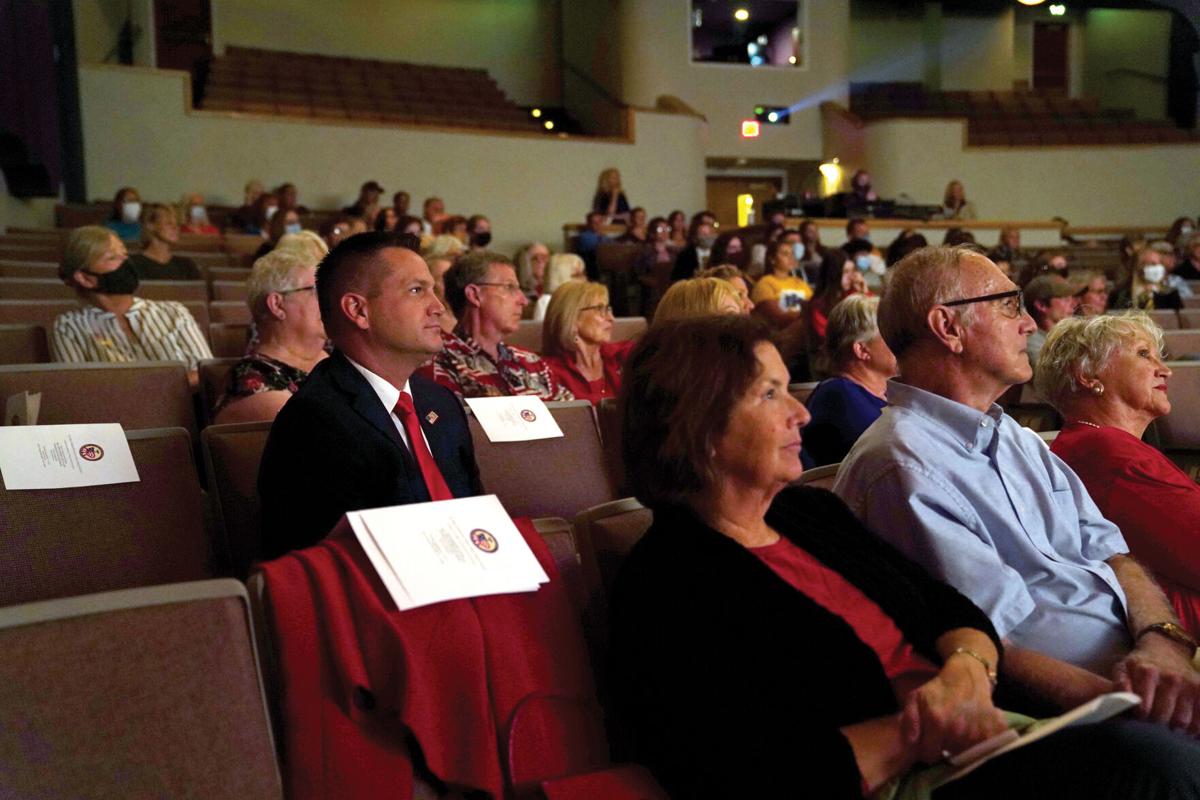 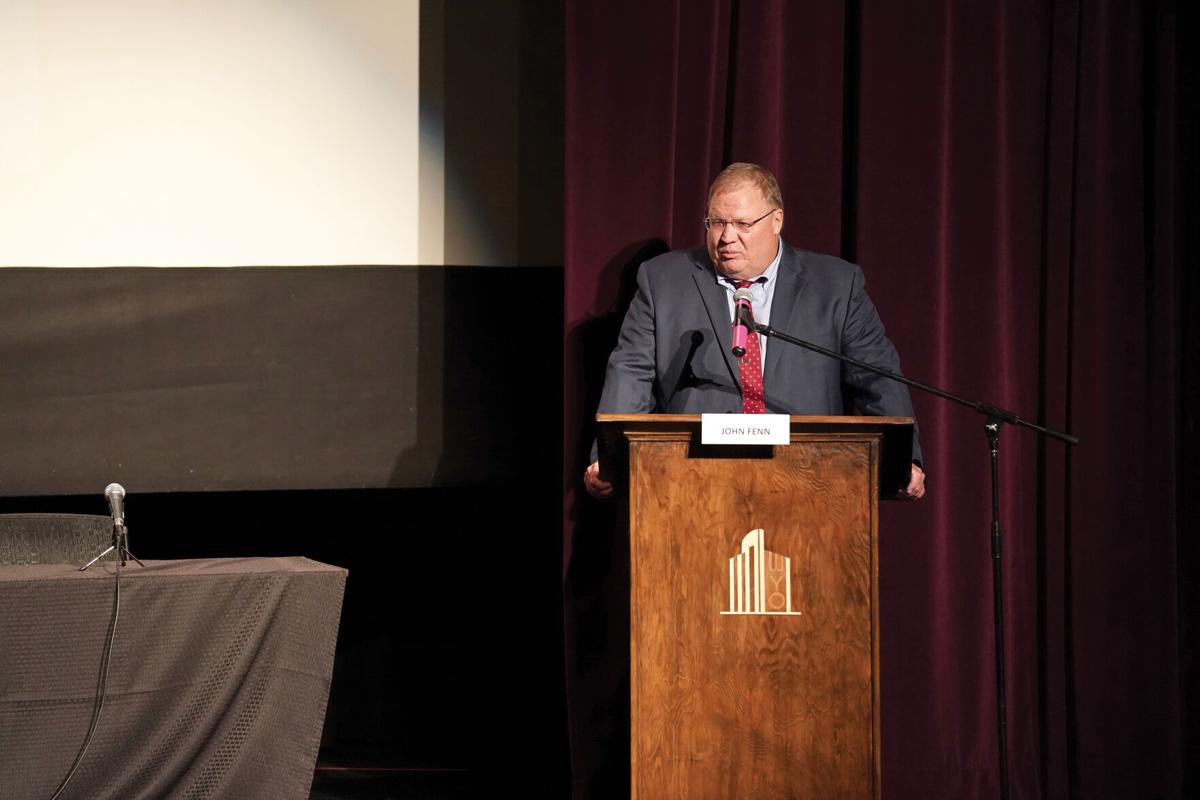 Sheridan High School senior Sarah Gonda responds to the question, "How well have the national and state governments done in preserving the 'one person, one vote' doctrine?" during a mock congressional debate Tuesday, Sept. 14, 2021.

SHERIDAN — While it would have proven easy for the students and panelists on stage at the WYO Performing Arts and Education Center Tuesday night to devolve into political debate regarding health mandates, separation of powers and constitutional amendments, they avoided heated exchanges by focusing on the document itself and how it has weathered the test of time.

The discussion came as part of a Constitution Day celebration, a holiday that occurs Sept. 17, and marks the anniversary of the signing of the U.S. Constitution in 1787. The evening included students from Sheridan High School’s We the People team discussing redistricting and freedom of expression as well as a panel discussion during which audience members asked questions of elected officials, attorneys and educators.

When asked to speak about the importance of the separation of powers, as written into the U.S. Constitution, University of Wyoming political science and international studies instructor Jean Garrison noted the tension between security and freedom has long played a role in separation of powers. Since World War II, she noted, U.S. citizens have increasingly relied on the executive branch to be able to respond quickly, creating a bigger and bigger role for the executive over time. That tension grew, especially, after Sept. 11, 2001.

While ideas for amendments were discussed — including amendments for a balanced budget, term limits and limiting the powers of the federal government — the panel also noted the difficulty of adding to the document.

The political polarization of the country, she noted, would also make it difficult to approve an amendment to the Constitution. Biteman said for an amendment to succeed, it would likely need to be accomplished through a Convention of States.

Panelist and local attorney Bob Berger, though, noted the U.S. Constitution already covers some of the amendments that have been discussed. For example, he said, the proposed Equal Rights Amendment — which would guarantee gender equality — and limits to federal power already exist within the U.S. Constitution.

“If we’re vigilant about enforcing our Constitution as it’s written, there are rarely needs for amendments,” Berger said.

We the People students also debated topics at the forefront of the U.S. political climate today, fielding questions on what advice they would provide the state of Wyoming as it begins its redistricting process.

Advice included the creation of a group made up of individuals with various political affiliations and legal knowledge, a focus on population-based considerations and even more specifically, voter eligible populations. For example, Isaac Otto pointed out an example of a prison being included in a population count despite the residents of the prison being ineligible for voting.

A second group of students from the We the People team were asked about freedom of expression and whether that right is absolute.

The students cited numerous case studies indicating the right is “relative, not absolute,” particularly when the speech endangers other, like the often-cited example of shouting “Fire!” in a crowded theater. In the question portion, students were asked about the intersection of social media and freedom of speech.

While that response drew a response from at least one individual in the crowd, who shouted, “With all due respect, I disagree,” the students stood their ground and reiterated their points.

The SHS We the People team has won eight state championships since its local inception in 2006.

While debates regarding the U.S. Constitution and how it is interpreted at times prove divisive, the evening’s emcee, 4th Judicial Court Judge John Fenn, thanked attendees for participating in the evening and celebrating the document that shapes our nation.

“We the people is what makes it work,” Fenn said.

1. How many articles does the U.S. Constitution have?

2. How many amendments does the U.S. Constitution have?

4. How many states were needed to ratify the Constitution?

5. What are the six principles of the U.S. Constitution?

6. What were the original three words of the Constitution?

Test your skills and discover the answers with this trivia quiz!