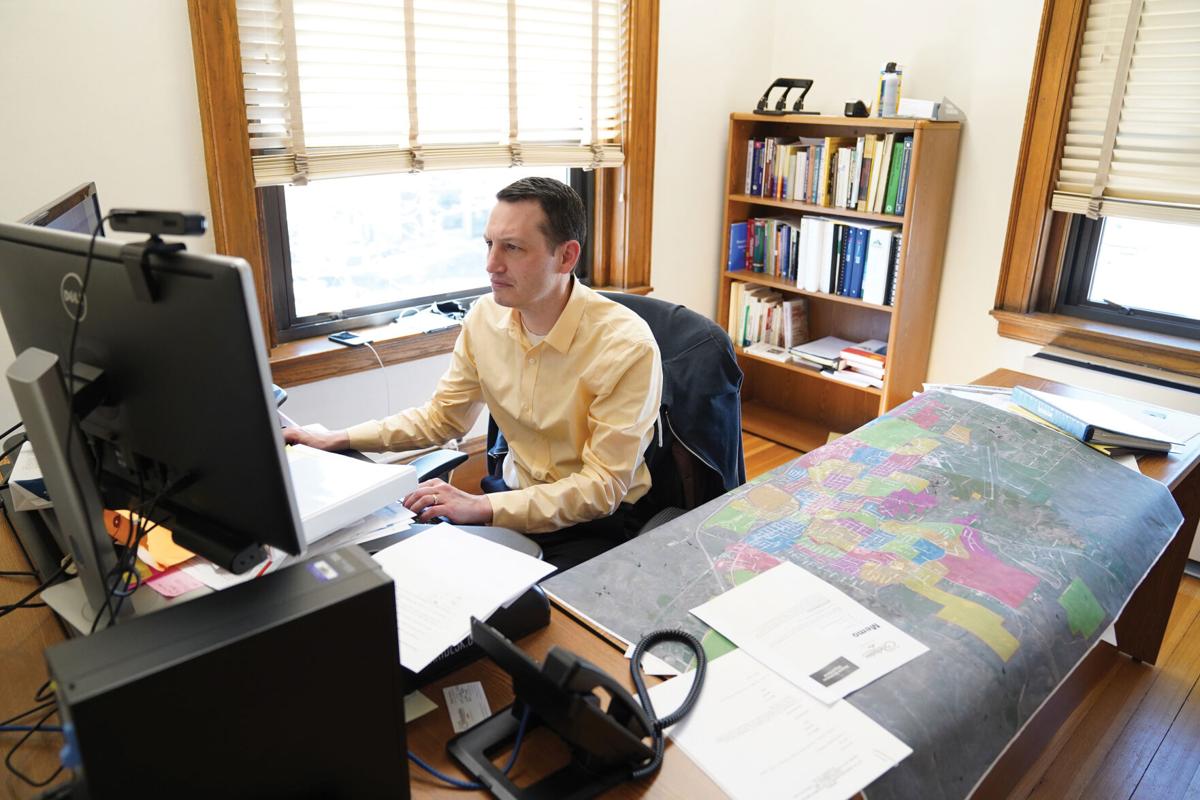 Wade Sanner, community development director for the city of Sheridan, works in his office on Friday, March 12, 2021. Sanner is one of the local government officials leading the charge on a new study, which will address housing needs in the city of Sheridan and the towns of Ranchester and Dayton. 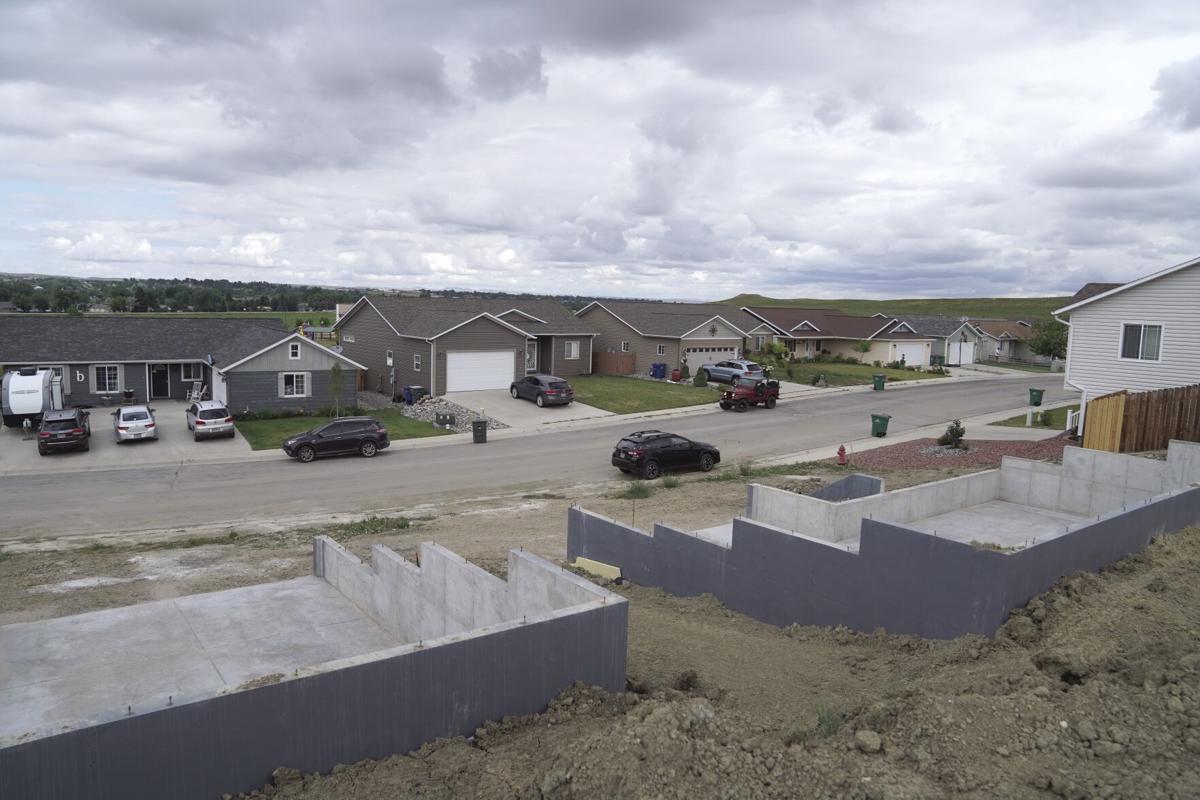 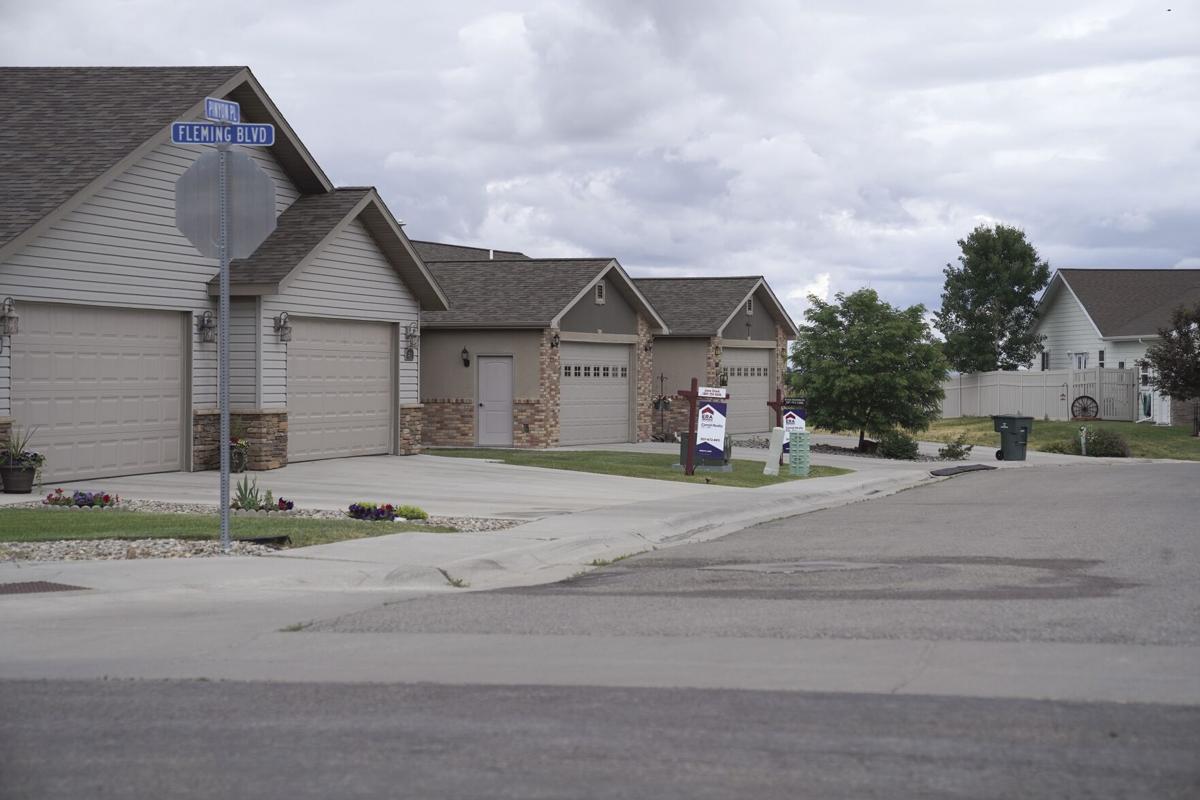 For sale signs are posted throughout the Woodland Park subdivision Friday, June 25, 2021.

Wade Sanner, community development director for the city of Sheridan, works in his office on Friday, March 12, 2021. Sanner is one of the local government officials leading the charge on a new study, which will address housing needs in the city of Sheridan and the towns of Ranchester and Dayton.

For sale signs are posted throughout the Woodland Park subdivision Friday, June 25, 2021.

SHERIDAN — With recent subdivision approvals, city of Sheridan staff expects 286 additional housing lots to be available within the next six months to a year.

This is good news as more people move into the community, according to Jane Clark, associate broker and owner of ERA Carroll Realty and developer of attainable housing subdivisions such as the 139-lot Woodland Park. But it’s not going to come close to meeting demand.

“We’re seeing a demand for every type of housing: apartments, multi-story apartment buildings, senior housing, single-family homes and townhomes as well,” Clark said. “It is going to take a lot to even come close to meeting demand.”

There is still work to be done in the community as demand for housing increases and housing inventory remains low, Sheridan Community Development Director Wade Sanner said.

“We are approaching the point where Bozeman (Montana) was 8 to 10 years ago,” Sanner said. “We don’t want it to get to where Bozeman is now, where it is almost impossible to find an affordable place to live inside the city limits. We don’t want to be Breckenridge and Vail and other ski resorts in Colorado, where only the super-rich can afford to live. Luckily, I think our mayor and town council understand that. They’re just trying to figure out a solution.”

Sanner hopes a new housing study conducted by the city, county and the Sheridan Economic and Educational Development Authority will be the first step in finding that solution. The study starts next month and should be completed by the fall, Sanner said.

The study, which particularly focuses on housing needs in the municipalities of Sheridan, Dayton and Ranchester, will consider community demographics and current housing inventory to determine what types of housing are especially needed, Sanner said.

“Data drives decisions,” Sanner said. “So the study is an important step for us when considering housing needs in the city.”

The last county-wide housing study was completed in 2006, according to SEEDA Administrator Robert Briggs. That study left local governments with several housing goals including providing a full range of housing choices in Sheridan County; promoting the preservation and affordability of existing housing stock; creating innovative partnerships between government and the private sector; and facilitating and supporting housing activities carried out by community groups and individuals.

For each goal, there were action steps, Briggs said. For example, the “full range of housing choices” goal included such action items including developing a first-time homebuyer down-payment assistance program and developing a 24-to-48-unit mixed income rental complex.

Progress has been made on some of these action steps, while others have stalled out, Briggs said.

“Some of the action steps have been tackled by the community over time, some have changed over time and some are still part of the community dialogue 15 years later,” Briggs said.

While the new study is yet to be completed, Sanner has his own theories about what needs may be identified.

“Every citizen has a housing life cycle, right?” Sanner said. “Most of us grow up in a single-family home before moving into an apartment, and then maybe a townhome. When you’re ready to have a family of your own, you move back into a single-family home, and when the kids move out, many folks move into senior housing. From what I’ve heard from people, our inventory is pretty well-stocked on the properties on either side of that cycle. What we’re really missing is the stuff in the middle of the cycle, the apartments and the townhomes.”

Still, there is work to be done, and Sanner hopes the study will provide local government with some steps they can take to make attainable housing development more attractive and accessible for local developers, such as providing financial incentives for creating certain types of properties, like apartments and townhomes.

Clark sees attainable housing development as an important service to the community but understands why some land developers don’t want to get involved in it. It’s expensive work — partially due to the cost of installing infrastructure, such as sewer and water systems. That’s an area where local governments can help, Clark said.

“All the entities that can help need to step up and meet us halfway on these infrastructure costs. In my mind, that’s what is really slowing development, Clark said”

With high construction costs and high demand driving up the cost of local properties, the need for attainable housing has never been more urgent, according to Clark. She expressed hope the survey would allow the city and county to come together and develop permanent solutions to a long-standing community problem.

“We can’t just do studies and talk,” Clark said.  “At some point, we have to make something happen. It’s a problem that needs to be addressed.”