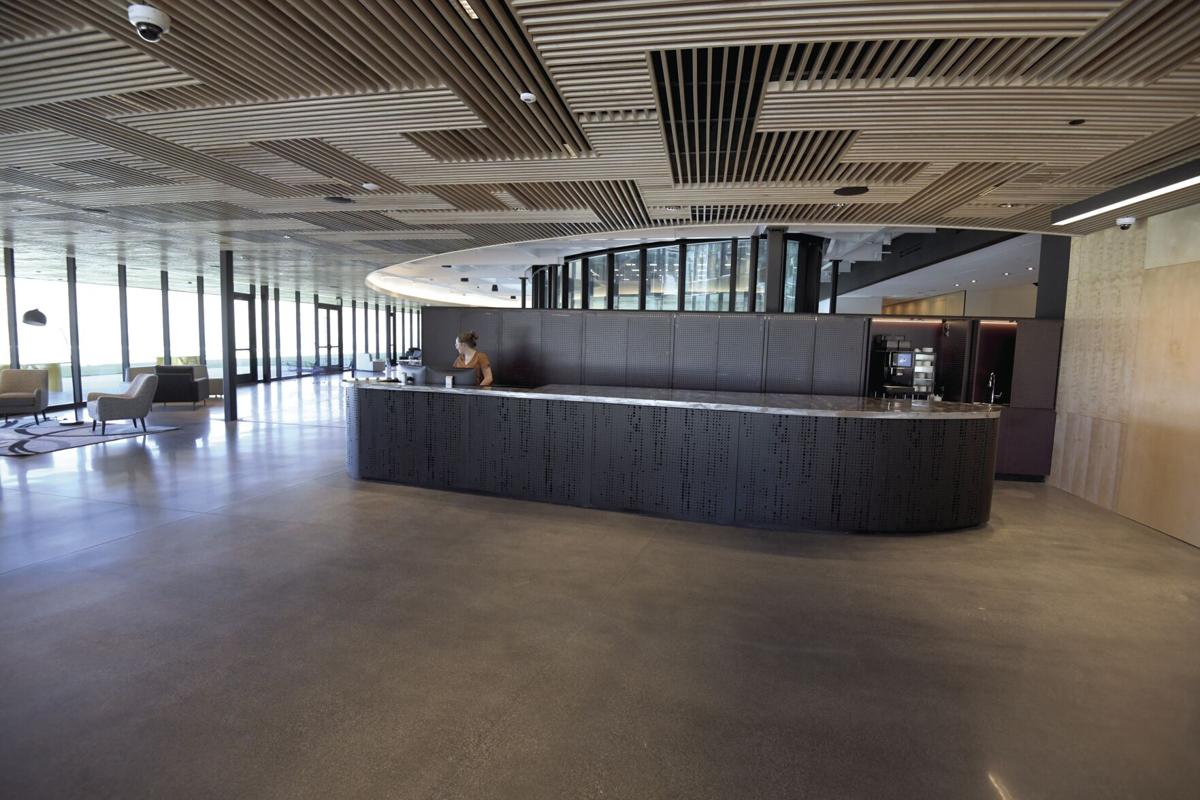 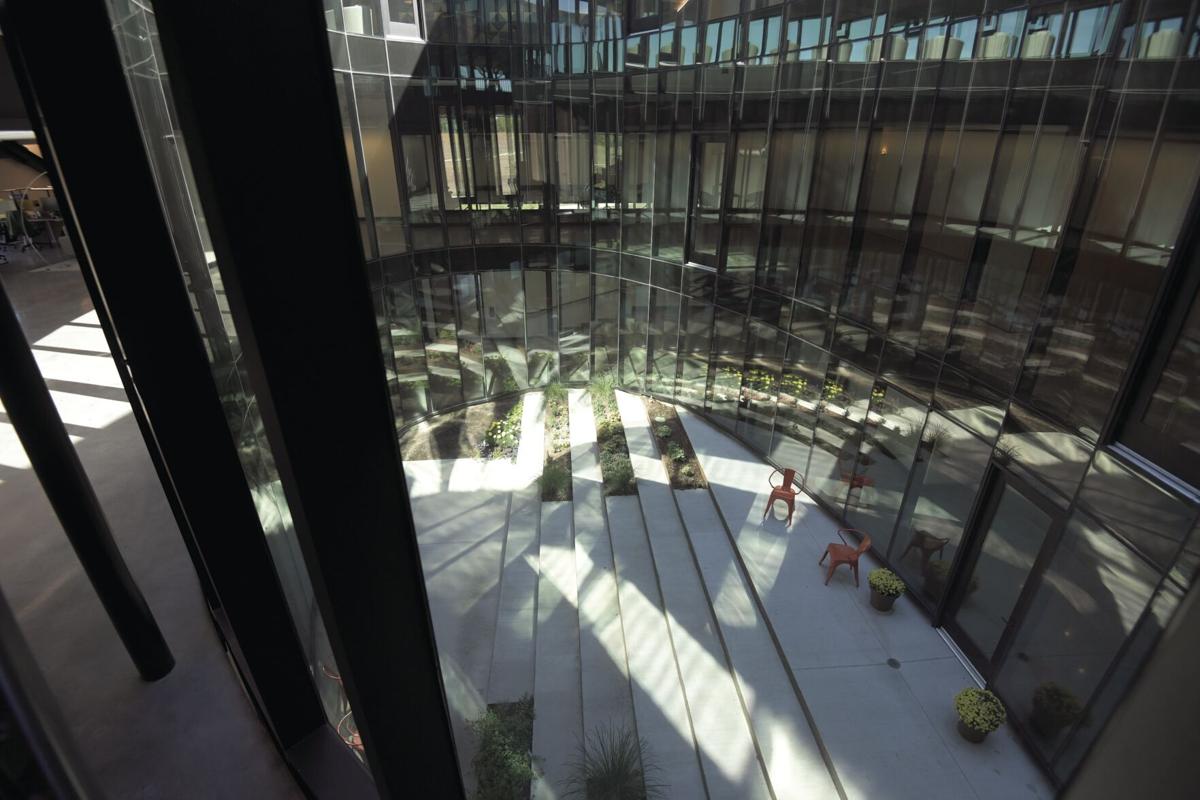 An enclosed patio offers employees and visitors to EMIT Technologies new office space a place to relax and socialize. 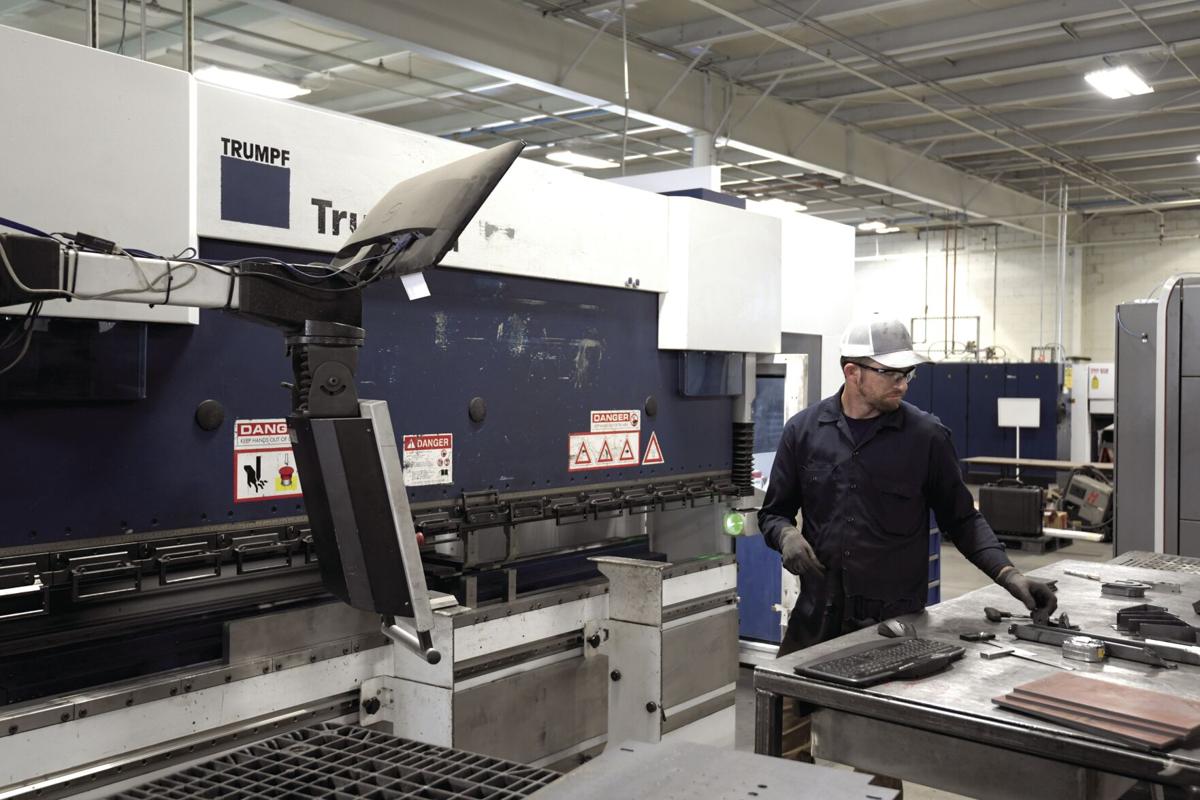 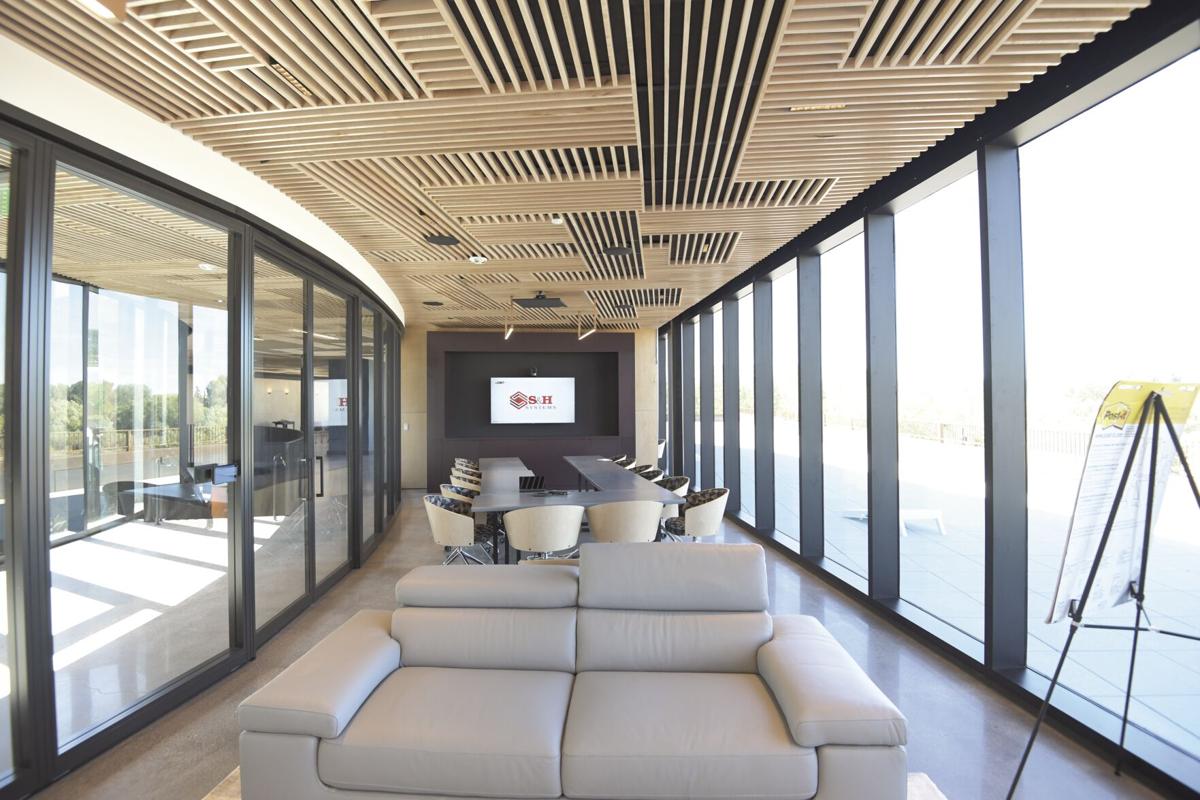 One of several boardrooms in the new EMIT Technologies office space Wednesday, Sept. 22, 2021.

An enclosed patio offers employees and visitors to EMIT Technologies new office space a place to relax and socialize.

One of several boardrooms in the new EMIT Technologies office space Wednesday, Sept. 22, 2021.

SHERIDAN — A barbershop, a gym, a basketball court, an auditorium, no offices and a lot of collaborative work spaces. While the building may sound like something located in Silicon Valley, it’s in Sheridan in an old Kmart that now looks nothing like the former retail space.

As businesses struggle to recruit and retain workers in an increasingly competitive environment, employers have tried a variety of tactics — from child care incentives, unlimited personal leave and office space amenities to lure new talent.

For years, EMIT Technologies had buildings scattered around the community. The company had offices or shops on Sugarland Drive, Heartland Drive and Airfield Lane. But in 2018, as the manufacturing company sought to consolidate its space, the company bought the 93,000-square-foot former retail space and the nearly 6.7 acres where it’s located. The aim, EMIT’s executive director, Casey D. Osborn, said is to be the best possible company.

“If you have expectations of recruiting high-level talent, the work environment has to match those expectations,” Osborn said. “We want to be as good as a company as possible, and that comes down to every choice made.”

The land and the buildings, which now include a large new office facility attached to the former retail space serving as the production floor, Osborn said, present an opportunity for growth and diversification, a path necessitated by the economics of the oil and gas industry but that he said had been in the works for years.

Since its beginnings in 2000, EMIT dedicated its efforts toward designing and building products for natural gas compression applications. That work, though, became subject to the booms and busts of the energy industry and resulted in expansions and contractions of the company’s workforce to match.

As recently as 2019, the company cut significant portions of its staff as market pressures forced slowdowns in the energy industry.

Now, though, EMIT has rebooted its workforce, which includes approximately 130 people, with about 100 located in Sheridan, about 25 located in Greeley, Colorado, and a few working remotely.

“We needed to position ourselves for other avenues of revenue,” Osborn said. “We needed to find areas that would provide additional stability and help us scale the way we desired.”

Like many companies, the pandemic that began in 2020 also allowed EMIT to reimagine its customer base. As a contract manufacturer, Osborn said, EMIT could repurpose its team’s skills to work for just about anyone.

The first 18 months, both Osborn and EMIT Director of Public Relations Michelle Butler said, proved the most challenging, as the company and its employees went through several iterations of experimenting with new products and clients.

“It was a lot of firsts,” Osborn said. “But now that we’ve had some repetition of customers and projects, and those relationships have started to take hold, we’re getting more comfortable.”

Beyond experimentation and new projects, Butler noted recruitment of talent has proven difficult. That task isn’t unique to EMIT. According to information from the Bureau of Labor Statistics, there is at least one open job for every American seeking work, with 10.4 million job openings as of the end of September.

And while industries like the hospitality sector — which includes restaurants, hotels, etc. — are particularly feeling the crunch, many employers in Sheridan have expressed frustration with finding qualified workers.

The new building, which offers amenities most office spaces in the state don’t, factors into the company’s recruitment efforts.

The lack of private office spaces aims to foster agility and collaboration. In July, the staff of Kennon Products moved into a new, flexible, 35,000-square-foot facility on the north end of Sheridan near other manufacturers like Weatherby and Vacutech. Kennon’s office area includes a similar setup, with most employees working in larger, open collaborative areas.

On a tour of the Kennon building in September, CEO Joe Wright also pointed out the open office area and one space for lunch breaks as important choices made in the building’s design.

In renovating and constructing EMIT’s building, Osborn said intentional decisions included one central entrance, one lunchroom and spaces to blow off some steam — like the gym or small basketball court.

“They all have the same end,” Butler said. “We want everyone to intermingle and we want to avoid separation.”

Some of the spaces also provide time savers and promote wellness — for example having a gym on site encourages staff to work out and stay healthy when too often excuses about time prohibit such activity.

“It was a slow response at first,” Butler said. “But more and more of the common spaces are being used.”

Butler and Osborn noted while the facility will primarily be utilized by employees, they also hope the space will benefit the community seeking space for events, presentations and other activities.