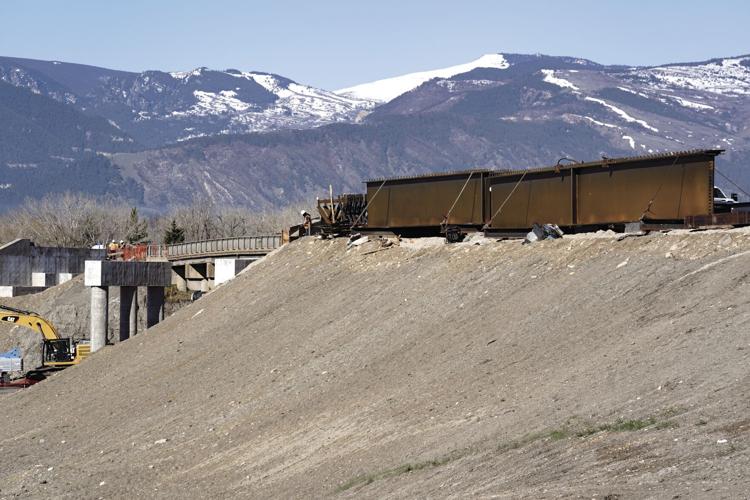 Wyoming Department of Transportation crews prepare to set the large I-beams for the new bridge on U.S. Highway 14 in Ranchester Thursday, May 5, 2022. 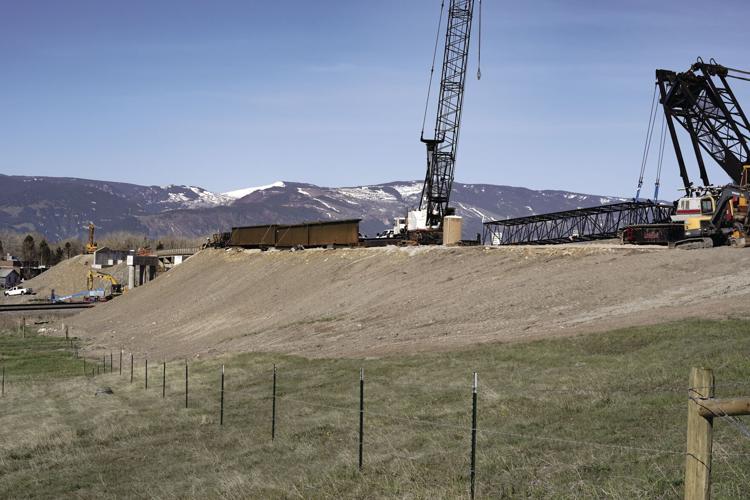 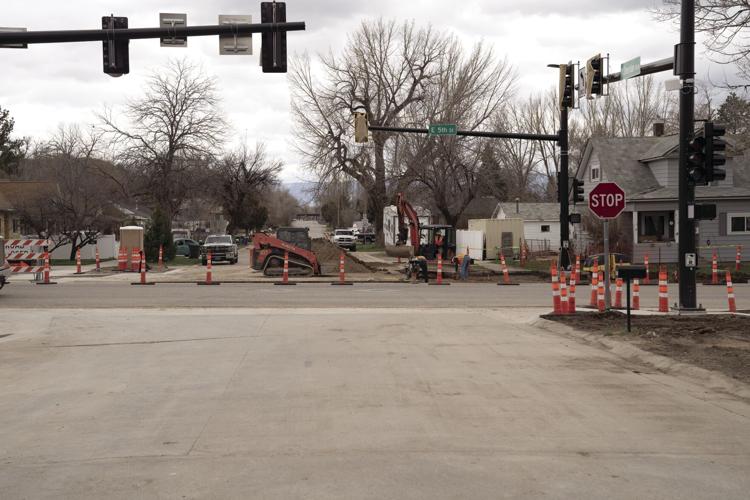 Construction crews layout concrete forms at the intersection of Fifth Street and Sheridan Avenue Wednesday, May 4, 2022.

Wyoming Department of Transportation crews prepare to set the large I-beams for the new bridge on U.S. Highway 14 in Ranchester Thursday, May 5, 2022.

Construction crews layout concrete forms at the intersection of Fifth Street and Sheridan Avenue Wednesday, May 4, 2022.

SHERIDAN — There are certain telltale signs summer is on the horizon: warmer weather, longer days and construction taking place on Wyoming roads.

That holds true again this year, with half a dozen projects scheduled on Sheridan County roads between now and fall, said Laura Dalles, public involvement specialist for the Wyoming Department of Transportation’s District 4.

Some of these are already underway, and at least one — the installation of a traffic signal at the intersection of East Fifth Street and Sheridan Avenue — will be completed within the next week, Dalles said.

“We are going to be wrapping up on that later this week and then testing the signal,” Dalles said. “We are also waiting on a tree trimmer to trim a tree that we’re worried will obstruct the signal once it leafs out. But it should be up and running by next week.”

Dalles said the new signal is intended as a way to improve traffic flow at the intersection, particularly at the high-volume times of 8 a.m., noon and 5 p.m.

Work has also started on other improvements to the East Fifth Street corridor, Dalles said. The project is being done jointly by the city of Sheridan and WYDOT, with funding coming from WYDOT’s Urban Systems program.

The project, which will include new trees, sod, a sprinkler system, flower beds, sidewalks and decorative street lighting, will improve safety, landscaping and the visual appeal of the corridor, city of Sheridan engineer Hanns Mercer previously told The Sheridan Press

Crews began work on the south side of East Fifth Street and will gradually move up block-by-block, Dalles said. Since no work is actually being done on the road itself, Dalles said there should be “minimal” impacts to drivers, and few, if any, street closures are anticipated at this time. Any closures will be small and well-marked, Dalles said.

Another ongoing project is a bridge replacement on U.S. Highway 14 just outside of Ranchester. The current bridge is the oldest bridge over a railroad track in the state and no longer meets Burlington Northern Santa Fe Railroad height and safety standards, Dalles said.

Work on the bridge began in September 2021, and is making progress with girders installed earlier this week, Dalles said. Still, construction is not expected to be completed until spring 2023 at the earliest.

“Once we get the girders in place, that will provide the majority of the structure for the new eastbound lane,” Dalles said. “From there, we will shift traffic onto the new bridge, which will allow us to remove the existing bridge. Once that is done, we can construct the westbound lane. So we still have a ways to go.”

Crews are performing mill and overlay work, along with some bridge repairs, on a 10-mile stretch of U.S. Highway 14 between Ucross and Clearmont and is scheduled to be completed by the end of June, Dalles said. Mill and overlay work on another 10-mile section of U.S. 14 between Burgess Junction and Sibley Lake is scheduled for as early as late June depending on weather, Dalles said.

Reconstruction work on the eastbound lane of Interstate 90, between the Acme exit and exit 20 into Sheridan is set to start by the end of the month and should be completed by Oct. 31, Dalles said.

In addition, there will be small maintenance paving operations on short stretches of road throughout the summer based on need, Dalles said. Drivers should also be on the lookout for WYDOT’s pavement stripers, which will be refreshing center and fog lines on the interstate highways.

“When they see striping operations, it is important they don’t cross the paint line,” Dalles said. “If they do, they could get paint on their vehicle and also damage the new striping. So we just urge people to slow down and be patient because it will prevent damage to their vehicles, and to our striping work.”

Dalles said patience and obeying the rules of the road — especially speed limit signs — were key when driving through construction zones.

“The No. 1 complaint we get from project managers is people do not obey the reduced speed limits, and are often driving 10 to 15 miles an hour over the limit,” Dalles said. “That puts our contractors and their teams in harm’s way so we really ask that people mind the posted speed limits.”

“Be on the lookout for warning signage, which should be placed well ahead of the project, and slow down and change lanes as needed,” Ringley said. “In the construction zone, be cognizant people are working on the project and keep an eye out for the workers. It is important to adjust your schedule accordingly when driving through a construction zone so you can take your time to observe the lower speed limits and protect those working on the roads.”