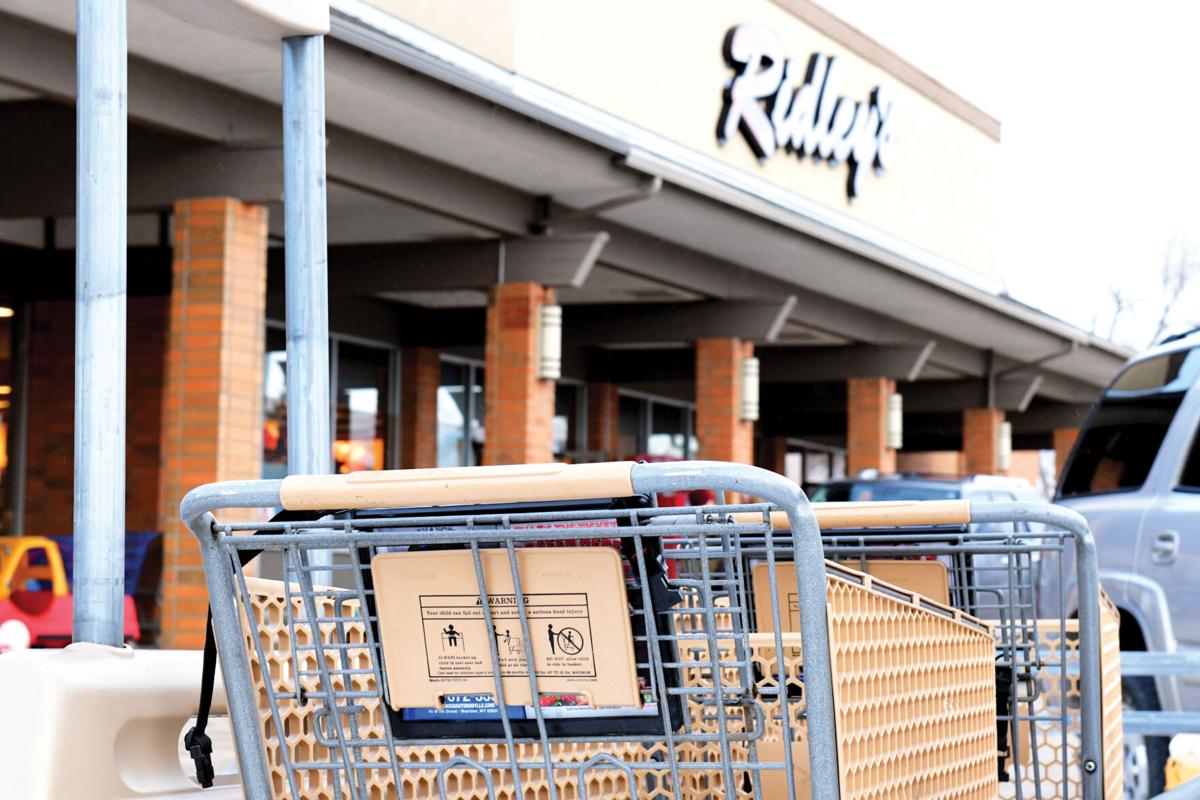 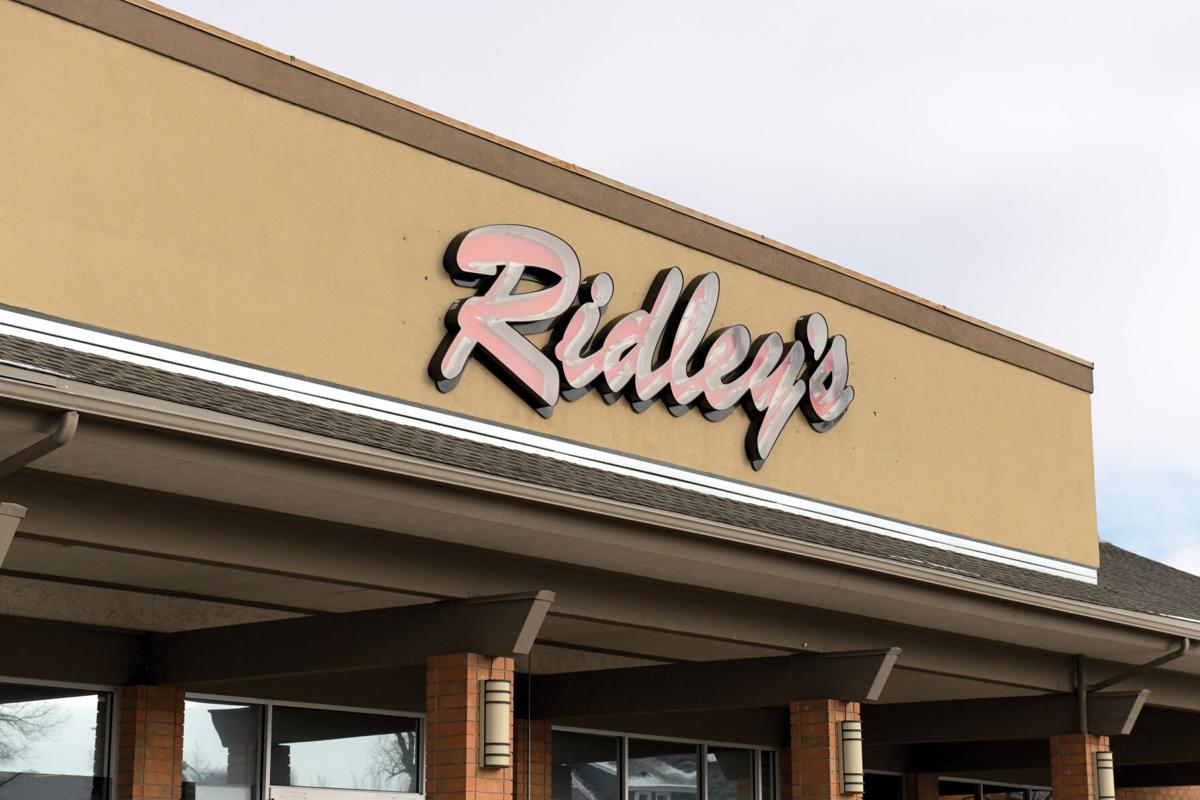 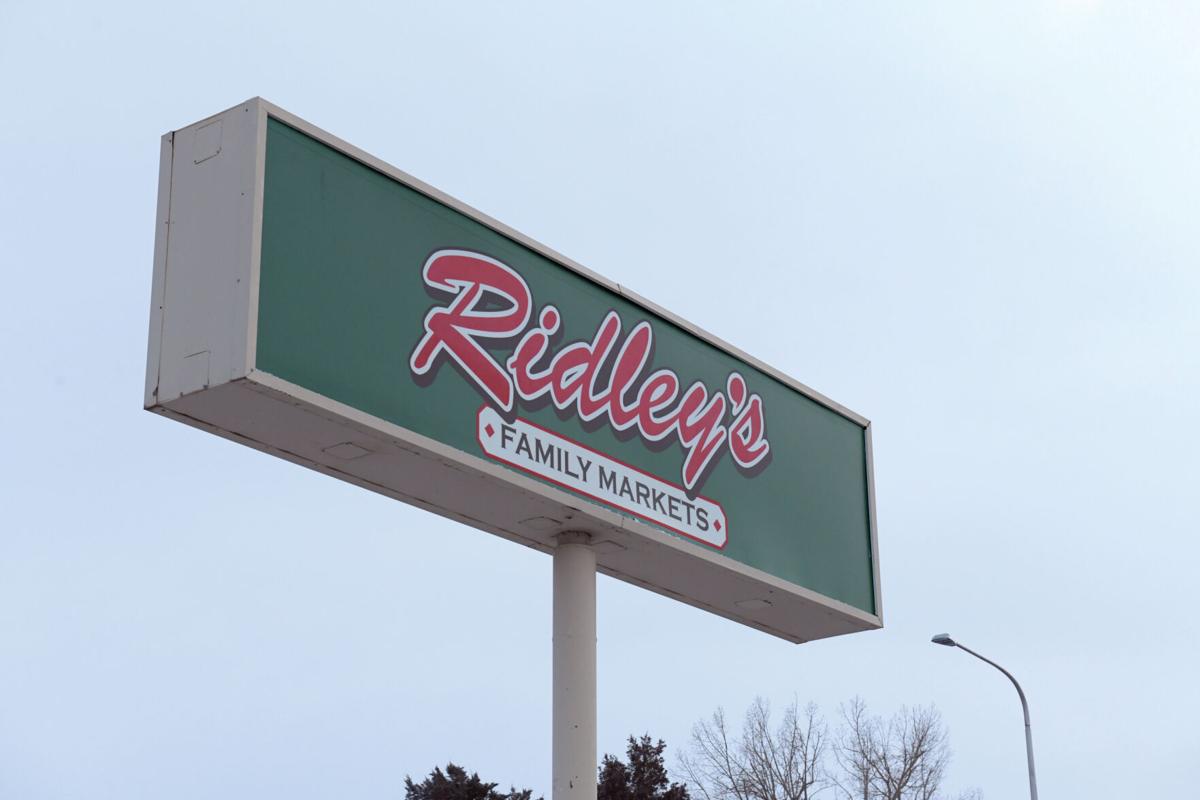 The sign at Ridley's Family Markets invites shoppers to the store Monday, Dec. 27, 2021. Tarter said he sends veterans based in Buffalo to Lynn’s Superfoods and those based in Sheridan shopping at Ridley’s Family Markets to use the commission's food cards.

The sign at Ridley's Family Markets invites shoppers to the store Monday, Dec. 27, 2021. Tarter said he sends veterans based in Buffalo to Lynn’s Superfoods and those based in Sheridan shopping at Ridley’s Family Markets to use the commission's food cards.

SHERIDAN — Jack Tarter has spent more than three decades helping veterans. After retiring from a 35-year career as superintendent of the Veterans Home of Wyoming and 30 years in the Wyoming National Guard, Tarter now volunteers his time to veteran organizations, including as the commissioner serving Sheridan and Johnson counties on the Wyoming Veterans Commission.

Tarter’s latest effort: offering food cards, through his position as a Wyoming Veterans Commission member, to Buffalo and Sheridan veterans in need.

The food card program began after the Bob Woodruff Foundation — with funding from Craigslist founder Craig Newmark Philanthropies — reached out to the commission. Wyoming Veterans Commission Executive Director Tim Sheppard said the philanthropists asked how they could impact veteran hunger in Wyoming.

The commission came up with the idea of offering veterans gift cards to local grocery stores.

The commission used foundation grants to do just that. The commission’s food card initiative soon partnered with other foundations and First Lady of Wyoming Jennie Gordon’s Wyoming Hunger Initiative, Sheppard explained. From a $2,500 initial grant, the program grew into a program with more than $60,000 to offer veterans.

Although food insecurity — or lacking access to enough food for a healthy lifestyle — among veterans can be difficult to quantify, there appears to be demand for veterans’ food assistance programs. According to the U.S. Department of Veterans Affairs’ Nutrition and Food Services Program, for instance, veterans who served in wars in Iraq and Afghanistan are nearly two-times more likely to be food insecure than the general population.

Since the food card program’s founding, Wyoming Veterans commissioners across the state have handed out food cards to food insecure veterans.

Tarter started handing out cards last year, after Sheppard sent him information about a particular veteran in Sheridan who needed money for food. Commissioners receive referrals from organizations working with veterans, including Volunteers of America Northern Rockies and the Wyoming Army National Guard, Tarter said. After these organizations identify veterans in need of food assistance, Tarter contacts the veterans to distribute food cards.

So far, Tarter has not encountered a circumstance in which veterans requested food cards for themselves.

Tarter said he's given out five food cards: one in Buffalo and four in Sheridan. While he sends veterans based in Buffalo to Lynn’s Superfoods, he sends those based in Sheridan shopping at Ridley’s Family Markets.

The only challenge he has faced so far, Tarter said, has been braving winter weather to reach veterans in Sheridan from his home in Buffalo.

“The one thing that was a little tough…was having to drive over there in a snowstorm to buy the food card,” Tarter said.

In response, Tarter worked with Ridley’s to create a system to bypass this issue and save himself a potentially icy drive to Sheridan. Now, said Ridley’s Grocery Manager Trish Schaeffer, Tarter can request gift cards for veterans by phone.

“Ridley’s has just been wonderful to work with,” Tarter said.

All of the veterans Tarter’s provided food cards have been very appreciative of the assistance, he said. One veteran, who Tarter gave a food card earlier this month, said it could not have come at a better time.

“You can tell that it helped them get over a hump,” Tarter said.