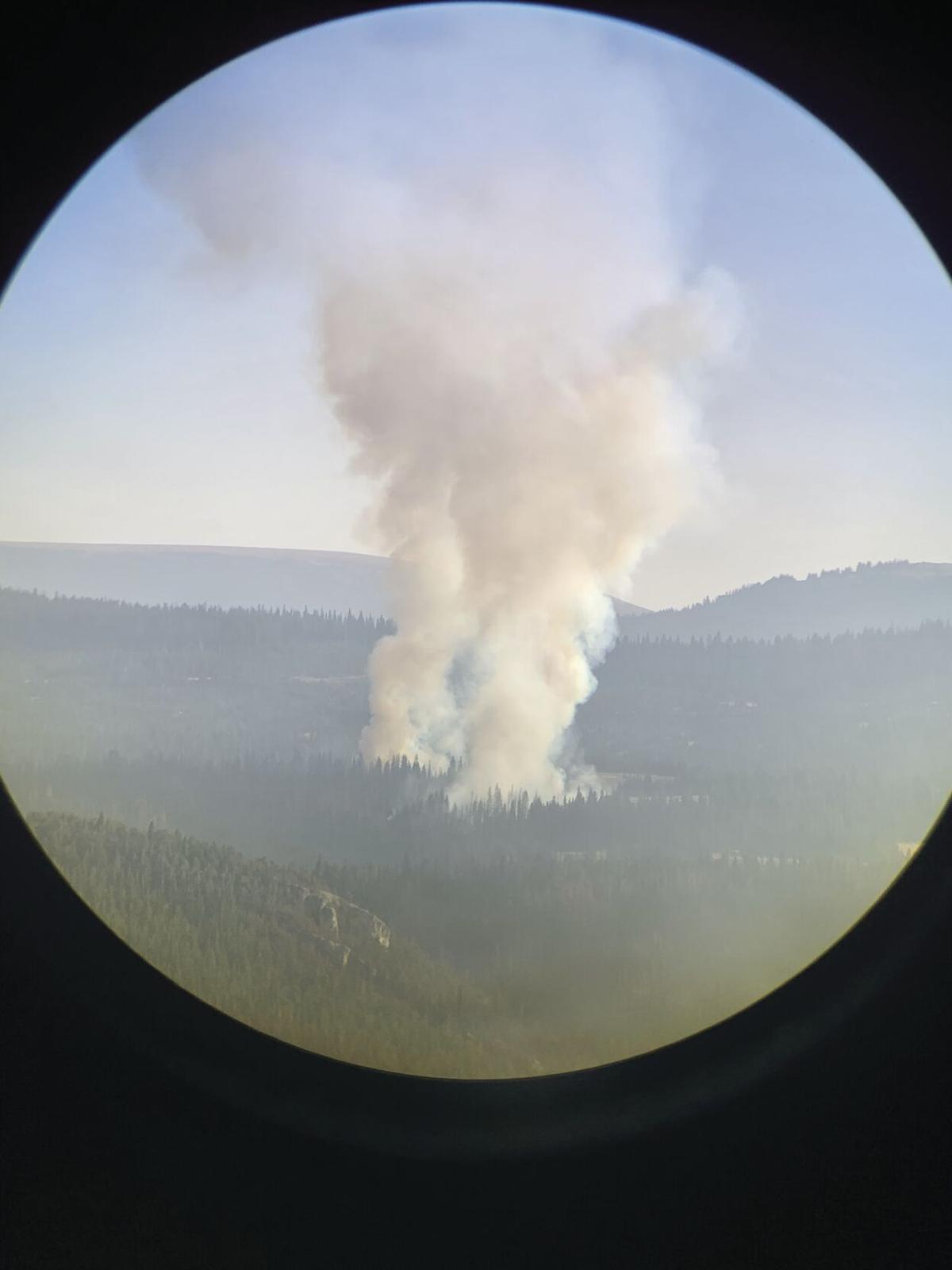 The Crater Ridge Fire, which is currently 70% contained, continues to burn in the Bighorn National Forest. The national forest is advising hunters to use caution this season due to continued drier-than-average conditions in the National Forest. 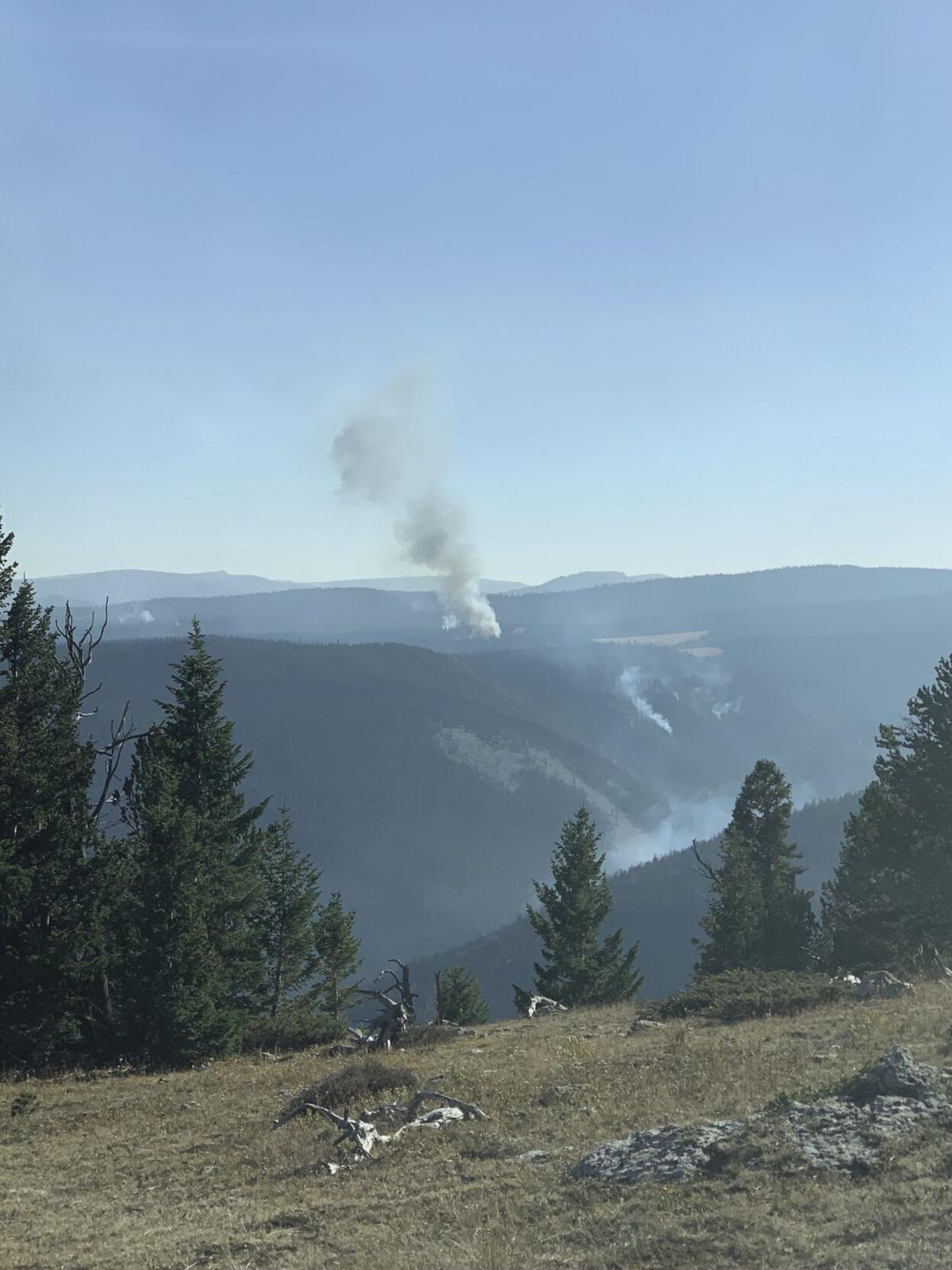 The Crater Ridge Fire, which is currently 70% contained, continues to burn in the Bighorn National Forest. The national forest is advising hunters to use caution this season due to continued drier-than-average conditions in the forest.

The Crater Ridge Fire, which is currently 70% contained, continues to burn in the Bighorn National Forest. The national forest is advising hunters to use caution this season due to continued drier-than-average conditions in the National Forest.

The Crater Ridge Fire, which is currently 70% contained, continues to burn in the Bighorn National Forest. The national forest is advising hunters to use caution this season due to continued drier-than-average conditions in the forest.

One is defined by the hot dryness of the summer, while the other is known for a crisp autumn chill. Never the twain shall meet — until this year.

As many hunters venture into the Bighorn National Forest this month, they’ll also have to contend with at least one ongoing fire — a relative rarity for this time of year, according to BNF Public Affairs Officer Sara Kirol.

“Anecdotally, it’s hard to recall a fire season that has continued this far into the hunting season,” Kirol said.

The Crater Ridge Fire, which started July 17 from suspected lightning, continues to burn roughly 30 miles northeast of Lovell. The fire was 70% contained as of Oct. 1 and covers 7,450 acres. To date, fighting the fire has cost $15 million, according to the National Interagency Coordination Center.

Fighting the fire has been a slow process due to the rough terrain on which it’s located, Kirol said. While cooler weather has been slowing the fire’s spread, it hasn’t stopped it yet.

“Just about a week ago, it was still pretty active,” Kirol said of the Crater Ridge Fire. “It has slowed down with colder weather and more humidity, especially in the evenings. But it is still burning right now.”

No hunters are allowed within the closure area boundary of the Crater Ridge Fire, Kirol said. But even in open areas, fire danger should be at the top of mind for hunters, she said.

While the BNF rescinded its Stage 1 Fire Restrictions last week, conditions remain dry and prone to fires, Kirol said. She recommends hunters take extra precautions with their campfires this year.

“You could have more fires break out if hunters leave their campfires unattended even for a moment,” Kirol said. “It is still dry enough that a fire could grow a little bit and pull our resources off the one we’re trying to deal with at Crater Ridge.”

Kirol recommends keeping campfires small and contained within a ring. Before leaving the campsite, hunters must check to make sure the area is cold to the touch.

The dry conditions in the forest are reflected throughout the county, according to Sheridan County Fire Warden Chris Thomas. According to the U.S. Drought Monitor, most of Sheridan County continues to experience “severe drought,” with the eastern part of the county experiencing “extreme drought.”

In severe drought, pasture conditions are poor, trees and vegetation are stressed and water pressure is low. In extreme drought, surface water is inadequate for ranching and farming.

Due to the drought conditions, Sheridan County has not rescinded its own partial fire restrictions, Thomas said. Johnson and Campbell counties, which are similarly experiencing severe and extreme drought, are also keeping fire restrictions in place.

“We’re looking for a long-term trend in moisture — either rain or snow — before we make any changes,” Thomas said. “Years ago, we’d have already seen some snow and freezes around now, but we’re not there yet.”

Sheridan County’s fire restrictions are similar to previous years. They prohibit fireworks while allowing small recreational fires at residences within 15 feet of green grass in an area cleared of flammables.

Branding activities and the use of cutting torches or electric welders are permitted in cleared areas of 15 feet in radius. There are no restrictions on smoking.

The restrictions apply to all state, county and private lands within Sheridan County, except for lands within the incorporated cities and towns and federal lands managed by the U.S. Forest Service and Bureau of Land Management.

Thomas said fire activity in the county had been relatively slow in recent weeks — something he attributes to community members being careful when out and about in the dry conditions.

“It’s still plenty dry, but I think folks have been very good and there has not been a lot of activity,” Thomas said. “I think people realize how dry it is, and they’re being smart. Hopefully, that will continue until the snow starts flying.”