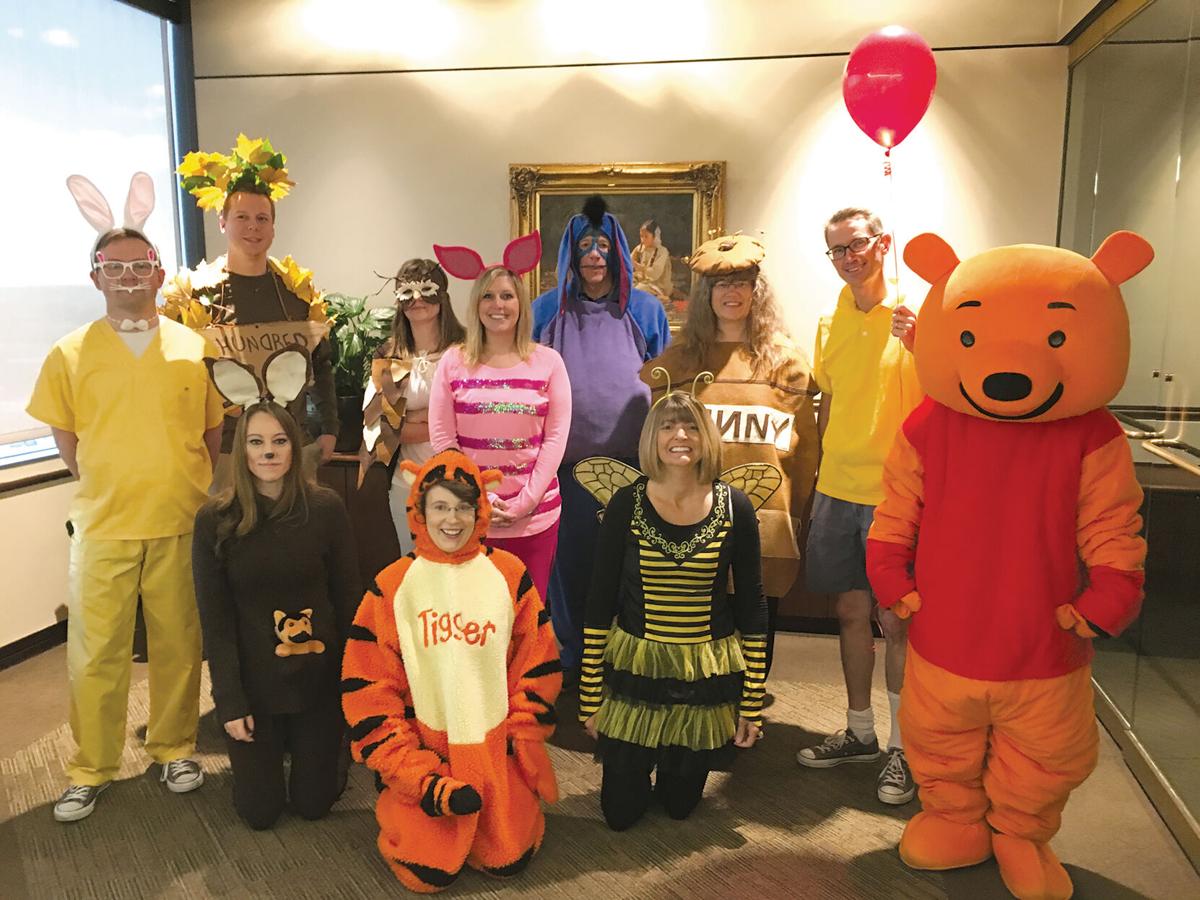 First Interstate Bank’s Ed Garding brought a light-hearted sense of fun to the job — whether leading his team, dressing up for Halloween or volunteering for a local nonprofit. “Work can sometimes be stressful, but it should always be fun. If you love what you’re doing, you never have to call it work,” Garding said. 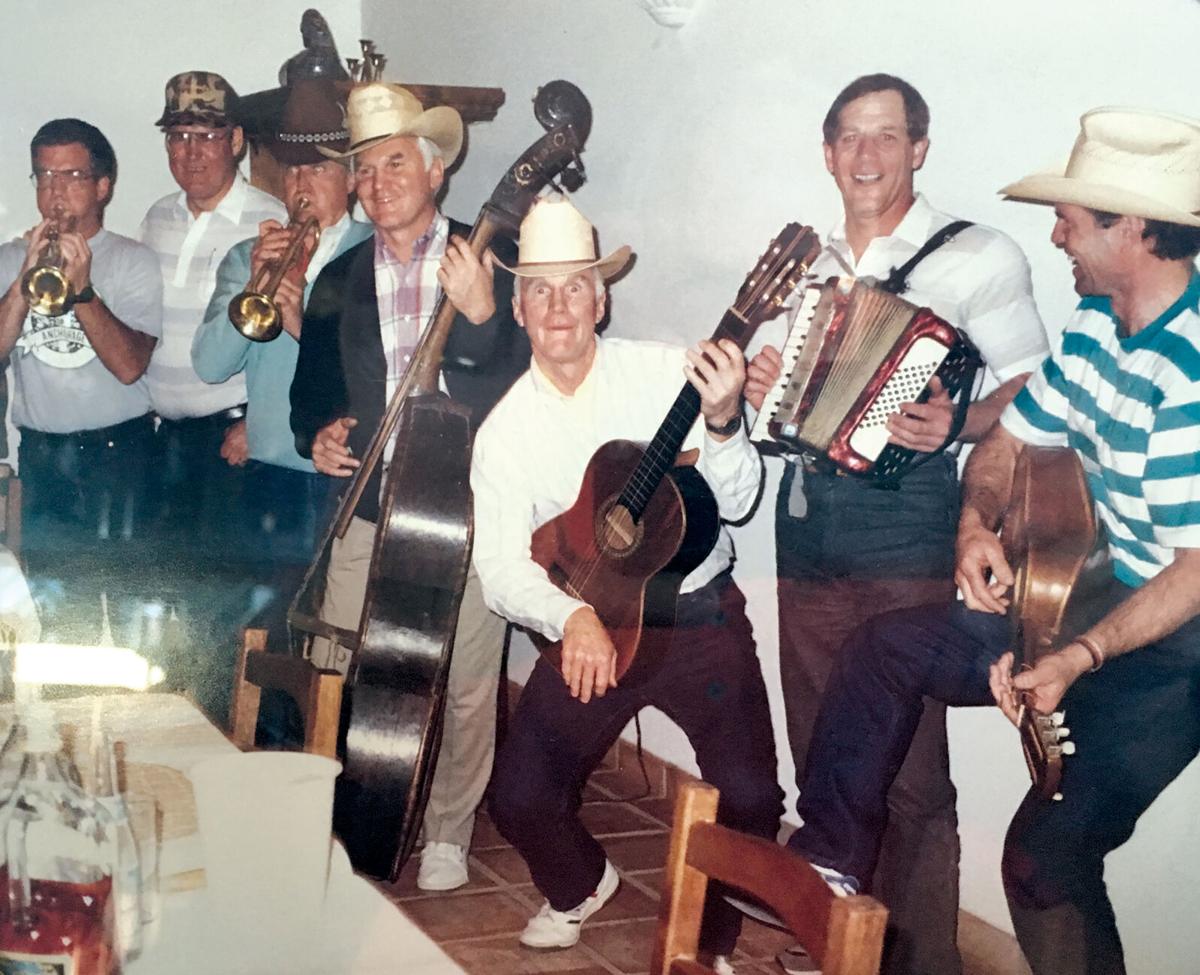 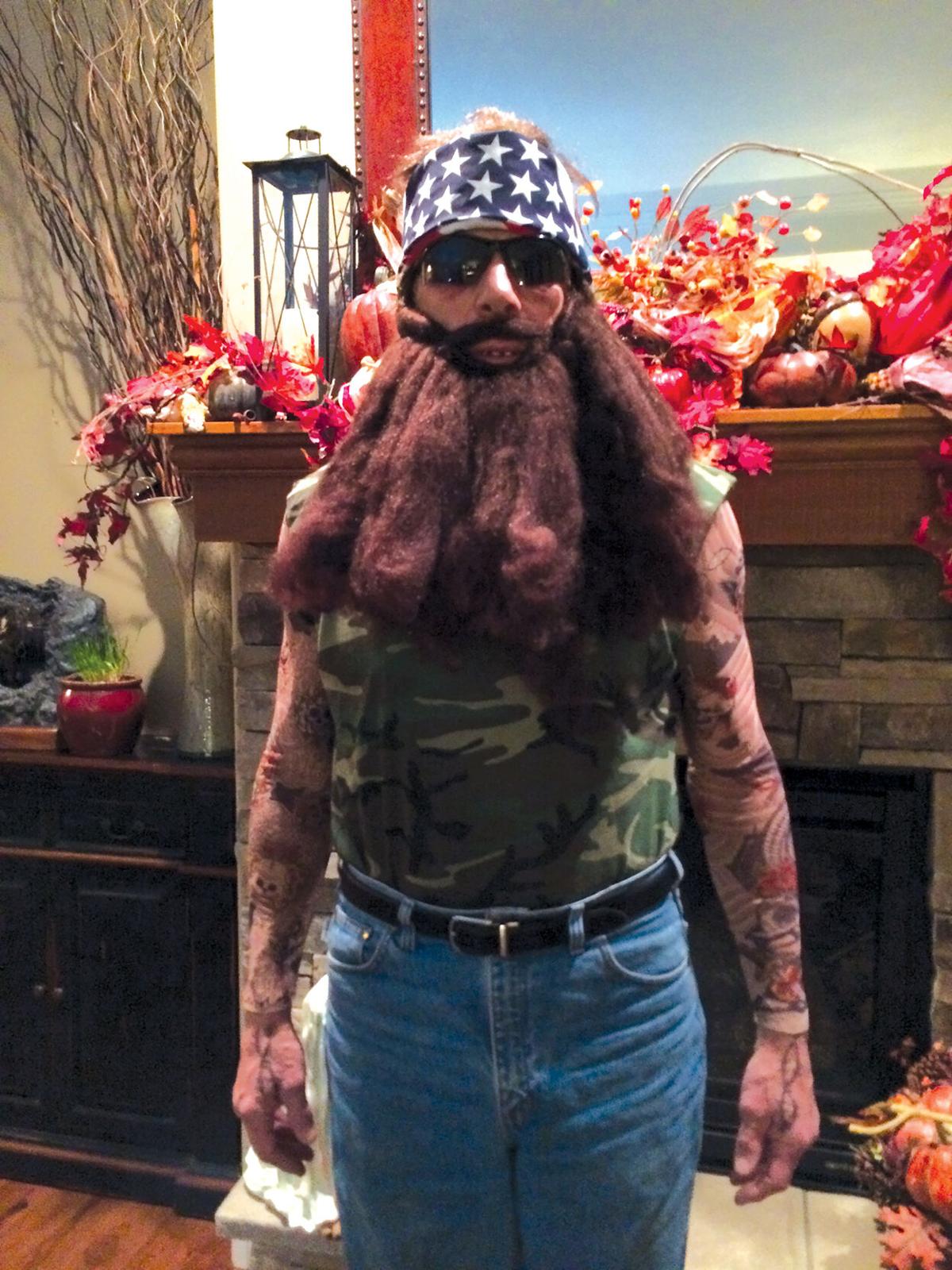 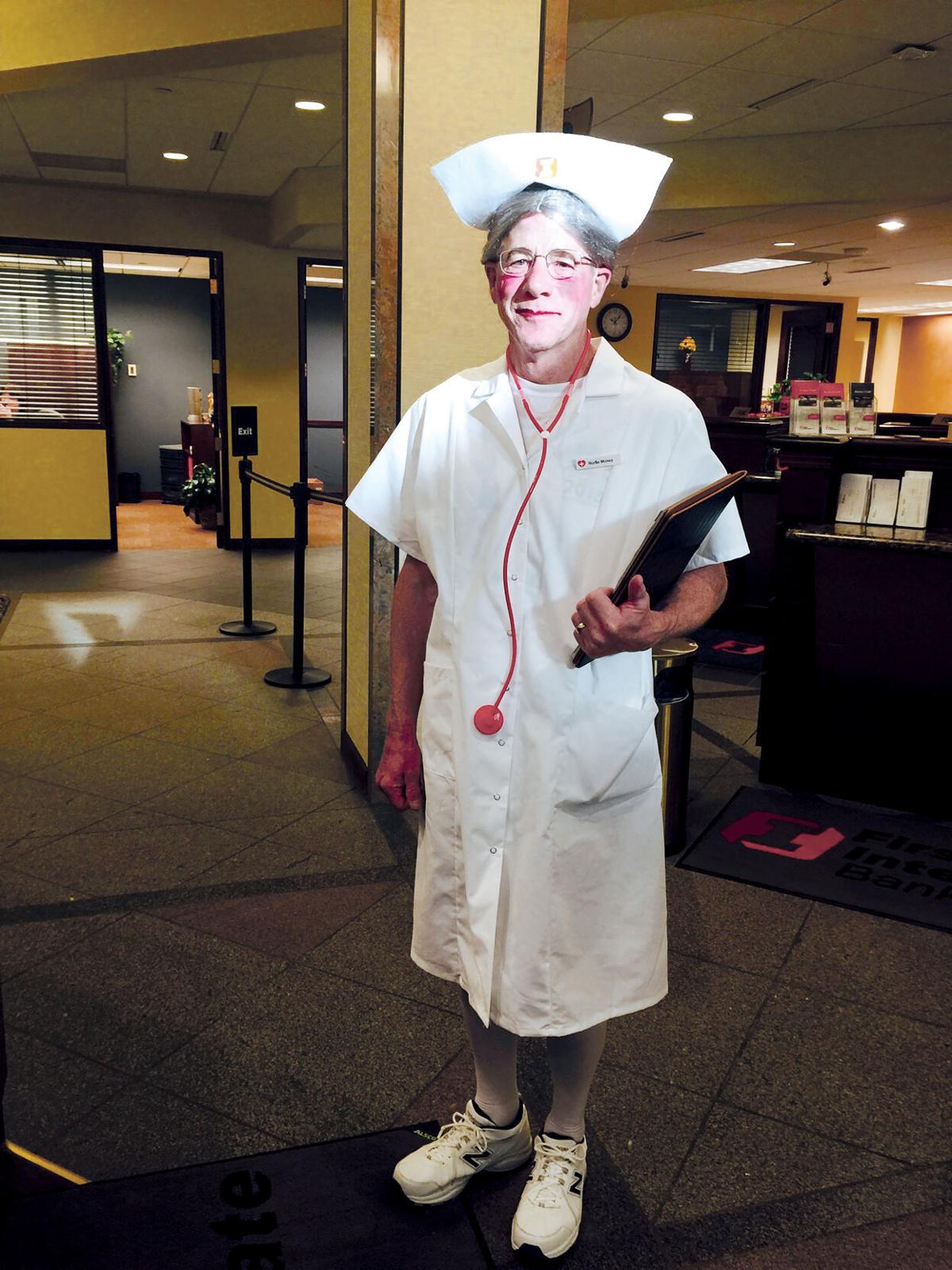 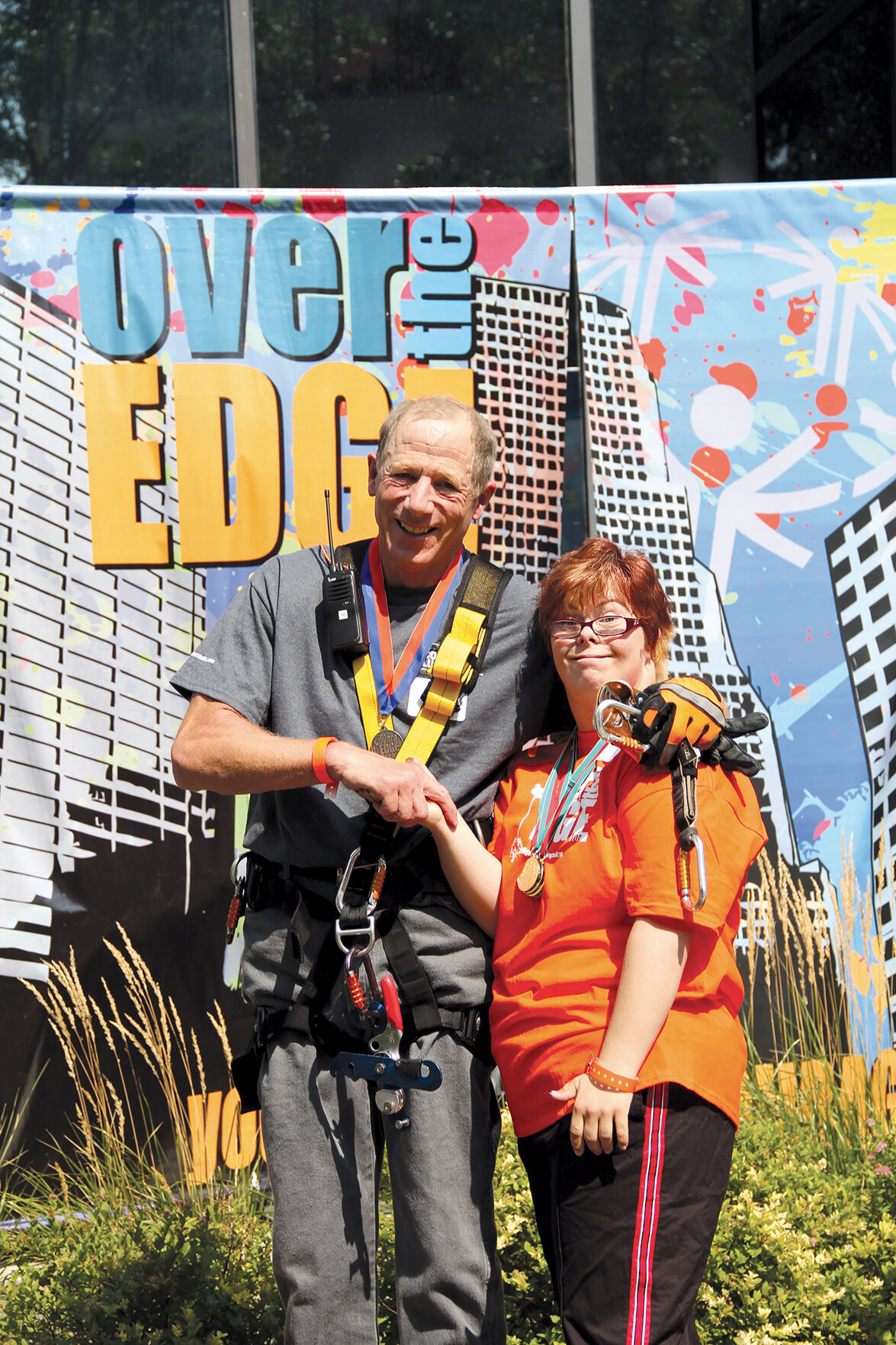 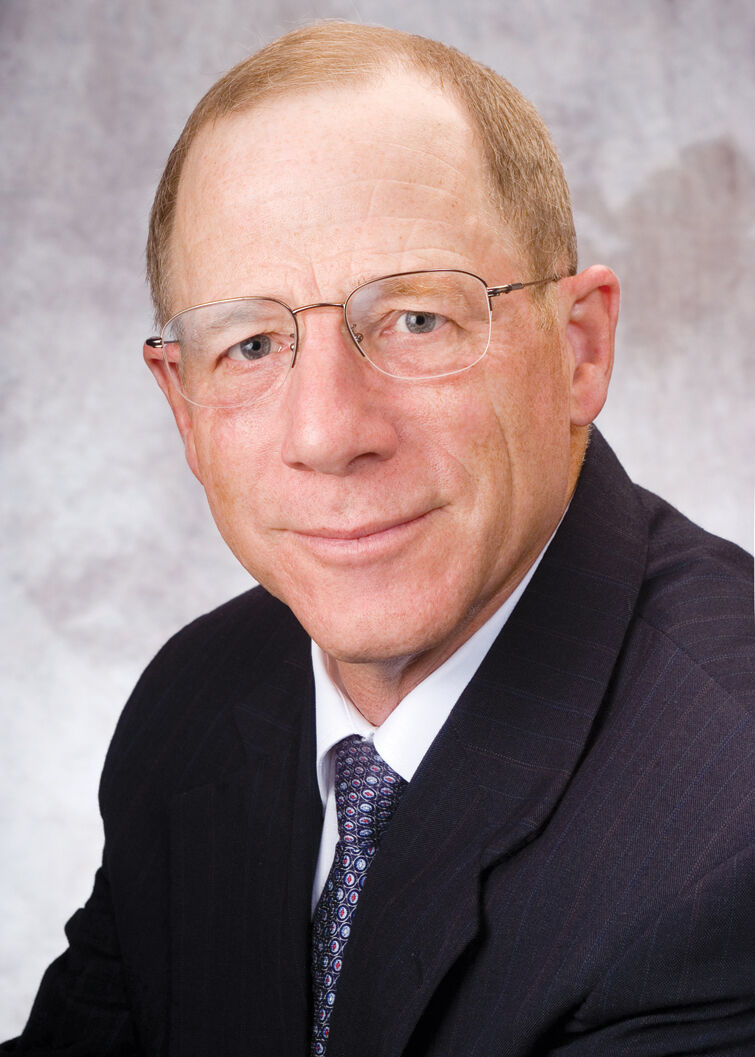 First Interstate Bank’s Ed Garding brought a light-hearted sense of fun to the job — whether leading his team, dressing up for Halloween or volunteering for a local nonprofit. “Work can sometimes be stressful, but it should always be fun. If you love what you’re doing, you never have to call it work,” Garding said.

The former First Interstate CEO and current corporate and government relations officer for the bank has served in a variety of roles during his more than 40-year career at First Interstate—management trainee, branch manager, regional president, chief risk officer and CEO to name a few. He also served as Sheridan’s bank president from 1988-1996.

In addition to these many roles, Garding’s colleagues and teammates also know him as: “Nurse Goodbody,” “Eeyore,” “Merlin,” “Winnie the Pooh,” and countless other Halloween characters.

“Halloween has always been special because the kid in me has never grown up,” Garding said.

But that shouldn’t detract from the serious and positive impact Garding had on the bank during his career, Scott said. The two men worked alongside each other for decades, and as the bank president in Colstrip, Montana, Garding also has the unique perspective of serving as Scott’s first boss.

“Ed was serious and diligent, and I tried my best to make a good impression,” Scott said. “Then, at the end of October, I saw Ed for the first time at Halloween where he transformed into a costumed goofball who would make Halloween so much fun for the next four decades.”

Young at heart and quick to crack a joke — and a smile — Garding anchors his approach to doing business by meeting clients where they are. Sometimes this means picking up the phone to make a call; other times, it’s a face-to-face interaction or a video chat.

“The past 40 years, I’ve seen our delivery channels change and evolve according to our clients’ unique needs,” Garding said. “But despite these changes, certain aspects have also stayed the same — like our dedication to service and principles of leadership.”

Long before email and Zoom calls, Garding and his teams corresponded with clients predominantly by mail.

“We would type a letter, send it to the client, and not expect a response for two weeks,” Garding said. “Technology has changed the way we’re able to interact with clients and has shortened the timeframe with which we’re able to conduct business.”

Garding said a good portion of his business early on was specializing in Singer sewing machine loans. Sewing machines were an essential appliance in the ‘70s, and door-to-door salesmen would partner with Garding to generate these loans.

“There was really no such thing as a credit card back then,” Garding said. “People worked with bankers to book loans for essentials like sewing machines and furniture.”

To this day, one of Garding’s favorite things about being a banker is helping people get what they need — whether it’s a sewing machine, a new house, a new car or plan for retirement.

“We’ve come to learn and appreciate that clients want all six forms of interaction available to them — face-to-face, telephone, email, mobile, ATM and mail,” Garding said. “The key is having all channels available where and when the client needs them, and First Interstate continues to excel in that space.”

Responding to clients’ unique needs and educating them on new financial tools and channels is something Garding has been doing since the beginning of his career.

As the manager of First Interstate’s downtown Billings drive-up location — the first of its kind for the Bank back in 1973 — Garding remembers making calls to clients getting them comfortable with the idea of banking from the car via drive-up.

“At the time, the idea was foreign — they’d ask, ‘Why wouldn’t I just come inside to do my banking?’ or they’d comment that the new setup seemed far-fetched,” Garding said. “And now, clients can simply pull out their phone and do their banking anywhere. We’ve come a long way.”

Garding always knew he wanted to pursue a career in banking. His passion (and persistence) soon paid off when he approached Homer Scott, Sr. for a position at Security Trust and Savings Bank — which would later become First Interstate Bank.

“I requested a meeting with Mr. Scott, and he shared the bank had no openings at the time,” Garding said. “I told him that was fine — that I only had one suit, one place I wanted to work, and I’d be back to inquire every Friday until he hired me.”

Four Fridays went by — then five, with Garding showing up to the bank, requesting audience with Homer Scott. Each week, Garding received the same response.

“Thank you, but still no openings.”

On the sixth Friday, Homer Scott and the Billings market president decided the young banker deserved a shot and hired Garding as the bank’s first management trainee.

“From the beginning I knew working for First Interstate was something special,” Garding said. “Led by strong family values and a commitment to giving back, I’m so proud to say I grew up in and with this company.”

About a month after Garding started with First Interstate, the bank celebrated cresting $100 million in asset size; today, the bank’s asset size is $18.4 billion and growing.

“Something that marks my time at the bank is knowing one of my first loans was for a Singer sewing machine, and my last loan was for a Boeing 747,” Garding said. “The complexity and amount of business might have increased through the years, but every client and transaction was equally meaningful.”

In 2015, Garding celebrated his retirement as the bank’s CEO, but was hired back part-time in 2016 as First Interstate’s corporate and government relations officer.

“Aside from being a dynamic leader and professional, Ed developed invaluable relationships with clients and key contacts in government through the years,” said Kevin Riley, president and CEO of First Interstate BancSystem, Inc. “Because of Ed’s strong ties to the congressional delegation in Washington as well as various banking organizations, this new role was the perfect fit for Ed and for First Interstate.”

In 2018, the college approached Garding to see if he’d be interested in serving as interim dean from 2018-2019. Because his responsibilities as government relations officer were only part-time, Garding had the capacity and desire to assume both roles.

“The one constant in my professional career has been that I enjoy learning and reinventing,” Garding said.

Once MSUB completed its extended search for a permanent candidate, Garding wrapped up his work at the college — or so he thought.

Just down the street

After dedicating more than 40 years to First Interstate, Garding recently opted to hang up his spurs and “re-retire” from the bank at the end of April — but not before the team at MSUB approached him with a familiar opportunity.

Starting July 1, 2021, Garding will once again serve a year-long term as interim dean of the College of Business at MSUB.

“I will miss the bank dearly, but I also know I won’t be far away — just down the street,” Garding said.

The lessons, laughter, and legacy Garding leaves behind are considerable, and his First Interstate family wishes him well in this next chapter of his life.

“So much of who we are as a company and who we’ve grown to become can be attributed to Ed’s leadership and successes through the years,” Riley said. “He had a hand in our beginning, helped us thrive through our teen years, and successfully passed the torch into a new era of banking and financial services. On behalf of the executive team, the board, and our entire First Interstate family, I’d like to extend my heartfelt thanks to Ed for his service.”