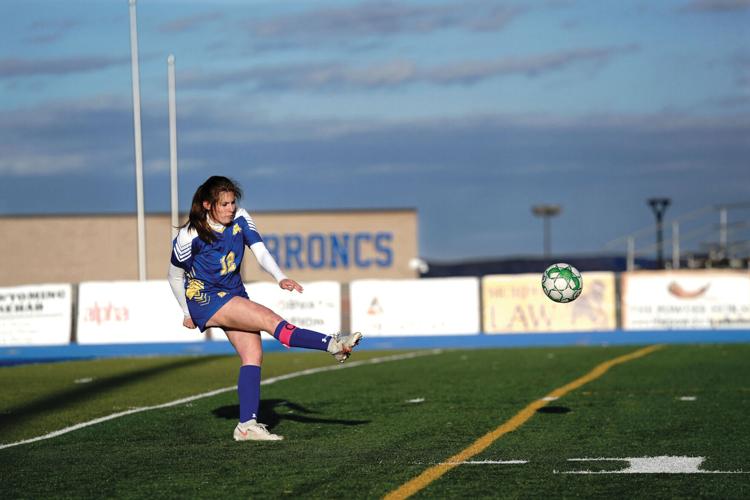 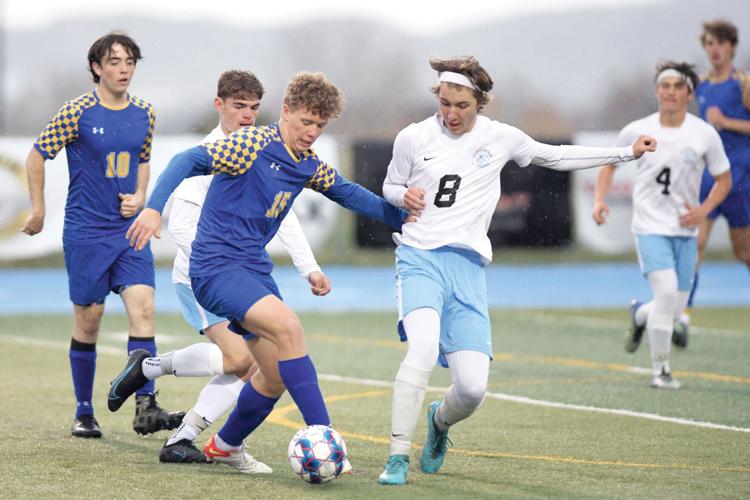 SHERIDAN — Sheridan High School boys and girls soccer teams each sit at No. 3 in the state to start day one of the 4A East Regional Soccer Tournament in Cheyenne Thursday.

Girls head coach Kevin Rizer and boys head coach Scott Soderstrom approached the two practices ahead of Thursday’s games similarly — confident in their teams while aware of close rivalries and improvements throughout the season by their competitors.

“Campbell County’s our big rival here in Sheridan,” Rizer said. “They had the run of play in the first half in the tie (game May 3) and we dominated the second half and the overtimes.”

“(East has) improved drastically through the year, but we’re going to approach it just like any other game” Soderstrom said. “It’s a big one; there’s no tomorrow.”

In the team’s first meeting with close Gillette rivals, the girls beat the visitors April 1 on Homer Scott Field in Sheridan, 2-1. While traveling to Gillette May 3, the Lady Broncs tied with the hosts after double overtime.

“When our two schools get together to play, it’s a war,” Rizer said. “There’s no surprises, that’s for sure, at this point.”

Rizer worked throughout the season with his players to improve on passing and possessions, as well as scoring. He anticipated a rigorous Tuesday practice followed by a typical pregame Wednesday practice would help the girls physically and mentally prepare for the rival game.

“We’ll have to battle to win if we want to go to state,” Rizer said.

Thursday presents a loser-out scenario. A win for the Lady Broncs advances them to a Friday 11 a.m. match against the winner of South and Laramie high schools.

The Broncs take on Cheyenne East 5 p.m. at Cheyenne Central High School Thursday. Sheridan beat East in both meetups this season, winning 4-0 in Cheyenne April 9 and again at home April 28, 2-1.

Still, Soderstrom approaches the game with caution, as a few losses by his squad this season exposed weaknesses in the team finishing at the goal, and he said East’s second-season matches, win or loss, remained close contests.

Despite the caution, Soderstrom remains confident in his team’s hustle and experience, with several upperclassmen leading the charge and underclassmen receiving solid varsity minutes while other key players were out for miscellaneous extracurricular activities.

“We got everyone whole,” Soderstrom said. “It took a long time before we had our guys either healthy or back from wrestling or We the People or spring break or whatever. We’re whole now, which is good.”

“Our chemistry is a huge strength,” Sinclair said. “That’s not specific to soccer, but most of us have been playing on the same team since we’ve been in fifth grade, if not younger. We all know each other.”

“We have a super close-knit team and I think going into regionals we’re just trying to make sure that we’re consistent because we’ve had a lot of inconsistent games this year. When we’re consistent, we feel like we can beat anybody,” Rabon added.

Thursday presents a loser-out scenario for the boys, as well. A win for the Broncs advances them to a Friday 1 p.m. match against the winner of South and Central high schools.