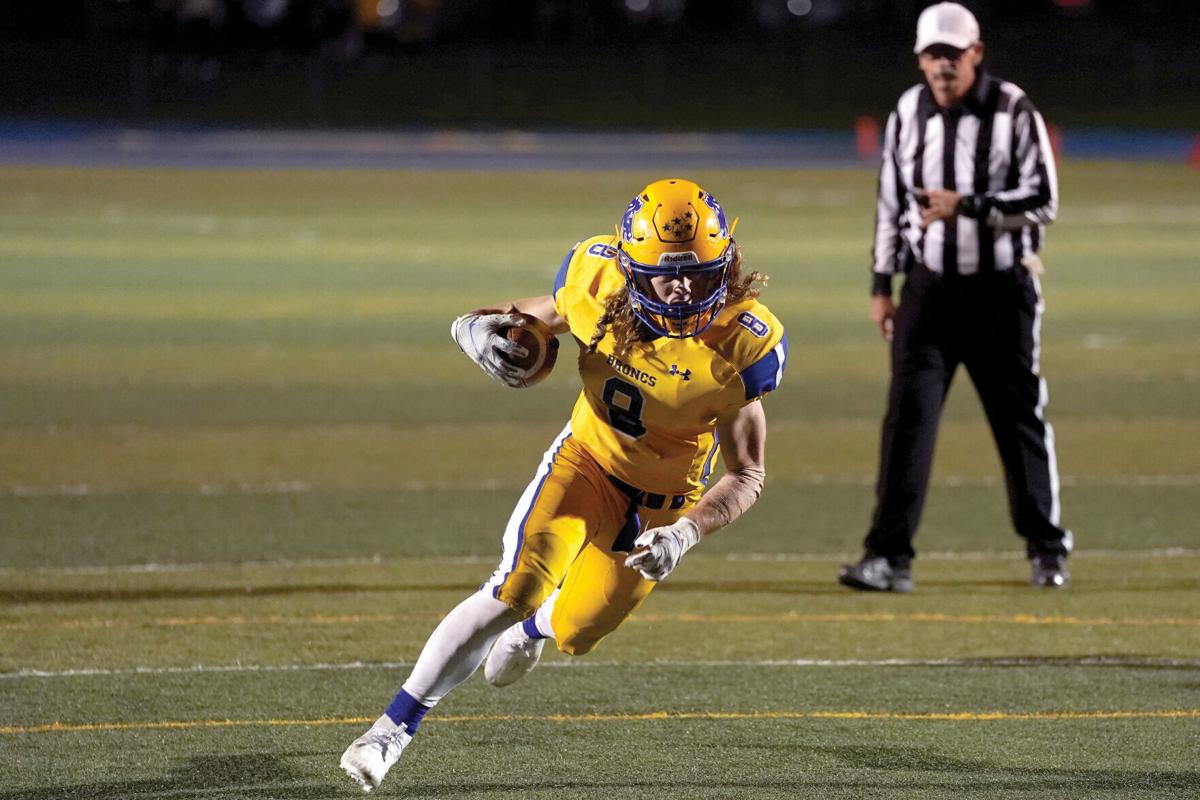 Sheridan senior Carter McComb (8) runs for a first down during play against Natrona County Friday, Oct. 1, 2021. 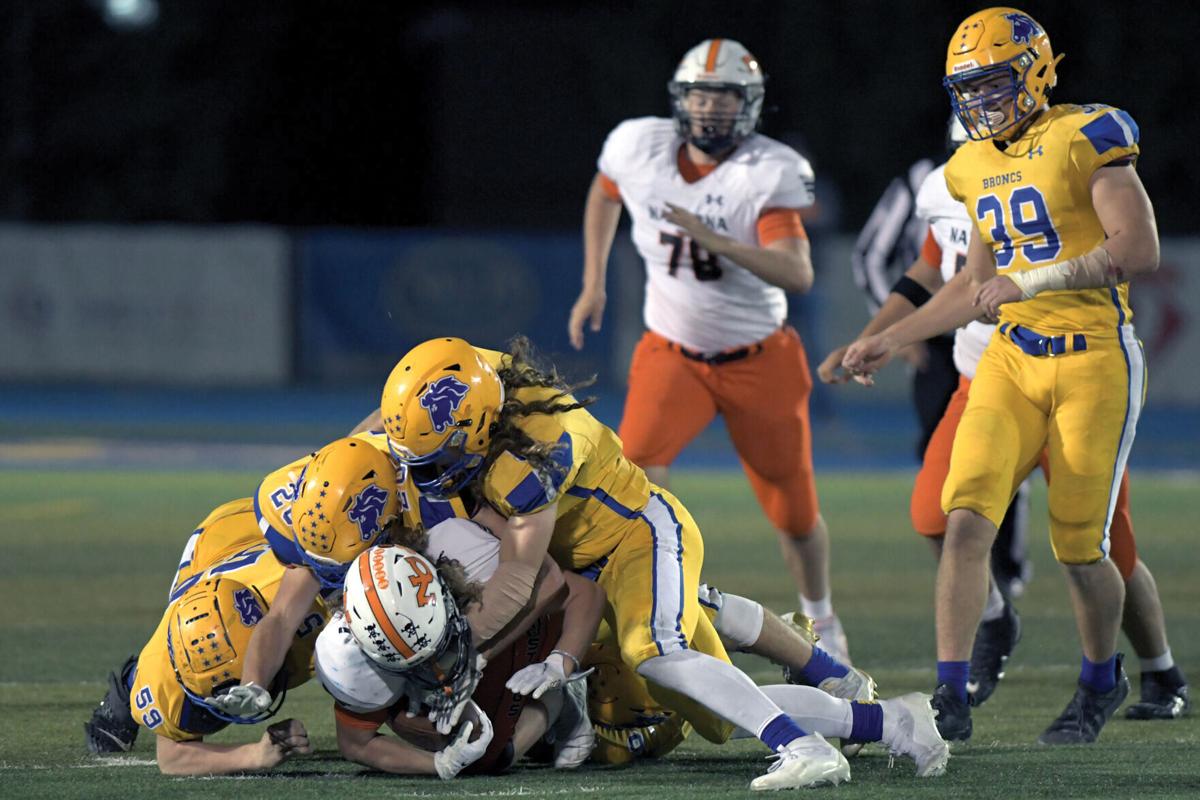 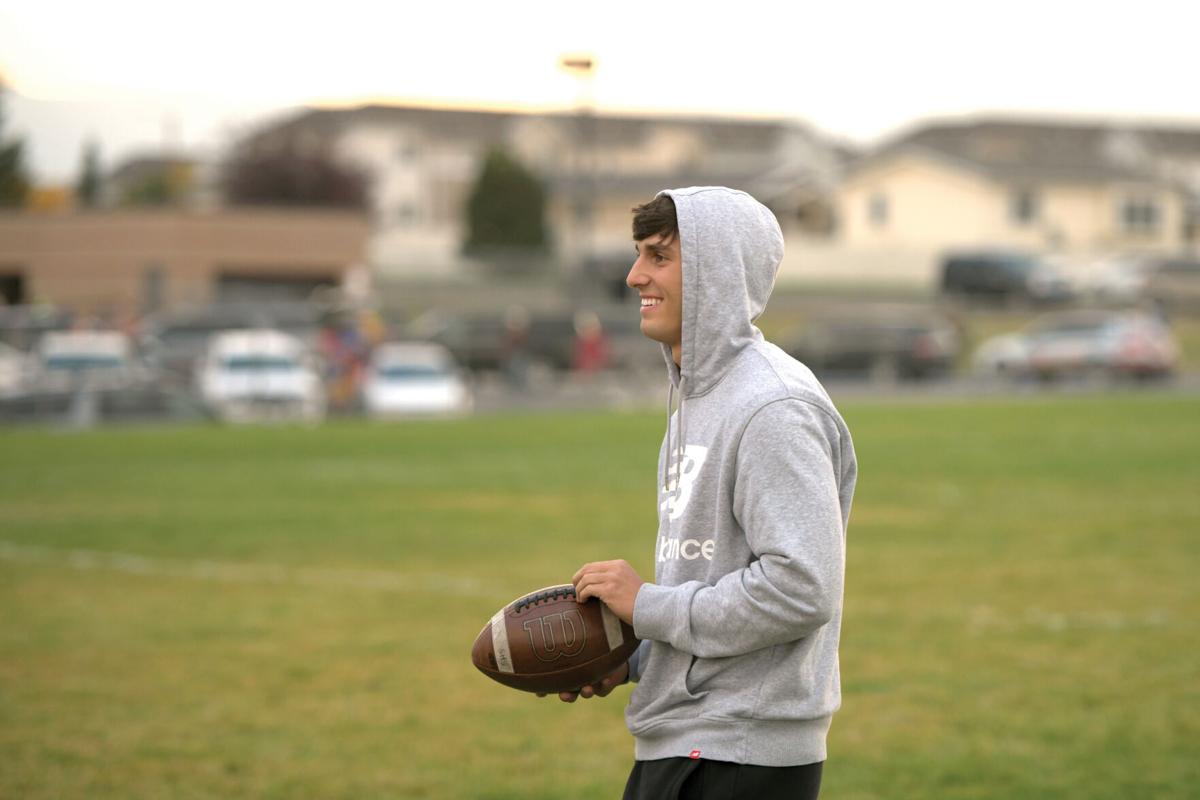 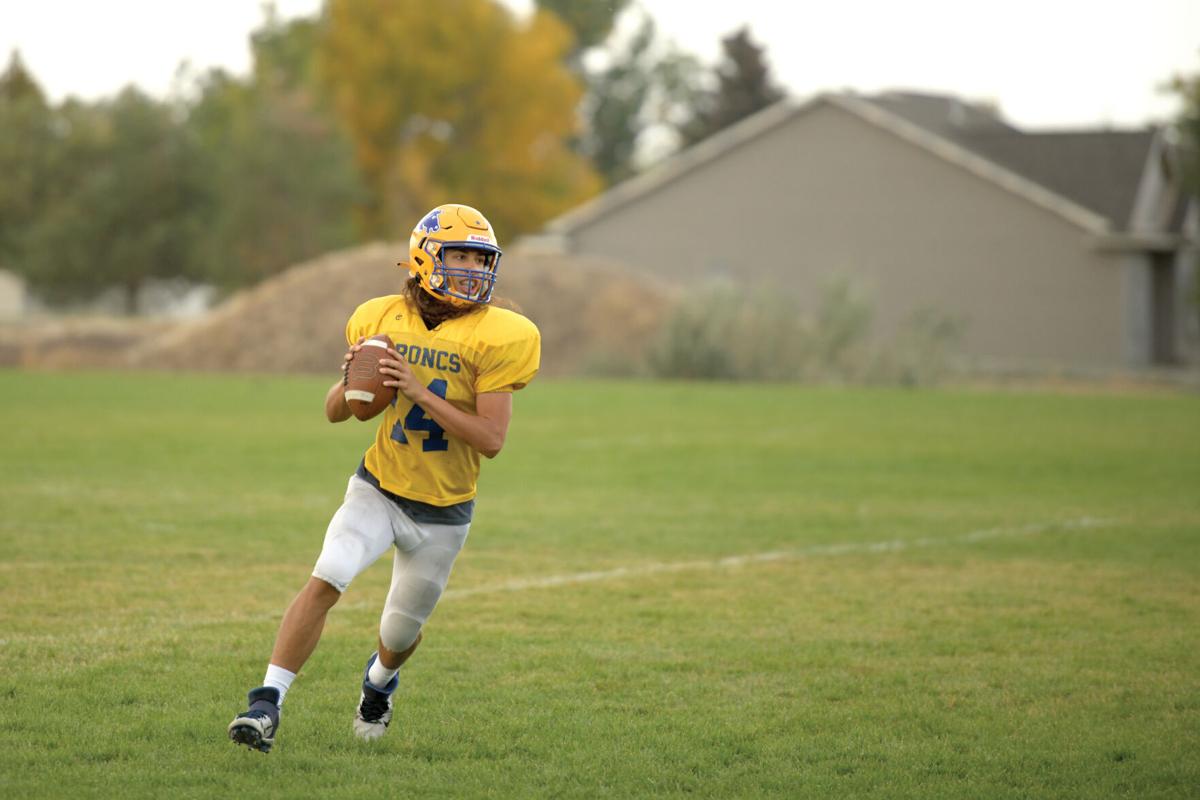 Senior quarterback Carl Askins rolls to his right and looks for an open receiver during practice Thursday, Oct. 7, 2021, at Sheridan High School. 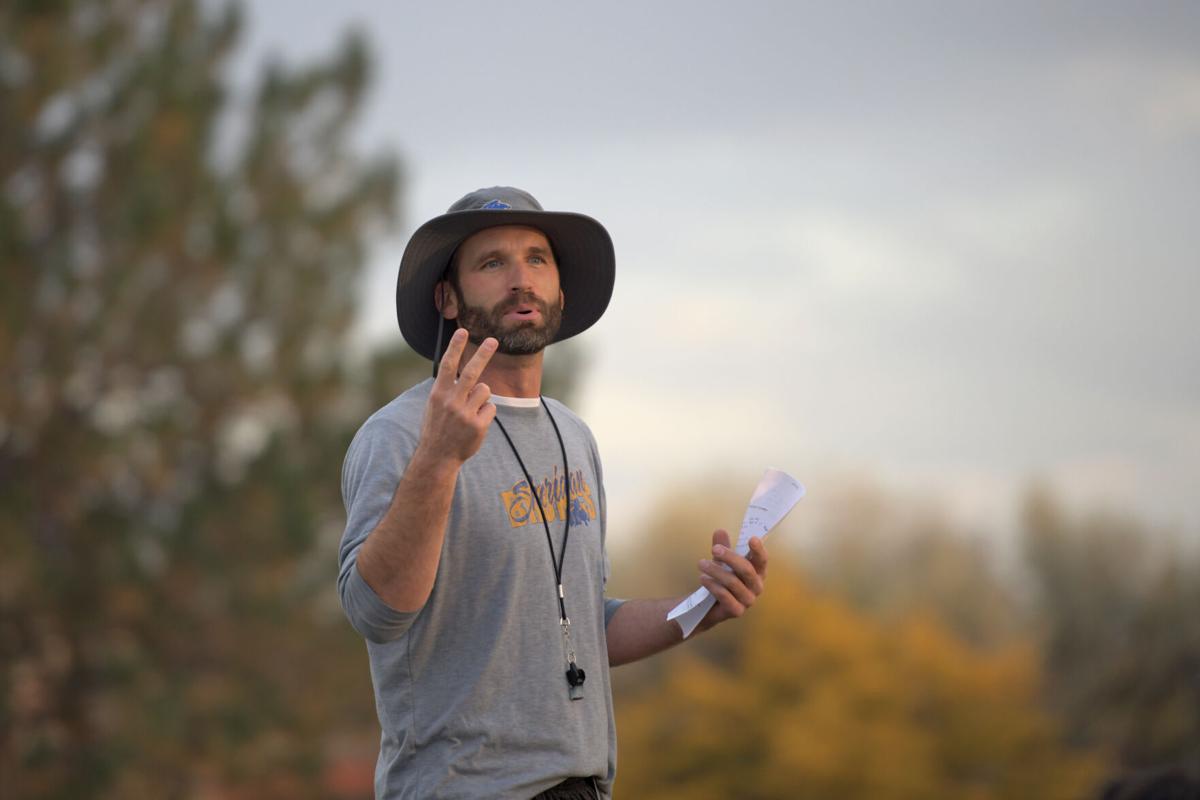 Sheridan senior Carter McComb (8) runs for a first down during play against Natrona County Friday, Oct. 1, 2021.

Senior quarterback Carl Askins rolls to his right and looks for an open receiver during practice Thursday, Oct. 7, 2021, at Sheridan High School.

SHERIDAN — Carter McComb smiled his way to the end zone.

On Sept. 20, 2019, the sophomore McComb took a reverse handoff on a kick return and saw an opening. He hit it, avoided the opposing Thunder Basin kicker and beamed the last 50 yards of a 99-yard touchdown. It was the first score of his high school varsity career.

Now, more than two years later, McComb and his fellow seniors will play their final regular-season home game as Sheridan Broncs Friday. McComb doesn’t know where the time between his first touchdown and now went.

“It feels like I was a sophomore yesterday,” McComb said.

He has noticed some changes since 2019. He’s bigger, faster, stronger. He evolved from nervous sophomore to veteran leader. And his touchdown celebrations have cooled to more “been there, done that.”

“It’s more relaxed now,” he said. “I kind of just score, hand the ball to the refs and jog off to the sideline.”

Before his first varsity game, the Broncs’ 2019 season-opener against Rock Springs, Greer felt like he was going to throw up.

“All I did was special teams,” he said. “I didn’t even have that big of a role. But running out onto that field, I will never forget it.”

Now, he relishes the pregame walk between the Sheridan High School building and Homer Scott Field. He has only a couple left.

As the current No. 2 seed, the Broncs are slated to play at least one home playoff game as long as they take care of business the next few weeks. It starts with a 7 p.m. kickoff against Kelly Walsh Friday. The Trojans hold a 3-3 record while the Broncs enter 5-1.

Sheridan will deal with a lot of noise surrounding the matchup. It’s homecoming week and Military Appreciation Night. Before the game, the senior Broncs will run out of a tunnel formed by the sophomores and juniors, and they’ll greet their parents at midfield for a short ceremony. The program will host a firework show at halftime.

But Sheridan’s coaches chose “process” as the team’s word of the week. After the Broncs’ big win over Rock Springs three weeks ago, they lost their next game to Cheyenne East. They grabbed another dominant victory against Natrona County last week and don’t want to experience the same next-game slippage.

Maybe as good as scoring your first touchdown.