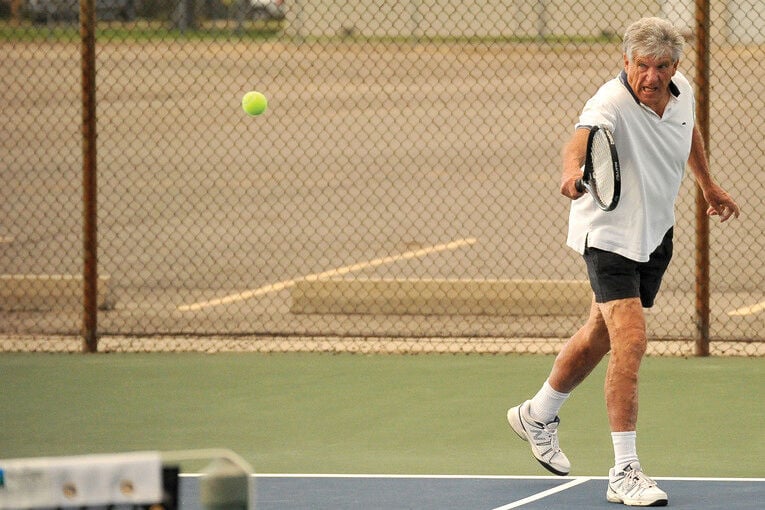 Bill Brooks, pictured playing tennis in 2014, passed away last June. Now, some of his friends are organizing a tennis tournament in his honor. 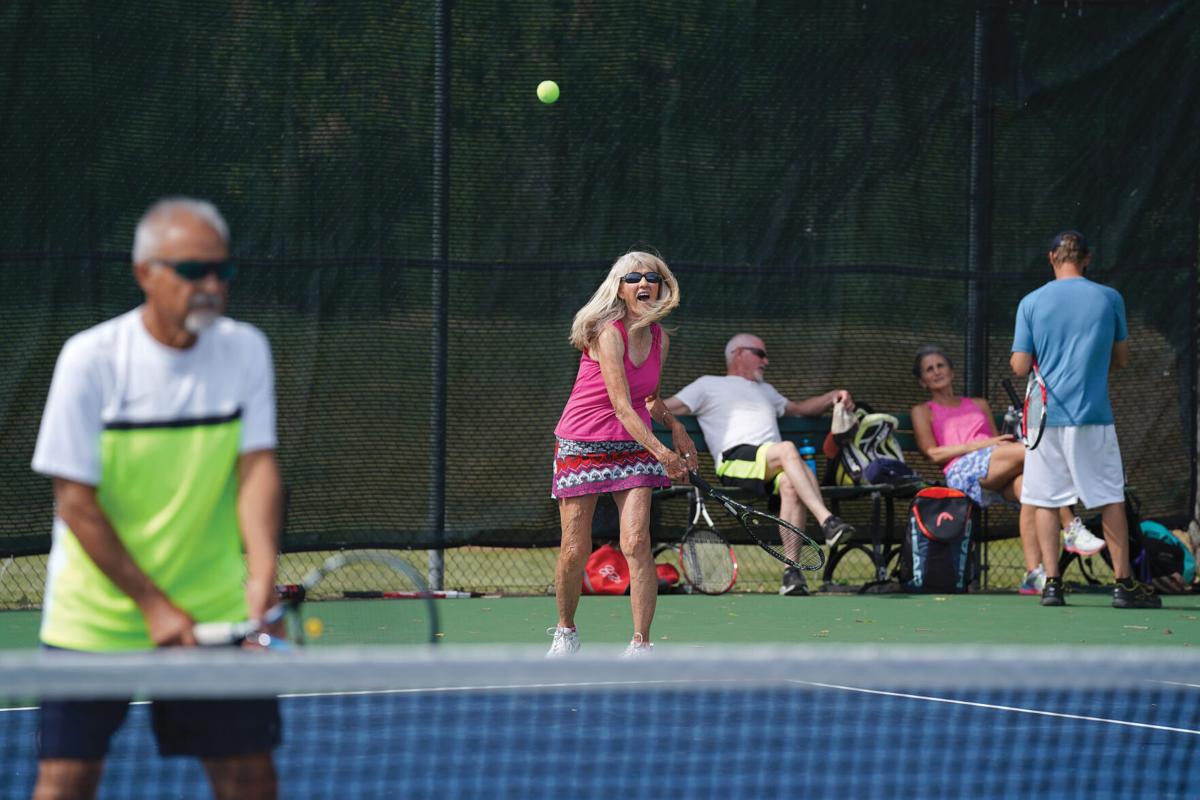 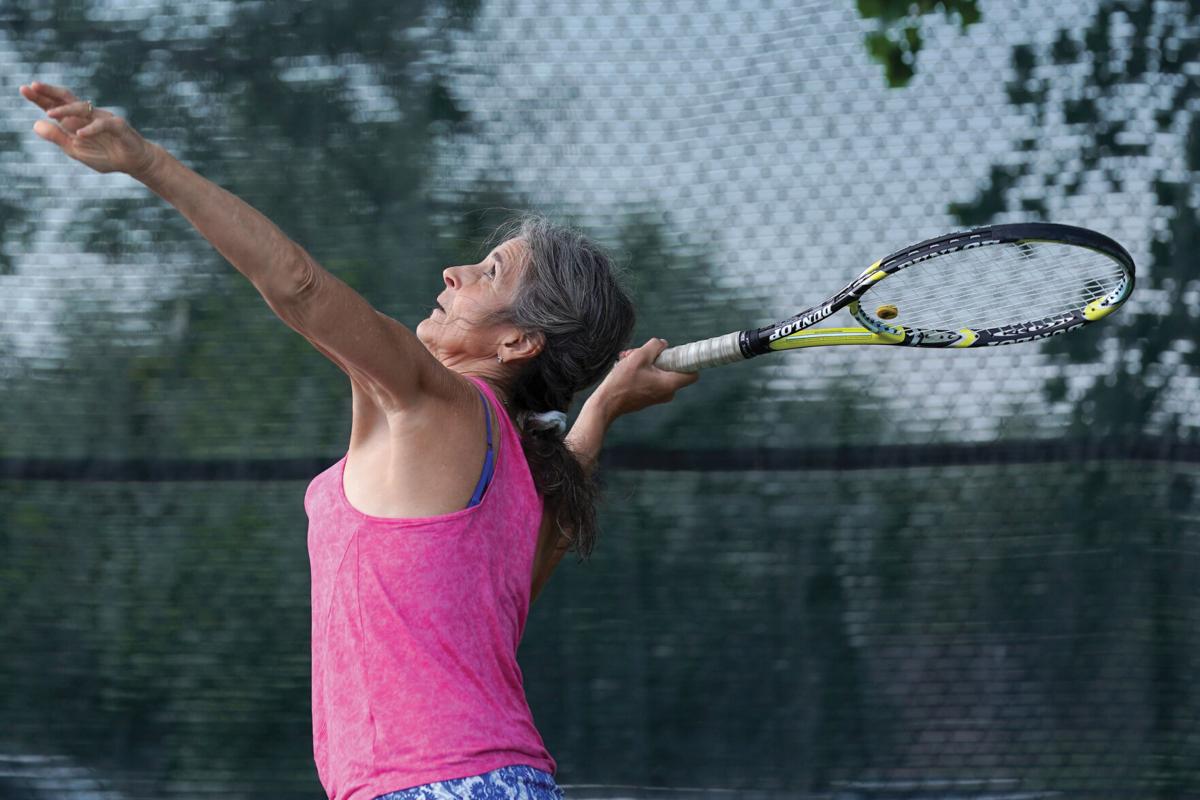 Delece Faurot serves during a doubles match at Thorne-Rider Park Wednesday, June 23, 2021. Faurot is part of a small group organizing the Bill Brooks Memorial Tennis Tournament for later this month. 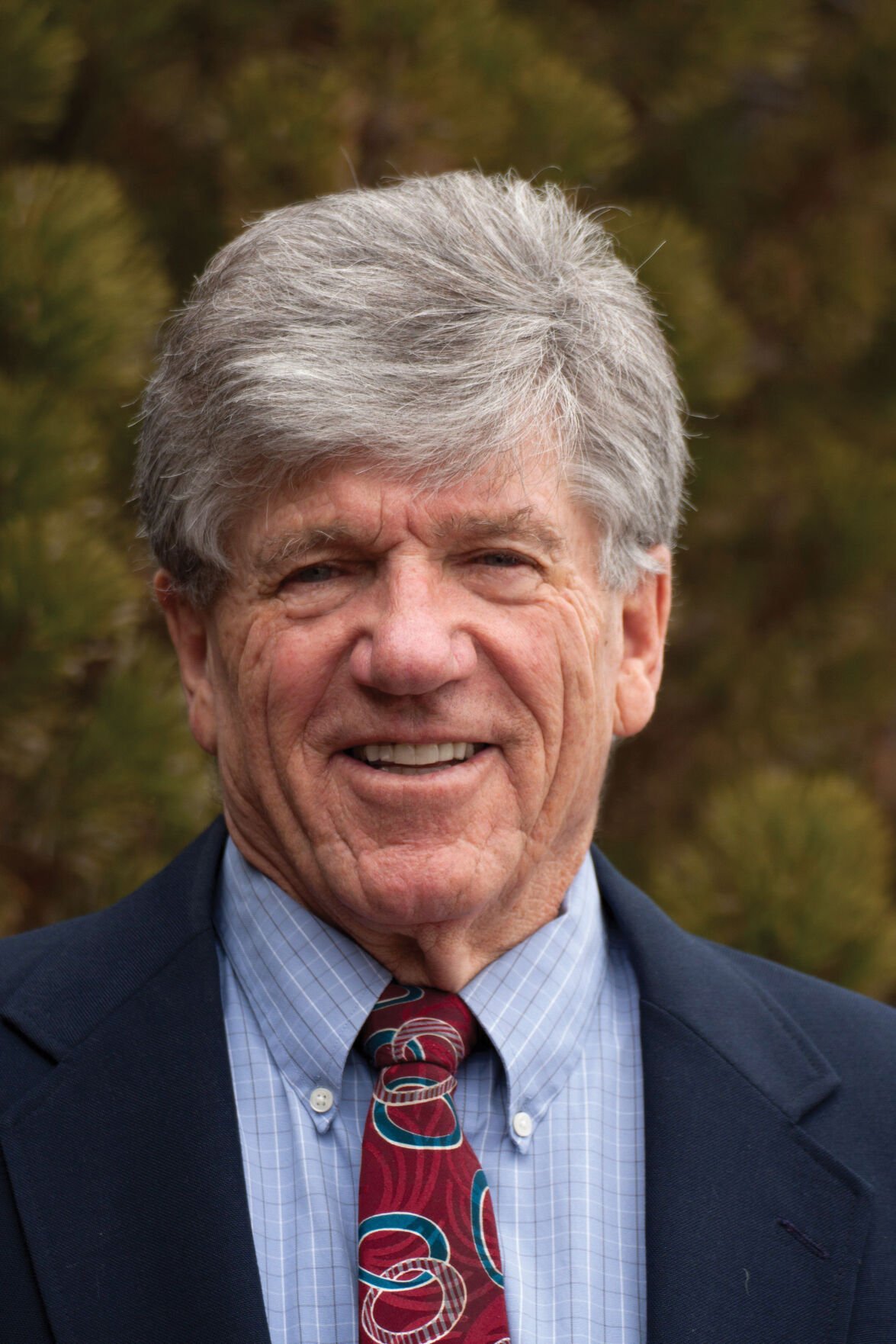 Bill Brooks, an avid tennis player, passed away in June. Now, some of his friends are organizing a memorial tennis tournament in his honor.

Bill Brooks, pictured playing tennis in 2014, passed away last June. Now, some of his friends are organizing a tennis tournament in his honor.

Delece Faurot serves during a doubles match at Thorne-Rider Park Wednesday, June 23, 2021. Faurot is part of a small group organizing the Bill Brooks Memorial Tennis Tournament for later this month.

SHERIDAN — Bill Brooks had these tennis sayings that everyone he played with won’t soon forget.

When he double faulted, he yelled, “Not now, Alice!”

And when players spun their rackets before matches to see who would serve first, he asked “Montucky or Wyoming?” He had a Wilson-brand racket with a logo that resembled an “M” or “W'' depending on which way it was turned.

Brooks used plenty more Bill-isms, and on Oct. 16 and 17, the Sheridan community will have the opportunity to remember them all. The Bill Brooks Memorial Tennis Tournament will take place that Saturday and Sunday at the Sheridan High School tennis courts, and the event will feature a board where people can write down their favorite Bill-isms.

“He was a big influence in the tennis community,” said Bob Faurot, who is part of a small group organizing the tournament. “He played all the time.”

Brooks died unexpectedly of a heart attack in June. He was 80. He had played tennis and gone to dinner with Bob and Delece Faurot and others just hours before his death. At Brooks’ wishes, he did not have a public funeral service.

“A bunch of his friends are just feeling like we need something — a little more closure,” Bob Faurot said. “This (tournament) is one way to do that.”

The entrance fees are $20 for singles players and $15 per doubles player. All proceeds will go to the Sheridan High School tennis team and the Sheridan Community Tennis Association, and there will be monetary prizes for the first- and second-place finishers ($50 and $35) and the consolation winner ($20).

Sign-ups are due Monday to Faurot at 216 N. Jefferson St., faurotb@hotmail.com or 307-751-5819. He estimates 40-50 people have already registered. Donations and non-playing guests are welcome, too.

Brooks and his wife, Lorna, played tennis most days of the week, said Faurot and friend Rich Cole, both of whom often joined in.

“We just had a lot of fun,” Cole said. “When I turned 70, I got a little discouraged because I was thinking my athletic years were limited, and then I’d get on the court with Bill … He was 10 (or so) years older than I was and would run around like deer on the court. It was encouraging to me that I could keep going.”

Outside of tennis, Brooks stayed active in his church and with work. He was a pharmacist and a realtor.

“He was very outgoing,” Faurot said. “He showed his religion and belief in God in the way he treated people. He treated everybody as if you were his friend — strangers and all — and was willing to go out of his way to do anything for you.”

“I don’t know that there’s been anyone I’ve respected more than Bill,” Cole said.

Delece Faurot, who is doing much of the organizing, said Brooks’ friends are hoping to make the tournament an annual event. They’re all looking forward to one big aspect.

“Just getting together with all the people,” Bob Faurot said, “and reminiscing about Bill.”