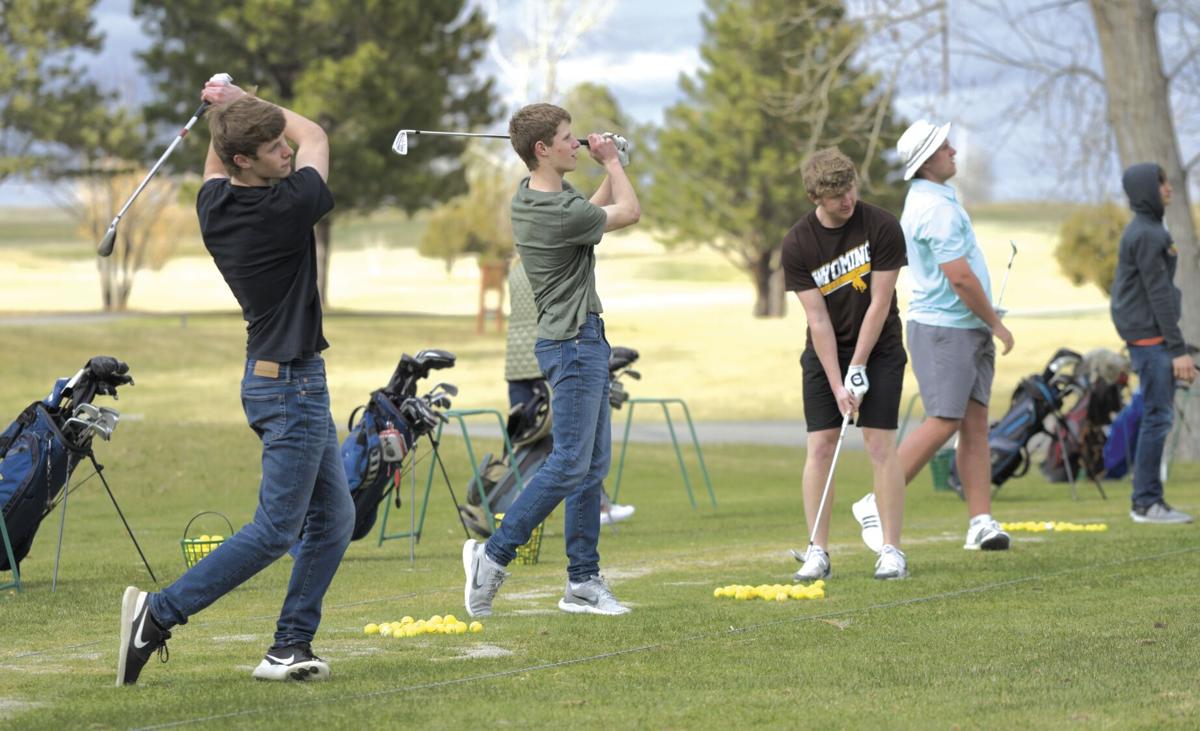 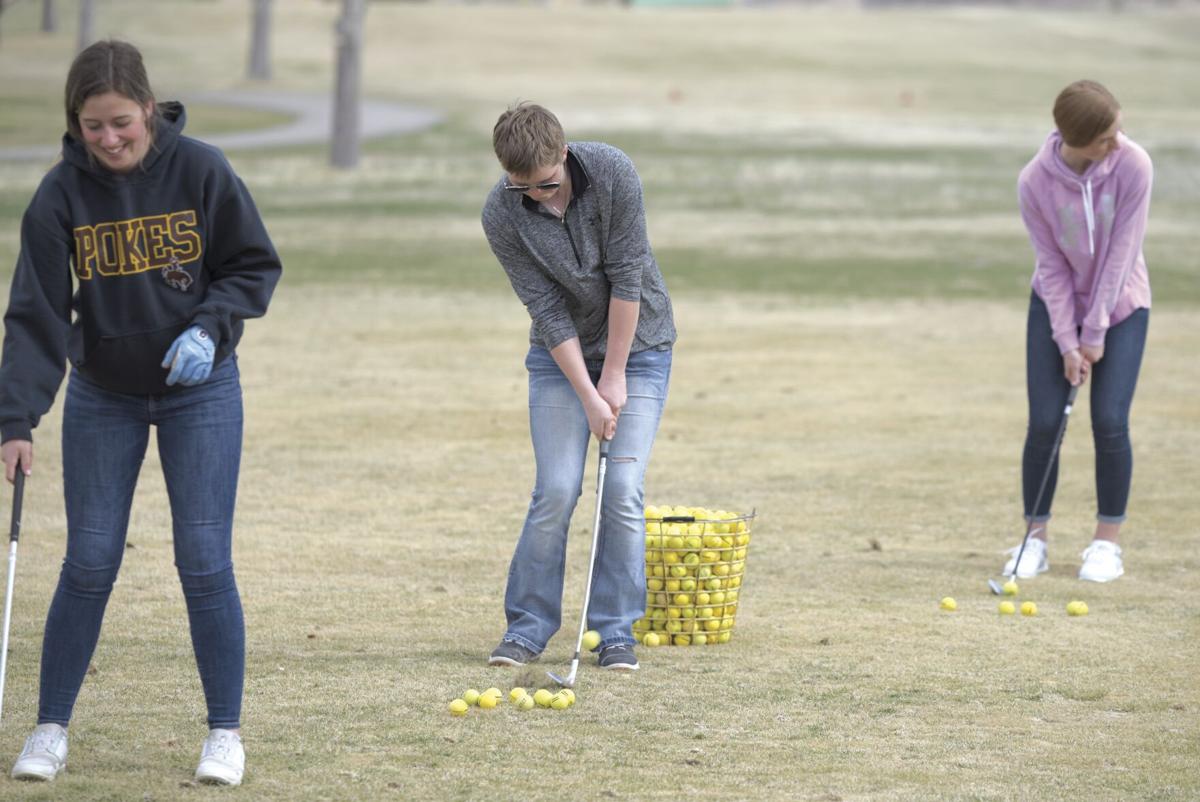 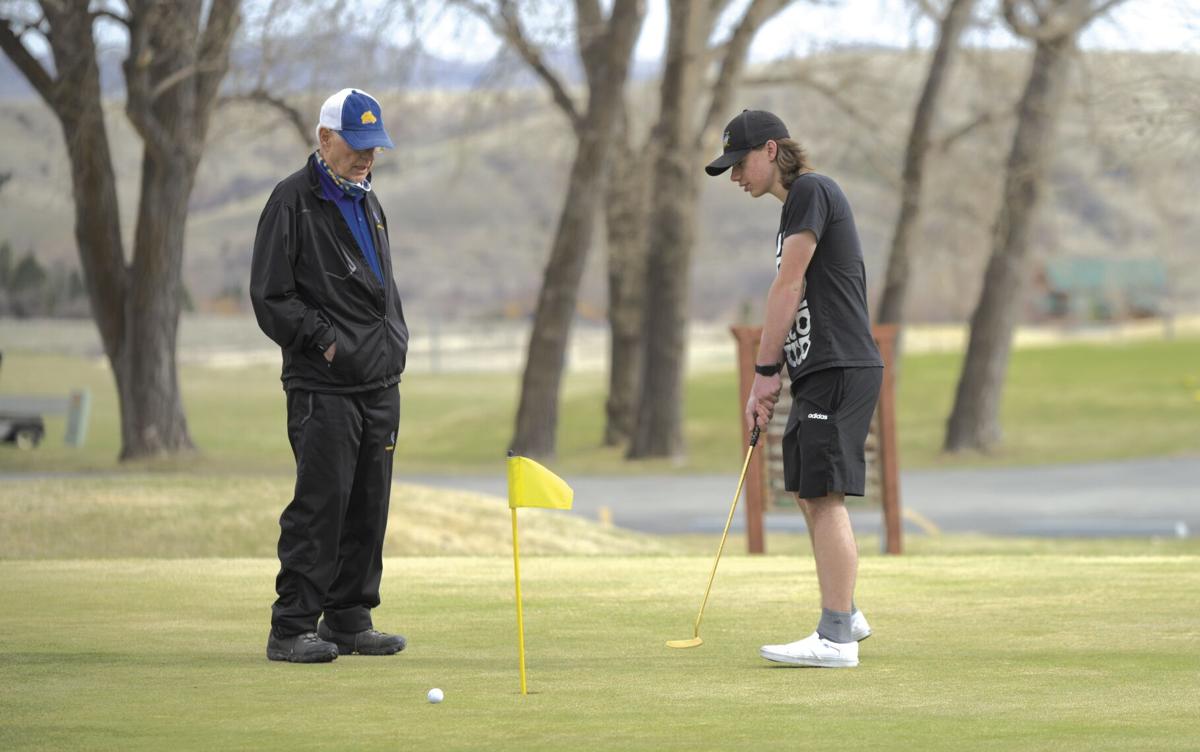 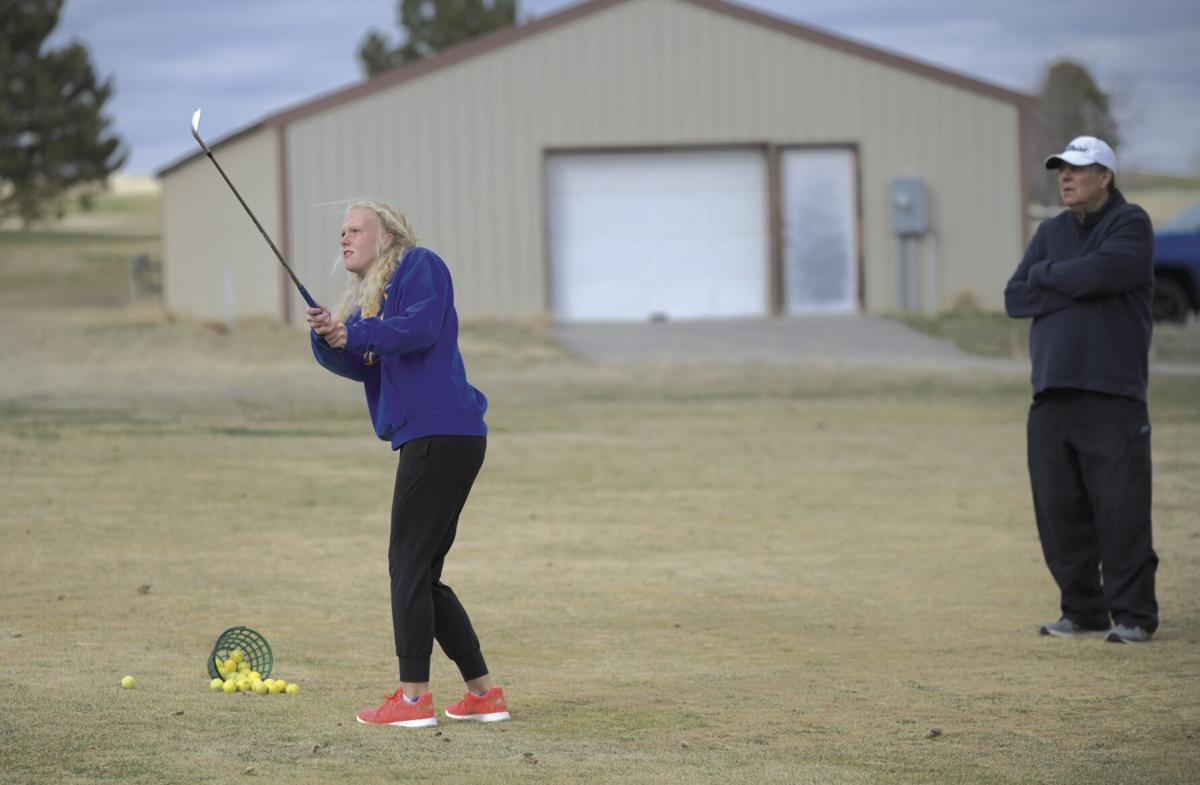 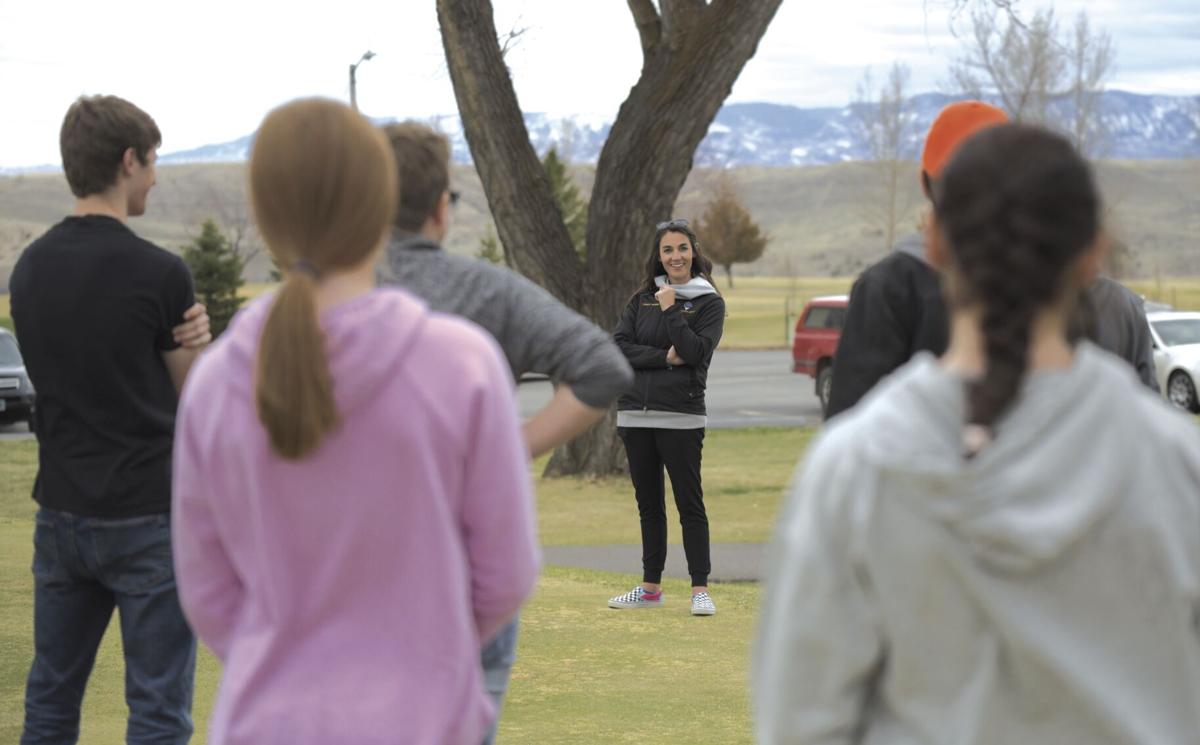 SHERIDAN — Sheridan High School head golf coach Kaelee Saner addressed her spring golf Broncs and Lady Broncs at Kendrick Municipal Golf Course Monday before the first official practice of the season. Across the county, her Big Horn and Tongue River counterparts echoed what Saner told her team about the purpose of spring golf, a season that culminates in a conference championship rather than a state championship, allowing for more dramatic changes to technique.

Close to 20 Sheridan athletes had just finished putting for 15 minutes to warm up, bemoaning their rustiness as many golf balls skittered past the holes. Junior and All-State finisher Izzy Laird said the “feel” of putting is the hardest to regain after a winter without golf.

Sheridan’s team broke off into groups to practice putting, chipping or driving, with the girls group working on chipping first. Though an assistant coach watched and offered advice to the golfers, Laird and freshman Gabi Wright pointed out competition between teammates, as well as peer feedback adds value to the spring golf practices — something they missed last year.

The coronavirus forced the cancellation of last spring’s golf season, and many county athletes played golf as a socially-distanced activity throughout the summer but didn’t play with others regularly until the fall season. Spring golf with the high school teams builds a golfer’s momentum under the tutelage of their coaches and peers that carries into the summer then fall season.

Big Horn head coach Lamont Clabaugh highlighted the increased willingness athletes have to change their swing and approach in the spring without the state tournament looming like it does in the fall. Besides technical improvements, the unpredictability of Wyoming’s weather prepares golfers for any future conditions they could encounter.

The Rams finished sixth at the 2A State Championship tournament in the fall, while the Lady Rams placed second. Big Horn’s cross-county opponents, the Tongue River Eagles and Lady Eagles, both finished in fourth place at the state tournament.

Lamont and Tongue River’s head coach Robert Griffin also noted how the spring season gives senior golfers the chance to conclude their high school careers with the possibility of winning a conference championship while solidifying their legacy. Griffin shared Saner and Lamont’s thoughts on the spring season being the time for technical improvement, but he said he hopes to see his seniors play their best Eagles golf.

“Having integrity, that’s a big thing,” Griffin said. “And being in it for each other. We try to take our senior leaders and put them in groups where they have a function they’ll oversee, that then carries on that leadership to the next level.”

Sheridan senior Brayden James, part of the Broncs’ state championship team that completed an 11-point comeback to win the title by 18 points, said spring golf is especially exciting after a fall championship. James looks forward to his final golf season with one of his favorite groups of people that played with joy to win the fall title.

After Saner encouraged her athletes to prepare for adverse weather conditions throughout the season and her assistant coaches reminded the Broncs and Lady Broncs spring golf practice isn't for socializing but improvement, Saner made sure to emphasize the importance of every athletes’ commitment to the game and program.

Sheridan will open its season with a tournament in Worland Friday, while Big Horn and Tongue River will play at the Powder Horn April 16.