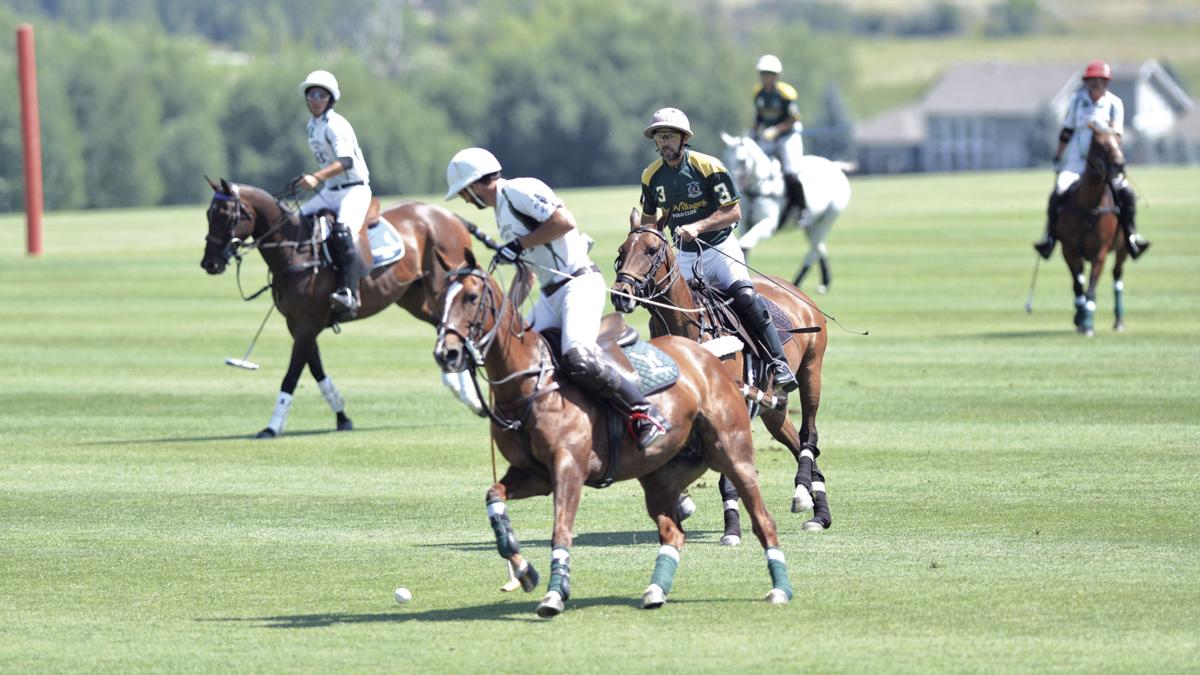 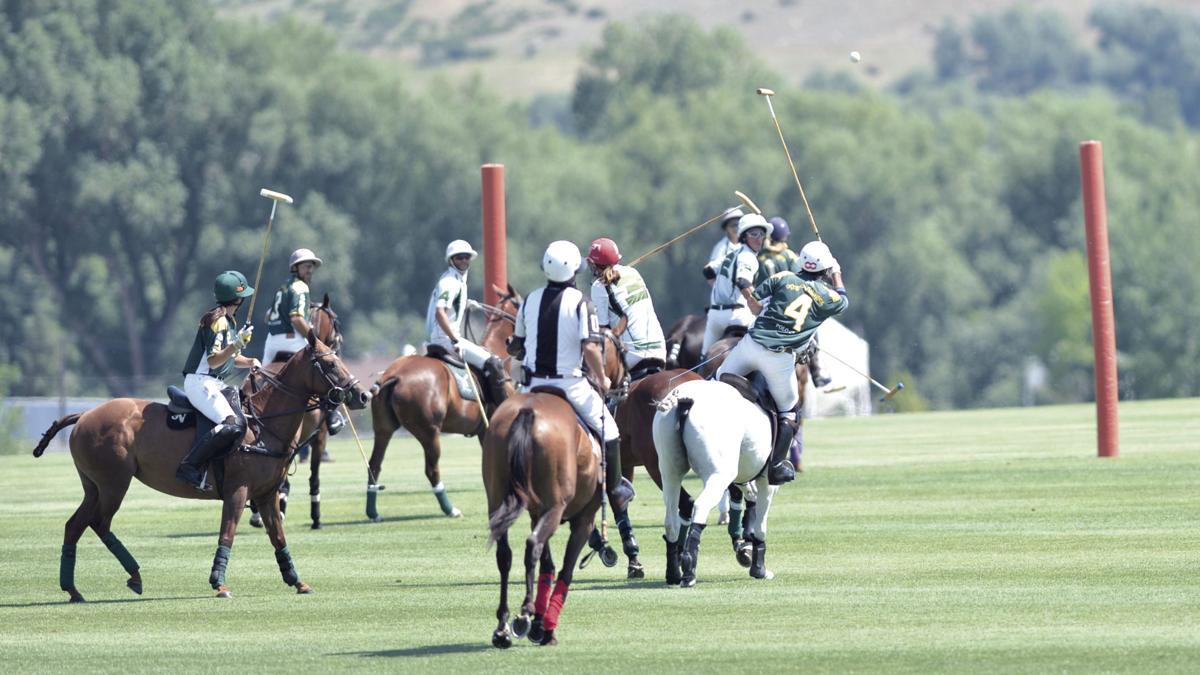 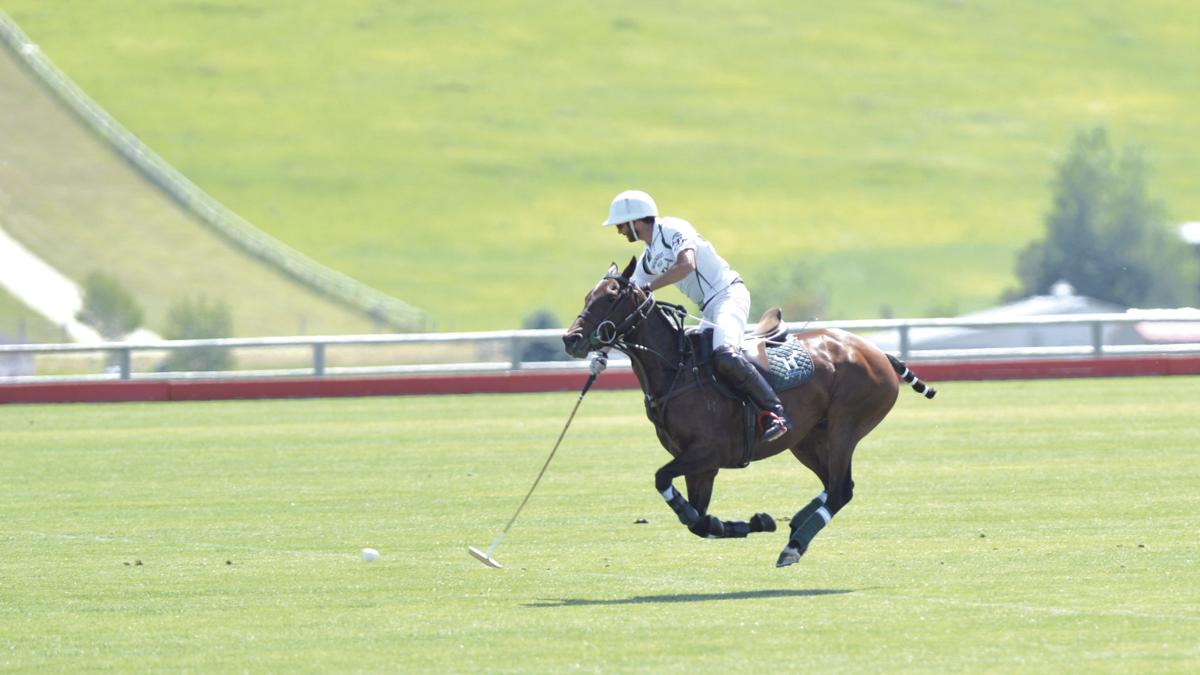 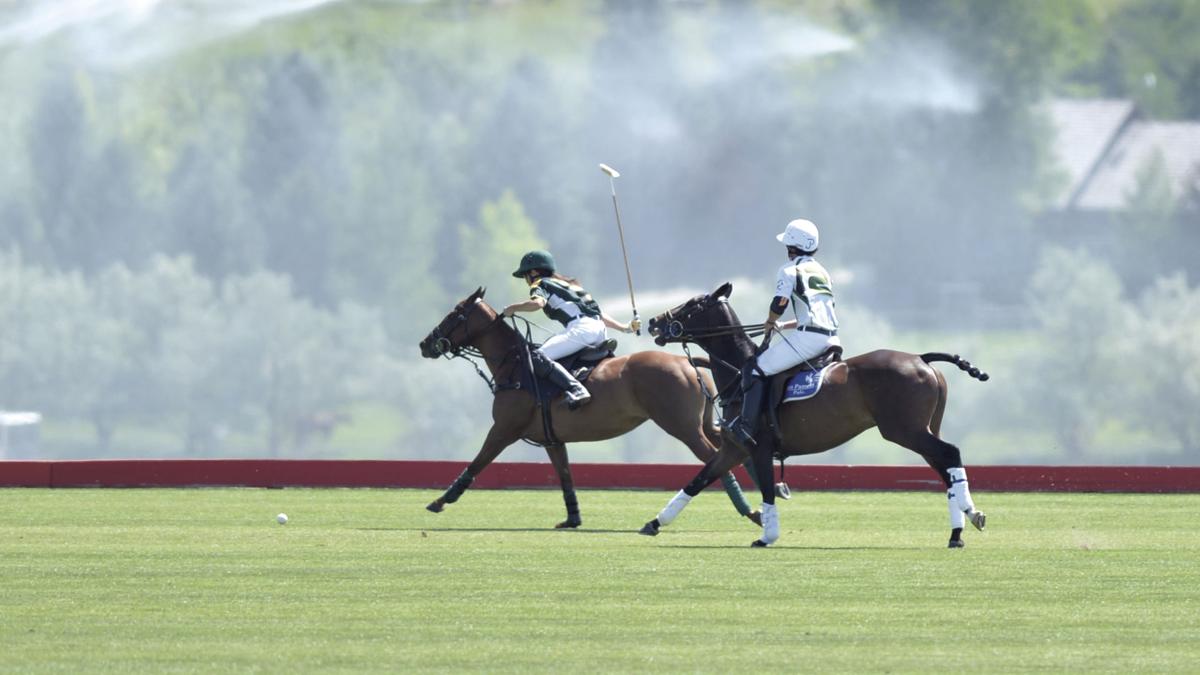 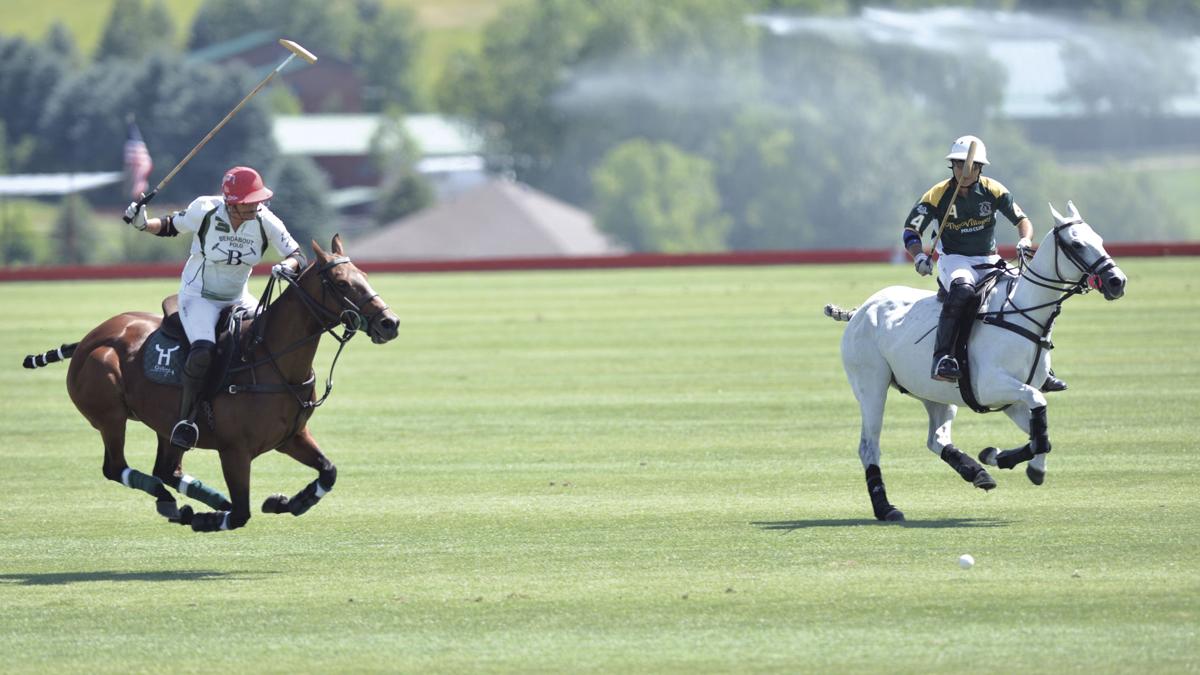 Playing in the Cloud Peak Cup tournament, Villages defeated Bendabout 11-9 in the 11 a.m. match, Jan Pamela beat Evergreen 8-7 in overtime in the 1 p.m. match and Cessna won the 3 p.m. match against Clearwater with a 10-9 score.

“We knew it was going to be difficult,” Juan “Pite” Ignacio Merlos of Villages said about the 11 a.m. match. “... It was very tough, very evenly matched teams — two ladies per side, all four players with a great attitude.”

Flying H’s season is structured so each week begins a new tournament running Thursday through Saturday. The club invites teams to come as pairs, instead of teams of four, to afford players the opportunity to compete with a variety of different riders throughout the season.

Merlos partnered with Fransisco Bilbao this week on the Villages team, and the two’s dynamic proved to be the deciding factor in the 11 a.m. game.

Because both teams were handicapped at 13 — the sum of the players’ individual handicaps and an indication of the teams’ collective abilities — the Villages’ players expected a close game.

True to expectations, the fast-paced play manifested itself in back-and-forth scoring through the first three chukkers. All eight players scored before halftime, and the scoreboard showed a 5-5 tie during the break.

“I think we were lucky to be tied up in halftime,” Merlos said. “You feel the game could be yours in one stage, but I didn’t feel it in the first three chukkers. I felt it in the end of the fourth chukker.”

Having played more aggressively in the first half to no clear advantage, Merlos and Bilbao adjusted their strategy in the second half. When the fourth chukker ended, Villages held an 8-7 lead over Bendabout and continued to capitalize on its newfound chemistry.

“For me, it’s a great pleasure to play with [Merlos] because I grew up looking up to him when I started to play polo,” Bilbao said. “It was great to be on the same field, sharing the team. It was very easy. He made it very easy for me. He played back, and that gave me the freedom to go forward.”

The freedom Merlos gave Bilbao proved to be the deciding factor in the game, as Bilbao scored twice in the fifth chukker to put Villages up 10-9. In the sixth, Bilbao added an insurance tally to bring his afternoon goal total to four and the final score to 11-9.

“I think the team went well and will work,” Merlos said. “We have a great chance to make it to the finals.”

Cessna’s Harry Caldwell scored in the sixth chukker in the 3 p.m. match to give his team a late 10-8 lead. Caldwell’s goal would be the game-winner, as Clearwater attempted a comeback but ultimately lost 10-9. Chip Campbell scored five of Cessna’s 10 goals.

Villages, Jan Pamela and Cessna will participate in a shootout Friday to decide the matchups for Saturday’s matches, which will begin at 1 p.m. and 3 p.m.