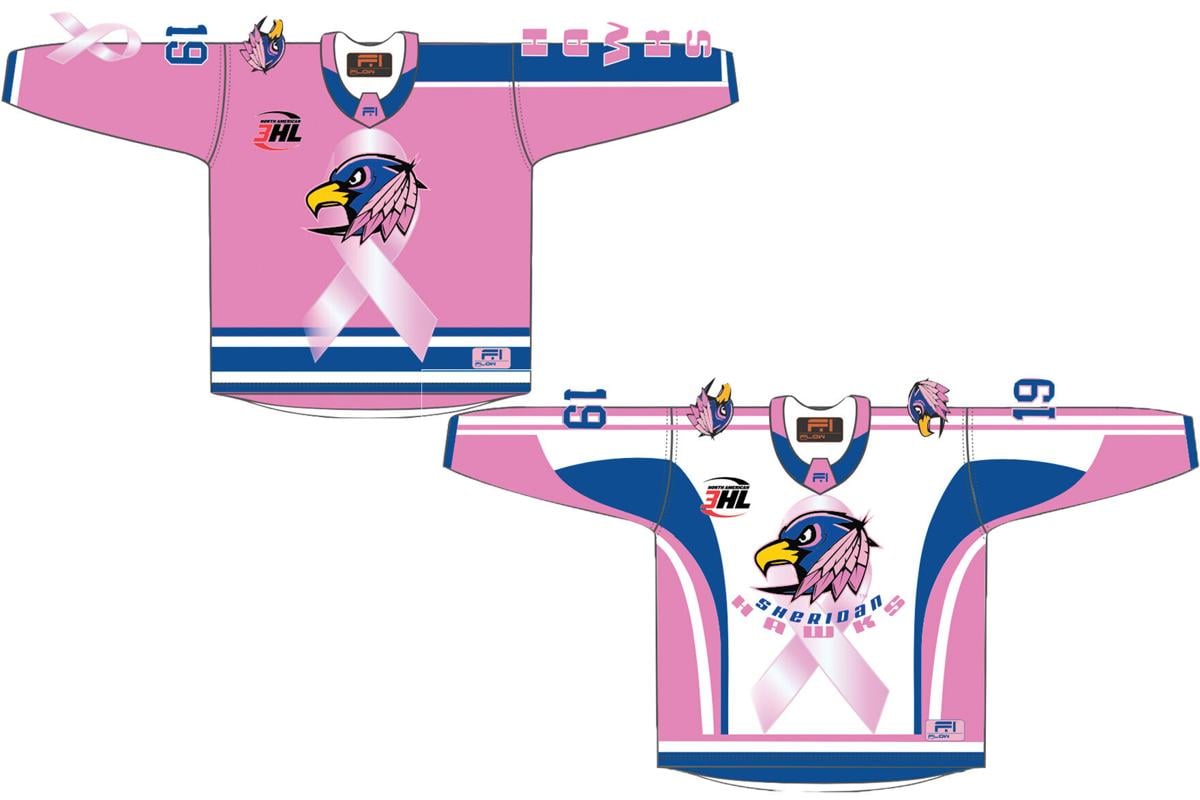 The Sheridan Hawks will wear special breast-cancer awareness jerseys for their two games against the Great Falls Americans this weekend. Besides head coach Andy Scheib and team president Brent Milner who helped design the sweaters, the team hasn't seen them yet. 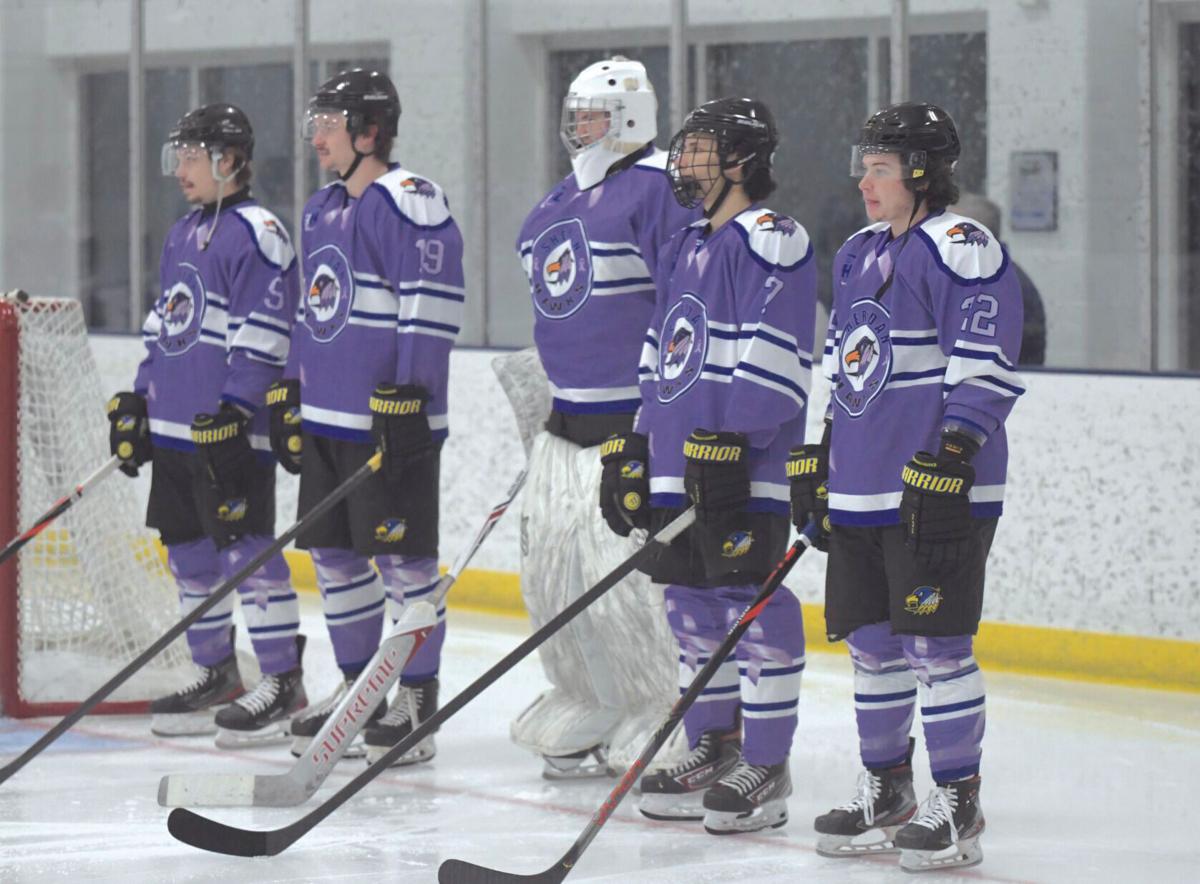 The Sheridan Hawks will wear special breast-cancer awareness jerseys for their two games against the Great Falls Americans this weekend. Besides head coach Andy Scheib and team president Brent Milner who helped design the sweaters, the team hasn't seen them yet.

SHERIDAN — Aaron Hicks and the rest of the NA3HL Sheridan Hawks haven’t seen their jerseys for this weekend yet.

Instead of the white uniforms they usually wear at home, the Hawks will be rocking pink sweaters for their Cancer Awareness weekend. This is the third year Sheridan has hosted the weekend, and this year includes a new breast-cancer awareness uniform design — one Hicks guesses he will like when he sees it hanging in his locker Friday night.

“I’m pretty excited,” Hicks said. “I know our ones from last year were pretty cool.”

All of Sheridan’s game-worn jerseys from this weekend will be up for online auction starting at 9 a.m. Thursday and ending at 8 p.m. Oct. 24. The proceeds will be donated to the Welsh Cancer Center at Sheridan Memorial Hospital. There will not be any more for sale after the game-worn ones are sold.

The Hawks typically wear three specialty jerseys during the season — for military appreciation, the WYO Winter Rodeo and cancer awareness. They also have donned a St. Patrick’s Day edition.

“These have a little bit more meaning behind them for obvious reasons,” Hicks said. “But I think they’re going to look pretty cool, and they’re definitely one of my favorites.”

Hicks and Co. partially have their head coach, Andy Scheib, and club president, Brent Milner, to thank for the unique look.

Starting in the offseason, Scheib and Milner brainstormed ideas and worked with Flow Hockey, a company out of Bloomington, Minnesota, to produce them. After Scheib and Milner told Flow what they were thinking, the company returned with some uniform mockups, and the Hawks’ brass picked its favorite.

“We want to raise as much money as we possibly can.”

Hicks said he likes getting to change the uniform shirts up. He and his teammates circle games like these on the calendar.

“Our normal jerseys are pretty cool-looking, but any time you can switch it up, it makes it a little more exciting,” Hicks said. “It’s a fun thing to look forward to throughout the season.”

Sheridan plays the Great Falls Americans Friday and Saturday at the Whitney Rink in the M&M’s Center. Both games are scheduled to commence at 7:30 p.m.

The Hawks will recognize what they see in Great Falls, the first team they’ll line up against for a second series this season. In their first weekend matchup two weeks ago, the Americans claimed both contests by 4-2 scores.

“For us, I felt like we were doing everything right and working hard,” Hicks said. “We were sticking with the things our coach wanted us to do. The pucks, they kind of just weren’t bouncing our way … We weren’t happy with our results, so we’re going to work harder.”

But this weekend, the Hawks literally will look a little different. They’ll be sporting their pink.

“I’m hoping there will be a lot of fans there,” Hicks said.