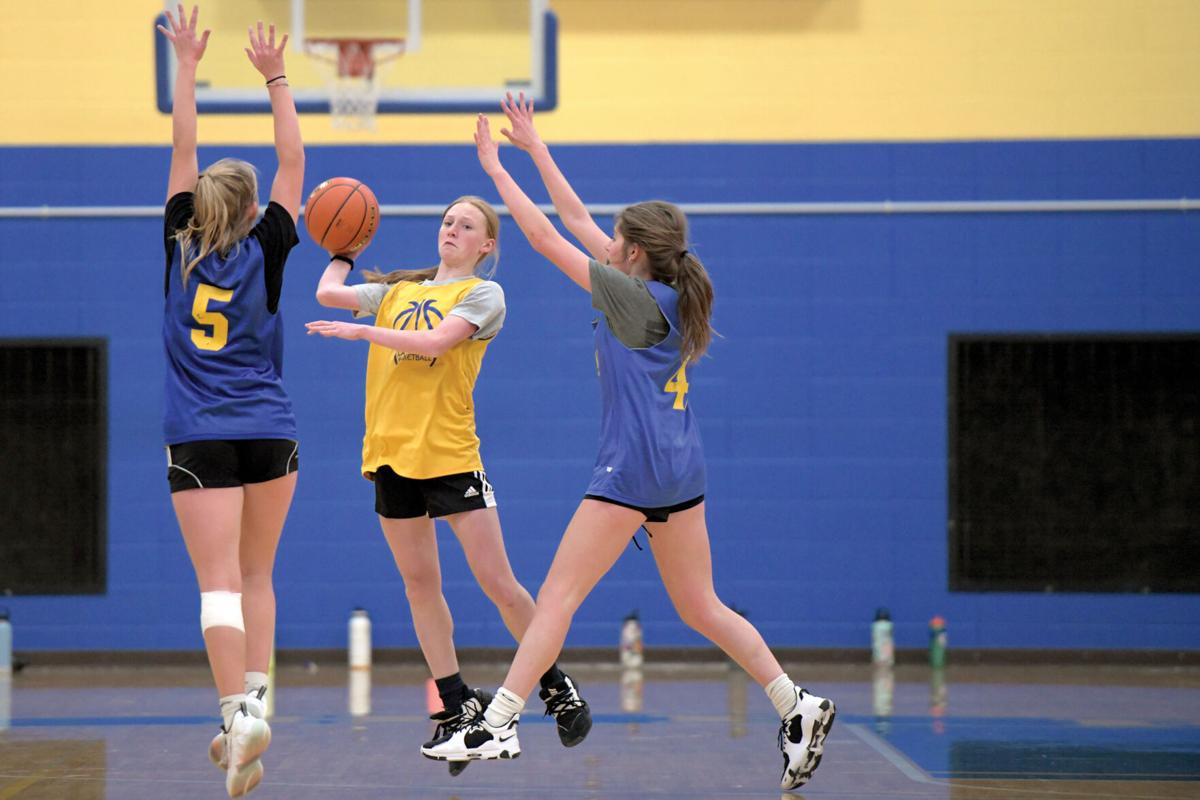 Sheridan's Addie Pendergast launches a long pass to beat the press defense during practice Dec. 7, 2021, at Sheridan High School. The Lady Broncs will travel to Buffalo Thursday and play at Natrona County Friday. 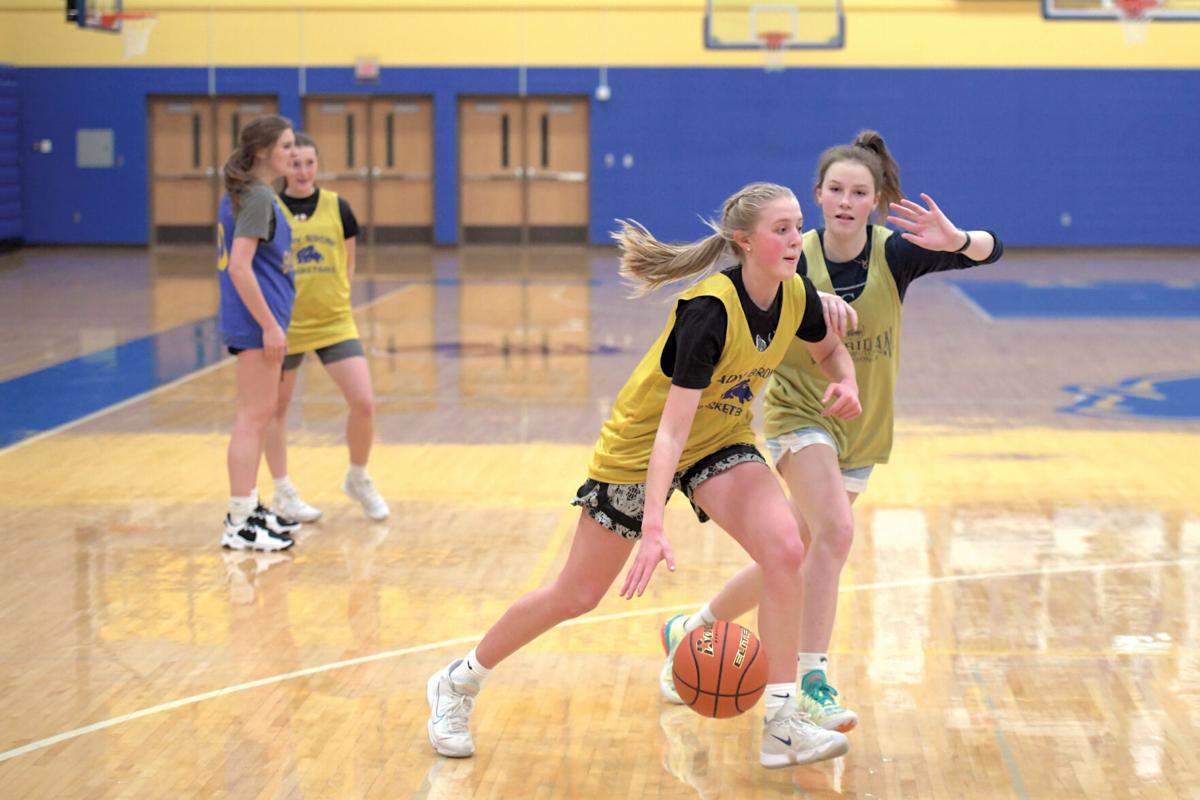 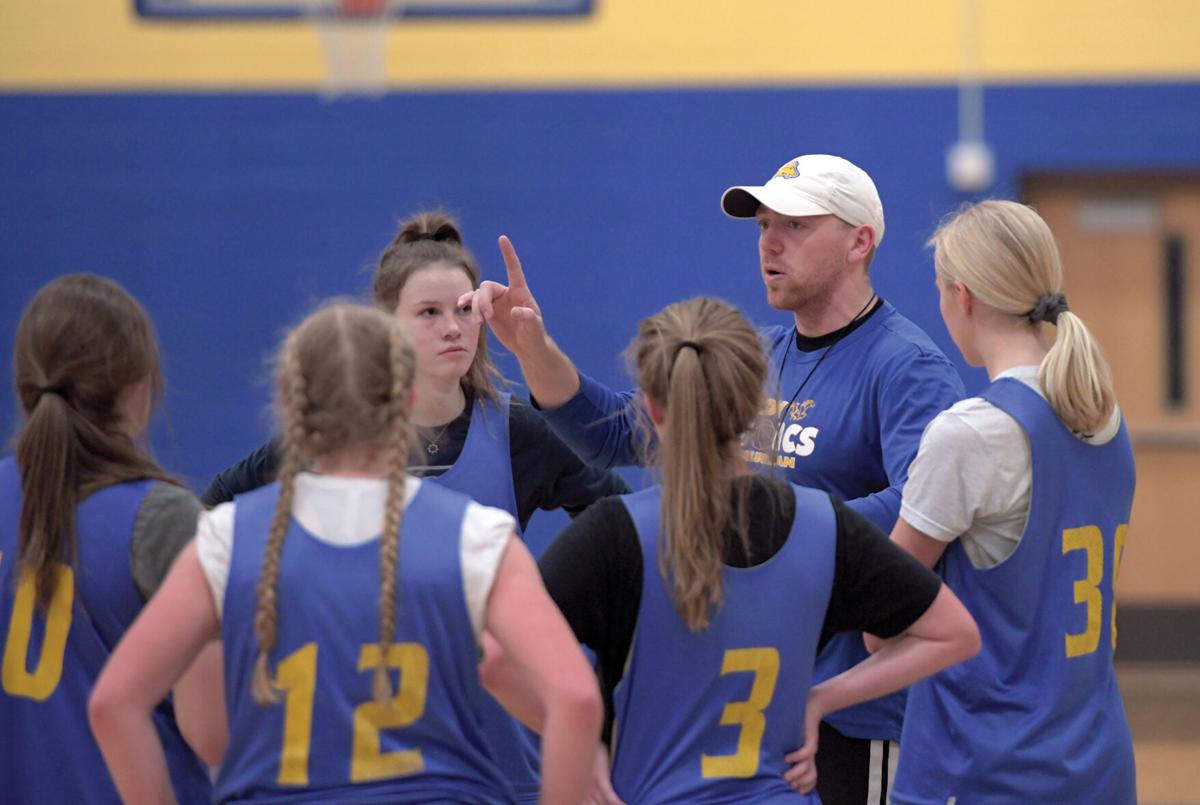 Sheridan head coach Ryan Sullivan gives instructions for a drill during practice Dec. 7, 2021, at Sheridan High School. The Lady Broncs have practiced only twice this week because of a heavier-than-usual dose of games. 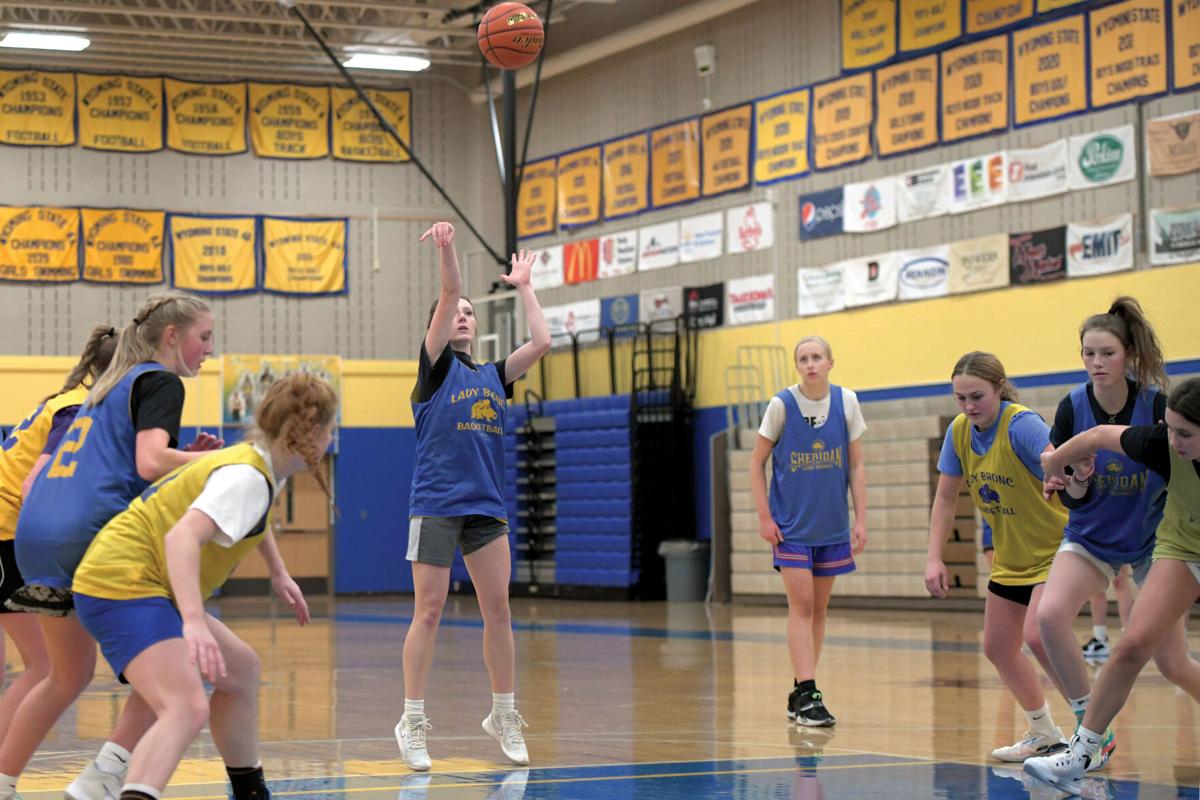 Sheridan's Addie Pendergast launches a long pass to beat the press defense during practice Dec. 7, 2021, at Sheridan High School. The Lady Broncs will travel to Buffalo Thursday and play at Natrona County Friday.

Sheridan head coach Ryan Sullivan gives instructions for a drill during practice Dec. 7, 2021, at Sheridan High School. The Lady Broncs have practiced only twice this week because of a heavier-than-usual dose of games.

SHERIDAN — Ryan Sullivan let his Sheridan Lady Broncs out of practice half an hour early Wednesday evening. He joked about why.

“Because we play 97 games this week,” he said, deadpan.

While an exaggeration, the Lady Broncs sit four games and six days into their six-games-in-eight-days stretch.

And because he’s seen them in game action — something that happened only three times before winter break —  Sullivan said he feels like he knows what this team is capable of for the first time this season.

Sheridan lost close games to Douglas and Rock Springs before knocking off Natrona County to wrap up a tournament last weekend in Cheyenne. Tuesday, it fell 58-41 at Cody, battling until the Fillies broke away in the fourth quarter.

“It’s been kind of a tiring week,” junior Sydni Bilyeu said. “It’s just hard to stay mentally prepared and focused for the upcoming week. It’s a lot of games.”

Because of the quick turnarounds, Sheridan hasn’t had much time to dissect and fix what went wrong in games. With only two practices (Monday and Wednesday), it hasn’t possessed much time to prepare for upcoming opponents, either.

That factored into Tuesday’s loss to Cody when the Fillies threw a 2-1-2 zone at the Lady Broncs with great success. They had not faced much of that defense this year.

“We’ve been kind of light on them,” Sullivan said of practice this week. “We’ve walked through some things we need to clean up. There’s more time we need to invest in stuff … It’s early, and it’s OK to make some things ugly right now and clean them up later in the year.”

Sullivan has centered on the good.

Second, execution and parity within their new offensive system. Their assist numbers have increased from last year. They possess more weapons, too.

The next step? He wants them to be more aggressive as they grow more comfortable in the system.

“I think our new offense suits our personnel better, and I think we’re getting used to it,” Bilyeu said. “Right now, we’re getting some good looks out of it. I think the biggest hurdle is positioning, when to cut, just making reads off it.”

Lastly, Sullivan is pleased with his team’s resolve and fight.

Two more games in two more days. After Friday, the Lady Broncs receive six days off from games. They can enhance the good and refine the bad then.

And after spending their first nine contests on the road, they will finally step off the bus and host some home games.

“We get to go to Cheyenne two more times this year, though, so we can’t be tired of the bus yet,” Sullivan said.

That’s not an exaggeration. It just won’t be as hectic next time.