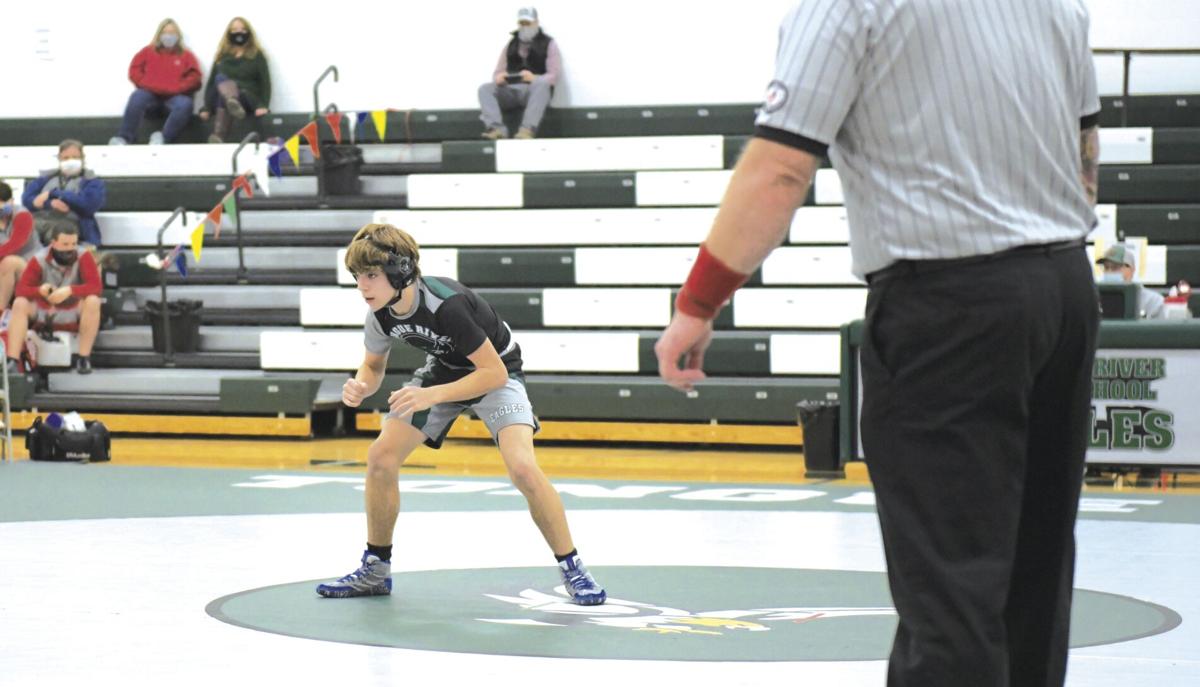 • “We played pretty well as a team,” coach Jeff Martini said. “It was a long slow trip down south in the snow but our team came out ready to go and played hard.”

Next game: Play at Laramie at 1 p.m. Saturday.

• “The girls competed well, we got great minutes out of Ellie tonight, and we had some girls step up in big ways. We are close to getting the result we feel we’ve earned,” coach Ryan Sullivan said.

• “Despite a slow start in the first half, we really played well as a team in the final half. Moorcroft was ahead of us in the league standings, so a 32-point win at their place is a great showing for us,” coach Cody Ball said. “James Richards shut down one of the best scorers in 2A; Cade Butler hit some big shots for us and ended with 21 points, Garrett Custis scored 11 points all in the third quarter, and Carson Bates was steady and efficient all game — and was probably the one that was ready to go from the beginning.”

• Carleigh Reish led the Lady Eagles with 18 points.
• “We came out aggressive from start to finish,” coach Amanda Cummins said. “No matter the line- up, everyone matched the intensity that we wanted. It was a great team win.”

Editor's note: Panthers and Lady Panthers games were canceled due to weather.