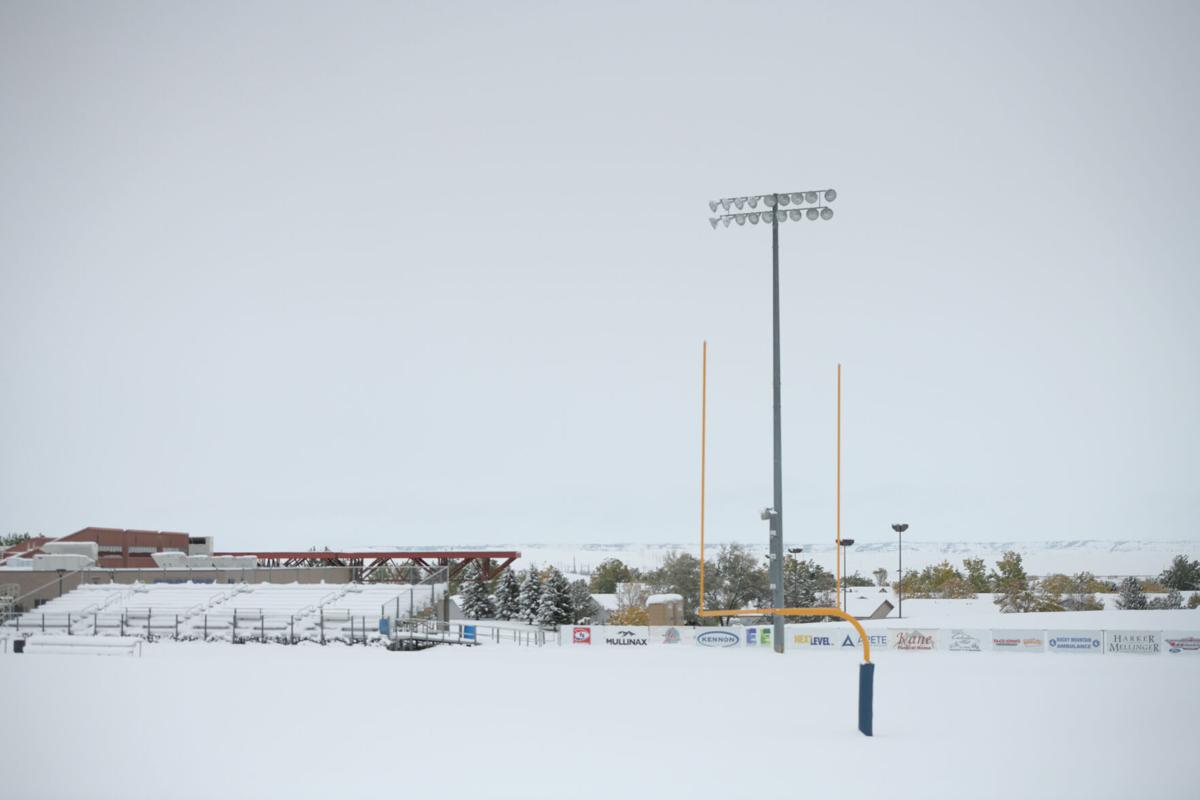 The 2021 Broncs football team had to move practice inside Tuesday because of the first snowfall of fall 2021 in the Sheridan area. 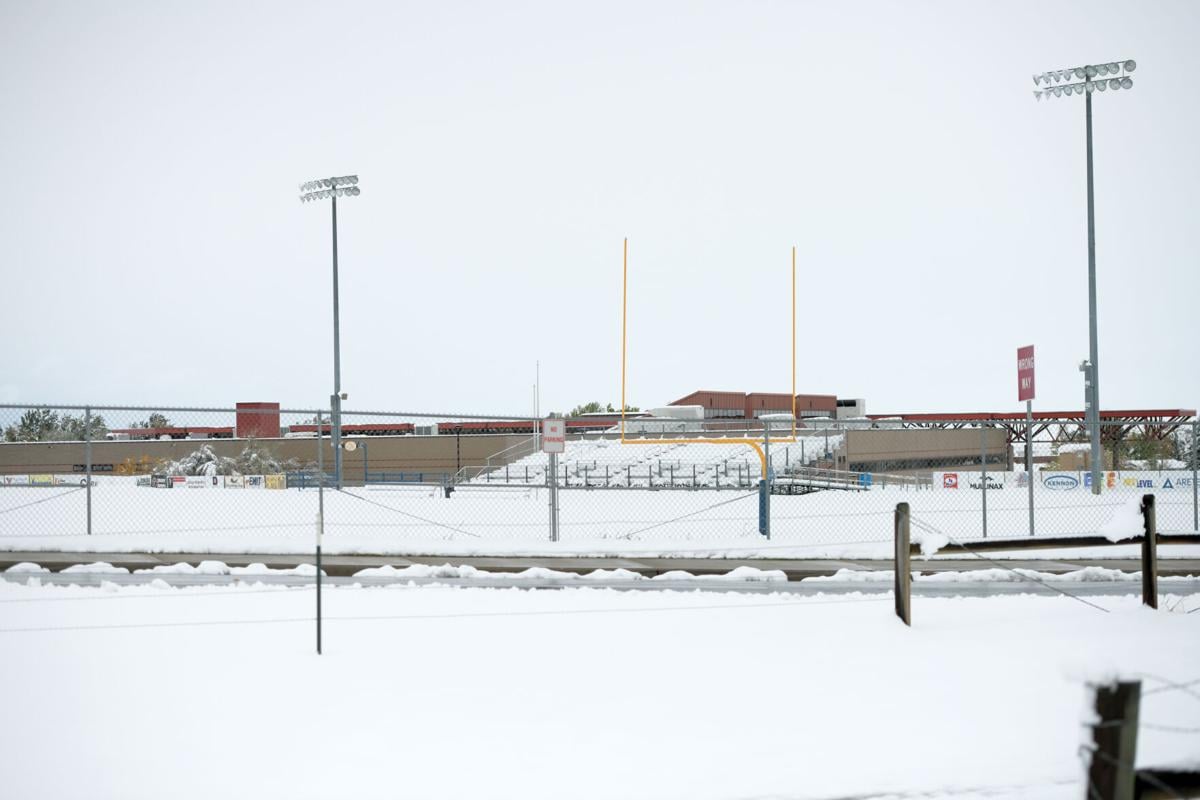 The Sheridan High School football field still shows signs of Tuesday’s storm Wednesday, Oct. 13, 2021. Some fall sports teams were forced to change practice locations from outdoors to indoors due to the snowstorm Tuesday.

The 2021 Broncs football team had to move practice inside Tuesday because of the first snowfall of fall 2021 in the Sheridan area.

The Sheridan High School football field still shows signs of Tuesday’s storm Wednesday, Oct. 13, 2021. Some fall sports teams were forced to change practice locations from outdoors to indoors due to the snowstorm Tuesday.

SHERIDAN — The Tongue River cross-country runners all woke up to the same two things Tuesday.

No. 1, a blanket of snow covering their yards. And No. 2, a 6 a.m. text from head coach Laine Parish telling them to bring their pants, hats and gloves. He planned for the team to run after school just like normal.

Despite heavy snowfall, the first of the fall 2021 season, the Eagles went about their business as usual, trying to stay on track for their regional meet in Hulett this weekend. They ran outside on Tongue River Canyon Road before doing some weightlifting and agility training inside. Parish said his team lost only about a mile or two of training during the storm.

The runners even threw some snowballs.

“The kids are troopers,” Parish said. “I didn’t hear anyone complaining. They were having fun.”

They weren’t the only ones.

The Tongue River football team also practiced outside and took a moment to body-sled down the snow-covered hill next to its practice field.

And with the exception of Arvada-Clearmont volleyball, which canceled practice due to Sheridan County School District 3 letting students out early, the indoor teams weren’t greatly affected.

“Doesn’t change much,” Sheridan swim coach Brent Moore said. “Sometimes, other after-school programs are canceled. We give grace for kids who live out of town who may need to miss (practice) to get home safely. Their travel safety comes first. But typically, if there’s school, there is practice.”

But some of the other outdoor teams weren’t as lucky as Tongue River cross-country or football.

Sheridan and Big Horn football both migrated inside for the day. The Broncs watched film and mentally prepared for their Friday game against Campbell County. The Rams did the same but also added some physical drills in the Big Horn Elementary School gym.

“I feel good about the prep,” Big Horn head coach Kirk McLaughlin said. “I just don’t feel good about the reps and getting the practice time in. We’ll see how the week turns out and see what we can actually get done in a gym. But with the extent of the storm, it’s like, how much time on the field are we actually going to have? That’s just kind of the big concern right now. How are we going to have to adjust to get in what we absolutely have to get in?”

McLaughlin warned his players Monday that they’d probably be inside Tuesday.

In the past, if temperatures were really low, the Rams split practice between inside and outside. But McLaughlin can remember only one other year, 2013, with a big October snowstorm during their season. He recalls that snow being similarly heavy to Tuesday — and thus hard to remove from the turf field without creating ruts — but he isn’t sure how his team handled it.

This week, the Rams are getting ready to play against rival Tongue River. With a Saturday game, they have an extra day of practice, but McLaughlin is still worried.

He started thinking up ways to clear the field later this week if necessary.

Football teams feature a lot of big, strong guys. Get enough of those together and have them start rolling snowballs from one end of the flat turf field to the other, packing more snow onto the snowballs and pulling it off the field as they go. Then, Big Horn has a clean-enough field, and the sun will melt the big piles when it returns.

“I don’t know,” McLaughlin said with a laugh. “We’ll just kind of make do.”