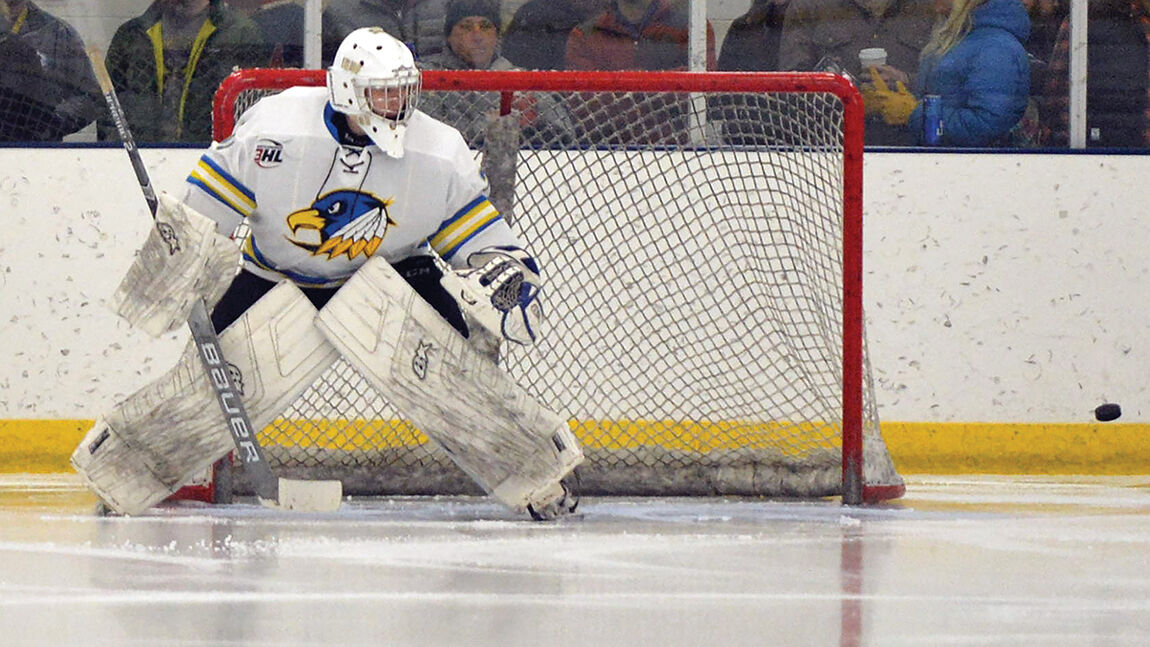 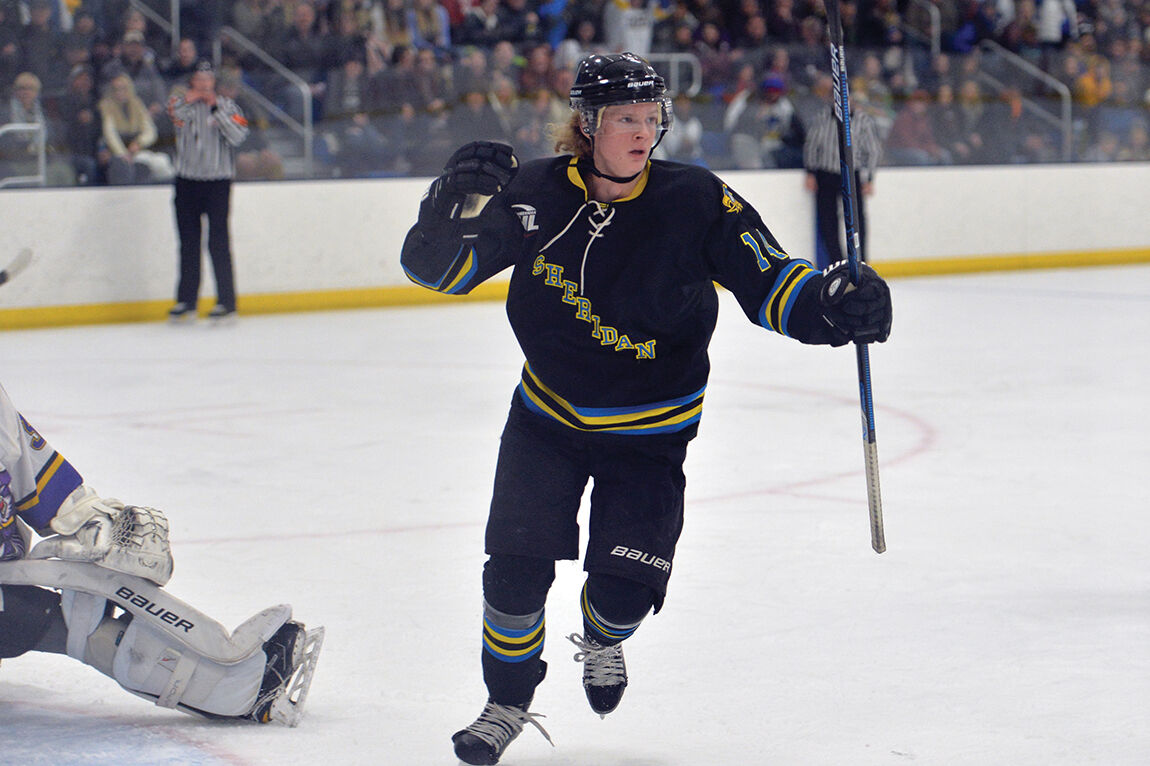 SHERIDAN — Though it was unlikely the NA3HL Sheridan Hawks would replicate their season-opening 7-0 Friday night win against the Bozeman Icedogs, their 3-2 loss Saturday served as a reality check and showed a need for consistent effort from the Hawks.

Scheib expected his team to “compete” against last year’s North American 3 Hockey League Frontier Division leader, but couldn’t predict how the Hawks would perform against Bozeman — Sheridan continues to work through line combinations and defensive pairings.

Logan Syrup, Blake Billings and Jacob Cummings’ performances on the top line, however, proved promising as the trio combined for eight of the Hawks’ nine goals during the weekend. Syrup finished with a hat trick Friday, while Cummings added five assists.

Scheib anticipates relying heavily on his top line for offensive production, and wins will come as the rest of the roster figures out its role in the team’s success.

“It was fun,” Syrup said about his hat trick. “The boys were buzzing. Everyone was just touching pucks around, so it’s always fun when the boys are going. It makes it easy to make plays.”

Forward Peyton Kesselhon opened the Hawks’ season with a goal at 7:21 of the first period Friday. Just over a minute later, Syrup found the back of the net and jumpstarted the first line as Cummings assisted on the score along with defenseman Zach Carson.

Syrup added another with 14:20 left in the first, assisted by Cummings and Billings, to send the Hawks to the first intermission with a 3-0 lead over the Icedogs.

The Hawks added three insurance tallies during the third, and all came on the power play. Syrup completed his hat trick at 8:45, Cummings added his fifth assist of the night on Billings’ goal at 13:02 and Kesselhon finished the dominant performance with his second of the night with four minutes left to play.

Forwards Gavin Miller and Stepan Ruta had an assist apiece in the 7-0 win. Goaltender James Downie, who finished with a 19-save shutout to open the season, also managed an assist on one of the Hawks’ third period goals.

Sheridan took 64 shots on the Icedogs’ goaltending tandem. The Hawks went 3-for-9 on the power play and a perfect 6-for-6 on the penalty kill.

“The rookies can play hockey,” Syrup said. “The rookies are pretty good, and they helped us out a lot this weekend.”

The confidence that came from the Hawks’ 7-0 performance turned into comfort, then evaporated as Bozeman answered their abysmal Friday effort with two third-period goals to take game two 3-2.

The Icedogs struck first, as Kadyn Fennell scored at 9:06 of the first period to give his team the 1-0 lead after 20.

Cummings and Billings responded quickly after the intermission, scoring at 3:02 and 5:59 of the second period, respectively. The rest of the period went scoreless, as the Hawks led 2-1 after two periods.

But Bozeman sought revenge and Hunter Maschke scored 8:05 into the third period, and Tae Evans beat Hawks goaltender Luke Fundator on the power play at 17:05 to take the 3-2 lead.

Sheridan pulled Fundator with 1:16 left to play, and the referees whistled Bozeman for a holding penalty to give the Hawks a 6-on-4 opportunity, though they couldn’t capitalize, and the 3-2 score stood.

“We let them get the early jump, and we had to play from behind,” Syrup said. “So, that’s always tough to do.”

Fundator stopped 23 of the 26 shots he faced, while Bozeman’s Keener made 40 saves on the 42 shots he saw. The Hawks went 1-for-4 on the man-advantage, while the Icedogs finished 1-of-8.

Defensively, Scheib said he saw mistakes from the young blue-liners Saturday night, and he knows his third and fourth lines are still learning how to play “shut down” hockey so the top two lines have room to score goals. But the head coach remains optimistic.

Sheridan hosts the Butte Cobras at Whitney Rink at the M&M’s Center 7:30 p.m. Friday and Saturday. The Hawks were 18-5 at home last season and beat the Cobras all six times the teams faced off.

“There’s a lot of season left to play,” Syrup said. “... We’re ready to have a good week of practice and get into our barn next weekend. Everyone’s super pumped.”