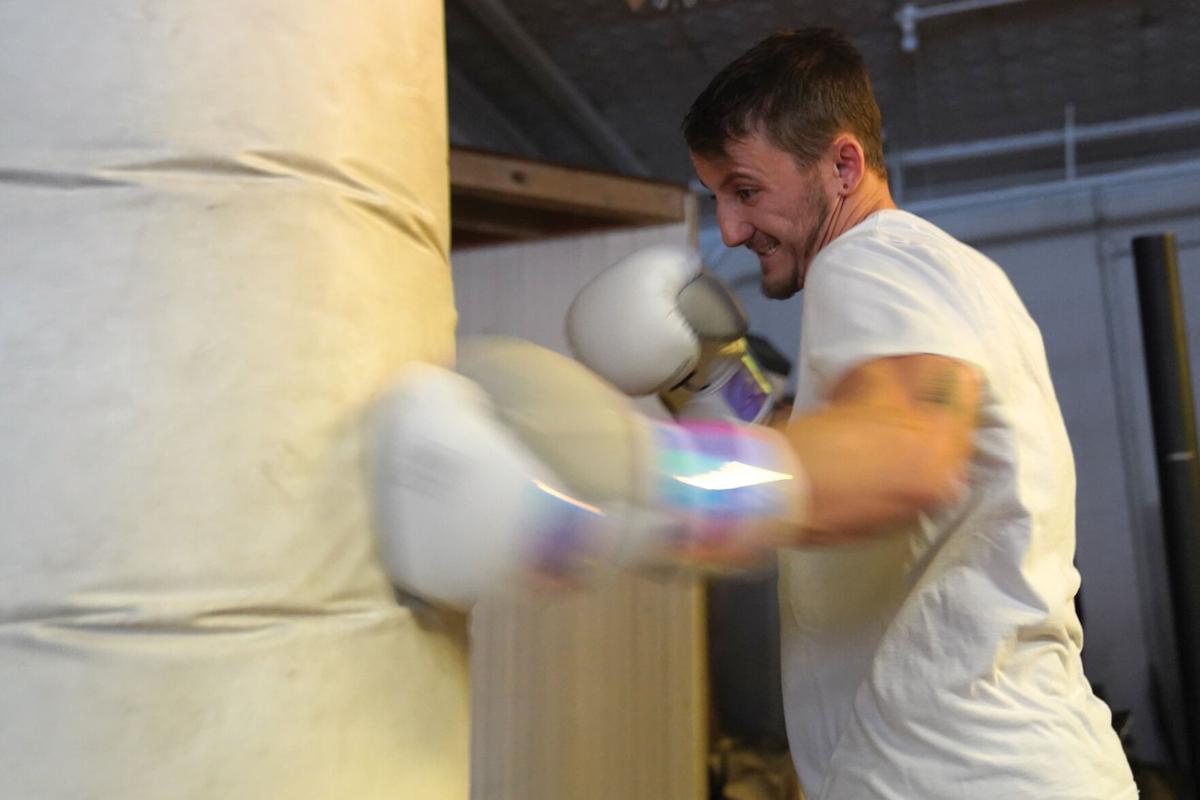 Tyler Cunningham throws a lighting fast left hook on the heavy bag during his warmup at the Two-Bit Swap Shop Thursday, Jan. 6, 2022. Cunningham will be defending his title at the Sheridan County Fairgrounds in the 135-pound division Saturday, Jan. 15. 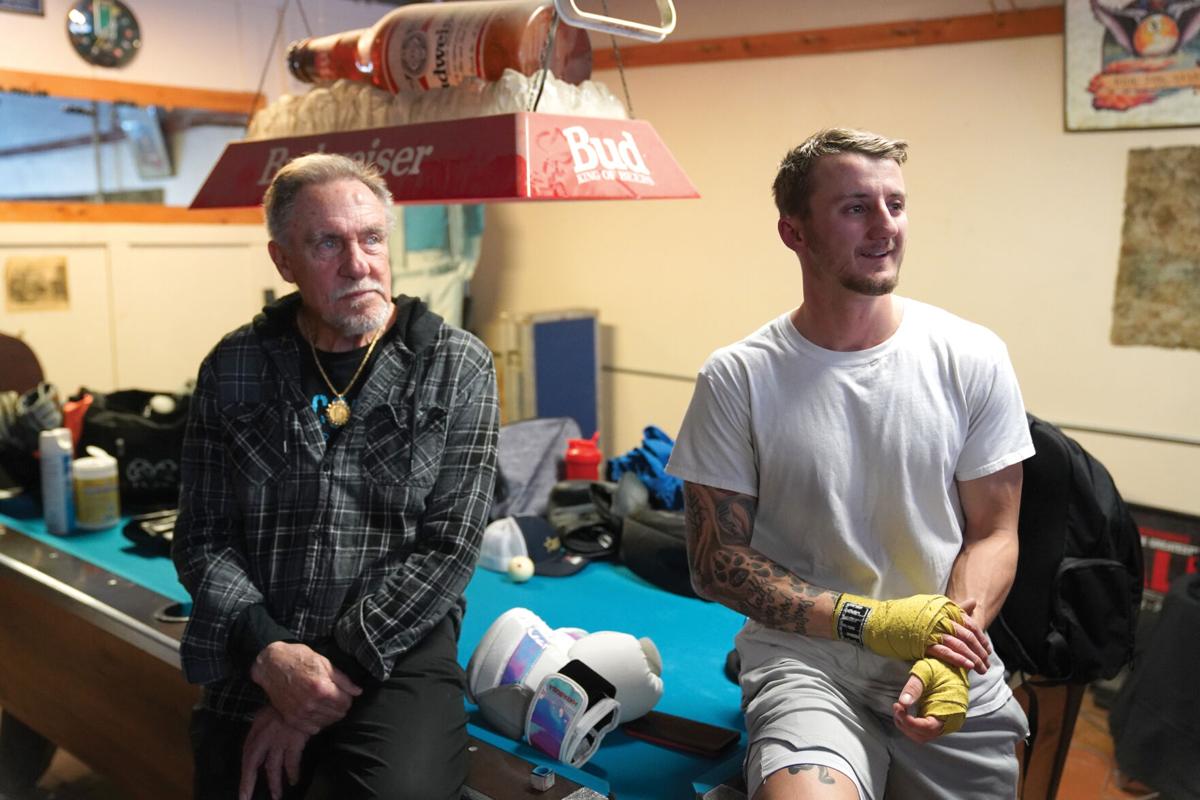 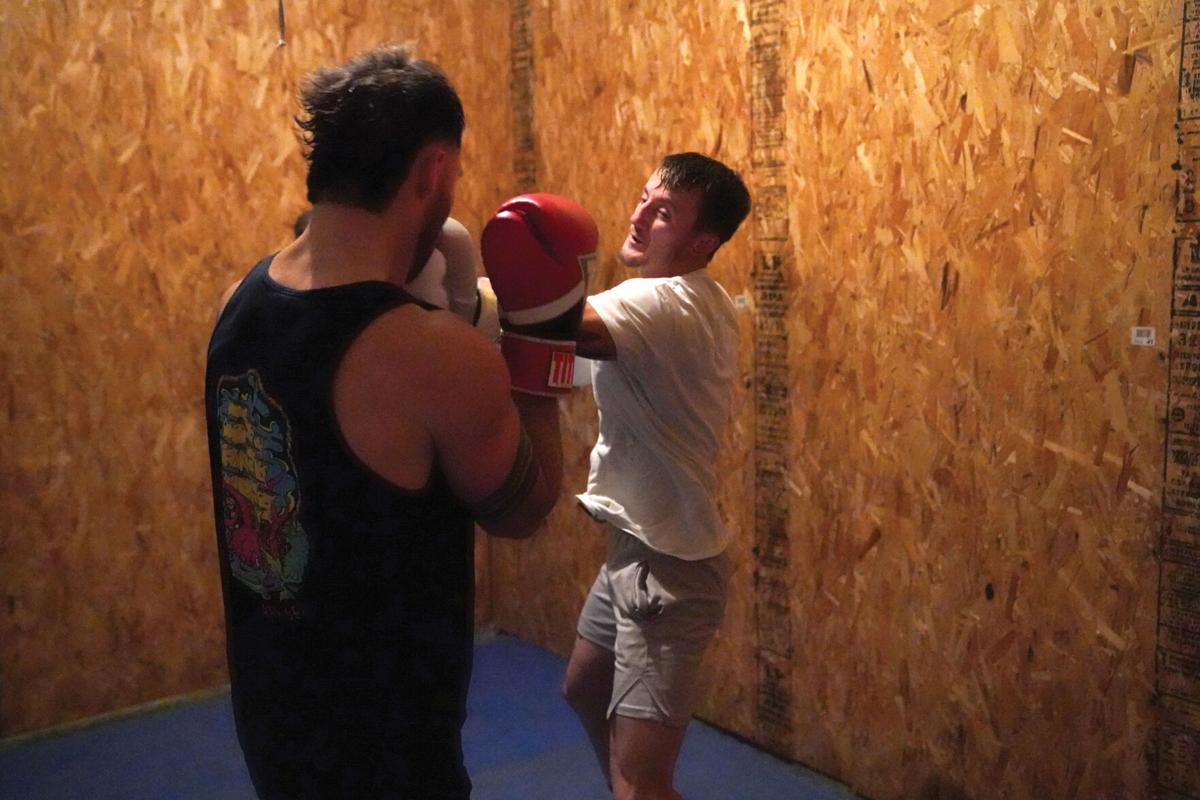 Tyler Cunningham winds up for a straight right during a sparring session with Isaac Harbour Thursday, Jan. 6, 2022.

Tyler Cunningham throws a lighting fast left hook on the heavy bag during his warmup at the Two-Bit Swap Shop Thursday, Jan. 6, 2022. Cunningham will be defending his title at the Sheridan County Fairgrounds in the 135-pound division Saturday, Jan. 15.

Tyler Cunningham winds up for a straight right during a sparring session with Isaac Harbour Thursday, Jan. 6, 2022.

SHERIDAN — Tyler Cunningham possesses a trait Cody Quarterman has rarely seen in his 50-plus years in boxing.

All around Wyoming, Cunningham receives cheers. In Casper, where he typically fights, Cunningham has earned standing ovations.

Why is that strange?

Because he’s from Sheridan, and in boxing, the hometown kid is typically king. Everyone else draws boos or indifference.

Saturday, Cunningham will have the chance to wear the crown in two ways. No. 1, he’ll be defending his 135-pound title in a main-event bout. No. 2, this time, he will be the hometown kid.

The Harden Fight Company will host its first event in Sheridan in two years, bringing talent from all over the region to clash with local competitors like Cunningham and 205-pound champion Brad Klepperich. The night, which includes up to 12 fights, will begin at 6 p.m. at the Sheridan County Fairgrounds Exhibit Hall. General admission tickets cost $25.

“I’m super excited to have one in my hometown,” Cunningham said.

Cunningham’s fight is a rematch against the boxer he beat for the 135-pound title.

Klepperich is not as lucky yet. He’s playing the waiting game. He had an opponent lined up for a co-main event title match, but the challenger dropped out. He hopes the Harden Fight Company finds someone. He hasn’t fought in Sheridan in four years.

Cunningham has endured an even longer stretch on the road. He hasn’t competed in town since his very first match five years ago. A lot has changed since then.

“I’ve become more well-rounded,” said Cunningham, who boasts a 4-1 record and has traveled the state for the sport. “My defense (has improved), definitely. I’m relaxed — as relaxed as you can be in there.”

And he started working with Quarterman. Quarterman, a former Golden Gloves boxer from Sheridan, trains locals for free in the back of his Two-Bit Swap Shop.

“All you have to do is make it past the first round, and Cody will tell you exactly what you have to do to win the fight from that point on,” Klepperich said. “He has that much experience and that much skill.”

Twice a week, Cunningham, Klepperich and more than a dozen others pound a heavy bag and spar with each other in the dimly lit shop. Quarterman likes to throw barbecues for his trainees at his house, too. There, they mingle, the conversations usually flipping to boxing and leading to film studies of each other’s technique.

Cunningham and Klepperich fight only a few times a year. Cunningham last battled in November when he added the 145-pound belt to his collection. Klepperich hasn’t stepped into the ring since September when he claimed his championship.

“This is what we do,” Cunningham said. “We put in the work here, so I can put on a show then.”

Cunningham said he feels nervous before every fight, but this one is worse than usual. He estimates 30-40 friends and family members will be there. Same for Klepperich, if he is able to nail down a match.

“There’s a legitimate concern this might sellout,” Klepperich said.