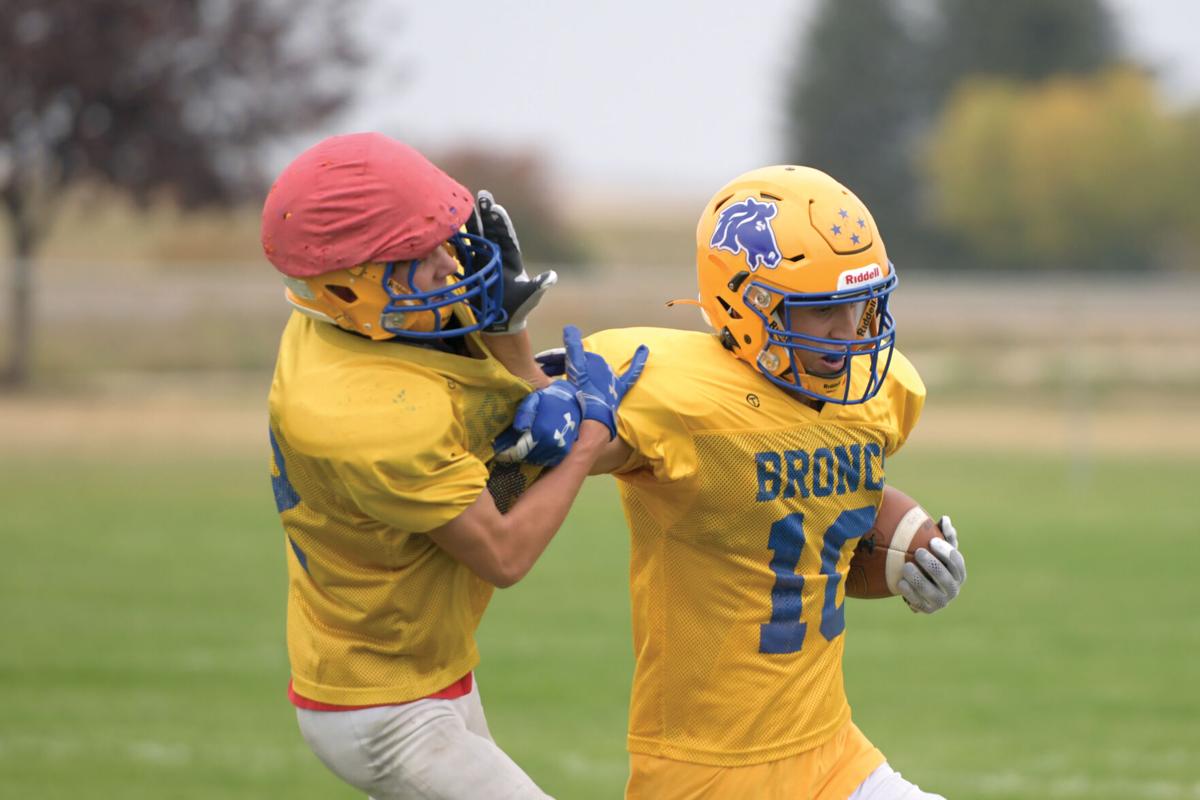 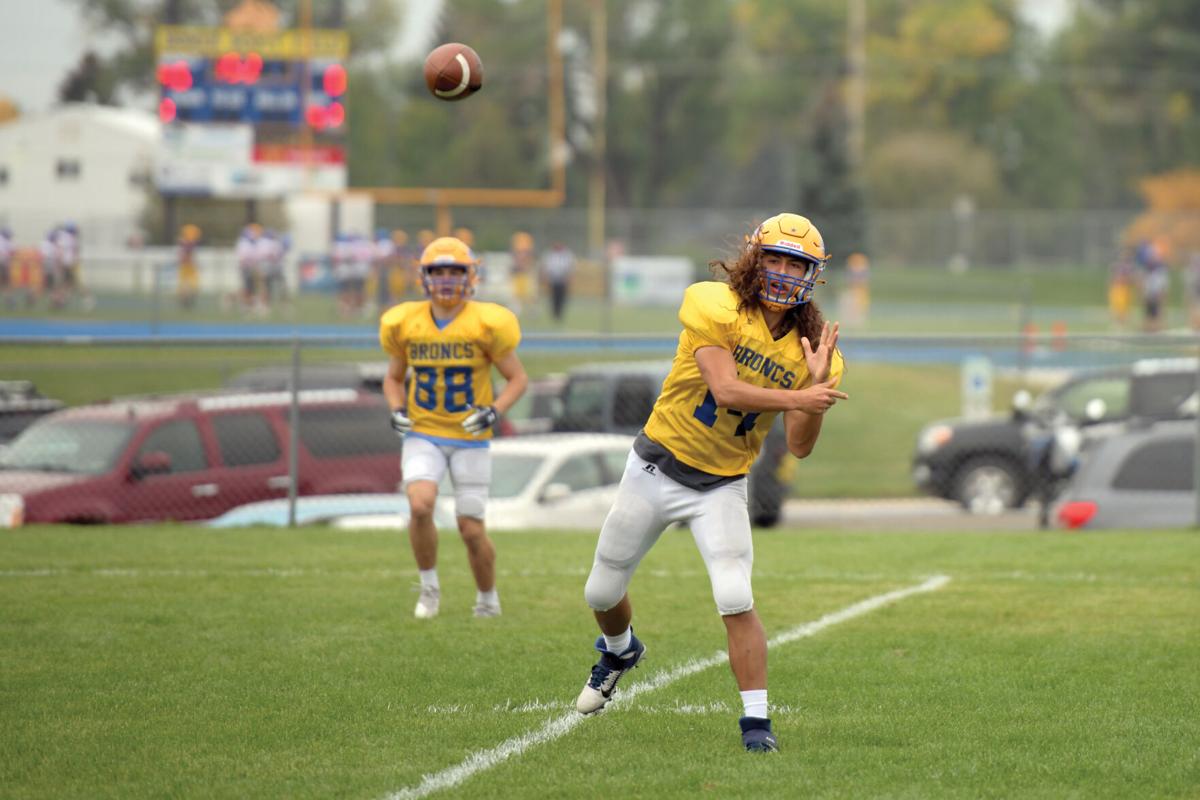 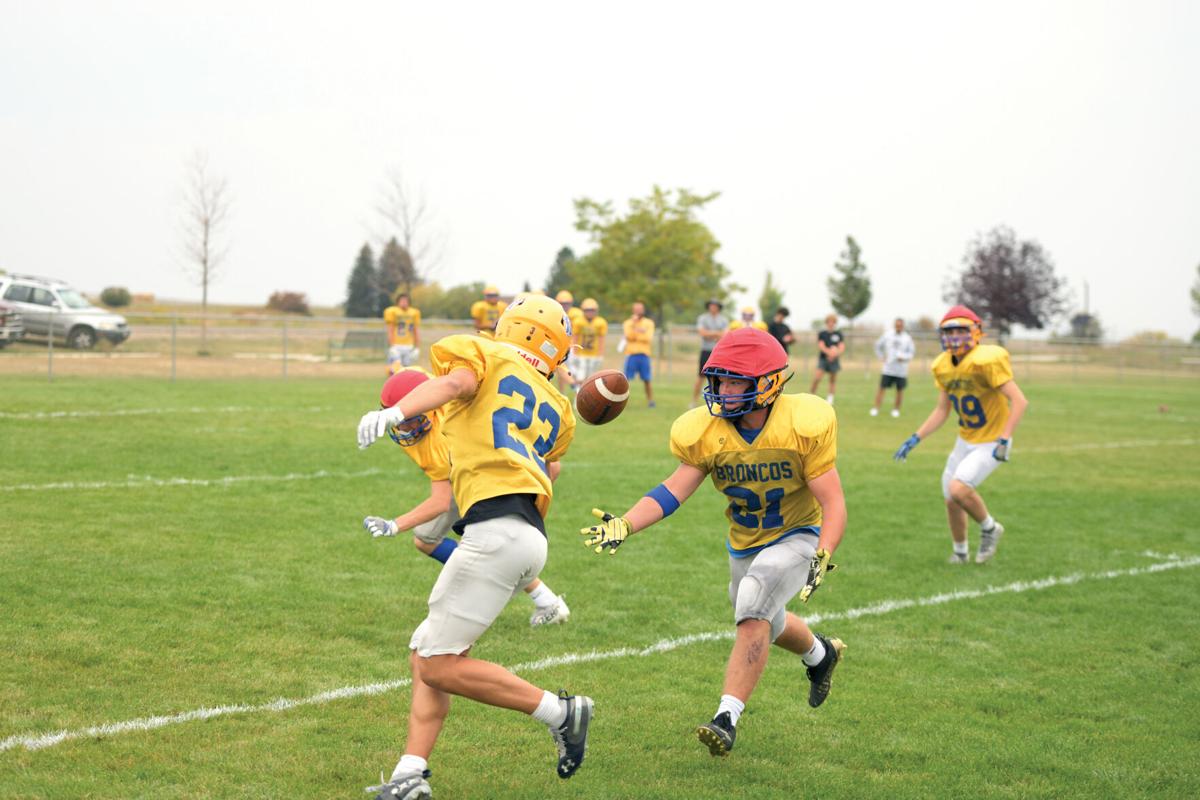 Dane Steel (No. 23) reaches back for a tipped pass and snags it for a catch during practice Tuesday, Sept. 28, 2021, at Sheridan High School. 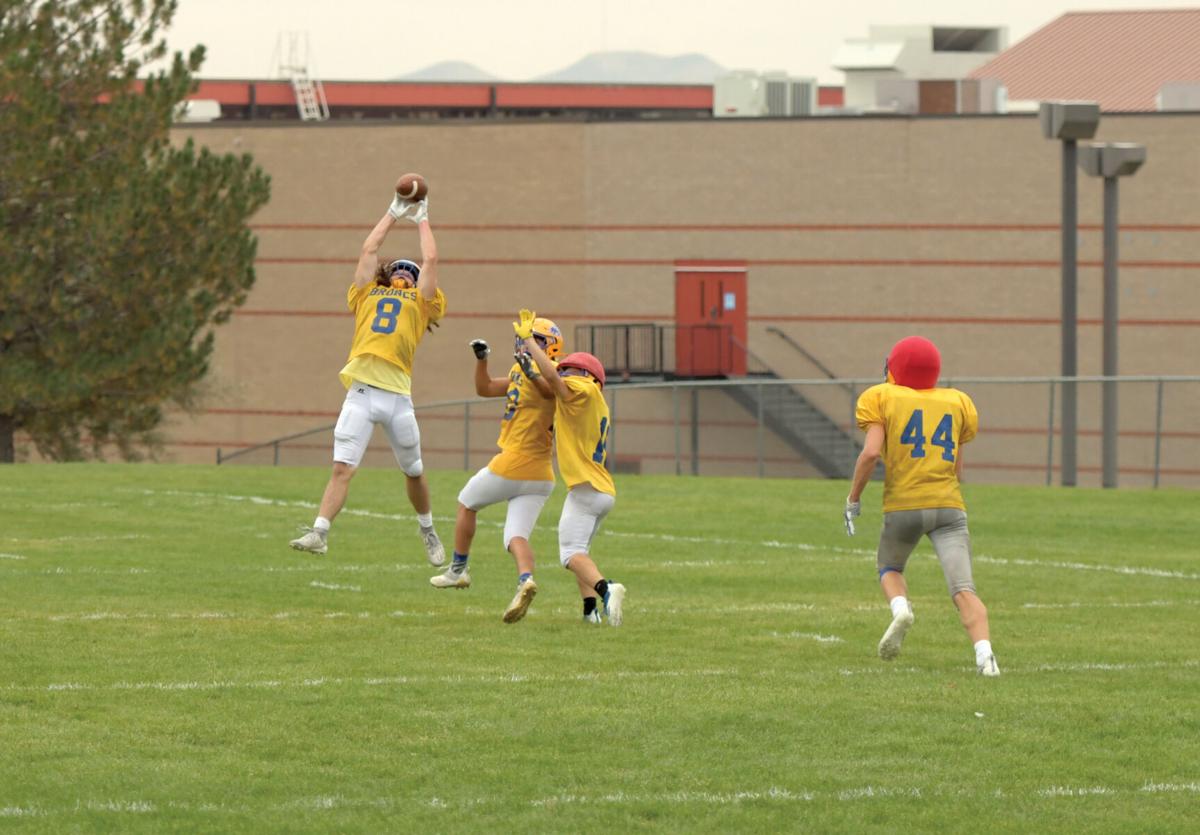 Carter McComb (No. 8) leaps and comes up just an inch short on an eventual incompetion during practice Tuesday, Sept. 28, 2021, at Sheridan High School. 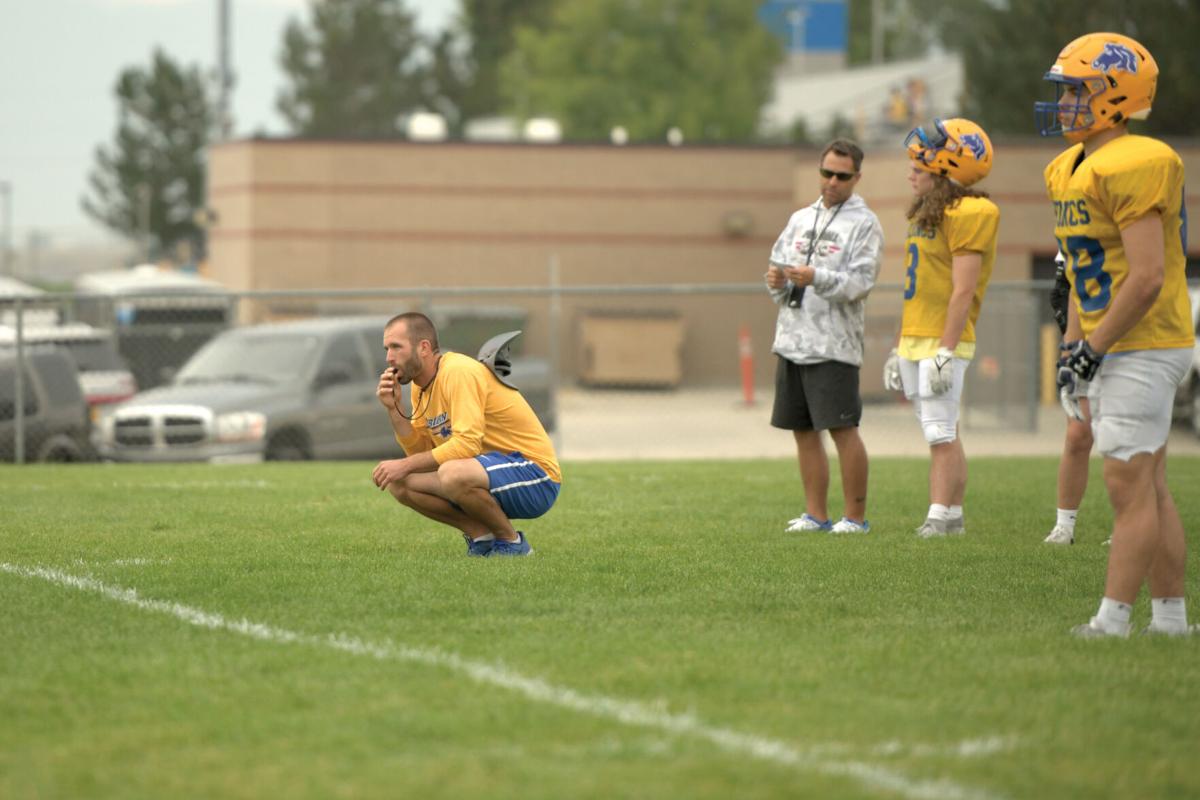 Dane Steel (No. 23) reaches back for a tipped pass and snags it for a catch during practice Tuesday, Sept. 28, 2021, at Sheridan High School.

Carter McComb (No. 8) leaps and comes up just an inch short on an eventual incompetion during practice Tuesday, Sept. 28, 2021, at Sheridan High School.

Once they’re all fed, add a few hours, and they’ll be looking for something else.

For the first time this season, the Sheridan Broncs will enter a game after a loss. They suffered their first defeat at Cheyenne East last week and now turn their attention toward Natrona County.

“We have more of a sense of urgency,” senior Cody Kilpatrick said. “Last week was kind of a wake-up call that we can’t just step out on the field and it’s going to be given to us. We have to work hard.”

The loss at Cheyenne East came down to the final seconds, the second straight Broncs contest to do so. They failed to tie the game on their final drive and lost 24-21.

The road toward those goals continues this Friday.

Natrona County travels to Sheridan with a 3-2 record after a 17-14 loss to Rock Springs last week. The Mustangs have been led by the same head coach, Steve Harshman, for the last 31 years. Mowry said Natrona County’s style — aggressive defense, a physical run game and a well-coached team — reminds him of Cheyenne East’s.

“(Harshman) is a guy who runs a tremendous program with phenomenal athletes and coaching staff,” Mowry said. “The past 20 years, no one has won more games than Natrona County. They just have a tradition of success.”

Last season, following the Broncs’ first loss to Cheyenne Central in mid-September, they dropped two of their next three games, including a 38-31 quadruple-overtime thriller to the Mustangs. Sheridan finished the year with a 7-4 record.

“We’re looking at (the loss) and trying to get better out of it,” senior Chris Larson said. “Last year, we didn’t do the greatest after our first loss. But I think, this year, we’re just looking at the things we did wrong to get better.

Larson, Kilpatrick and Mowry all said Sheridan has some mistakes to clean up. Some are effort-driven. Others involve technique.

But last Friday wasn’t all bad.

“There were a lot of positives, and we always highlight those, too,” Mowry said. “The meetings weren’t all doom and gloom. We had some tremendous plays … We had an opportunity to win.”

The Broncs are hunting that same opportunity this Friday. Kickoff is scheduled for 7 p.m. at Homer Scott Field. The tilt will air free of charge to fans on the NFHS Network.