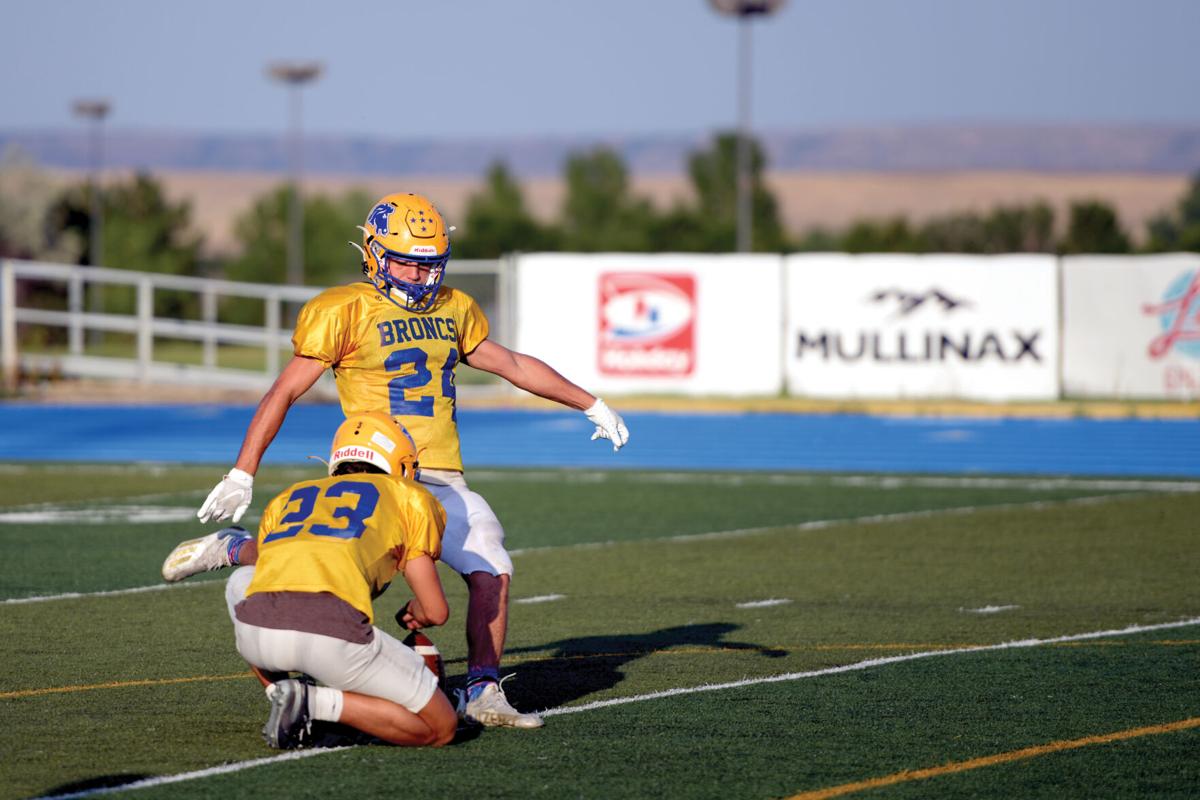 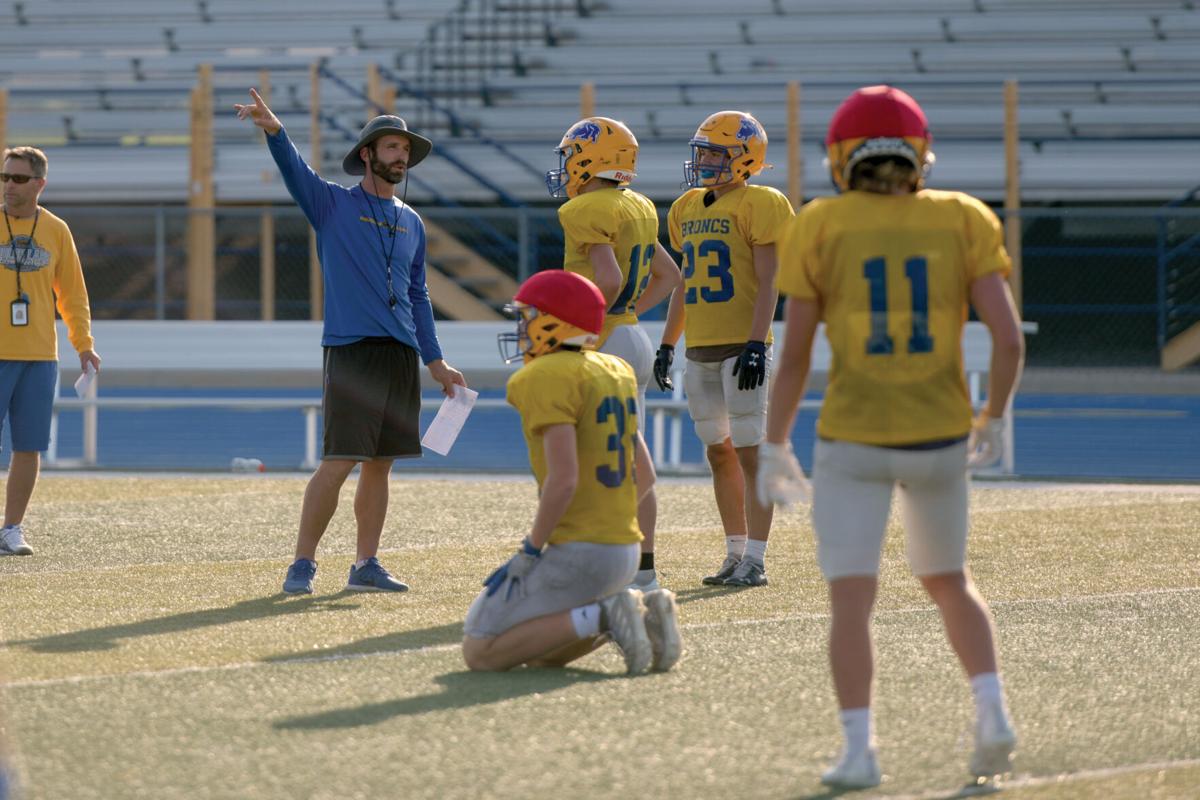 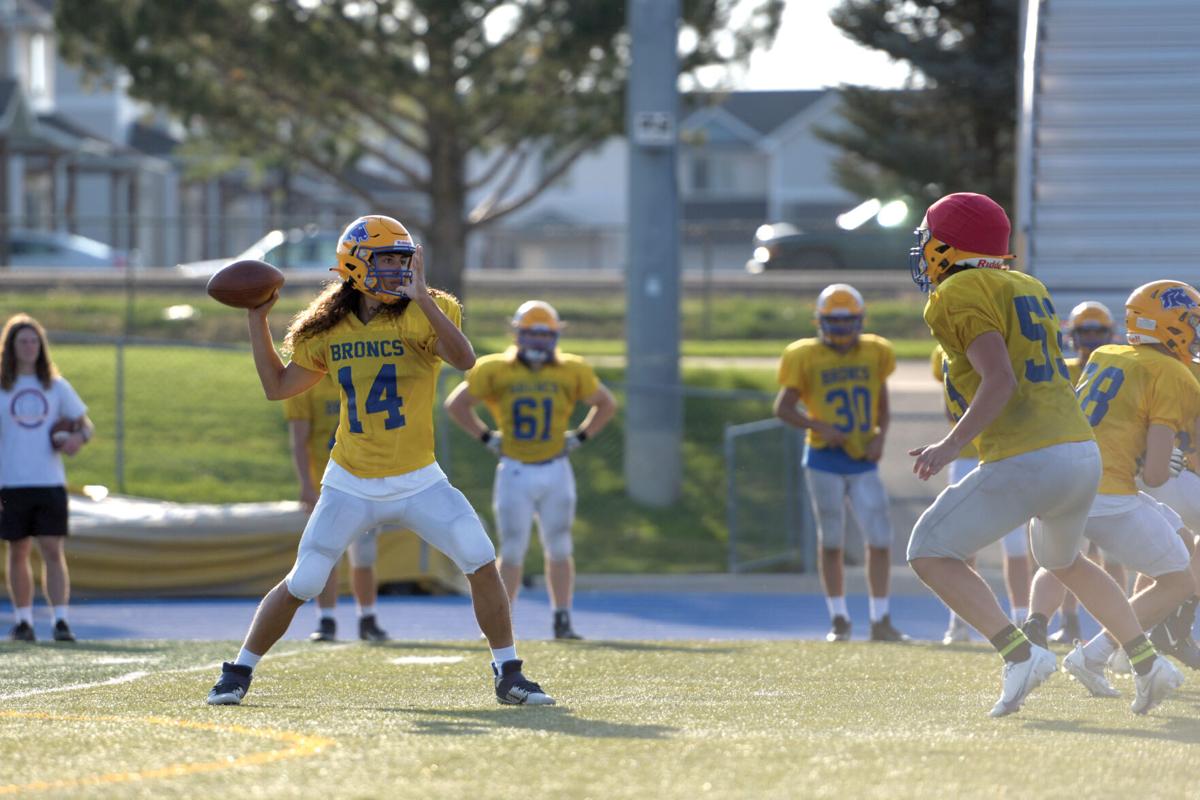 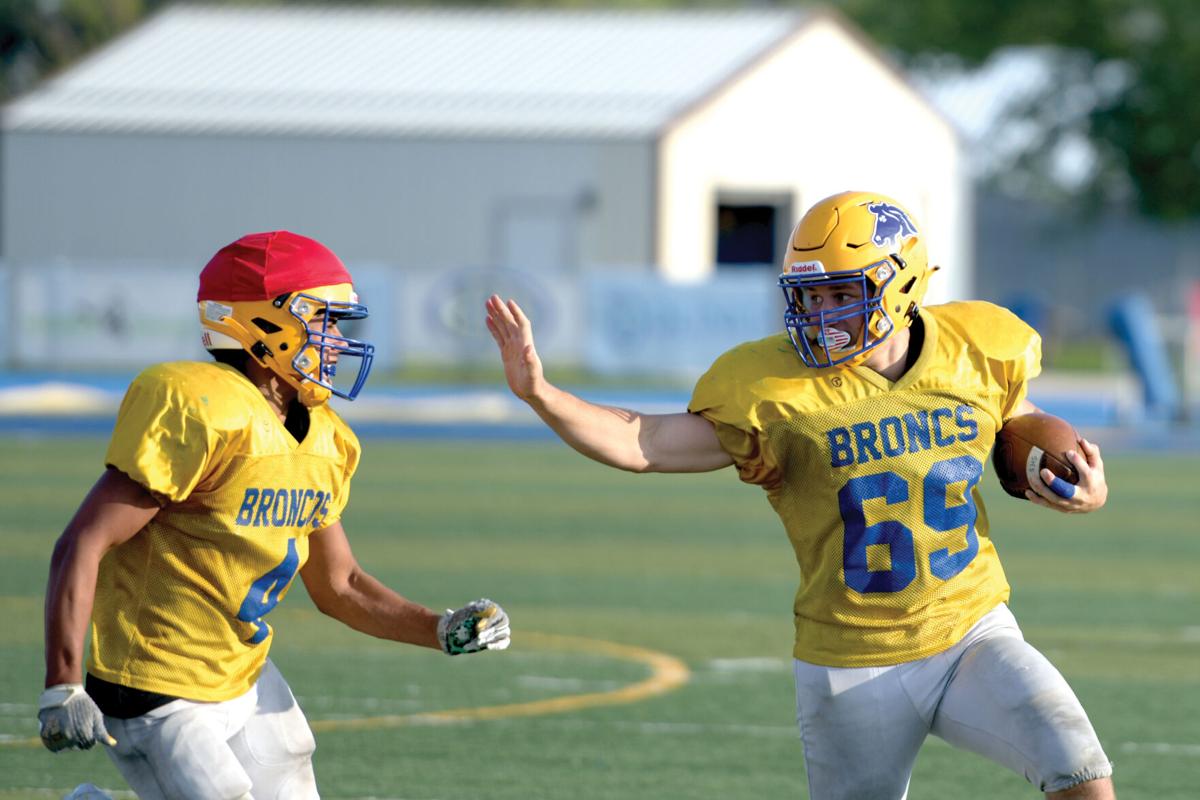 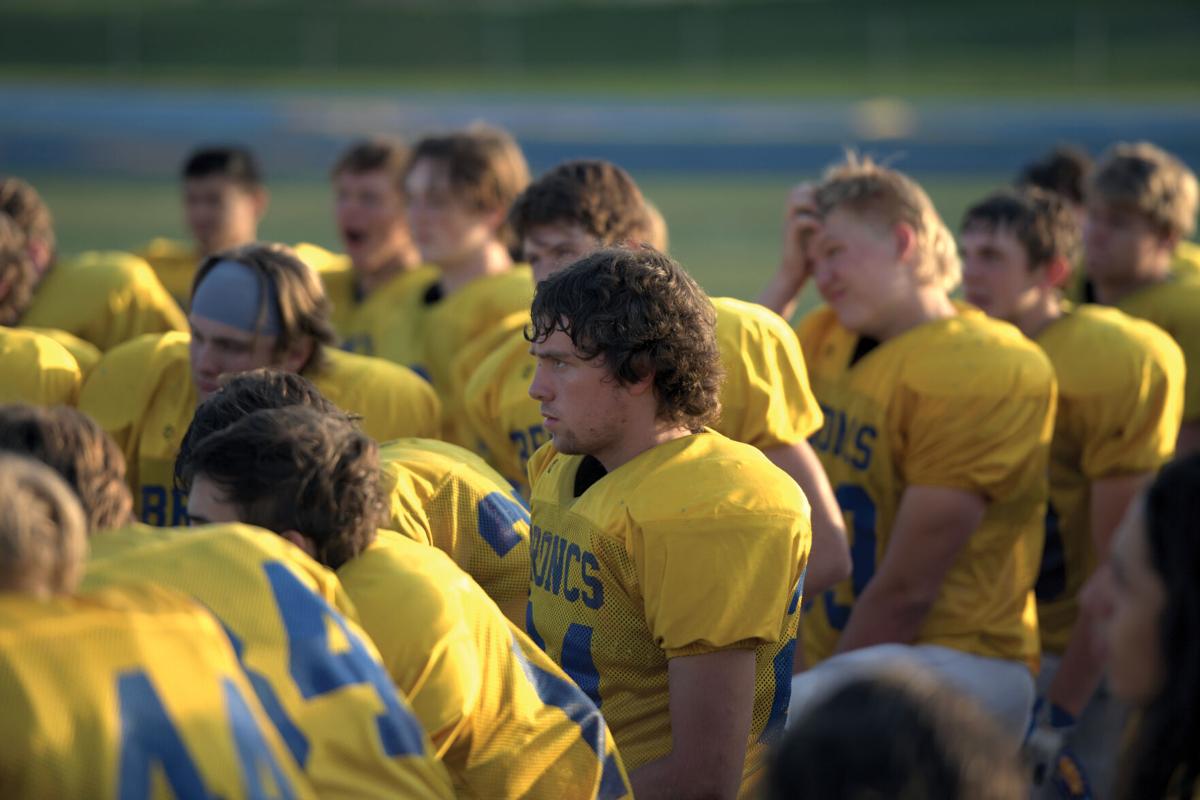 Michael Greer (center) looks on as his coaches speak to the team after practice Tuesday, Sept. 14, 2021, at Homer Scott Field.

Michael Greer (center) looks on as his coaches speak to the team after practice Tuesday, Sept. 14, 2021, at Homer Scott Field.

SHERIDAN — Twenty-four hours before Sheridan football’s biggest game of the year to date, Michael Greer will make himself some ramen noodles.

“I have to do that,” Greer, a senior, said of his Thursday evening ritual. “I don’t know why I like to eat noodles, but I feel like whenever I eat noodles, I play good.”

Friday, he will wear a certain pair of gloves and an undershirt he hasn’t cleaned since summer practices.

“I haven’t washed my undershirt since two-a-days because we haven’t lost yet,” he said. “It’s pretty ripe. I’m not going to lie. It’s pretty bad.”

Greer has to feel ready for Friday’s showdown with Rock Springs. All the Broncs do.

The two teams remain as the state’s only undefeated squads left at the 4A level. Only one will walk out of Homer Scott Field unblemished.

Senior Carl Askins doesn’t have any superstitions like Greer, but he anticipates a tough contest.

“I think it will definitely be a little tighter,” Askins said. “We’ll be playing longer, probably. I think I’m ready for it.”

But Rock Springs has been just as impressive. The Tigers knocked off Campbell County, 2020 state runner-up Thunder Basin and Kelly Walsh by an overall margin of 141-25. On offense, they’ve scored 20 times in 20 chances in the red zone. They feature some rare schemes on both sides of the ball.

“Their offense is very good and very dynamic,” Mowry said. “They line up in about 50 different formations, and I’m not being sarcastic when I say 50. They line up in a ton of different formations, so our defense has to be able to adjust to all those. Defensively, they have a similar scheme. They’ll throw a lot of different looks at us, so we have to be ready for anything and we have to be able to read it on the fly. We’re going to have to score points to be able to hang with this team.”

Rock Springs’ top player is tight end and defensive end Isaac Schoenfeld. The 6’5”, 220-pound senior committed to play college football at the University of Wyoming in June. The Tigers will not only pass to him but give him carries out of the backfield, as well.

To combat Schoenfeld and Rock Springs’ offense, the Broncs have focused on conditioning and being physical this week. They want to take the fight to the Tigers.

“We’ve really got to have the courage and the physicality to stick our noses in there play in and play out and do that for four quarters both offensively and defensively,” Mowry said.

“What else can you ask for,” Greer said. “Mowry says it best: ‘If you aren’t looking forward to that, you’re in the wrong sport.’ This is the game of the week, and everyone’s going to be tuning into this.”