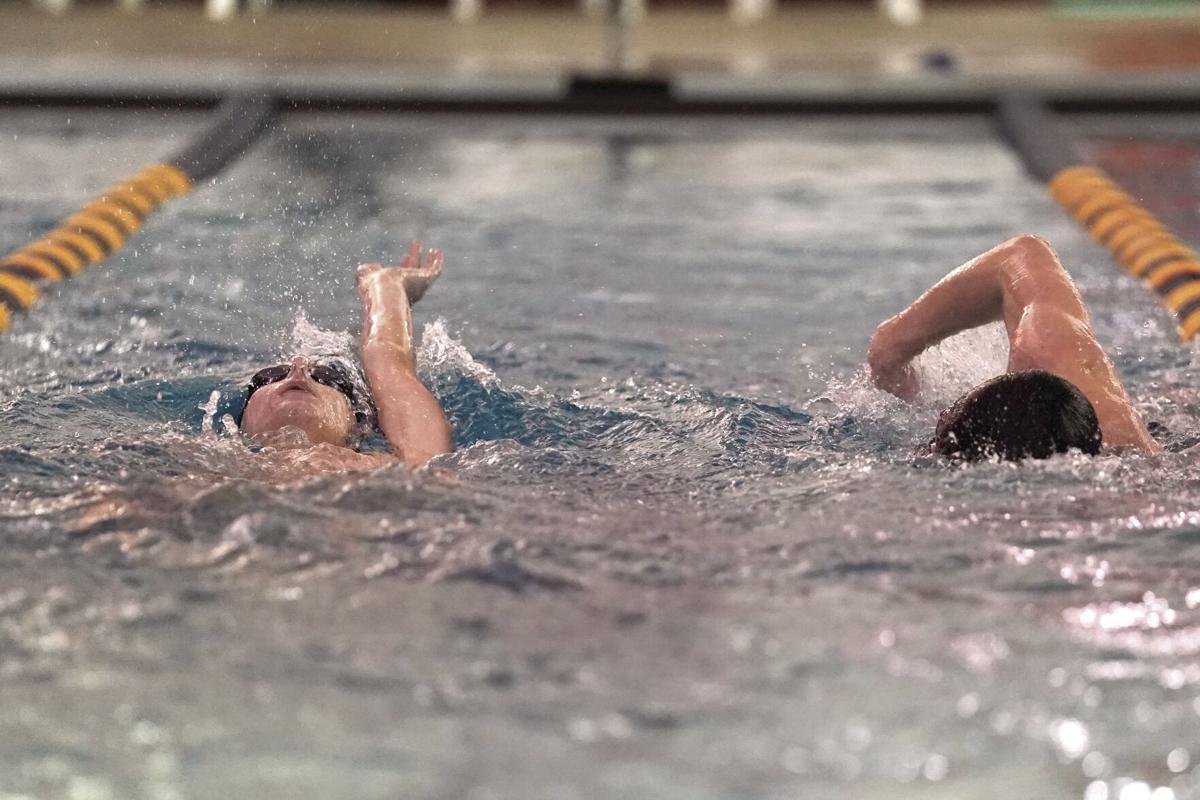 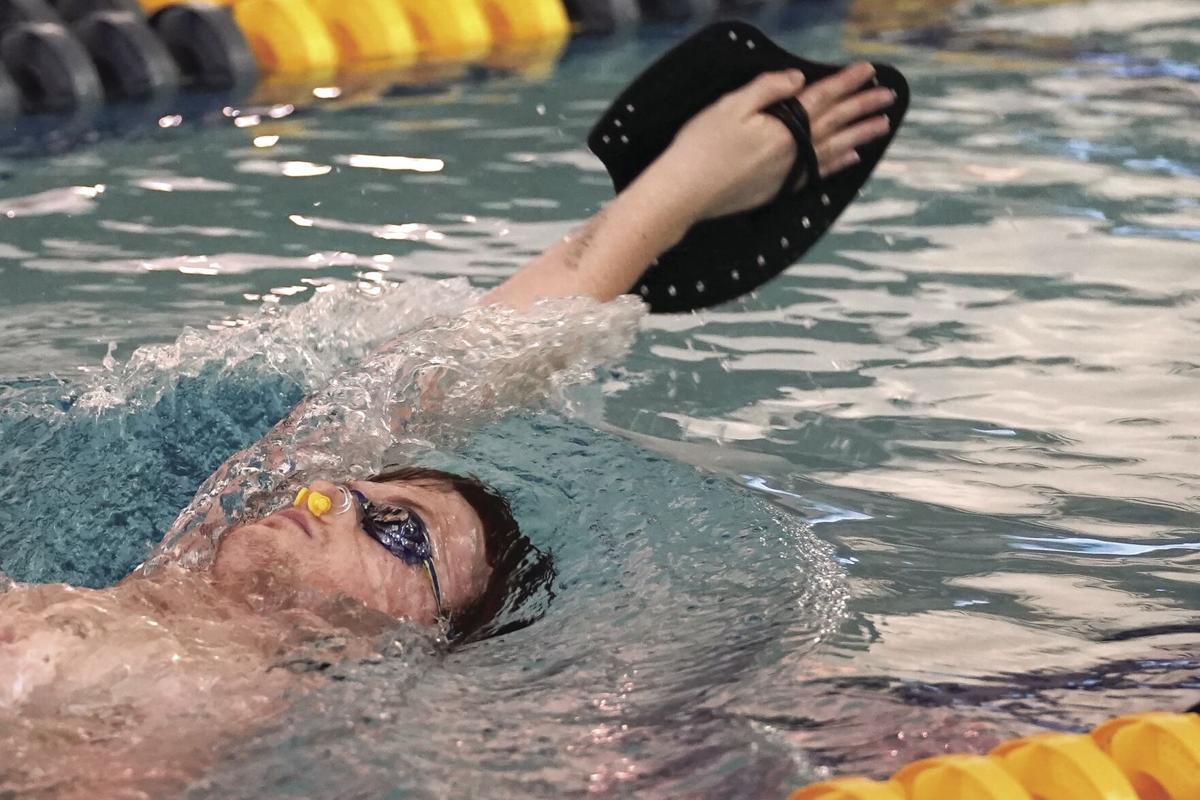 Sheridan’s Aiden Milne does the backstroke during warm-ups at practice Tuesday, Feb. 16, 2021. 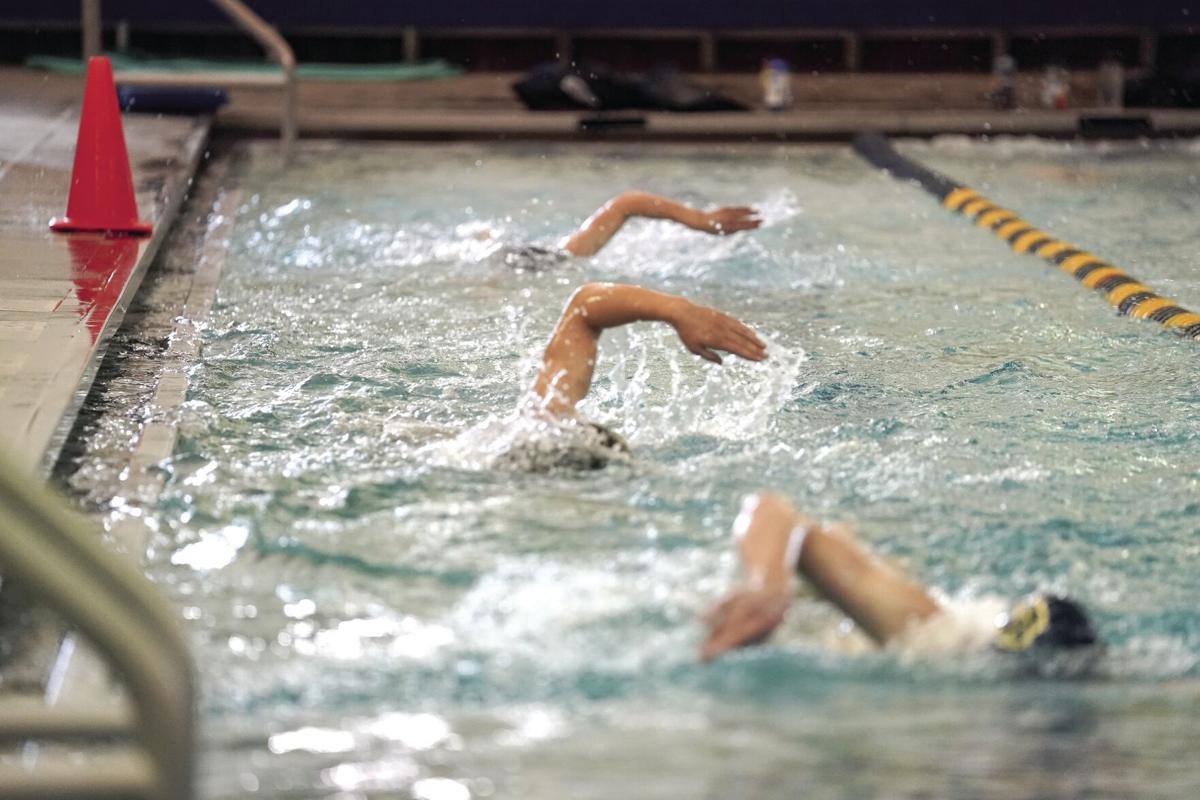 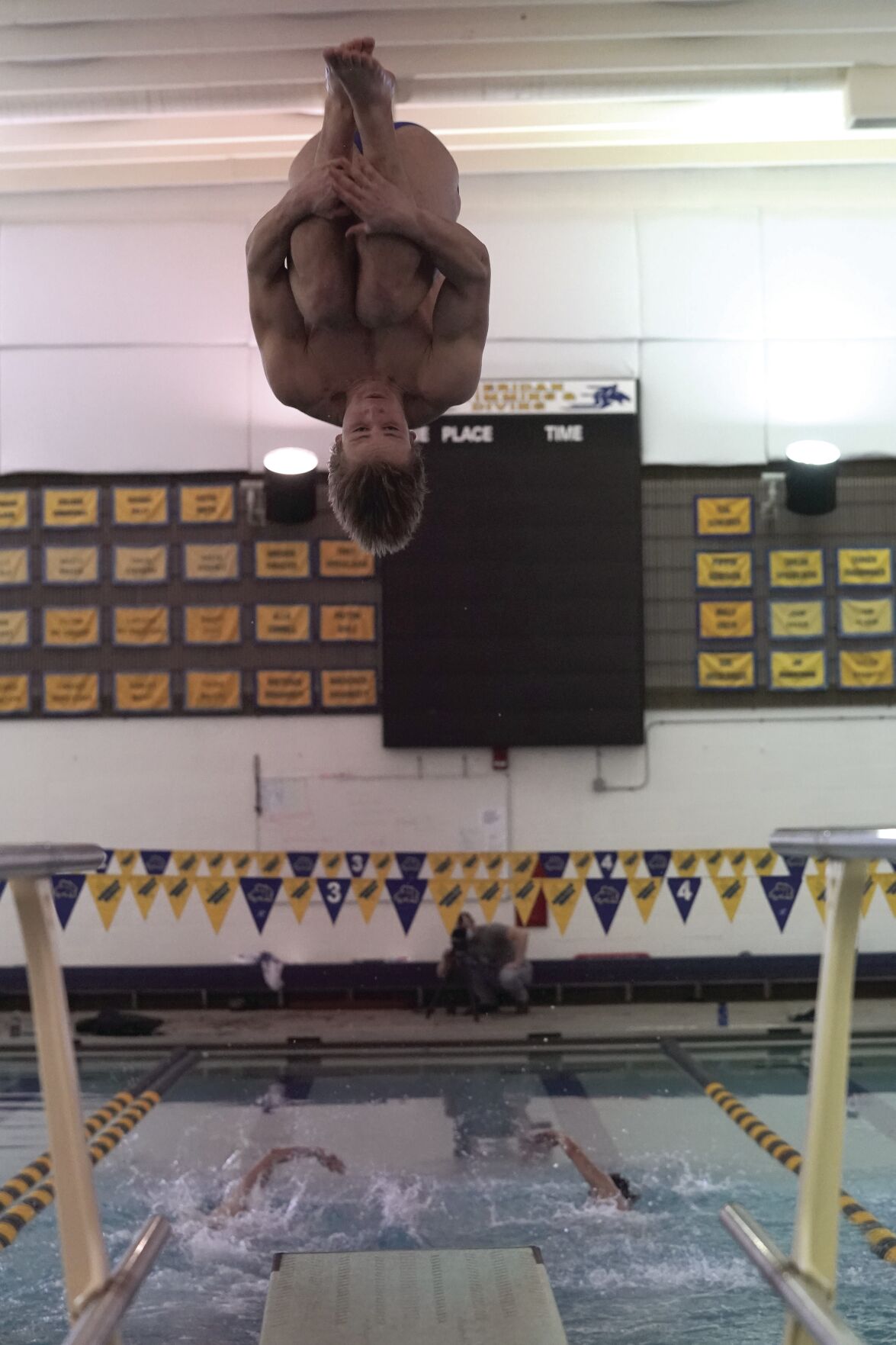 Sheridan’s Aiden Milne does the backstroke during warm-ups at practice Tuesday, Feb. 16, 2021.

SHERIDAN — Though the Sheridan High School boys swimming and diving team’s participation numbers grew prior to the start of the season, the greatest growth the Broncs have seen throughout the season has come in the way of effort during practice, confidence before meets and family-like camaraderie between the underclassmen and upperclassmen.

“Overall, as a team, we put in a lot more effort,” junior Ben Patten said.

“Last year we had swimmers sitting on the wall during some practices,” junior Bryson Shosten added. “But this year, every swimmer has been trying to finish every set, finish every interval, and it’s just been way better this year than previous years.”

That physical and mental commitment to development will be put to the test Thursday and Friday in Laramie, as the Broncs swim in the 4A State Championship meet.

Almost exactly 50% of the 21 Broncs qualified for the state championship meet. Of the 11 now-qualified competitors, three swimmers qualified in four events at Sheridan’s conference meet Feb. 5 and 6 when Sheridan won the Northeast conference against Campbell County and Thunder Basin.

Sheridan’s 21 swimmers and divers this season served as the largest group the team has rostered in the past 10 years, and head coach Brent Moore saw the increased numbers help the team’s competitiveness, anticipating the Broncs fighting for the third or fourth spot in the state this week. Sheridan finished eighth at the state meet last season.

After the Broncs won 17 meets during the season, the swimmers and divers hope to swim their best but not change their mindset and approach that has brought them previous success.

The Broncs have tapered off the past week during practice, focused on training their fast-twitch muscles instead of slow-twitch ahead of the state competition and stopped morning practices for the past two weeks to allow for additional rest.

Prior to the swimmers’ tapers, Sheridan competed with each other to see who led the swim lanes during practice, and Moore saw the more inexperienced underclassmen develop their technique physically and the upperclassmen develop into leaders.

“I guess what’s surprised me is how much more mature this group has been and proven to me in the way they approach practices,” Moore said. “We’ll sit and talk about how they want to race this weekend, and they’ve always stepped up every time. That’s been super cool.”

Lone senior Francisco Gallegos helped lead the Broncs to becoming serious about their training in and out of the pool, and several juniors embraced their status as upperclassmen. Moore welcomed several non-qualified swimmers to practice leading up to the state meet, as the head coach knows the intrateam competition benefited Sheridan all season.

In preparation for the winter sport’s culminating event, Moore noticed the Broncs embrace the changes associated with smaller meets, as the swimmers and divers didn’t allow COVID-19-related protocols to set them back. Without visiting spectators allowed at away meets throughout the season, Moore said the Broncs managed to create their own intrateam energy despite Sheridan fans being unable to travel with the team.

The altered format for meets also meant the Broncs swam against teams like Cheyenne East,  Kelly Walsh and reigning 4A State Champions Laramie a couple times each but never competed against last year’s second-place team, Cheyenne Central. On paper, Moore and the Broncs know what to expect from which swimmers, but the head-to-head matchup against teams like Central Thursday and Friday brings an element of the unknown.

When the swimmers take their marks and divers take to the diving board, the nearly three-month long season marked by growth will culminate with aspirations to stand on the podium in Laramie.